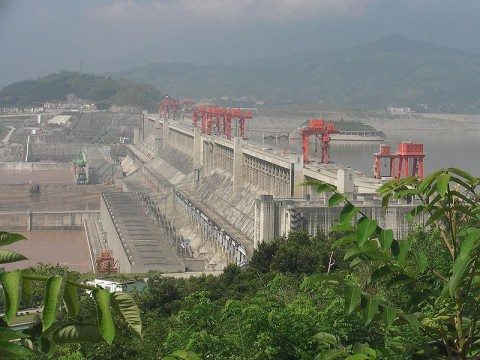 The Three Gorges Dam is a monumental sight. Photo courtesy of Wikipedia.

One of the most fascinating sights along the Yangtze, the Three Gorges Dam is an impressive marvel of engineering. Construction began in 1994 and the dam officially opened in 2008, though electrical capacity and other features are still being added. It is the world’s largest power station in terms of raw installed capacity, with a planned electrical output of 22,500 Megawatts. But river cruisers are more likely to be impressed with their transit of the locks that precede the dam; locks that have made navigating this river safer than in the past. 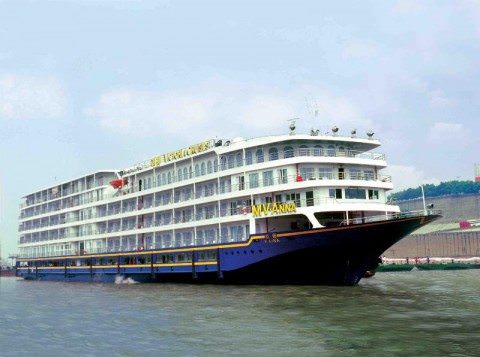 Two locks are located near the dam itself.  These locks are made up of five individual stages, and the entire transit process takes roughly four hours.  Ships of up to 10,000 gross tons can use the locks, which are 918 feet long, 114 feet wide and 16.4 feet deep. They are designed as “staircase locks,” meaning the lock gate serves as both the upper and lower entrance.  The design is similar to that of the Panama Canal.

In 2014, there will be another way for ships to ascend or descend the waterway: a ship lift.  Designed to act like an elevator, any ship under 3,000 gross tons will be able to use this, reducing transit time from four hours to forty minutes, approximately. 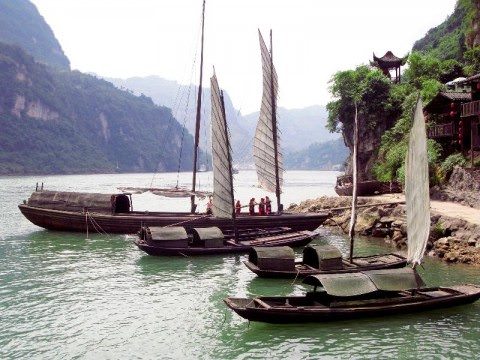 Be sure to have your camera handy for this magnificent journey. Photo courtesy of Uniworld River Cruises