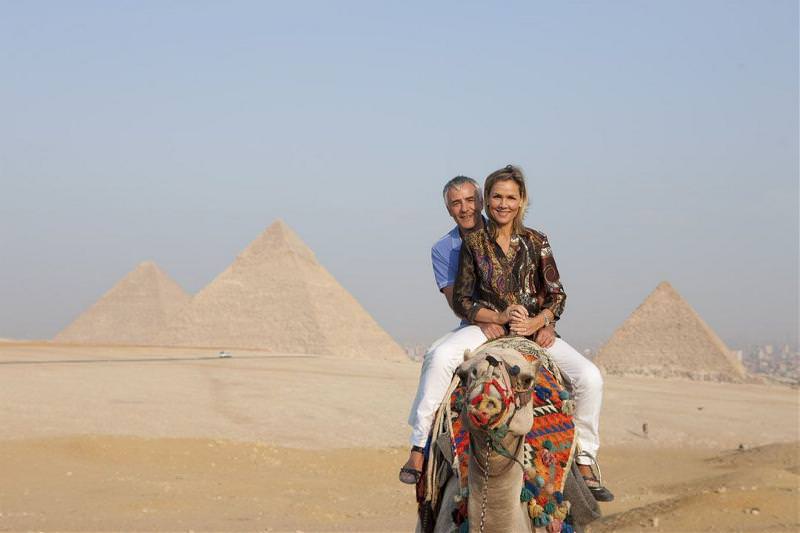 The ancient pyramids of Egypt are the main draw in Giza. Photo courtesy of Uniworld River Cruises

The third largest city in Egypt, Giza’s primary claim to fame is as the home of some of the most revered monuments in Egypt: the Great Sphinx, the Pyramids of Giza, and the other pyramids and sites that make up the Giza Plateau.

Located on the banks of the Nile, Giza boasts a population of just under three million, with a total suburban population of roughly seven million.  This puts it second in the world, tied with Incheon, South Korea.

Much has also been written in guidebooks and online about Egypt; indeed, “culture shock” can be putting it mildly, particularly after the revolution that occurred in early 2011.  Prepare for horrific traffic, poverty, pollution and aggressive vendors outside the pyramids.  But be informed, not scared: the rewards of traveling here are numerous and unforgettable.

With its abundance of Egyptian culture intermingled with the remnants of early British occupation, Giza is well worth a visit on its own, though the remarkable monuments to Ancient Egypt continue to be the main draw for travelers around the world.

Most Egypt and Nile cruise itineraries include Giza as part of their land-based cruise extension, typically putting travelers up in hotels situated in nearby Cairo.  The river cruise portion of these itineraries begins in Luxor, Egypt.

There’s no resisting it: the monuments of Ancient Egypt are an absolute must-see for any first-time visitor.