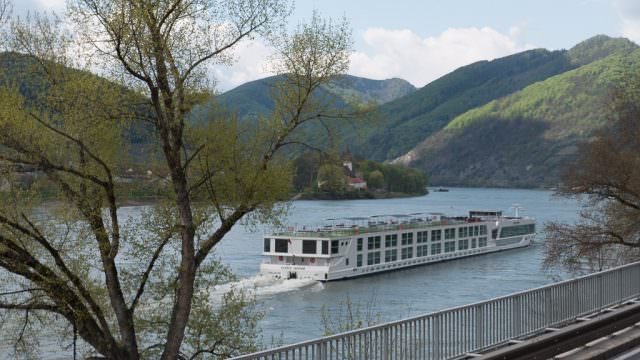 Danube river cruises are among our favorites. The Danube, in fact, is our number one choice for people new to river cruising. You’ll find itineraries that sail between Passau, Germany and the Black Sea and packages that range in length from 5 to 23 days. 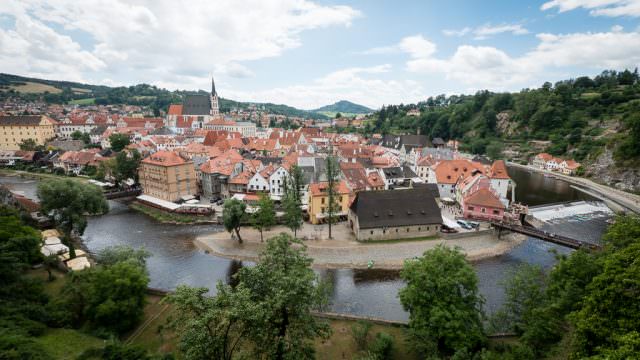 About the Danube River

Flowing through Central and Eastern Europe, the Danube is the second longest river in Europe. It spans for 1,777 miles from Germany to Ukraine. On a Danube cruise, you’ll typically travel between Germany and Hungary, although some river cruises sail all the way to the Black Sea.

The most common itinerary for a cruise on the Danube is between Passau, Germany and Budapest, Hungary. Prague is often listed as a starting or ending point of a cruise; however, Prague is not located on the Danube River. It’s about 140 miles north of Passau and about 190 northeast of Nuremberg.

Danube River cruises are often combined with other waterways, such as the Main-Danube Canal, the Main River, the Rhine River and sometimes the Moselle and the Dutch and Belgian Waterways. Unless otherwise specified, most Danube cruises are “Western” Danube voyages that sail from Budapest to Germany or reverse. Eastern Danube voyages, from Bucharest to Budapest, are also quite popular, and are marketed under the “Eastern Danube” moniker. 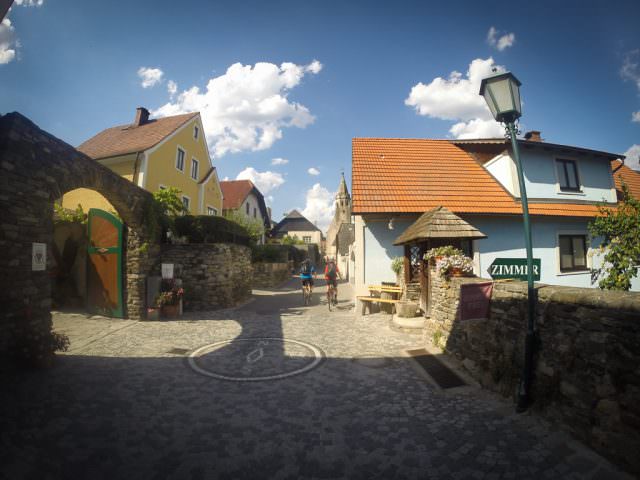 The Wauchau Valley is located in Austria between Melk and Krems. It’s one of the most beautiful stretches of the river.  A few cities in Austria that are often featured are Linz, Melk, Durstein, Vienna and sometimes Salzburg, as an excursion.

Other prominent cities often visited on a Danube river cruise include:

If you travel to Bucharest, you will cruise through the Iron Gates, which is a river gorge that forms a border between Serbia and Romania.

This information is intended to give you an overview and a general idea of what different river cruise companies offer. With regard to itineraries – they change from year to year and sometimes within a year. The number of itineraries listed for some of the companies does not include reverse itineraries. For example, a reverse river cruise from Passau to Budapest would be Budapest to Passau.

Most of the ships that are listed also cruise on other waterways that are connected to the Danube. You might notice a ship you’re familiar with that cruises on the Rhine River, too.

For itineraries that include Istanbul, your Danube River cruise will end in Rousse, Bulgaria. You will take a motor coach to Plovdiv, Bulgaria where you will begin you will fly to Istanbul for a three-day journey.

There are also cruise packages that include the Main-Danube Canal and are between Nuremberg and Budapest.

Interesting to Note: AmaWaterways is the only river cruise company that begins and ends cruises in Vilshofen.

Interesting to Note: Avalon Waterways is the only company that includes Munich in the package. (Other companies might offer a visit to Munich as an add-on destination.)

For cruises that travel to Constanta, Romania, the river cruise ends in Tulcea where you will be transferred to Constanta by motor coach.

Emerald Waterways has one itinerary on only the Danube River. It’s from Budapest to Bucharest. The other cruises include the Main-Danube Canal and are between Nuremberg and Vienna, Budapest and Nuremberg to Bucharest.

If Prague is listed in the itinerary, you will transported between Nuremberg and Prague by motor coach.

Interesting to Note: Emerald Waterways has one one itinerary for just the Danube River. The other itineraries extend to or from the Main-Danube Canal in Nuremberg.

UK-based Riviera River Cruises offers a wide variety of competitively-priced river cruises on the Danube, including seasonal Christmas Markets departures, itineraries designed for solo travelers, and an 11-day cruisetour that offers a land-based extension in Budapest.

Interesting to Note: Riviera is one of the few river cruise companies to offer Danube voyages shorter than one week in duration.

Scenic has packages that travel between Budapest and Bucharest and Vienna and Bucharest. For trips that include the Main-Danube Canal, cruise travel is between Nuremberg and Budapest.

If Prague is a featured city, you will be transported by motor coach between Nuremberg and Prague.

Tauck offers cruises on the Danube River betweenVienna and Passau, Budapest and Passau and Budapest tand Bucharest. There is also a Christmas itinerary between Nuremberg on the Main-Danube Canal and Vienna.

Interesting to Note: Tauck is the only company that features Targoviste or Translyvania in the itinerary.

If Prague is listed in the itinerary, transportation will be by motor coach between Nuremberg and Prague.

Viking River Cruises offers cruises on the Danube between Budapest and Passau and Budapest and Bucharest. The company also has an itinerary from Nuremberg on the Main-Danube Canal to Budapest.

There are add-on options available. Otherwise, what you see in the itinerary is where your river cruise will begin and end.

Interesting to Note: Viking River Cruises has fewer Danube River cruise itineraries than most suppliers; however, the company has the highest number of vessels that cruise on the Danube.