It's Time To Get On With Life - And River Cruising

I just returned from 18 days in Europe. Never mind that Covid was surging in many European countries during my travel, particularly in France where I spent two weeks on two barge trips. The high case counts in Europe gave me reason to think twice about traveling abroad, but after two years of postponing, the question confronting me as I made plans to travel was, “If not now, when?”

My take-away after returning home? It’s time to stop fearing Covid. If you’re vaccinated and boosted, or otherwise protected, there’s little reason not to move forward with your travel plans.

I’m not someone who says this lightly. My goal in writing for this site has always been to be honest and transparent. In what follows, I’ll tell you what happened, the good and bad so that you can make your own decisions. After all, my editorial mission from the start, more than 30 years ago, has been to provide resources that help people make informed travel decisions. 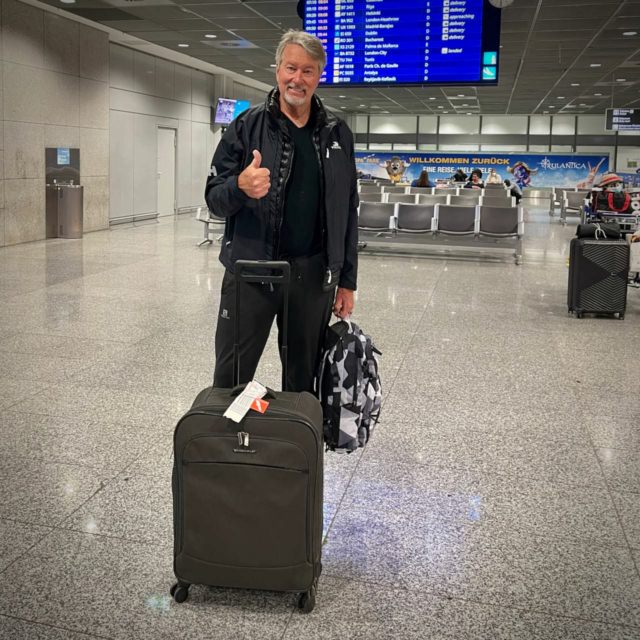 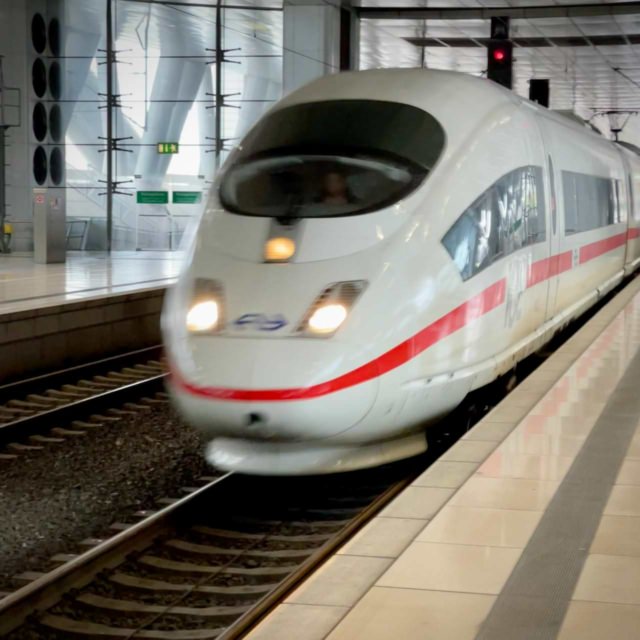 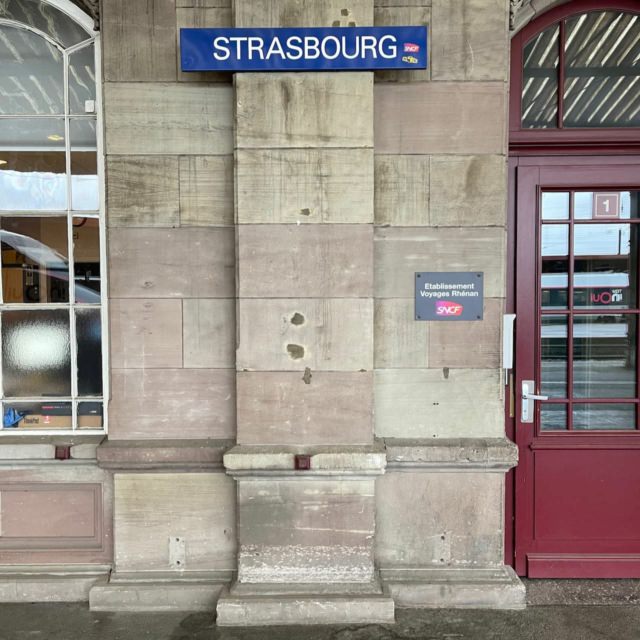 I was a reluctant traveler, eager to avoid Covid infection, which I have managed to do, probably because of my vaccination status. When I saw case numbers accelerating in France, the thought crossed my mind that maybe we should postpone once more. The “we” is a group of 30+ that I would host on two barge trips. We’d postponed twice, April of 2020, during the inception of the global pandemic, and again in 2021. The barge operator, CroisiEurope, would have allowed us to postpone again, but the group was ready to travel despite the risks.

We weren’t alone in our thinking. An April 18, 2022 story in The Wall Street Journal confirmed what we already knew. Titled BA.2 Proves the Pandemic Isn’t Over, but People Are Over It, the story cited a Monmouth University study revealing that 73 percent of Americans polled in mid-March agreed Covid-19 is here to stay and people should get on with their lives.

Federal agencies also supported the sentiment that we should ditch the shackles and get on with life. When we left home, the U.S. State Department and the CDC had standing “Do Not Travel” advisories for most of Europe (and much of the world). But both agencies lifted their advisories midway through our trip. Today, neither agency advises that fully vaccinated travelers avoid countries such as France.

A few days after leaving home, we were on the first of two barge trips. We felt comfortable without wearing masks on the barge. Even the weather conspired to make it a great trip along the Canal de la Marne au Rhin through Lorraine and Alsace. On the morning of our disembarkation, someone tested positive for Covid. She said she had a slightly elevated temperature and thought it would be prudent to test. Her test revealed that she was positive. Her husband, in his 70s, was asymptomatic but also tested positive. I tested along with others, negative.

More than a dozen of us were doing back-to-back barge cruises. We transferred by train from Strasbourg and stayed two nights in Dijon. In Dijon, I developed a cough and was foggy headed for a day. I tested again, negative. Though CroisiEurope did not require it, I asked everyone to test before boarding our second barge trip. Another woman tested positive; her husband tested negative. They decided not to put anyone else at risk and opted out of the second barge trip.

As we all know, being fully vaccinated does not protect from infection. It protects from severe illness and hospitalization. Indeed, two more people tested positive for Covid (of the 30+ who were traveling over two weeks). In their 80s and fully vaccinated, they were shocked to learn that they had Covid a day before they were scheduled to fly home. Neither had any symptoms, but they were required to stay in Lyon until testing negative.

We probably all were exposed Some had coughs and other symptoms that they attributed to spring allergies. Could have been. I am suffering from spring allergies as I write this. But there is also the possibility that we all were exposed to Covid but without enough viral load to test positive. I’ve done close to 10 tests in the last two weeks, all negative.

Was It Worth It?

Without any hesitation, yes. I had forgotten how much I loved France and how much I appreciated sharing travel experiences with like-minded people. We spent our days barging the beautiful canals, biking and walking along towpaths flanked by golden fields of rapeseed and budding trees. I remember one morning sitting out on deck and listening to the lovely melodies of the songbirds as the sun warmed my face. We visited some of Burgundy’s best vineyards and sampled their delicious wines. We dined on dishes that some said were better than the Michelin-starred restaurants that they had experienced in the days before boarding. It wasn’t a perfect trip, even aside from Covid. But it was lovely trip and one that I would do again. 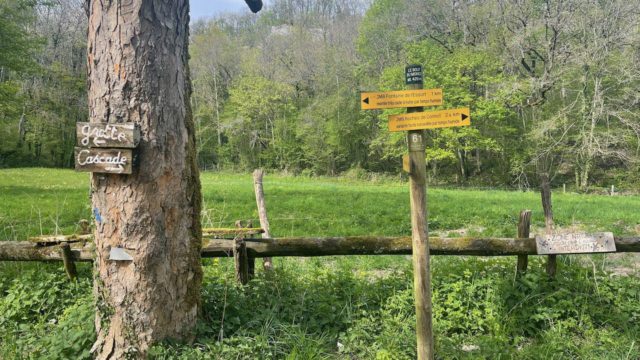 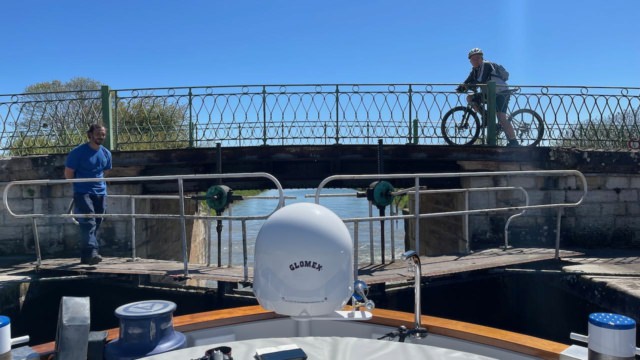 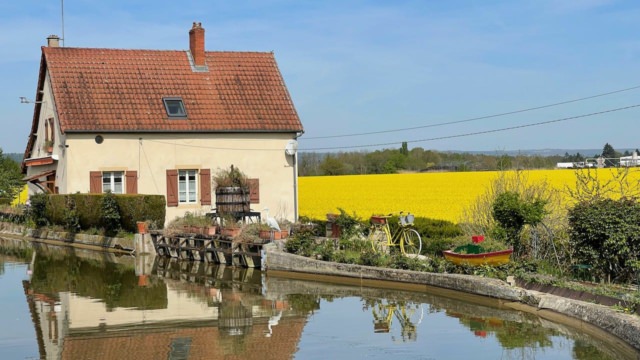 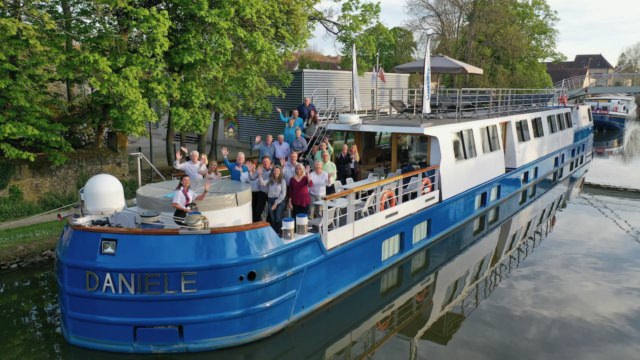 As far as Covid is concerned, it was a nuisance more than anything else during our trip. I’ve been on other cruises where people had the flu or a cold that they spread throughout the ship. Of course, you’re still allowed to fly home if you have the flu or a cold. We’re learning to live with Covid.

Perhaps there is no one better to speak about travel abroad today than Ed Dennerlein. Ed and his wife Carol were the couple stuck in Lyon because of positive Covid tests. He said they made the most of things by donning masks and walking the city. They could not go to restaurants or inside shops or museums, but they were free to roam Lyon. “We could enjoy the area and we did,” he told me this morning by phone. “That’s the way of the world now. You have to go with it. We weren’t sick. It was just an inconvenience.” 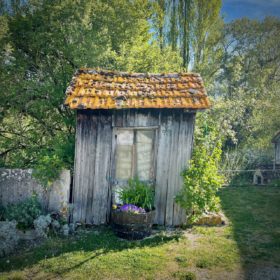 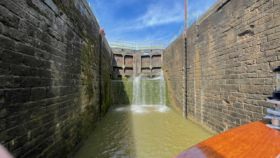 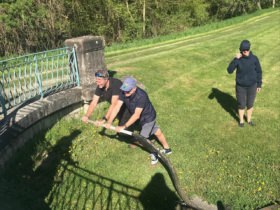 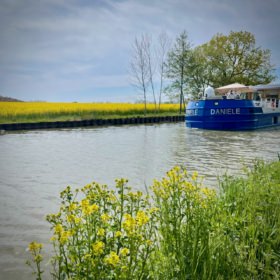 I called to ask if they had tested negative and would be allowed to fly home. He had good news for me. He’ll fly home Saturday, but he and Carol won’t be there for long. He’s flying back to Europe for a cruise along the Douro with Viking. “I look at it this way, I could sit at home or I could go and enjoy,” he said. “And having been fully vaccinated and boosted and having caught Covid, I don’t think we’ll catch it again.”

To that we say, we hope not. Bon voyage! 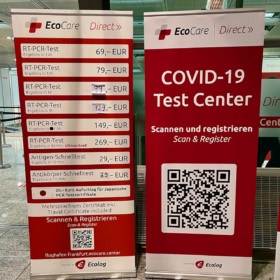 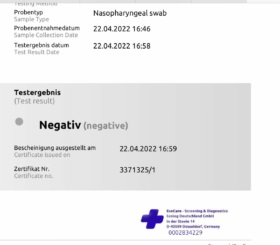 There are many who come to our site worried about testing. In Europe, tests are easy to find and cheap, costing less than 3 euros for self-tests, and about 20 euros for tests validated for entering the US. You can test at pharmacies, airports or at some pop-up locations. Getting tested should be the least of your worries.