Danube River Cruise Prices 2022 is part of a continuing series of comparison charts and articles featuring European River Cruises offered by world class river cruise lines. Our goal is to provide a True Per Diem for each cruise, or the daily cost breakdown of the trip once all extra fees are added to the cruise fare.

Illumination tour of Budapest at night

Why Cruise The Danube?

The Upper Danube is my number one choice for people new to river cruising. Why? For starters, the Danube is Europe’s second longest river, touching the banks of ten countries and four capitals, coursing through Germany, Austria, Hungary and Slovakia, to name a few. Stops along the way include historic capitals as well as marquee cities such as Nuremberg, Passau, Linz, Vienna, Budapest, and Bratislava. Bucharest and Belgrade are featured on Lower Danube itineraries. I’ve cruised the Danube more than a dozen times and I love it every time that I go because I see something different on each cruise.

The Danube begins in the shaded glory of Germany’s Black Forest near the Swiss border, where the Breg and Brigach headstreams converge and stretch all the way to the Black Sea. It flows east to west from Germany to Ukraine, but “the Upper Danube” is technically the eastern side—from Germany to Hungary—and proves to be the most popular with cruise companies. This is the tour for you if you really want to experience a collection of Europe’s greatest hits such as visiting the Cesky Krumlov in the Czech Republic, a UNESCO World Heritage Site, or biking Austria’s Wachau Valley between Melk and Durnstein. Attend evening events in Viennese palaces, lit in their full glory, to witness a waltz or concert, or a stroll from Buda to Pest undoubtedly confirm poets’ romantic notions of European charm and grace. 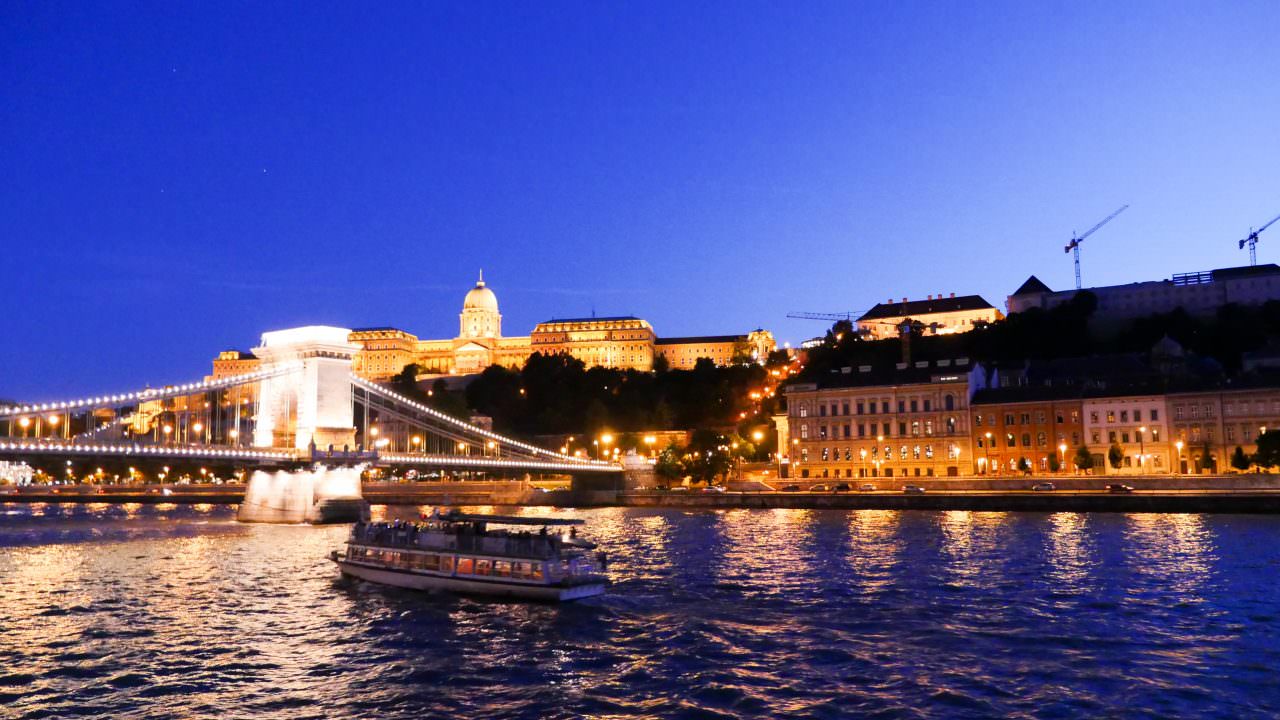 Most seven to ten-night itineraries allow sufficient time to explore the major cities along the river. The most common route extends between Passau, Germany and Budapest, Hungary. Prague is often listed as a starting or ending point of a cruise; however, Prague is not located on the Danube River. It’s about 140 miles north of Passau and about 190 northeast of Nuremberg, with guests bussed to and from the ship.

Some vessels operate roundtrip from Passau, Germany, the “City of Three Rivers,” where the Inn, Ilz, and Danube rivers converge. The city of Passau is a maze of narrow cobblestone streets lined with beautiful Patrician houses, and St. Stephen’s Cathedral, which is a masterpiece of baroque architecture. For the most part, the Upper Danube spans more than a mile wide, meandering through fertile plateaus dotted with fairy-tale fortresses, with the only narrow, canyon-like gorges being Hungary’s Visegrád north of Budapest and the Iron Gates on the Lower Danube.

Danube cruises also include sailings between Vienna or Budapest to Nuremberg, which requires transiting the section of the Main-Danube Canal over the Franconian Alps. This passage is known as Europe’s Continental Divide. This canal or “Divide” was the vision of Charlemagne, and took 1,200 years to come to fruition—reaching completion in 2002. The Divide is a series of 16 locks spreading over a distance of more than 100 miles, methodically lifting river cruisers nearly 1,400 feet above sea level. The Divide is represented by a concrete monument on the banks of the river. Be sure not to miss this spectacle.

If you are not quite ready to cruise in 2021, there are some great deals that you can take advantage of if you book now for next summer.

The biggest savings for 2022 come from Crystal and Scenic. Crystal lists a brochure fare for an entry level cabin as $12,198 per person, but special offers include a 2-for-1 fare of $6,099 per person and an additional $200 per person in Book Now savings. This brings Crystal’s per diem down by $900 a day per person.

Scenic’s $1,000 incentive saves travelers $143 per day. But that’s not all. The company is also offering Free Economy air and special air prices for certain category cabins. These incentives, along with Scenic’s all-inclusive pricing, bring the company’s per diems down to some of the lowest on the chart.

* Nights - A 7-night river cruise spans 8 days, the "per diems" are calculated based on the number of "days" on board.

* Beverages - Nearly all river cruise companies offer complimentary soft drinks, speciality coffees, beer and wine during lunch and dinner. In between mealtimes, though, you'll pay for most beverages. Beverages are included on CroisiEurope, Crystal, Emerald, Scenic, Tauck and Uniworld. AmaWaterways introduced a "Sip & Sail" Happy Hour in 2018, which includes complimentary cocktails before dinner.

* Optional Shore Excursions - All river cruise companies include complimentary excursions in most, if not all, ports of call. However, some companies offer optional shore excursions for a fee.