You are here: Home / Commentary / It’s Official: Summer River Cruises Are A Go 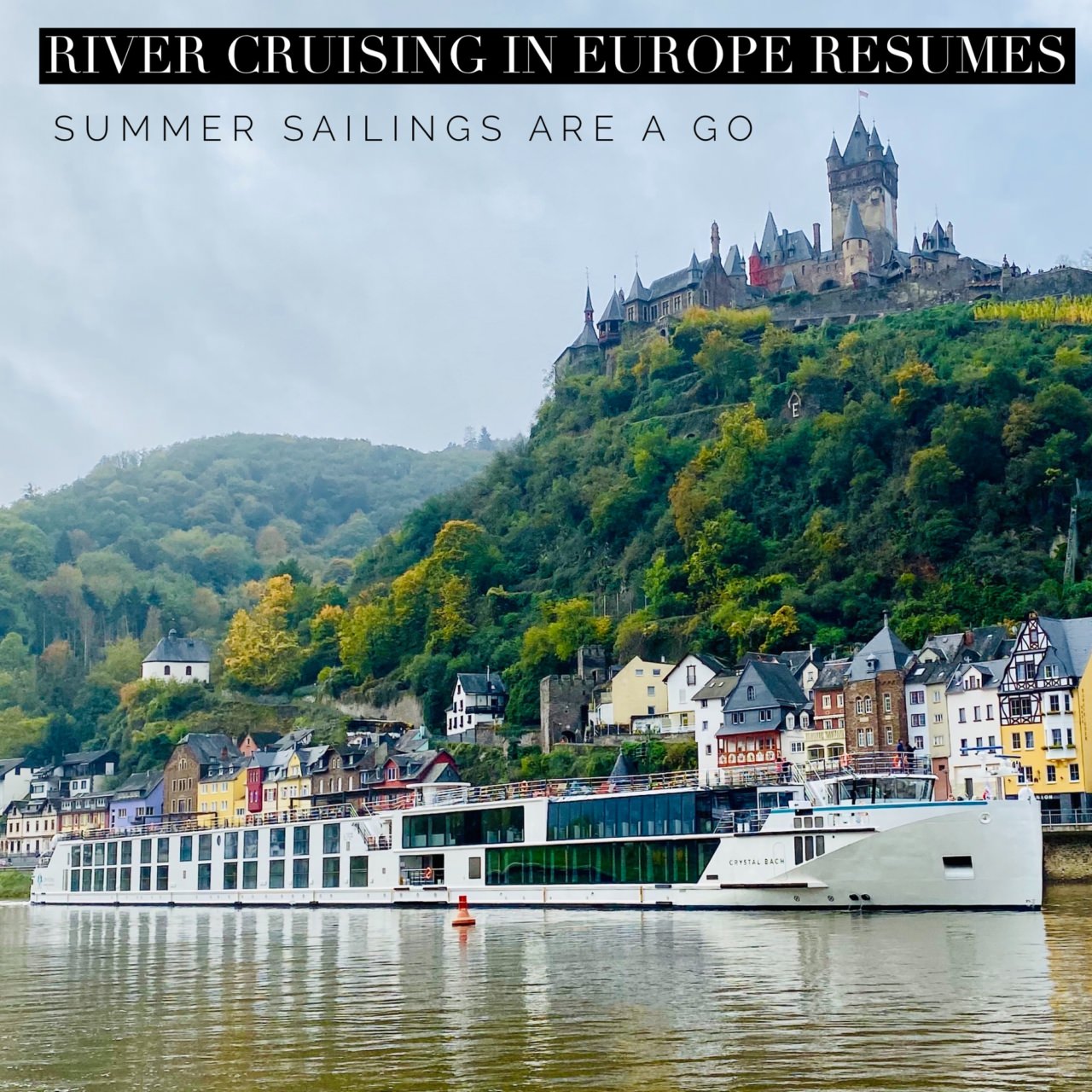 The news comes as a big step forward for river cruisers like us. We not only will be allowed to travel to Europe again at long last but also will be able to enter E.U. countries without having to quarantine.

River cruise companies have been quick to respond. This morning, Scenic and Emerald wrote to us to say that they plan to restart on Portugal’s Douro river beginning in late July. In the afternoon, we heard from Uniworld, which will resume cruising on June 20 in Italy and in France on June 27.

Strasbourg-based CroisiEurope told us last week that its ships are expected to begin sailing again as early as next month. We expect AmaWaterways and Avalon to resume cruises in late June or early July. Viking cranks up again in July. Crystal River Cruises says it won’t start up operations again until the end of August.

There are mixed messages about traveling to Europe, though. As of this writing, the CDC recommends against travel to many E.U. countries, including all of the countries in Europe where there are river cruises. The CDC’s recommendation, however, seems to contradict its own updated advice that vaccinated Americans can safely resume travel.

What is certain is that travelers are being cautious, not only with health protocols but also with protecting their travel investments. Our contacts at Insure My Trip tell us that they have seen an increase in travelers opting for CFAR (Cancel For Any Reason) trip insurance, in case those travelers want to back out of their vacation plans. We highly recommend CFAR.

Also unclear is whether negative PCR tests will be required for vaccinated visitors entering Europe. Some E.U. countries will require a negative test less than 72 hours before departure. Others may require tests upon arrival. Again, details are still being worked out. Italy’s rules are complex. Visitors from the U.S., for example, will require a test and a 10-day quarantine, unless they take “Covid-tested flights” and meet other requirements. France will make PCR tests available free of charge to all visitors this summer, but details are murky. Rules vary by country and with 27 EU countries, the differing requirements are too varied for us to cover in this post.

In a conversation with CroisiEurope last week, a company spokesperson told us that bookings for the summer have surged since President Emmanuel Macron announced a June 9 easing of travel restrictions for foreigners. Moreover, case numbers and positivity rates in France have been dropping. Nearly 31 percent of the French population has received at least one jab of the vaccine. The number of vaccinated is expected to rise as universal eligibility for vaccinations opens for adults in France on June 15. Museums and cultural sites are reopening, as are restaurants and cafes.

With France reopening, we’ll be hosting several barge cruises in France in 2021 and 2022.

There was more good news yesterday. Abbott Laboratories and United Airlines announced that they are partnering to make an “at-home” Covid test available that meets CDC guidelines for travelers returning from Europe. We expect river cruise companies and other airlines will be coming up with similar solutions to satisfy the CDC requirement for proof of a negative Covid-19 test result three days before boarding a flight returning to the United States.

As of now, there still are many questions. The CDC’s relaxing of masks among vaccinated people would seem to suggest that river cruisers in Europe (where the CDC has no authority) will not have to mask up. Don’t get us wrong: We have no problem with wearing masks but, of course, prefer to go bare-faced. Will we need a booster vaccination? We received the second of our two doses in late March. The vaccines are proving to be effective for at least six months, but beyond that, it’s too early to say.

What all of this says to us is that early summer cruises will be off to a slow start, and there will likely be some bumps along the way. Things are poised to pick up late summer and it should be smooth sailing by early fall.

This week’s news comes as welcome news, and it does seem that the world is returning to normal, and that many of us will be river cruising in Europe once again before the year is out.

If you’d like to join any of our hosted trips this year or next, see this link or email us. Here’s a list of what’s still available.