American Cruise Lines looks forward to Cruising Close To Home again in 2021. Next year, the cruise line will have 14 new small ships exploring in over 30 U.S. states. American will introduce two new Mississippi-bound modern riverboats, 3 brand new itineraries, over 50 new shore excursions, and an array of pre- and post-cruise packages in cities across the United States. 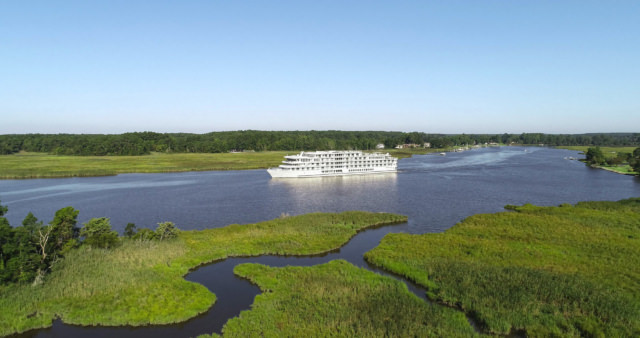 Two New Modern Riverboats on the Mississippi in 2021:

In August 2020, American Jazz, the Line’s 3rd modern riverboat completed its Sea Trials. The 190-passenger American Jazz is the latest in American’s acclaimed series of 5 new modern riverboats bound for the Mississippi River, where the Line has enjoyed remarkable expansion since 2012.

Next year, American will have 4 new riverboats cruising the Mighty Mississippi; adding American Melody, its 4th modern riverboat, in Summer 2021, with a yet to be named 5th ship to follow.

Since just 2017, American Cruise Lines has doubled its fleet to 14 U.S.-flagged ships. American is the only U.S. River cruise line to offer both classic paddlewheelers and modern riverboats on both the Mississippi and Columbia & Snake Rivers. 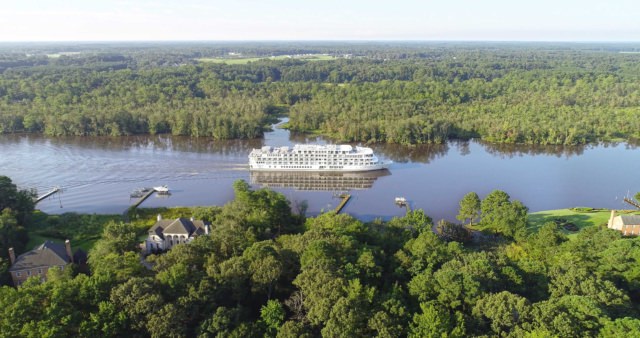 3 New 2021 Itineraries: American will introduce a new 8-day Cape Codder, roundtrip from Boston, which visits a variety of small New England ports including a partnership with the Woods Hole Oceanographic Institution;  an 8-Day Music Cities cruise, between Nashville and Memphis, which draws on American musical influences and offers complimentary and extended pre-and post-cruise packages in both Nashville and Memphis; and an 11-day Alaskan Explorers cruise, roundtrip from Juneau, which will visit more Alaskan ports than before – including two days in Glacier Bay as well as a complimentary pre-cruise package in Juneau.

Over 50 New Shore Excursions: American’s enrichment continues on land and sea in 2021. The Line has added over 50 new shore excursions across the country, with many new active excursions – from kayaking and hiking, to wildlife and whale watching adventures. American offers explorations along more than 35 itineraries, coast to coast, as well as themed and holiday cruises February through December each year.

All Private Transportation Aboard American’s New Coaches: American will also introduce new luxury American Cruise Coaches which will follow all the Line’s Upper & Lower Mississippi River cruises from St. Paul to New Orleans. American provides private transportation for their guests to all shore-side activities, as well as airport transfers upon arrival and departure.

American builds new ships each year, but all ships in American’s growing fleet remain small—between just 100 to 190 passengers. American’s small coastal ships, modern riverboats, and classic paddlewheelers will cruise in over 30 U.S. states, visiting small ports and towns large cruise ships can’t access. Exploring along the East and West coasts (Alaska to Florida) and major U.S. rivers (including the Hudson River and the Great Rivers of Florida), American only cruises to domestic small ports of call and always in sight of land.

American-Built & Designed: American’s new riverboats and coastal ships offer the largest standard staterooms in the industry, with over 300 to 350 square foot standard staterooms, 250 square foot singles, and suites ranging up to 900 square feet.  Nearly all American’s staterooms have sliding glass doors leading to private balconies, and there are no interior cabins on any ships in the fleet. Instead of swimming pools, casinos, and big theatres, American’s ships are designed with spacious indoor and outdoor lounges, top sundecks, as well as indoor and outdoor dining spaces. American’s small ships and riverboats are well-designed providing multiple fresh air spaces and views throughout. 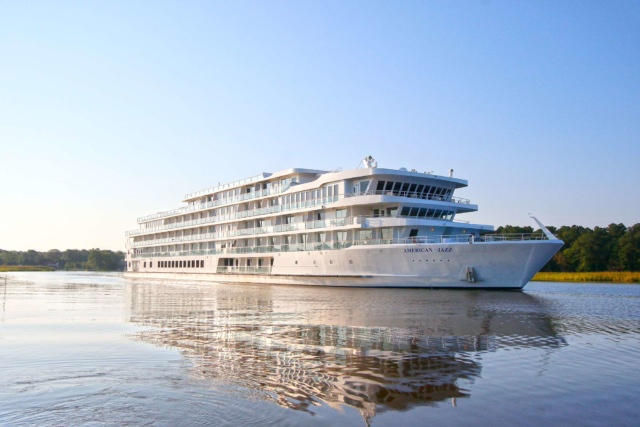 New Website with Virtual Ship Tours and Cruise Schedules through 2023:

American has just launched a new website with many enhanced features for both guests and travel professionals. The new website includes American’s cruise schedules through 2023 as well as new 360-degree virtual tours of American’s newest modern riverboats and coastal ships.

American was one of the first U.S. lines to suspend cruises earlier this year and has spent many months developing extensive safety protocols. American has partnered with Vikand Solutions and will have medical professionals and testing available pre-cruise and on board. As a voluntary part of enhanced COVID-19 protocols, cruises will begin sailing at 75 percent capacity, providing 450 square feet of space per passenger on board.  American’s ships are also designed with independent HVAC air systems in all cabins and interior spaces (with no shared ductwork). American is mailing PPE packages to all guests in advance of travel, as well as providing it on board. The company has enhanced all sanitization practices and implemented extensive plans to ensure that from booking-to-boarding, it is offering a safe process.

In every way, American’s fleet is prepared with the protocols, space, and small-ship amenities, which are so much more meaningful now than ever before.