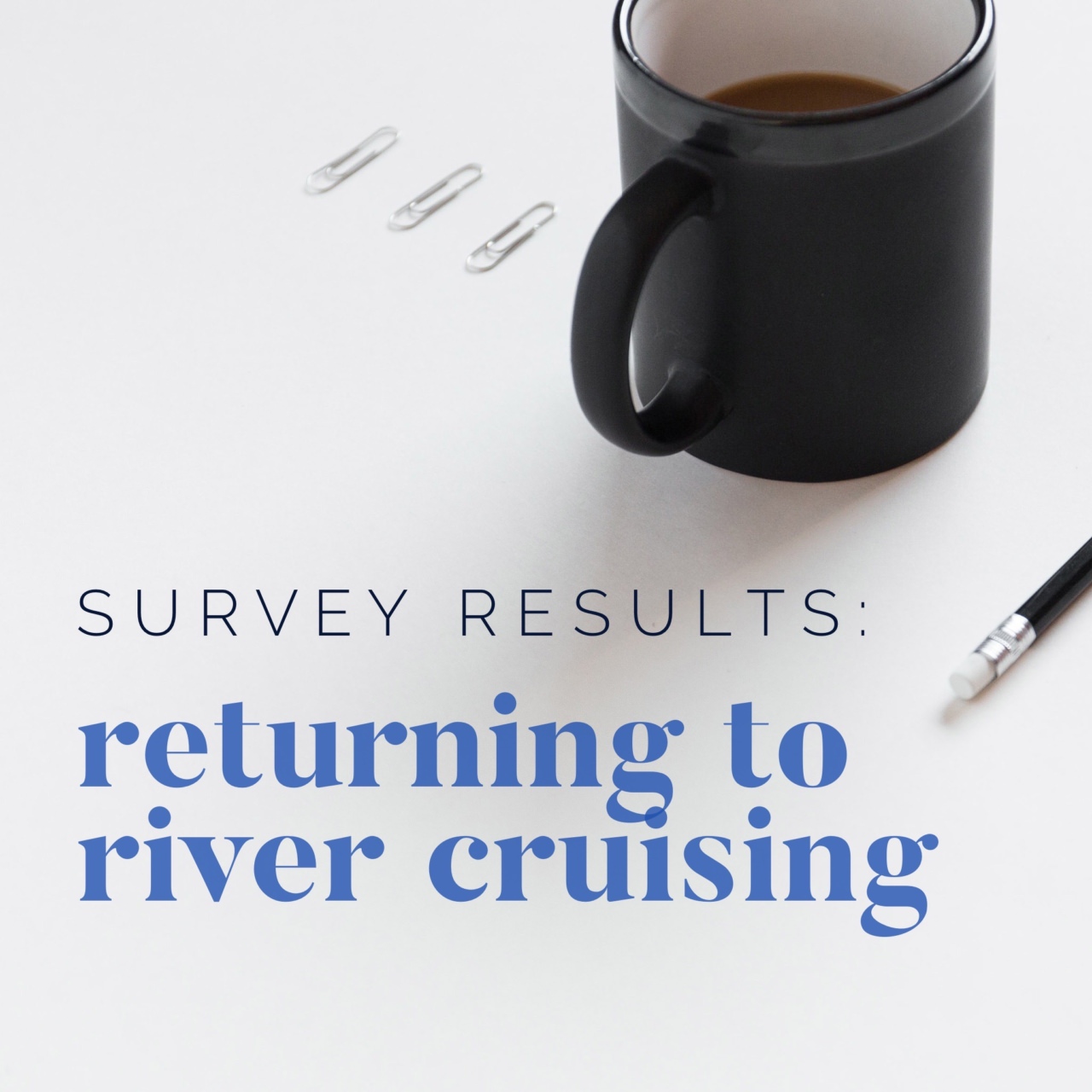 We surveyed 20,000 readers on our sites, Avid Cruiser and River Cruise Advisor, about the future of river cruising. Of the more than 1,400 responses as of today, more than half could see themselves on a cruise before the end of next spring. 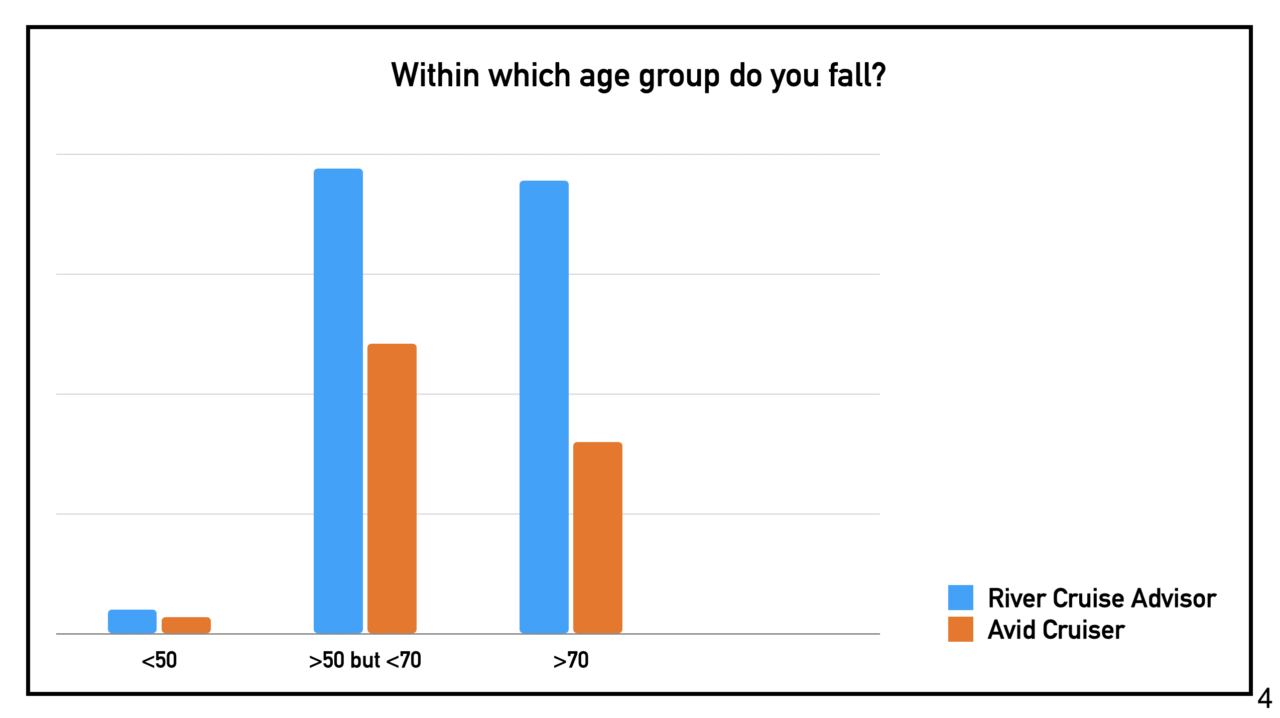 Based on what you understand about COVID-19 now, when is the earliest that you could see yourself on a cruise? 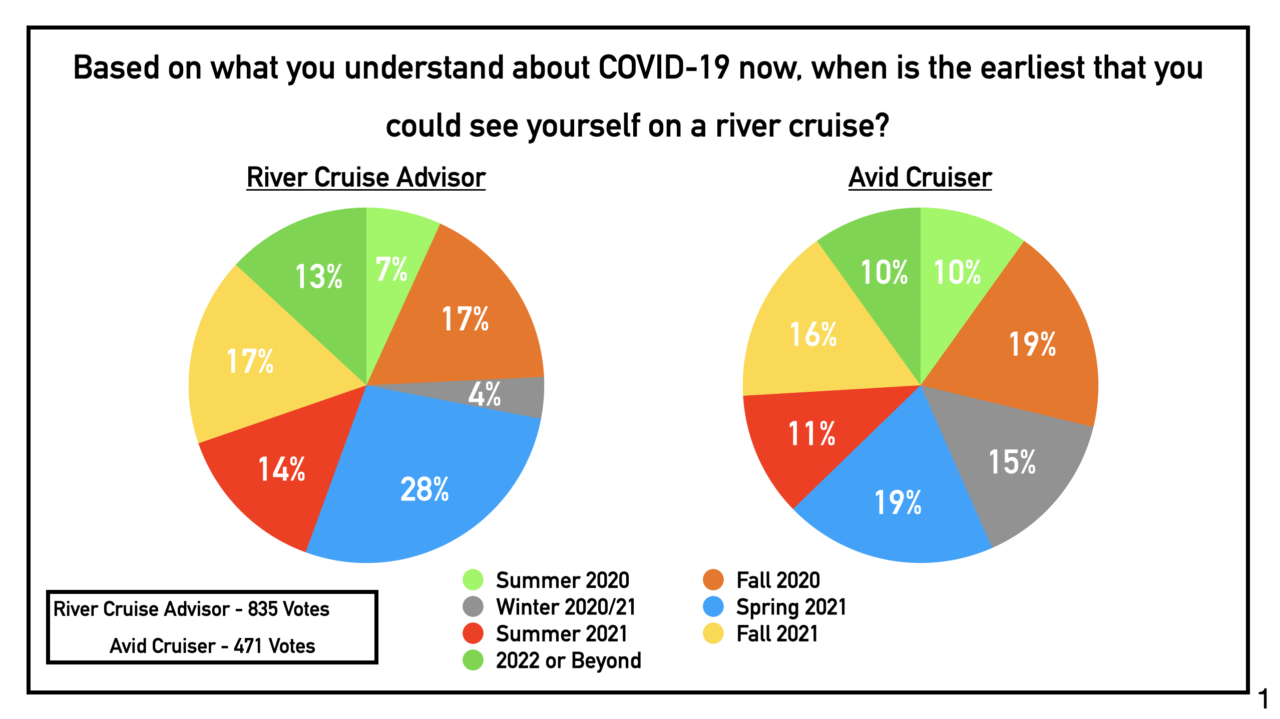 Where Would You Cruise First? 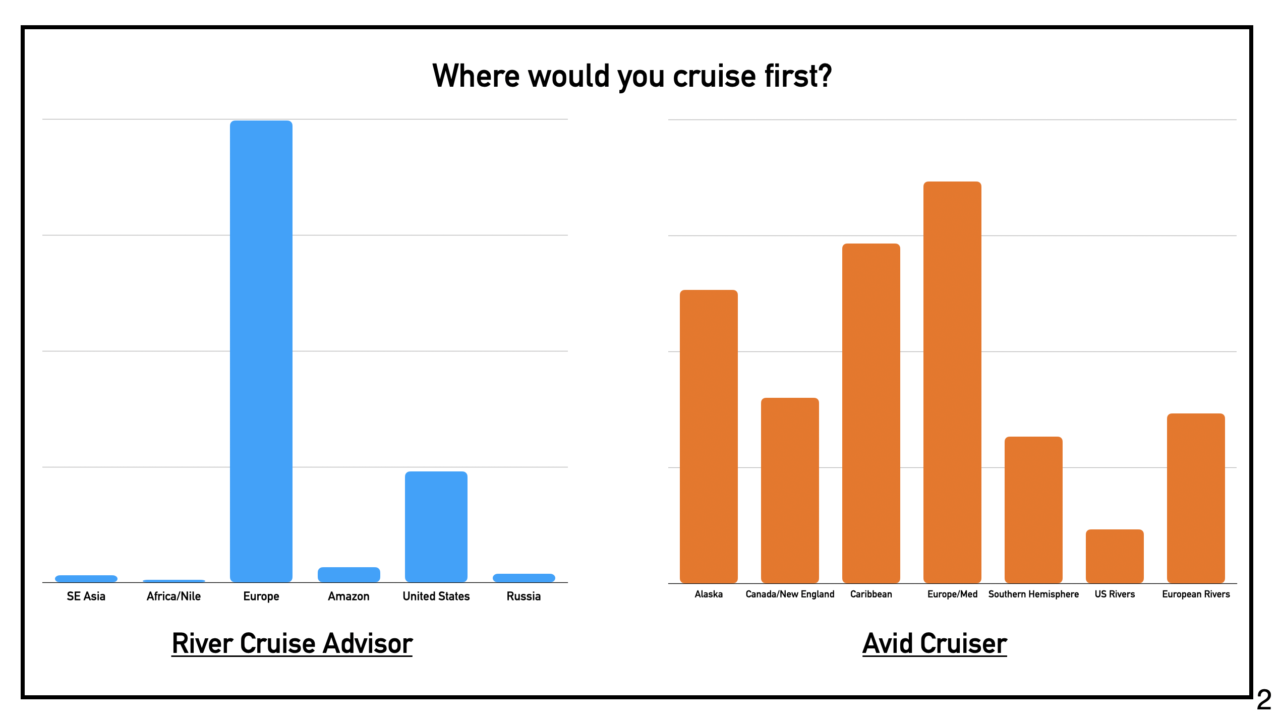 Europe, responded nearly 75 percent of river cruisers. The U.S. (Mississippi and Columbia rivers) ranked second, with 20 percent of the votes.

On the oceans,  Europe and the Mediterranean ranked first, with about 27 percent of the vote, followed by the Caribbean with 25 percent,  and Alaska at 17 percent. Slightly more than 10 percent of our ocean cruisers also chose European rivers for where they would cruise first once the threat of COVID-19 is diminished.

What Size Ship Would You Choose? 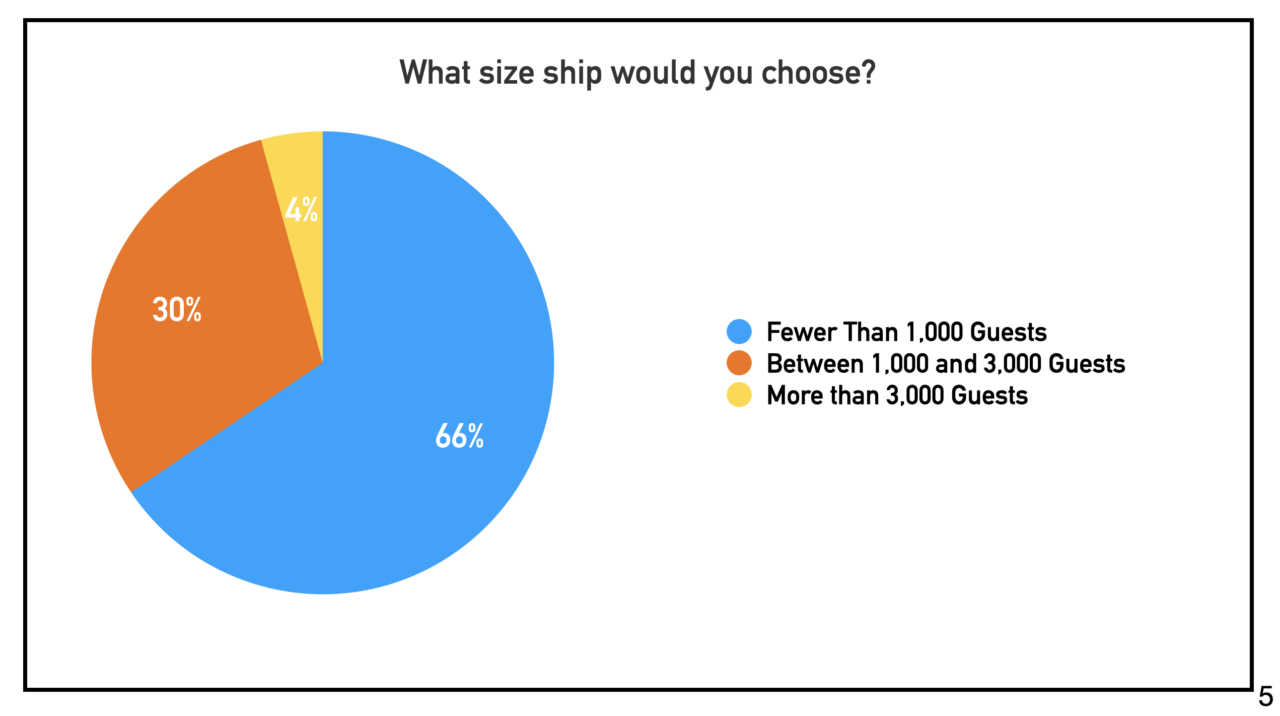 Will you be using a future cruise credit for your first cruise? 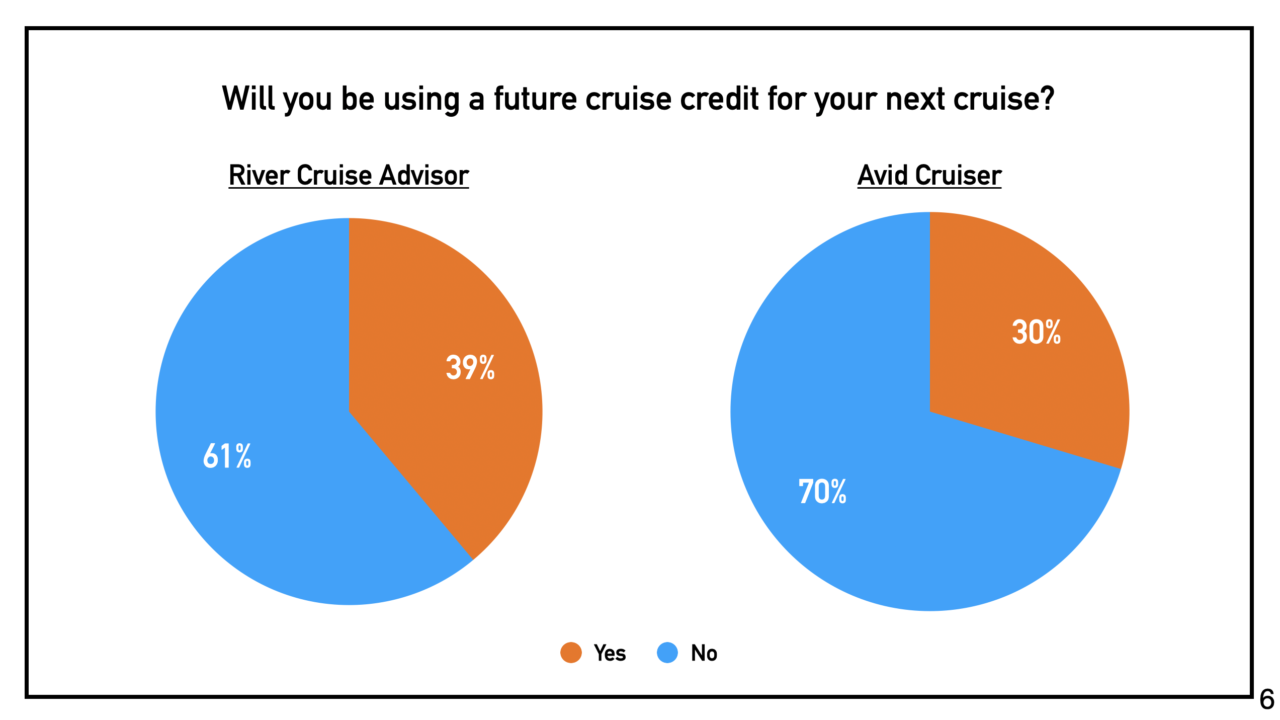 Small ships appear to be better poised for a comeback than the largest of ships. The bias against large ships could also be attributed to the fact that Avid Cruiser focuses primarily on small to mid-sized ships. That said, our site gets a fair amount of traffic for those searching for big-ship reviews.

It’s clear that travelers value Europe as a cruise destination, with the majority of respondents expressing a desire to return to Europe. U.S. rivers also ranked impressively, as did the Caribbean and Alaska.

We were impressed also by the fact that 96 percent of the respondents were over the age of 50, and 44 percent of those were in the most age group most vulnerable to Covid-19, 70 and above.

Our view is that cruising, while it may be different post- COVID-19, is poised for a comeback. Clearly, our readers are devoted cruisers who long to return to the rivers and oceans. The challenge, as has been the case in the past, will be for cruise lines to attract cruisers from the pool of people who have never cruised before.