You are here: Home / Commentary / Returning To The Rivers: Were Our Survey Results Too Optimistic? 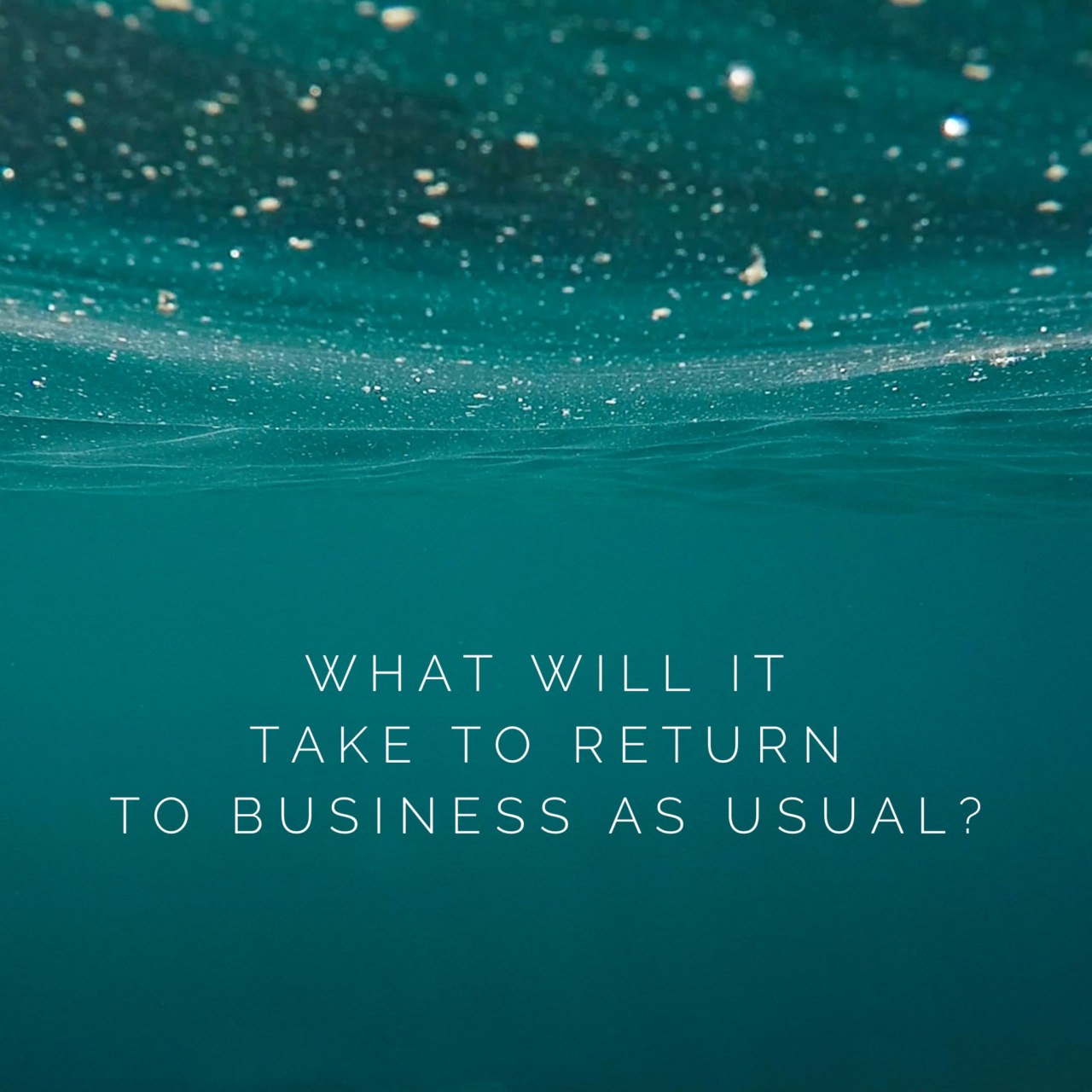 Two weeks ago we conducted a survey asking you all when you felt like you would be comfortable cruising again. The results varied, but most of you said sometime before spring of 2021. We shared those results last week, and one of the comments from the results post stuck out to me: “Survey is far too optimistic. The problems are much greater than many realise.” Well, were they? Let’s look at what some of you all, and a panel from last week’s webinar, had to say about the return to cruising.

We gathered a panel of experts from Tauck, CroisiEurope, and Azamara to answer some of the questions that you all had about resuming operations, foreseeable roadblocks, when they would be comfortable sailing again, and more. The panelists pointed out multiple things that we, as consumers, might not think about.

The most important thing to remember through all of this is that our comfort returning to the oceans and rivers is not going to decide anything about the timing of when ships are able to sail again. What it will dictate, though, is how cruise companies return. If the current demand for cruises changes, we might see fewer ships on the water, fewer itineraries offered, a fluctuation in prices of sailings, etc.

Many of the comments that we saw said that resuming cruising on large ships is going to be an issue. Here are a few:

“Not sure I would go on any large ocean cruise again.”

“I’m happy to resume cruising but on smaller ships.”

“Personally I will not be cruising on big ships … only those of 200 or less.”

“Small ships will have a distinct advantage. The odds of keeping the boat/ship virus free is much better.”

This came as no surprise, as only 4 percent of our survey participants stated that they would sail on a ship larger than 3,000 people. Now, this data could be skewed as our sites focus primarily on river cruises and small ship ocean cruises – but the comments are still valid. As someone who was on a large ship of more than 4,000 people just before the COVID-19 outbreak in the United States, I can see how being on a ship that size with so many people would be unappealing on the heels of a pandemic. This might not be a long-lasting issue, though. If we are able to rid the world of COVID-19, or at least contain it, people will likely be amenable to congregate in large groups again be it at resorts, concerts, airports, or on ships.

Another issue that you all presented during our survey was the cruise companies’ abilities to convince consumers that cruise travel is safe. Some critiqued the industry, while others stated that cruising was simply under fire for no reason.

So what did some of you think the biggest challenge would be ahead for cruise companies?

“Regaining the trust of passengers following many obvious recent actions.”

“Convincing people it’s safe to be in a confined space like a cruise ship. Usually, Norovirus was the big threat. Now it’s something that can kill you.”

“People will be afraid and reluctant to cruise. Ships have gotten bad press as being petri dishes for disease.”

“Demonstrating and convincing cruise guests that infection control practices are excellent and require commitment from both crew and passengers. Screening pre- and post-boarding might be the new norm.”

How will this trust be gained? Some say that the only way that they will cruise again is if a vaccine is developed. Others say that they would step on board ship as soon as travel bans are lifted. This has a lot to do with personal opinion, clearly. But these fears of safety and people’s reactions to them can be seen further than just in the cruise industry. When you come back from the grocery store, do you wipe off your groceries? I do, but I know that plenty of my friends do not. Though it is a small example, it just goes to show that we are all handling this pandemic differently. Just as some people would be ready to travel now, and some would wish to wait and see what happens.

One comment reads: “People who don’t understand cruising and how well the ships are maintained, now have ammunition to pound the cruise industry.”

That is a valid point. Many people who have been slamming the cruise industry and calling it unsafe are people who are not cruisers. Friends have said, “Well, I never cruised before, and I certainly won’t now.” The fact of the matter is, they weren’t going to cruise to begin with. The focus should be on making sure that those who have cruised and are fond of cruising are going to return.

Another comment addresses a concern of many travelers: “I think people are more afraid of being quarantined and stuck on a ship at sea than the cleanliness of the ships.”

This is not anything that we have control over. Hopefully we will see a different response to quarantining passengers that need to disembark. What we have to remember is that it is no fault of the cruise lines that passengers were stuck on ships, it was the responses of governments around the world.

The last issue, which is the biggest deterrent when it comes to resuming sailings, is port closures and government regulations.

Katharine Bonner from Tauck mentioned that Amsterdam will be limiting the number of passengers that will be allowed on motor coaches. This is something that we may not have thought about. Museums, restaurants and hotels may be closed. Certain cruise companies include rail tours or motor coach tours during and after their cruises.

There are so many variables that it may take longer to return to cruising than we, or the cruise companies, anticipated. The important thing to look at, though, is the confidence that every cruise expert and executive we have had on our webinar panels has about the return to the industry. It may take time, but cruise companies are still announcing new itineraries for 2021, still adding new ships to their fleets, and still planning toward the future.

We can’t wait to sail again, and we know you can’t either. But for now, let’s listen to the experts and to each other to ensure that we will all be able to return to the waters safely.

We invite you to join our next Happy Hours:

May 13, 2020. Travel Advisor Q&A. We turn to three top travel advisors for insights, advice and tips about cruising in 2021 and beyond. Register here.