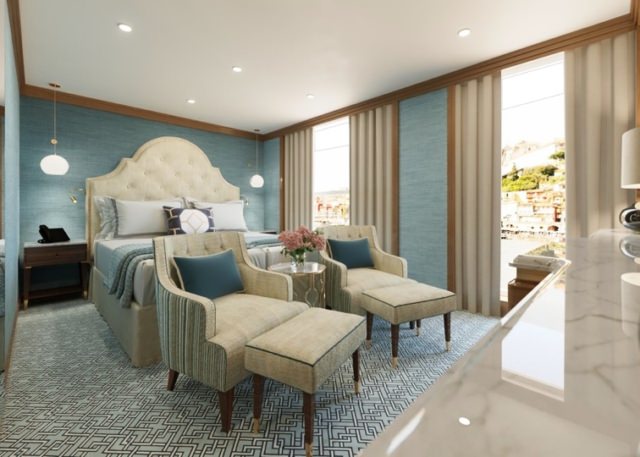 “Expanding upon our commitment to transform our entire fleet to Super Ships in the coming years, we’re thrilled to share a first look at the stunning S.S. São Gabriel,” says Ellen Bettridge, President & CEO of Uniworld.

The S.S. São Gabriel was designed to embody the beautiful Douro River Valley region through its décor, food and wine. The entire top deck will offer suites enhanced with Butler service, giving guests the option to dine at any time they’d like while enjoying the ship. 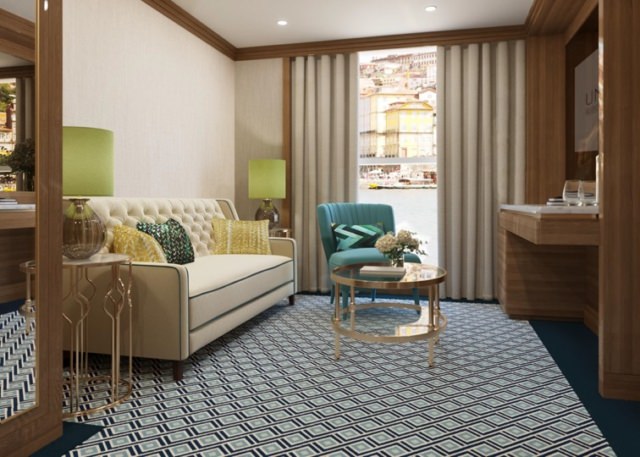 The living room of the Grand Suite. Courtesy of Uniworld

Uniworld’s additional 2020 Super Ships will take guests to Vietnam & Cambodia, Egypt and Northern Italy. The new vessels include the S.S. Mekong Jewel and S.S. Sphinx, both debuting in early January; as well as the S.S. La Venezia debuting in March.