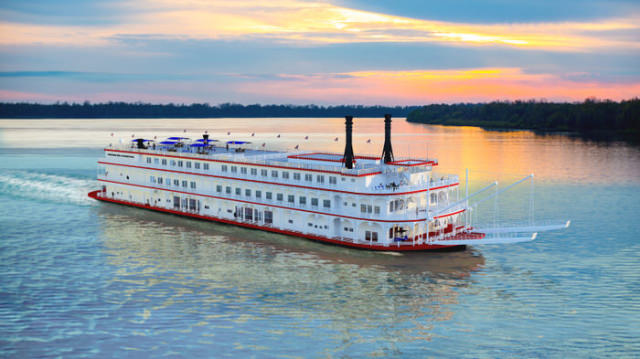 Built using the existing hull of the Kanesville Queen, a former gaming vessel built in 1995, the American Countess was cut in two as part of her planned lengthening, with the addition of a 60-foot mid-body section.

The American Countess will offer many of the same heartland and deep South itineraries as her sisters – the American Queen and American Duchess, and will sail from April 2020 to January 2021, with additional sailing seasons to be announced.

The American Countess will accommodate 245-passengers over the course of six- to 15-day itineraries, including her own “Mighty Mississippi” cruise. The new boat will feature four decks including a Sun Deck, and 123 staterooms in four categories.

The unveiling of the American Countess follows the recent addition of the M/VVictory I and M/V Victory II to the American Queen Steamboat Company fleet under the Victory Cruise Lines name, alongside the flagship American Queen, the American Duchess, a 166-guest paddlewheeler sailing the Mississippi and Ohio Rivers and the American Empress in the Pacific Northwest.