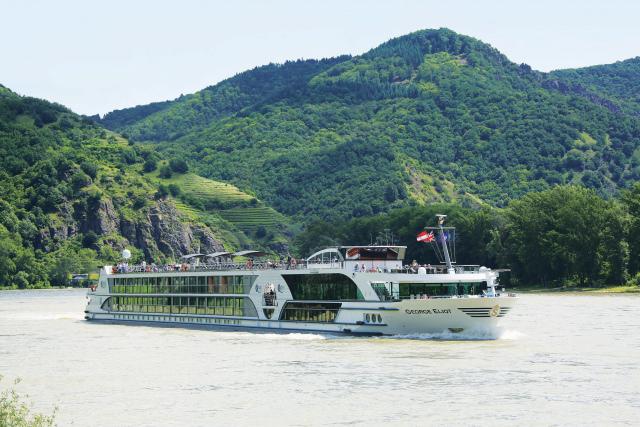 The George Eliot’s first departure will be April 4 on the Amsterdam, Kinderdijk & the Dutch Bulbfields itinerary. It will operate primarily on the Rhine River. The William Wordsworth will operate exclusively on the Danube River, departing first on the Blue Danube itinerary April 5.

The 443-foot William Wordsworth is an all-suite ship, while the 361-foot George Eliot is a new, smaller class with cabins and suites. Amenities include a panoramic observation lounge, main restaurant, wellness area, boutique, and sun deck. A second, smaller restaurant on both, The Bistro, offers a more casual lunch and dinner experience with an open kitchen and panorama windows that can allow for al fresco dining. The William Wordsworth also has a fitness center and spa.

The William Wordsworth’s 88 suites are a minimum of 183 square feet. It can accommodate 167 guests and 44 crew. Deluxe Balcony Suites on the Diamond Deck feature floor-to-ceiling windows plus sliding doors that open onto a small private balcony.

The George Eliot’s 70 cabins and suites are a minimum of 161 square feet. Purposely built smaller than the Riviera’s longships, it can accommodate 132 guests and 36 crew, making it ideal for charter groups. Deluxe Balcony Suites on the Diamond Deck feature floor-to-ceiling windows plus sliding doors that open onto a small private balcony.