You are here: Home / Cruise Companies / CroisiEurope / African Dream / The Four Ships I’d Most Like To Cruise In 2019

My daughter has written about her top five aspirational cruises for 2019 and 2020. She’s provided a good list, and many of her aspirational cruises are also mine. As I look to the 2019 season, however, there are four river cruise ships that I’d most like to experience. In no particular order, here they are. 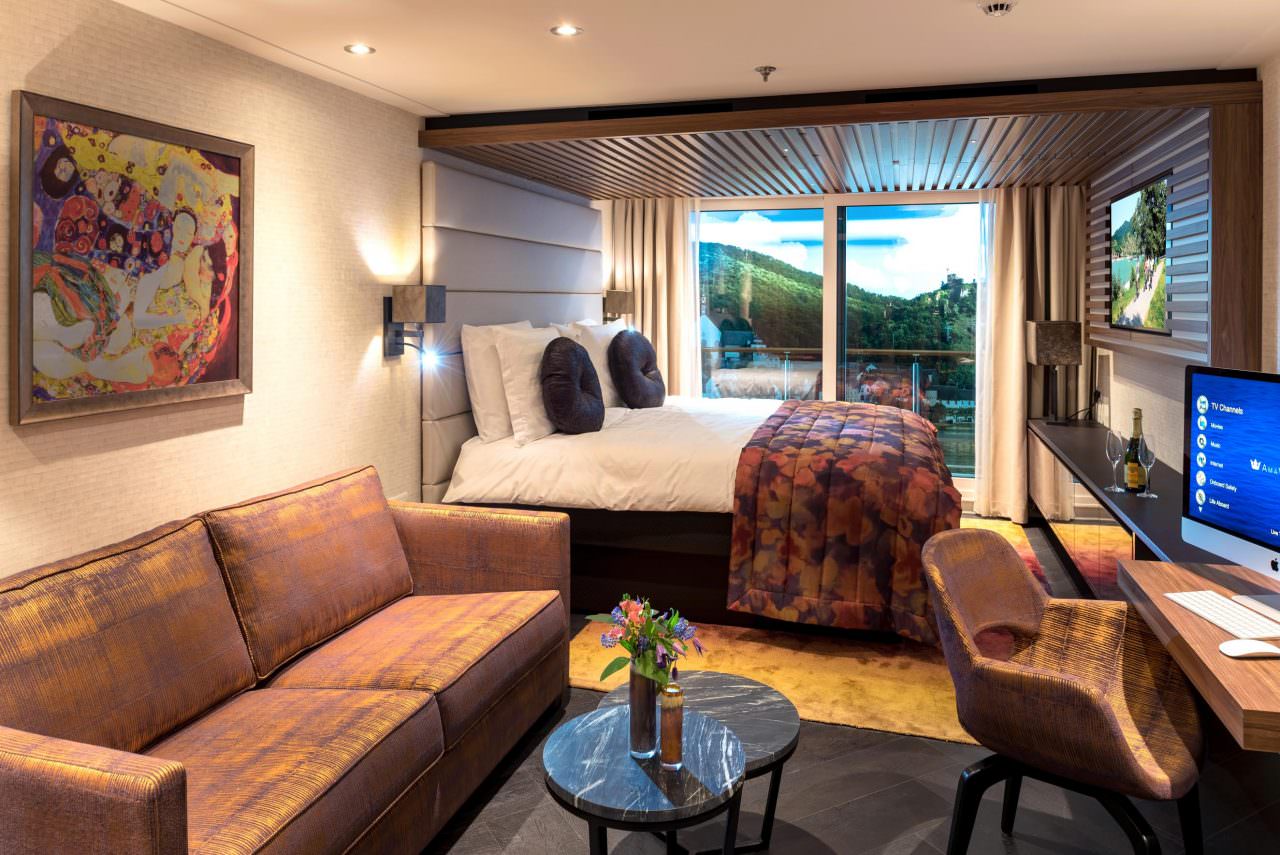 AmaMagna will bring small-ship-like staterooms to the rivers. Rendering courtesy of AmaWaterways

AmaWaterways’ soon-to-debut ship also made Britton’s list, and as with her, it is the ship that sells me. Nearly the twice the width of traditional European river ships, AmaMagna will feature quite a lot that is not found on other river cruise vessels. For starters, most of the ship’s accommodations will measure from 355 square feet to 710 square feet, with full balconies. AmaMagna arguably will resemble small ocean-going vessels more than it will river cruise ships. You’ll have a choice of four dining venues, including those found on all AmaWaterways’ ships, the Main Restaurant and The Chef’s Table, and two new dining venues, Jimmy’s Wine Bar Restaurant, named for AmaWaterways’ late co-owner Jimmy Murphy, and the Al Fresco Restaurant, with retractable windows and outdoor seating. AmaMagna will also feature a Sun Deck pool and whirlpool, as well as a Zen Wellness Studio, which comprises an expansive space with a fitness center and two massage rooms. I’m also intrigued by the Seabourn-like Water Sports Platform, from which are launched Sundowner river excursions – at no extra charge.

Ever since I saw the 1985 film “Out of Africa,” I’ve wanted to experience Africa’s vast plains of abundant wildlife. It was the cinematography of the film, though it could well have been the chemistry between Meryl Streep and Robert Redford, that seduced me. CroisiEurope’s African Dream is just the ship to sustain that seduction. It’s only a little more than a year old, with gorgeous staterooms and public areas for 16 lucky guests. Add overnights in a safari lodge, those vast plains of Africa and a little French flair – no wonder African Dream made the top aspirations for both Britton and me. 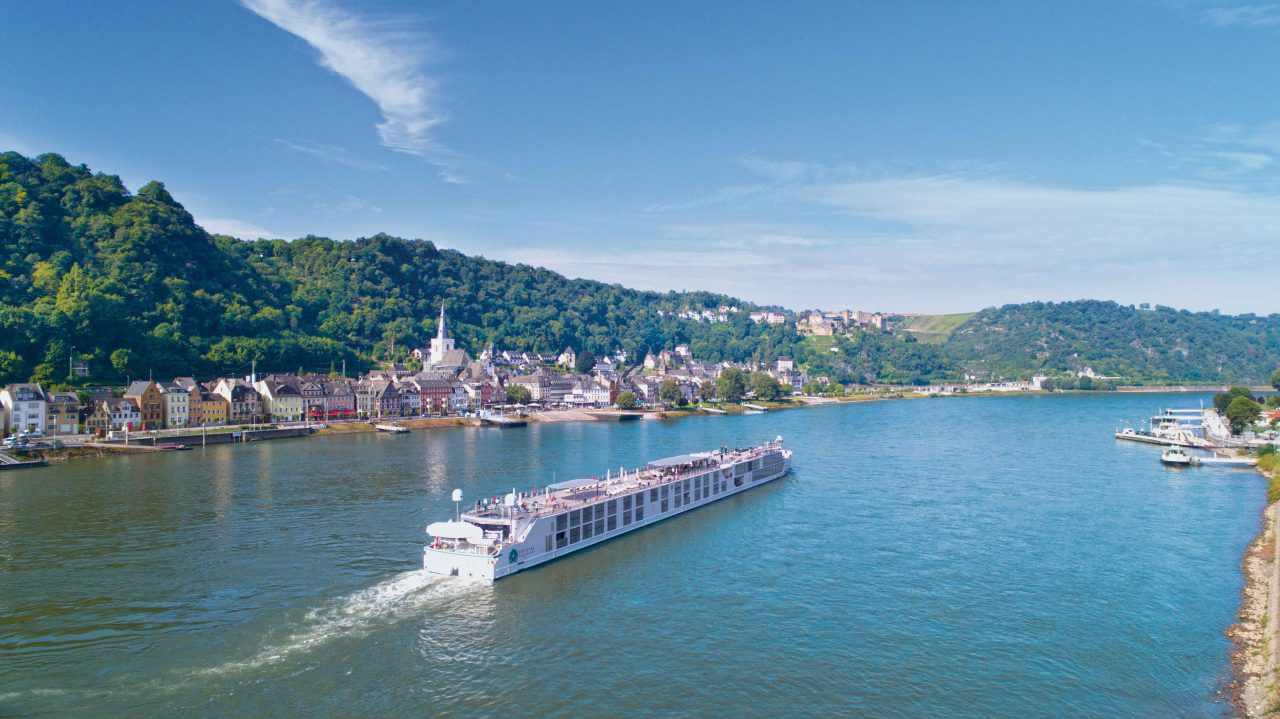 I’ve cruised on Crystal Mozart, and I absolutely loved the vessel and Crystal’s world-renowned service. Like AmaMagna, Crystal Mozart is a double-wide river cruiser, and that allows for multiple dining venues, spacious staterooms and suites, expansive public rooms, and much more. Crystal’s four new-builds, however, are traditional sized river cruisers. I’d be happy with sailing on Crystal Bach, Crystal Debussy, Crystal Mahler, or Crystal Ravel. Each ship is all-suite, with the largest standard accommodations on the rivers, and all with butler service. The ships have multiple dining venues, as well as the Palm Court, the popular entertainment lounge that you’ll also find on Crystal’s ocean-going fleet. I might even find time to take a dip in the indoor pool. As with my daughter, Crystal Bach, Debussy, Mahler or Ravel, makes my list too.

I cruised the Rhine on a Viking Longship in 2017 and enjoyed it. See my Video: Viking River Cruises ‘Affordable Luxury’. I’m also a big fan of the Viking Ocean Cruises product. Not familiar with Viking Ocean Cruises? The six ships in the fleet carry just under 1,000 guests and have lots of included extras: WiFi, one included excursion in each port of call, beer and wine with lunch and dinner, a good selection of restaurants. See my post 7 Reasons Why Viking Sea May Just Be The Best Ship Sailing – And 1 Reason Why It Is Not.

Last year, Viking began to roll out combinations that included a river cruise and ocean cruise. These combinations work seamlessly, thanks to the continuity in Viking’s ships and the fact that Amsterdam serves as a great leaping off point for both cruises on the Rhine or North Sea cruises to Scandinavia. I would have gladly opted for the 22-day Budapest to Bergen cruise on May 26, but it sold out long ago. So did the June 2 voyage from Bergen to Budapest. At least I have something to look forward to in 2020, as Viking offers an ocean and river combination from Bergen to Basel on September 1, 2020.

So, those are the four that have made my list. Which four ships would you like to see?