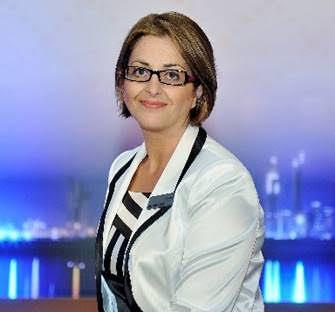 AmaWaterways announced Advantage Travel Partnership’s Chief Executive Officer, Julia Lo Bue-Said, as its first-ever British Godmother. As Godmother of the 102-passenger AmaDouro, Bue-Said will bless the ship during a ceremony in Porto, Portugal, on April 12, 2019.

As CEO of Advantage, the UK’s largest independent travel agent partnership, Bue-Said is responsible for managing the day-to-day operations, as well as overseeing the strategic efforts and overall vision for the company. An industry veteran, Bue-Said started her career overseas and held various positions at Thomas Cook, Balkan Holidays, and The Best Travel Group before joining Advantage, where she has worked for more than 20 years. In 2012, she was inducted into the Women’s 1st Top 100 Club for Travel and Hospitality.

Joining sister ship AmaVida on the Douro river, AmaDouro will be based in Porto and offer seven-night roundtrip Enticing Douro cruises. AmaDouro is the first of three new ships that will be added to AmaWaterways’ fleet this year. Other new ships making their debut include AmaMora, sister ship to AmaLea and AmaKristina, sailing on the Rhine, and the AmaMagna on the Danube.