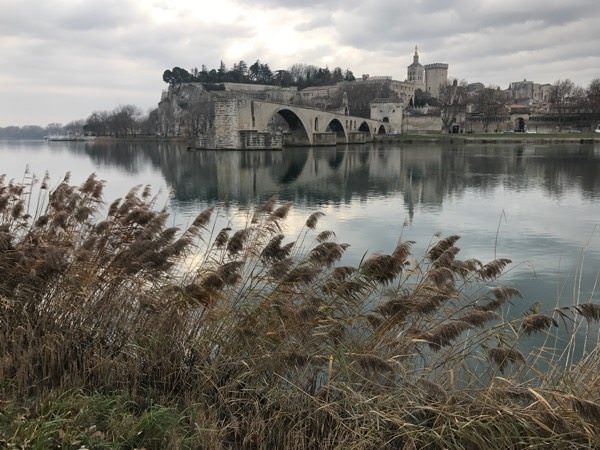 December Morning in Avignon, still beautiful and with fewer tourists. A good time for you to river cruise? It was for me. © 2016 Ralph Grizzle

The main river-cruising season begins in March and continues through the end of December, beginning with Tulip Time” cruises in Belgium and the Netherlands and ending with “Christmas market” cruises in France, Hungary, Austria and Germany.

The summer months are decidedly high season in Europe and along with the bright and sunny days you’ll find longer lines and often crowded attractions. Yes, the shoulder months during the “off-season”—October, November, December, and mid-to-late March—are cooler, and yes, you’ll probably need an umbrella, but I find Europe in the fall and spring to be a wonderful, relaxing place. If you are heading to Europe in the spring, you’ll enjoy longer days than in fall and late March-early-April is a wonderful time to tiptoe through the tulips in Holland.

The months of September and October can still be plenty warm in Europe, the fall foliage is stunning, and there’s a lot of festivity in the air: farmer’s markets and wine festivals crop up in September and October. There are also several wine-themed cruises in November, when vintners are unwinding from a busy harvest and ready to kick back enjoy the fruits of their labor with you.

After that, much of Europe switches into festive Holiday mode as the Christmas Markets get set up across much of France, Germany, Austria, Slovakia, Hungary and other countries.

It also stays warmer a bit later in the season on the southern European rivers such as the lower Danube, touching on Croatia, Italy’s Po River, and the Douro, which wends its way through Portugal.

When the conversation about the best time to take a river cruise arises, it typically has nothing to do with how many layers of outerwear you need to don or throngs of crowds you need to contend with; it has to do with water levels. But while water levels are an important factor to keep abreast of (begin by checking our water levels page), they shouldn’t be something that impedes planning your next vacation.

Mother nature is unpredictable and if you wait to have clear signs that water levels won’t fluctuate, there likely won’t be any staterooms available. You’ll miss the figurative, and literal, boat.