Can children go on a river cruise? It depends. Only a couple of river cruise companies allow children under the age of three, Crystal and CroisiEurope. Emerald, Riviera and Scenic require that kids be 12 or older. And one company bans kids altogether.

While, as a father, I completely understand the desire to share river vacations with children, grandchildren, or other young people, not all lines (or passengers) welcome children. The good news, however, is that there are many options for those looking to cruise with young travelers.

Historically, river cruises were never really intended for kids, families, or the like. They were targeted (and priced) at a certain segment of the population, typically retired couples with a bit of cash to burn who were tired of the typical bus-around-Europe land vacation. But it turns out that families also are tired of motorcoach and do-it-yourself tours of Europe and want to get in on the river cruise craze, especially during the school holiday months.

A Young Person’s Perspective: While most of the people aboard river cruises I have taken were significantly older than I was (I’m 23), there have been children on quite a few cruises I experienced. When I sailed the Mekong in 2009, there two children, ages seven and nine aboard; and on an AmaWaterways’ cruise through Germany, there were quite a few young travelers, their ages ranging from nine to 20. So while there might be fewer young travelers than people over the age of 20, it is certainly not rare to find children and teens aboard certain river cruise lines. – Britton Frost

While this article is mainly focused on cruise lines that allow young passengers, one line doesn’t. Viking announced that it will no longer host those under the age on 18. This change took place on August 1, 2018, although 2019 cruises booked before that date will not enforce that rule.

Together families can ride a toboggan during the winter Christmas Market cruises, hike along a waterfall or zip line through the Black Forest, visit the famous storybook Heidelberg Castle, and enjoy tubing, snow biking, curling and more at Germany’s first indoor ski hall. Whether exploring Alsace on horseback, partaking in a clog-painting demonstration in Holland or taking a macaroon-baking class in France, travel via river cruiser proves to be both educational and fun for everyone.

It is important to note, however, that this isn’t Disney Cruise Line that is partnering on these sailings. Adventures by Disney is a completely separate entity that was founded about a decade ago that is jointly managed by both Walt Disney Parks and Resorts and the Walt Disney Travel Company. So while the product will offer the same standards Disney is known for, fans of the massive ships of Disney Cruise Line shouldn’t expect the same kind of product transferred over to river cruise ships. Nor will any of Disney’s characters be present onboard; instead, Disney-trained guides known as Adventure Guides will introduce families to the wonders of Europe. Approximately half of these guides will be American, while the other half will be locals from countries in and around Europe. 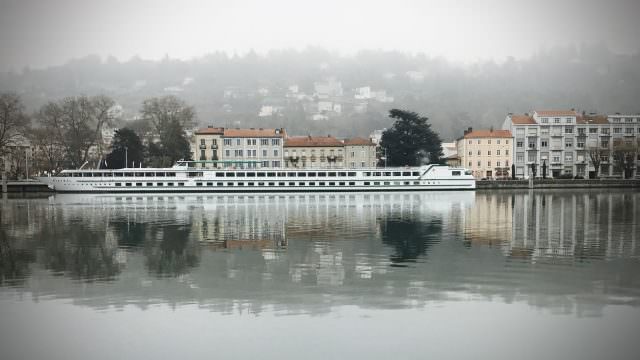 Strasbourg-based CroisiEurope also has staterooms for triples and quads on some of its ships, which is good to note for families traveling together. For those who think that three or four to a room might be too much on a river cruise ship, consider a double stateroom combined with a single-stateroom configuration.

In 2017, CroisiEurope introduced Family Club cruises in which children under 16 to cruise for free and includes a second cabin next door for a family of four (two parents with two children, five years and older) or a child in the same cabin (maximum one child). On some of its ships, Emerald Waterways, Riviera River Cruises, Scenic, Tauck and Uniworld Boutique River Cruise Collection also offer a few single-occupancy staterooms to shore up the numbers without putting two guests in the same room.

Both Uniworld and Tauck also have numerous family-friendly river cruise sailings offered during the summer months, when kids are historically off school; and during December, in the run-up to Christmas and New Year’s. Both lines have also designed their programs onboard and ashore to cater specifically to families, but without diluting the onboard experience for adults. CroisiEurope’s designated “Family Club” cruises also feature children’s activities and fun things ashore in unique destinations, such as Andalucia, Croatia, and Venice, where CroisiEurope offers coastal cruises on specially designed vessels.

So, where do the other river cruise lines stand? Most will accept children of a certain age group, but taking kids aboard a standard, non-family river cruise may not be such a good idea. For one, there will be little to no activities designed for kids, who may find themselves bored with decidedly adult activities like lectures, walking tours and evening entertainment that consists largely of a piano player and cocktails.

The other important consideration before booking your kids on an adult river cruise is that many of your fellow guests have chosen that vacation specifically because it offers an adult experience. That doesn’t mean they don’t like kids; many guests will have children and grandchildren of their own. But it does mean that the reception you may find onboard from your fellow guests could be, well, chilly if you’re not booked on a specially-designated family-friendly cruise.

As river cruising grows in popularity, it’s reasonable to expect that other lines will eventually follow suit in offering family-friendly river cruise departures at certain times of the year. Until then, specially-designated sailings aboard the ships of AmaWaterways, CroisiEurope, Tauck, and Uniworld may be your best bets.