Last week I wrote about five ocean cruises that I would love to take in 2019. This week I’ve done the same for river cruises. How does my bucket list compare to yours? Are you more interested than the Danube than the Douro? Or vice versa? Would you prefer the
Rhine to the Rhone? Or the Seine to the Saone? Maybe you’d like to do something more exotic, like Asia or Africa. That’s the beauty of river cruising. There’s variety, something for everyone, and much to aspire to. We may not get to do all of the trips we want to do, but we can dream, right? Here are the top five river cruises that I would love to take in 2018 and 2019. 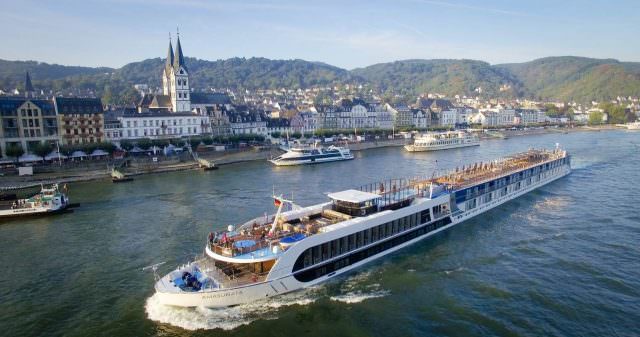 1. AmaWaterway’s 2018 Founder’s cruise. There are two of these cruises taking place, departing one day away from each other and following the same itinerary down the Danube. One of the cruises is led by Kristin Karst, Executive Vice President and Co-Founder of AmaWaterways, and the other by Rudi Schreiner, President and Co-Owner of AmaWaterways. Kristin is one of the nicest people I have ever met, and I never pass up an opportunity to see her – so yes, it is a bit personal. And although I do not know him as well as his wife, Rudi is equally as nice. My fondest memory of Rudi was when he ate a fried tarantula in Cambodia – which he said with a laugh, “tasted like bacon.” AmaWaterways has a fleet of beautiful ships and always interesting tours and excursions. I could think of no way better to spend Thanksgiving than with Rudi or Kristin on the Danube.

2. Africa. Next up, another cruise that takes place during the holidays. CroisiEurope will sail in the south of Africa during Christmas 2018. The cruise will include South Africa and Zimbabwe, two places to which I have never been. The December summer of the Southern Hemisphere would be a nice break from the cool fall and winter that North Carolina has to offer. Not only that, but the chance to see the wildlife that southern Africa has to offer would be a once-in-a-lifetime opportunity. This itinerary includes a trip to Chobe National Park which is home to some of my favorite primates – baboons.

3. Following Africa is an equally exotic destination – SE Asia. Third on my list is the 17-day Treasures & Temples of Vietnam & Cambodia aboard the Emerald Harmony. Emerald has some of the most beautiful ships on the river, and Emerald Harmony will be no different. Joining the fleet in 2019, there are quite a few details that we already know about the ship, but no so much about its itineraries. I chose this itinerary though, because my last cruise down the Mekong was one of the best trips that I have ever taken. However, this itinerary visits Hanoi, somewhere that I did not have the privilege of visiting last time I sailed the Mekong. I would love to see what Emerald will do differently with its new ship on the Mekong. 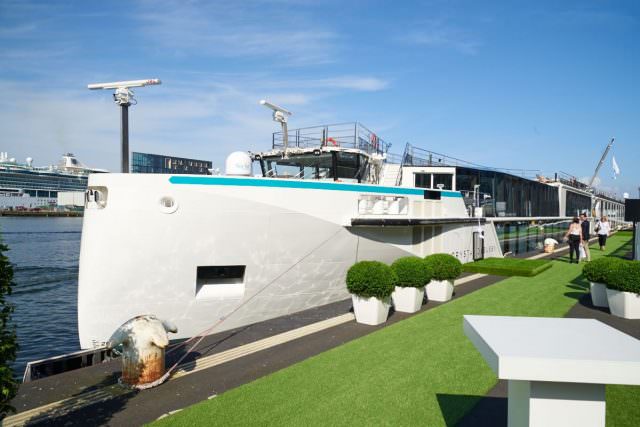 4. Fourth, Crystal River Cruises’ Tulips and Windmills cruise through The Netherlands and Belgium. Having only been to Amsterdam once, I would love to see more of this picturesque city. The cruise takes place aboard the Crystal Debussy, which joined Crystal’s fleet this year. The ship itself is beautiful, which will only complement the beauty of the region that it is visiting. Although I have never been on a Crystal River ruise, I have heard great things about the company’s service, excursions, and pre- and post-cruise land programs. The allure of the spring in the Netherlands will be taken in with ease aboard Crystal Debussy.

5. Lastly, I would love to do the barge cruise that my dad, Ralph, hosts yearly. I hear my dad talking about the people that he met and the wonderful times that he had aboard those journeys. He is so knowledgeable about the cruise industry as well as the ports that he visits. As someone who has traveled the world multiple times, he is the best person to ask – what should I do? – when I visit a new city. Each year, he takes inspiration from his travels and crafts a perfect trip through France, one of his favorite countries. I would love to experience that with him on a barge cruise along the canals of France.