I have had the privilege of traveling on AmaWaterways many times. From the Mekong to the Rhine, every adventure that I have had aboard AmaWaterways has been memorable, whether it was sitting in the lounge and singing ABBA with AmaWaterways’ Co-owner and Executive Vice President Kristin Karst, or attending a glass ornament making demonstration in Germany at Christmas time.

It is easy to look back at the fond memories I have on this river cruise line, but it also important to look toward AmaWaterways’ future. That is why we have updated all of our AmaWaterways’ ship reviews, and added profiles for the line’s three new ships to come in 2019. 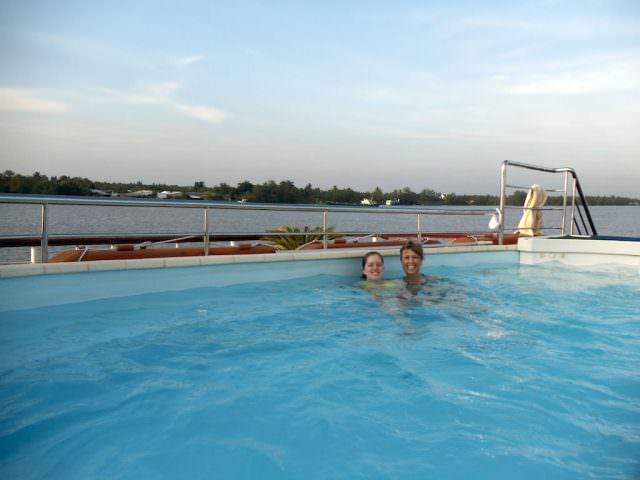 What follows is a summary of AmaWaterways’ fleet. Click on any of the links for more information about a particular ship.

And, by the way, in case you’re wondering, I’m fairly new to River Cruise Advisor, having just graduated from the University of North Carolina with a Bachelor of Arts in Communications. I’m following in my dad’s footsteps to become a travel writer. You’ll see more of me here on River Cruise Advisor, and on its sister site, Avid Cruiser. And if I am lucky, you may even see me on an AmaWaterways’ ship at some point in the future. I certainly hope so.

In 2013, AmaWaterways launched the AmaVida to operate on Portugal’s Douro River, as well as AmaPrima in Europe,  followed by AmaReina and AmaSonata in 2014.

2017 marked the arrival of AmaWaterways’ 20th ship with the new AmaKristina, as well as the company’s 15-year anniversary. AmaWaterways will continue to expand its fleet of luxurious, custom-designed ships with plans for three more new ships in Europe.

Perhaps the most notable addition to the fleet, AmaWaterways will unveil its biggest ship ever with AmaMagna, representing a game-changing new design elevating modern luxury even further. 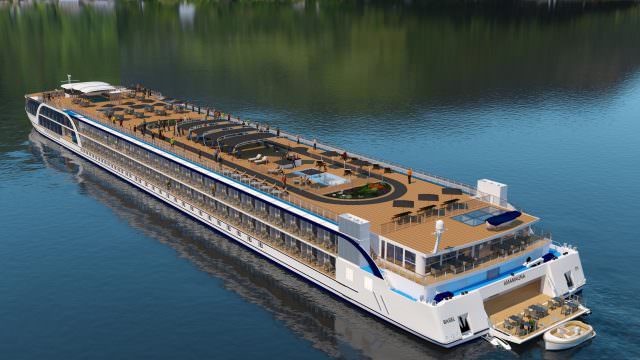 At twice the width of regular river cruise vessels, AmaMagna measures 443 feet in length. She will carry 196 passengers in 98 staterooms and suites.

Like all AmaWaterways river cruise ships, AmaMagna will really shine in her interior appointments. AmaMagna will feature multiple dining venues, with the addition of Jimmy’s Wine Bar Restaurant, named for AmaWaterways’ late co-founder Jimmy Murphy, and the Al Fresco Restaurant, with retractable ceiling and side windows.

She will also feature a massage and hair salon, a fitness room, and a swimming pool and whirlpool. AmaMagna will be the first of AmaWaterways’ ships to feature a water sports platform complete with the Sundowner boat for evening river excursions.

All our AmaWaterways’ ship reviews can be found here: