River cruises are a wonderful way to experience Europe, offering up the convenience of a cruise ship with the immersion of a land-based local hotel.

For many people, however, river cruising is not within their grasp. Unlike big ocean cruise lines or hotels, many river cruise lines operate at a premium to luxury level, commanding rates that are often more than $300 per day per person. While there is no shortage of options at those levels, river cruising can frequently leave those looking for value or budget-oriented options frustrated.

That’s where Teeming River Cruises comes in. Founded by Jeff & Gina Paglialonga in 2017, Teeming aims to bring river cruises to those who could previously not afford the $300-plus per diems offered by the industry’s major players. The draw is a significant one: On its itineraries, Teeming’s goal is to keep prices hovering at around $200 per person, per day. 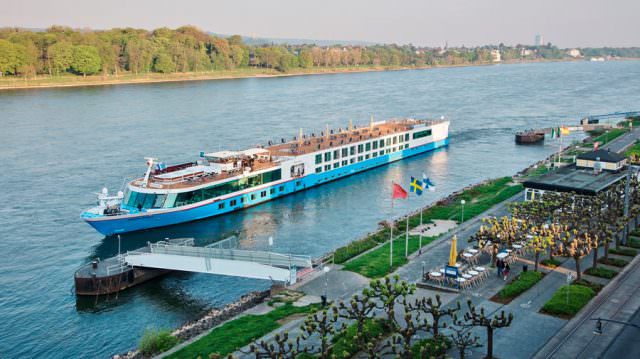 That amount is frequently less. Teeming’s August 5, 2019 departure of its eight-day Great Rhine Tour river cruise from Amsterdam to Frankfurt starts at just $1299 per person, or about what your average weeklong cruise to Alaska goes for. Teeming also offers the ability to combine the sailing with the July 28, or August 12, 2019 departures, making the cruise 17-days long.

Royal Crown is one of four ships offered by Teeming. Photo courtesy of Teeming River Cruises.

The MS Royal Crown has a decidedly yacht-like ambiance about it, with a touch of old-world elegance and some unique features in the river cruising world, including a small but very functional outdoor promenade deck.

Staterooms and suites are delightfully nautical in nature, with plenty of wooden and brass accents that recall sailing ships like Sea Cloud. It’s no wonder: It used to be luxury sailing line Sea Cloud Cruises’ River Cloud. The 90-passenger ship features everything you’d expect from a river cruiser, including a full-size dining room, cozy lounge, two bars, and plenty of open deck space. 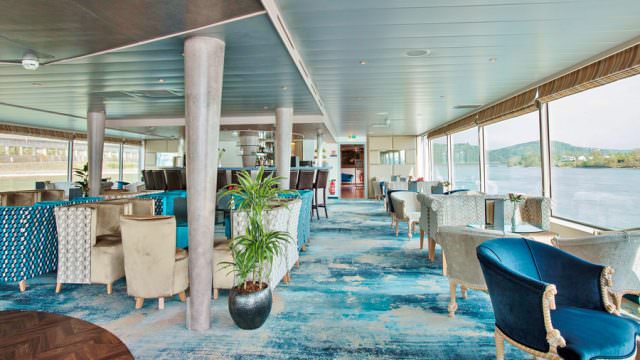 MS Johann Strauss has a more contemporary look to her. Carrying 144 passengers, the 2006-built ship was fully renovated this winter and has a bright and welcoming lobby area, a full-size dining room and lounge decorated with gorgeous shades of wood and teal soft furnishings, and an open sun deck with plenty of viewing and seating options. 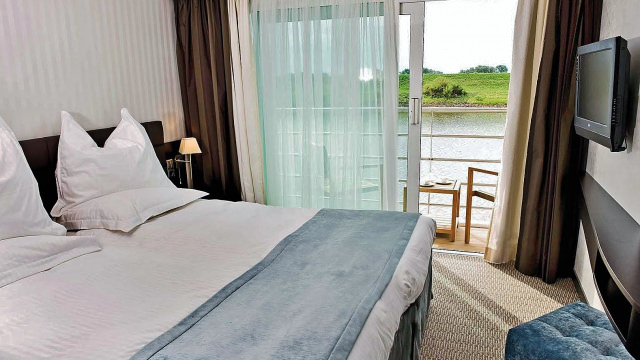 MS Royal Emerald accommodates 171 passengers in 86 cabins, one being a single occupancy cabin. Most suites feature private balconies, except for Standard Suites, which feature a picture window.

So how does Teeming keep its prices so low? By “unbundling.” That’s an industry-term for taking inclusions and making them separate from the main purchase price – something that has some distinct advantages for some river cruisers.

What is included in the price of a Teeming River Cruise:

What is not included:

Teeming has designed an App that can impart the history, allowing you to go at a pace that is suited just for you.

Of course, optional shore excursions can still be purchased at an additional cost. This model is much like that found on mainstream ocean cruises: you’re always free to get off in port and do your own thing, or you can elect to take in an optional excursion. 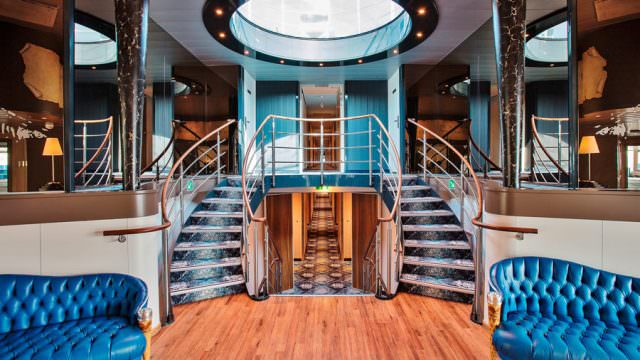 In Europe, getting around most river cruise ports of call is shockingly easy, thanks to robust public transportation networks and convenient taxi services. Even Basel, Switzerland – with its airport that’s halfway out to France – is only about a 40 CHF (about US$40) taxi ride to the main piers on the Rhine. If $40 spent can save you hundreds on a river cruise, that’s a good deal.

If you’re on a budget, check out Teeming River Cruises. You might be surprised how affordable a river cruise through Europe can be.