AmaWaterways released its 2019 Wine Cruises Through Europe brochure with 64 exclusive sailings hosted by North American winemakers, winery owners and wine experts. The new brochure features an array of river cruises, including the debut of two new itineraries, the newest ship and an expanded list of shore excursions offering guests a way to explore wine regions along Europe’s waterways. 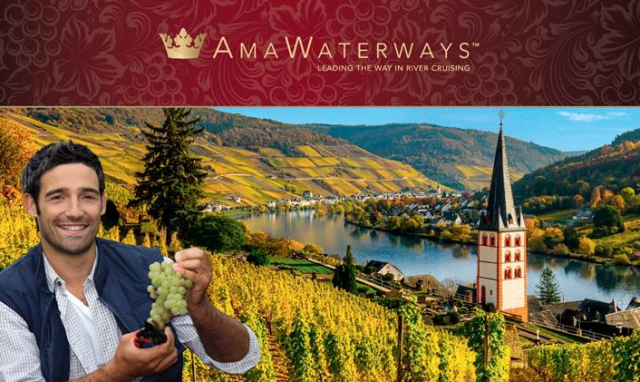 In addition to the educational onboard lectures and wine tastings, AmaWaterways offers a selection of shore excursions that immerse guests in the local terroir and culinary culture of the regions visited. Guided small group visits to private cellars, strolls through stunning vineyards and authentic encounters with world-class vintners and artisans enable guests to make real connections with the rich culture and history of France’s Bordeaux, Burgundy and Alsace regions; Germany’s Moselle and Rhine valleys; Austria’s Wachau; and Portugal’s Douro River area.

“Whether you are a wine connoisseur or simply indulge in a sip here and there, our Wine Cruises offer an exceptional experience to any traveler looking for an educational and enriching adventure from start to finish,” says Rudi Schreiner, president and co-owner of AmaWaterways. “In 2019, we will have more Wine Cruise sailings than we’ve ever had, and we look forward to welcoming our guests onboard during this exciting year for AmaWaterways.”

The 2019 lineup of Wine Hosts showcases multi-generational winemakers, husband and wife co-owners and hosts from coast-to-coast who are making their mark in the wine business. AmaWaterways 2019 Wine Hosts include: