You are here: Home / Destinations / Europe / Why Go To…Vienna

It’s hard to not fall in love with Vienna. The Austrian capital is sometimes called, “The City of Dreams” and indeed, a stroll along its historic streets certainly has all the right qualities needed to transport you back to a different time. 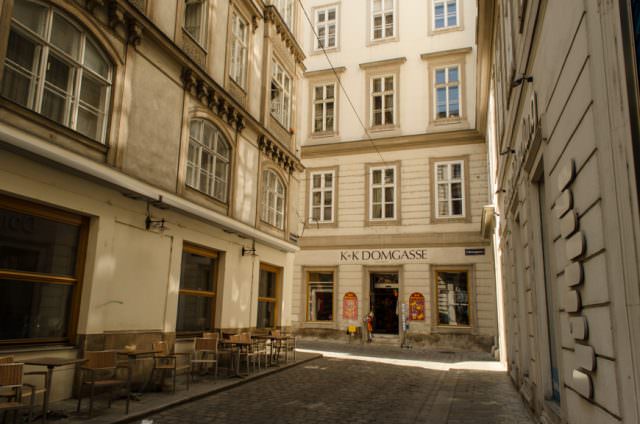 Vienna is a major port of call for river cruises sailing along the Danube River. Most river cruise ships will spend a full day in Vienna, while a few lines offer overnight or even two-day stays here.

Vienna offers no shortage of experiences that are sure to amaze and delight. Even for experienced, repeat travellers, a day in Vienna offers the chance to explore the city like a local, and its plethora of museums, squares and cafes ensures things never get boring. 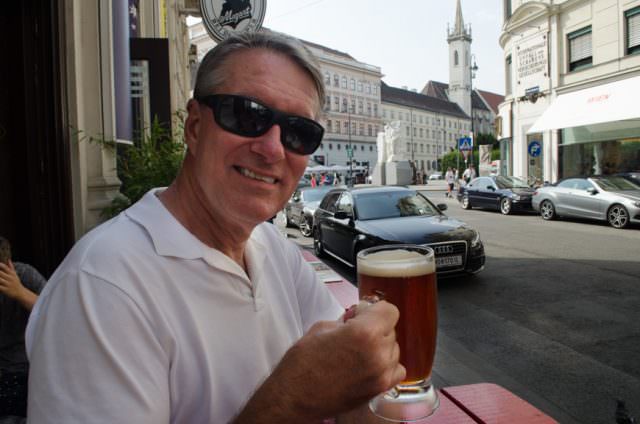 Most river cruise ships dock near the St. Francis of Assisi Church. From here, it is about a 10-minute walk to the Vorgartenstrasse U-Bahn station, which will be listed as Vorgartenstraßs on maps due to the special character in place of the double ‘s’.

Finding these U-Bahn stations is a snap: all are marked by a blue square with a white “U” character in the middle. 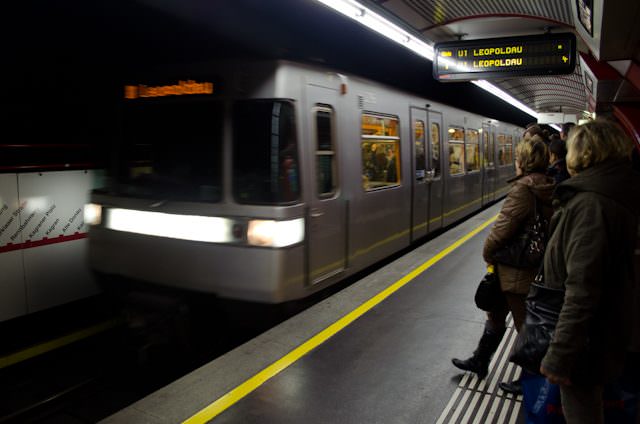 From here, you can reach Stephansplatz in the heart of Vienna by taking the U1 Line, bound for Reumannplatz. Be sure to get off at the Stephansplatz stop, which is the fourth stop from the Vorgartenstrasse station. Alternately, you can get off one stop earlier at Schwedenplatz and be right on the Ringstrasse next to the Altes Rathaus, one of the oldest buildings in Vienna. To return, take the U1 Line in the direction of Leopoldau.

There are some major advantages to taking the U-Bahn in Venice. First of all, it makes it decidedly easy to get around for very little money. Secondly, the U-Bahn is frequently quicker than taking surface roads, particularly in the motor coach shuttles between the dock and downtown Vienna that are frequently subject to slowdowns because of traffic jams. 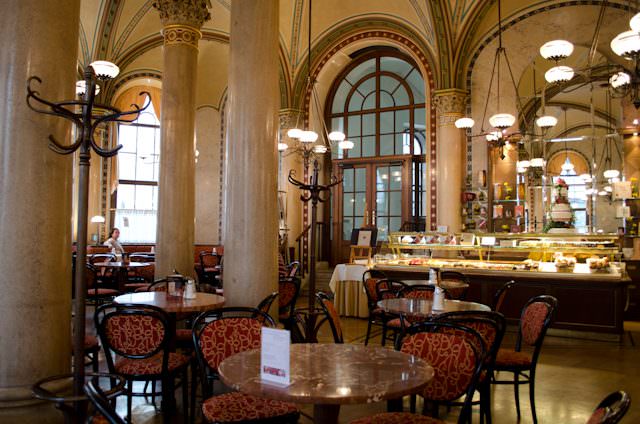 Name any historically-important figure in European history over the last century, and chances are good that they were in Vienna at some point, indulging in that most Viennese pastime: the café.

Vienna is famous for its café culture, and that tradition lives on to this day in the hundreds, if not thousands, of cafes that line the city’s historic district and its Ringstrasse, or “Ring Road” that encircles the city. 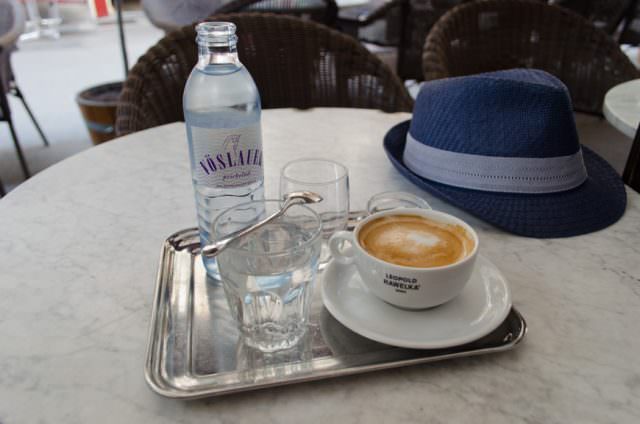 Stop in at the Café Central on Herrengasse 14 near the famous Freyung Passage for a Café Melange (espresso with steamed milk) and marvel at the history. In January of 1913, you could have caught a glimpse of Josip Broz Tito, Sigmund Freud, Joseph Stalin, Leon Trotsky and Adolf Hitler.  Today, it is mainly tourists that come here, though locals still frequent as well.

And, unlike North American establishments, Viennese cafes invite you to linger for hours. Have a coffee and a Sachertorte. Read the paper or a book. Stay a while. Eavesdrop. Have lunch. In Vienna, a visit to a café can be an all-day thing if you’d like it to be. 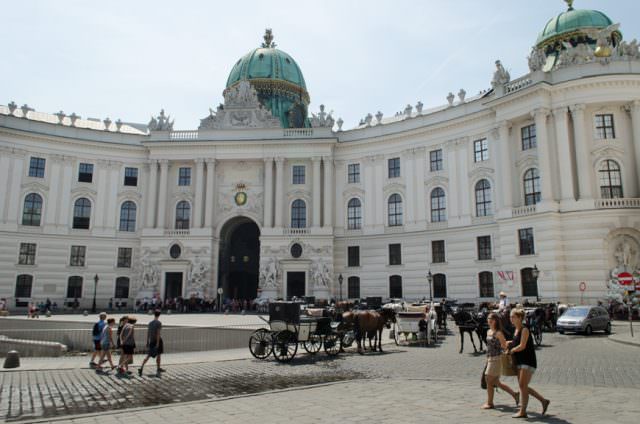 From the famous Hofburg to the palatial surroundings of Schönbrunn Palace, the history of the Habsburg Dynasty is on full display in Vienna. So too are the contributions of Sigmund Freud. You can still visit his former practice at Berggasse 19, tucked down an unassuming street. His waiting room and select antiques are on display, but most of the furniture went with Freud when he fled to England in 1938 in the face of rising anti-Semitism in Austria. 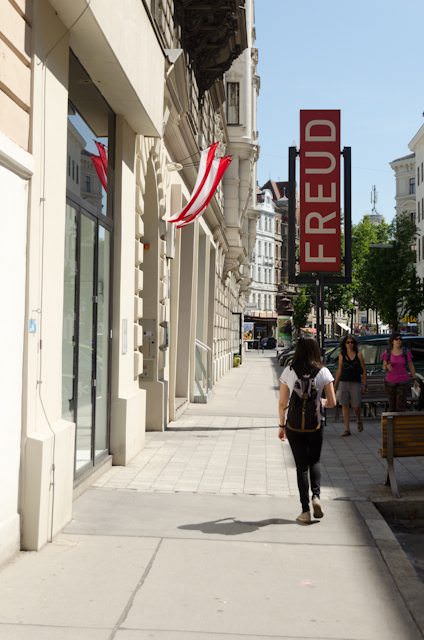 You can visit Sigmund Freud’s former practice in Vienna, which now houses a museum dedicated to his life and psychoanalysis. Photo © 2014 Aaron Saunders

Also worth taking in are the Kunsthistorisches Museum, featuring incredible works of fine art; and the Natural History Museum. It’s easy to visit both in the same day, as they sit facing opposite each other in the pretty Maria-Theresien Platz.

This is just the tip of the iceberg in Vienna. There are hundreds of museums within the city, focusing on everything from art, science and psychoanalysis to Jewish history, and even Esperanto, a constructed language invented in 1887.

Vienna, At Any Time 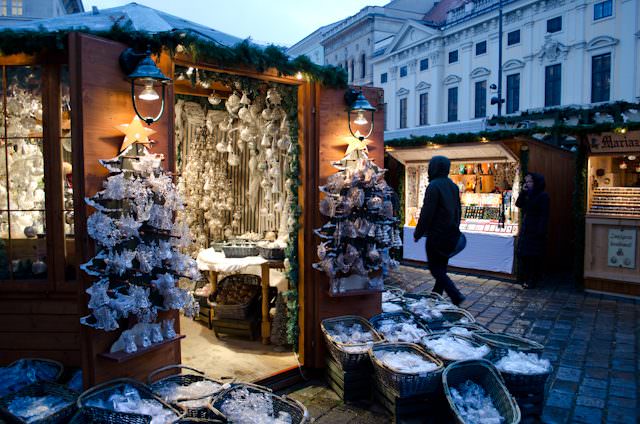 While it is beautiful at any time of year, Vienna’s Christmas Markets are a sight to behold. Over a dozen are typically on offer in the city, each with its own distinctive flair, feeling and crafts on offer. Even better, most of these are clustered around the Ringstrasse, making it easy to hit four or five in a single visit.

The Danube offers plenty of world-class cities, towns and villages to visit on any river cruise. But it should come as no surprise that hardly a Danube river cruise crafted doesn’t call on Vienna for at least one day. Times have changed, but Vienna is every bit the intriguing capital of culture that it always was.