Even by the fast-paced standards of the river cruise industry, the debut of Crystal River Cruises on the waterways of Europe was lightning-quick. The river cruise arm of luxury oceangoing line Crystal Cruises went from being a dream to a one-line ship with an older, repurposed vessel (the elegantly-refitted Crystal Mozart), to a river cruise line with two newbuilds in service, and two more on the way. All in the span of a few years. 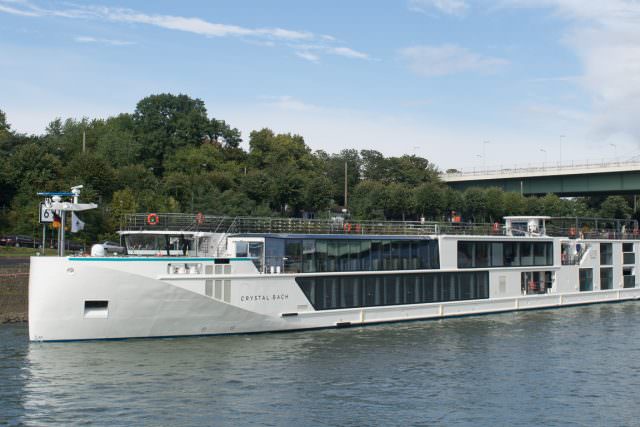 This past fall, Crystal River Cruises took delivery of its first two purpose-built river cruise ships, Crystal Bach and Crystal Mahler. These cutting-edge ships can carry up to 110 guests in the kind of splendor and luxury that Crystal is known for on the oceans of the world. In fact, every last detail, right down to the ship’s innovative deck plans and general arrangement, draw heavily on the world of luxury ocean cruising.

Next year, Crystal’s third and fourth purpose-built ships will join Crystal Bach and Crystal Mahler. Crystal Debussy and Crystal Ravel will set sail just in time for the 2018 river cruise season, giving the luxury line a total of five luxury riverboats plying the waterways of Europe.

Even Crystal’s first ship, the repurposed and refitted Crystal Mozart, is a force to be reckoned with. Click here to see our first-hand account from this exceptional, extra-wide riverboat, and what sets her apart from the rest of the fleet. 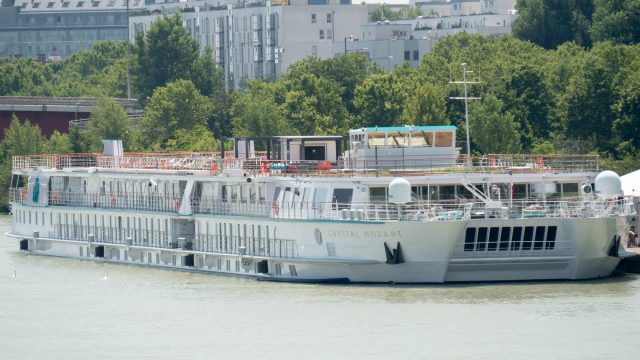 At 22.85 meters (75 feet) wide, Crystal Mozart is nearly twice the width of the standard river cruiser. Will the extra width make a difference to your river cruise experience? Yes. © 2016 Ralph Grizzle

Because Crystal is going to have four ships enter service in less than a year, we’ve created special ship profiles for Crystal Bach, Crystal Debussy, Crystal Mahler and Crystal Ravel, all of which can be viewed using the table below.

Although features may change prior to the launch of Crystal Debussy and Crystal Ravel, due in 2018, these profiles paint a decent picture of what prospective guests can expect of these two ships. Originally destined for another river, Crystal made the decision over a year ago to alter and redeploy them to the Rhine and Danube, where they can better serve what will now be their direct sister-ships.

When Crystal first announced its river cruise ambitions, it made big promises. Now, on the cusp of having a fleet of five river cruise ships, four of which were built from the ground up according to the line’s exacting specifications, it is following up on its lofty words with action. 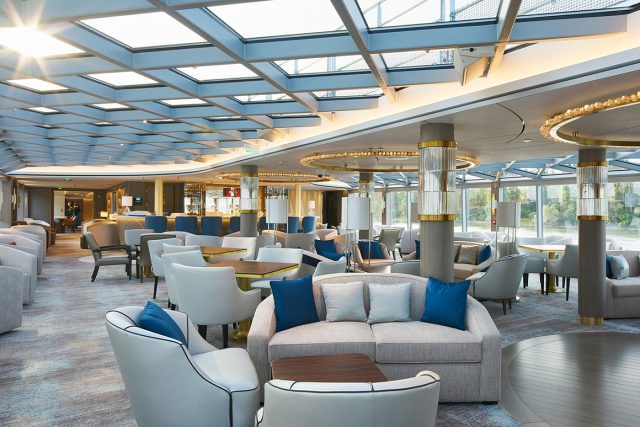 The spacious, airy Palm Court is one of the most innovative spaces aboard Crystal Bach and her sisters. Photo courtesy of Crystal Cruises.

For those in the market for a luxury river cruise, these are interesting times indeed. Competition on the rivers of Europe has never been more fierce, and the clear winner here is you, the consumer. With river cruising changing and improving from one season to the next, the sky is truly the limit.