Few ships evoke the kind of nostalgia that the American Queen Steamboat Company (AQSC)’s flagship, American Queen, does. Although thoroughly modern, her public rooms recall the grandeur of the American Victorian era, when the grand riverboats plied the waters of the United States. 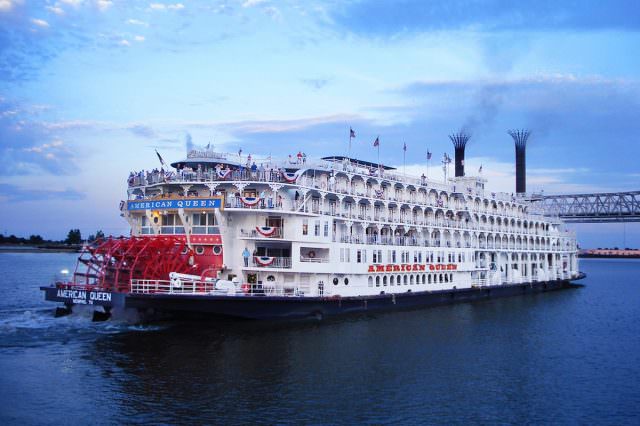 Glittering balustrades, elaborate chandeliers, and lacy filigree fill the ship’s interiors. Guests can lose themselves to history in the volumes stored within the Mark Twain Gallery, or enjoy an old-time singalong in the ship’s main lounge or take in a show in the striking, two-deck high Grand Saloon.

Times may have changed, but the simple pleasures of watching the scenery of America’s heartland glide by have not. Aboard AQSC’s American Queen, the past comes alive, along with the rich history of inland river travel in the United States.

Next year, AQSC’s American Queen is operating two noteworthy itineraries that bring the past to life. Dubbed the Return to Pittsburgh, these nine-day voyages between Pittsburgh, Pennsylvania and Louisville, Kentucky or reverse explore the industrious heartland of the United States, complete with overnight hotel stays and insightful shore excursions. 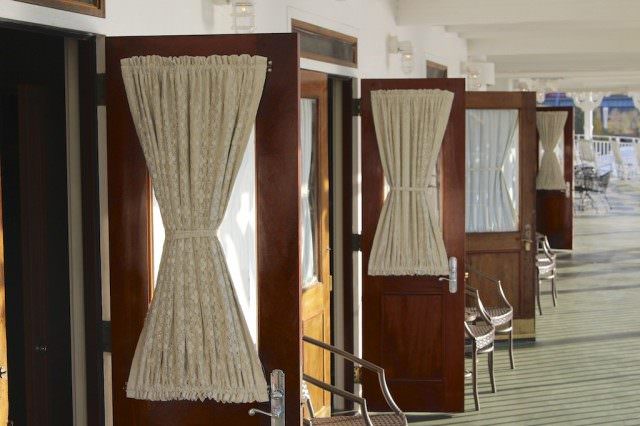 On the July 8, 2018 voyage, guests depart from Louisville after an overnight hotel stay in this architecturally-diverse city that manages to both surprise and delight visitors .

Once onboard the American Queen, guests then set sail for Madison, Indiana, where included shore excursions pay visits to the Schroeder Saddletree Factory; the Broadway Fountain; the Lanier Mansion; the Railroad Museum; the Jerimiah Sullivan House; and the Dr. William D. Hutchings Office and Museum is one of the most authentic 19th century medical history restorations in the United States.

In Cincinnati, Ohio, an optional excursion offered in addition to AQSC’s complimentary tour options explores the life of William Howard Taft. Taft, who served as President of the United States between 1909 and 1913, and includes a visit to the home where he was born and raised.

The small town of Maysville, Kentucky is next on the American Queen’s road to Pittsburgh. From its artistic floodwalls, which display works of art that illustrate the town’s history, to its iconic theatre and opera house, this small, artistic town is big on charm.

Point Pleasant, West Virginia, is American Queen’s next stop, and it is famous for something entirely different. In 1967, the Silver Bridge collapsed in rush hour traffic, killing 46 people and thrusting the sleepy town into the national spotlight. Folklore says that a harbinger of disaster, the Mothman, was connected to the bridge collapse. The reported sightings of the winged creature – which took place between 1966 and 1967 – eventually became the subject of a book and a film, The Mothman Prophecies, and its lore continues to attract tourists and curiosity-seekers to this day.

Additional port stops are made in Marietta, Ohio and Wheeling, West Virginia before the voyage comes to a close in the steel town of Pittsburgh.

On July 15, 2018, a second Return to Pittsburgh voyage is offered aboard the American Queen, sailing this time from Pittsburgh to Louisville. This particular departure has an added bonus, as it is one of American Queen Steamboat Company’s big-band-themed riverboat cruises.

By day, guests can explore the ports of call while at night, big-band performances resonate in the ship’s cozy lounges. These big-band cruises are some of American Queen’s most popular voyages, so booking early is essential, particularly for this cruise.

While the itinerary for this voyage remains similar, there are a few differences between it and the voyage between Louisville and Pittsburgh.

Guests aboard the July 15, 2018 voyage will be treated to port calls in Wheeling, West Virginia; Marietta, Ohio; Huntington, West Virginia; Augusta, Kentucky; Cincinnati, Ohio; and Madison, Indiana. Complimentary excursions are offered in every port of call, while optional, additional-cost explorations can be had in Huntington, Augusta and Madison.

These two voyages are wholly unique amongst American Queen Steamboat Company’s 2018 river cruise lineup, and offer something for everyone – even those who are attracted to the idea of going in search of the Mothman in Point Pleasant.

From folklore to history, fact to fiction, these Return to Pittsburgh itineraries aboard the American Queen are some of the most unique voyages on-tap for the 2018 river cruise season. 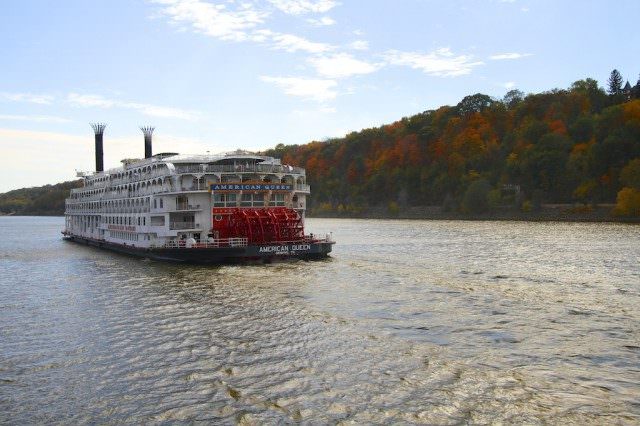 Sail aboard the American Queen this summer on an incredible journey through the heartland of America. © Ralph Grizzle