You are here: Home / Cruise Companies / Uniworld River Cruises / U BY UNIWORLD / U By Uniworld, According to Ellen Bettridge 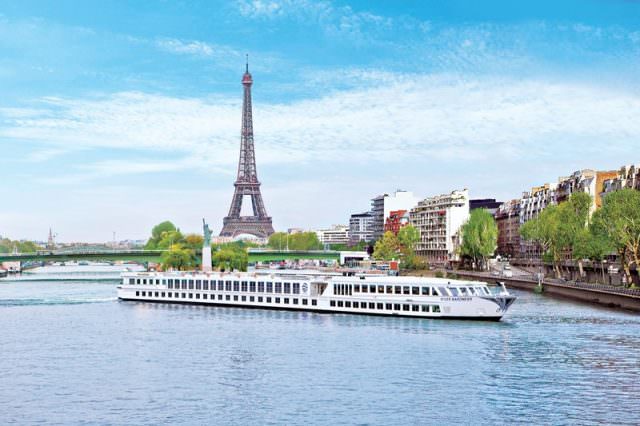 Uniworld is repurposing (and refitting) River Baroness and her sister, River Ambassador, for its new U by Uniworld product. Photo courtesy of Uniworld Boutique River Cruise Collection

At Uniworld, the differences are not limited to the fleet’s existing ships, many of which feature fantasy-like interiors. “My customers are 50-plus, 60-plus,” said Ellen Bettridge, president and CEO of Uniworld. “I want to figure out how to bring more customers into my travel space.”

Enter U by Uniworld. “This is for someone between the ages of 21 and 45,” she said. “And we really are going to change cruising on rivers with 21-45 year olds.”

The videos she shared with the Signature Travel Network Owners Meeting were definitely different. There’s an emphasis on things like mixology classes, rooftop yoga. Words and phrases used to describe activities were adventurous, exhilarating, exploring without boundaries, and, of course, fun. The last term is used to describe activities ranging from “silent discos” to city adventures–complete with crowd scenes of people dancing at festivals, eating with locals, and so forth.

We’re not that hip, so we looked up silent discos. It’s an event where people dance to music listened to on wireless headphones rather than using a speaker system.
Even Simpler than A, B, C

As for the essentials, the first U by Uniworld ships are not newbuild, but existing ships being retrofitted. U By Uniworld will start off with two ships. “We call them the A and the B,” reported Bettridge. “I know, it’s not too creative. Hopefully some day we’ll have a C, D, E, and F. Right now it’s just The A and The B. We have 24 to go.”

That, she says, is because A & B caters toward millennial travel. “U by Uniworld is all about being authentic and being fun and also an amazing value,” she said. “Millennials want to be on vacation, someplace that is just for them.” 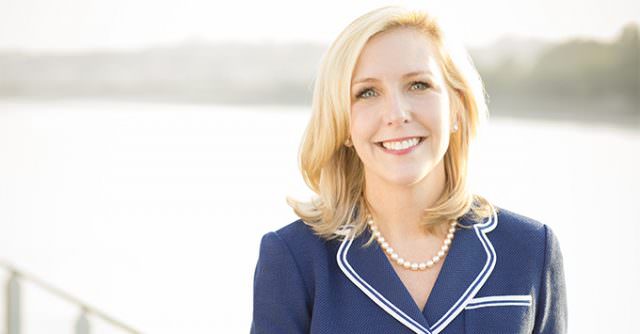 In October, the B set sail on its maiden voyage along the Seine River, which was open only to top social media influencers. The inaugural events included a drum circle creating a spiritual energy onboard, sabering champagne on the top deck and a renaming ceremony where guests released biodegradable lanterns to symbolize letting go of Uniworld’s River Baroness ship and starting new with The B. The renaming ceremony was led by the ship’s ‘Guardian Angel’ Petra Nemcova, supermodel and noted philanthropist. “It’s truly an honor to be named ‘Guardian Angel’ of The B ship,” said Petra. “For me, travel has always been a bridge – not only to the world’s most marvelous places, like Paris, but to the people that bring these destinations and attractions to life, and U by Uniworld will give young travelers the opportunity to be among like-minded people.” Following the ceremony, guests danced the night away with local pop-electro alternative rock band SHINE.

The Travel Corporation owns Contiki, which has catered to youth travel since even we were young.

Bettridge related how they worked with Contiki: “We went out to those Contiki guests and we asked, ‘What do you think about river cruising?’ We heard back that 91% said, ‘Its cool, but we don’t want to be with you old people.’ So we made it just for them. If you’re over 45, you will not be going on U by Uniworld. We will be strict, because we have to have a place that’s just for them.”

Who is going to go? “Honeymooners,” she replied. “My first booking was a honeymooner. Baby boomers, because young couples want to be with other young people. They want to go on vacation, and when they go somewhere they want engagement, they want to meet each other.”

She views this market as the new version of a backpacker. “Our millennials are spoiled rotten,” she said to some laughter in the audience. “They are not going to stay in cheap places. This is their new backpacking trip.”

Simplicity is the key. “Onboard we’re going to keep it fun. Disco, yoga, and healthy classes. Food is so important. The chefs are going crazy designing the menus. We’re challenging them. I’m giving the chefs menus that are from restaurants in LA, New York, and telling them to think differently and have fun.”

Excursions will be active: “They’re going to go on bicycles. I want to take them to a classical evening, but they might walk there. We’re going to try some different things. We have 27 different ports of call in six countries.”

This pricing includes just about everything–just about. “But I think I’m smart on this one–I did not include alcohol,” said Bettridge. “Now, we’re going to have awesome bars and we’re going to have very cheap prices. But I also did it for another reason. You need happy hour, you need a place to bring them together and for them to engage for their meals, for their welcome parties, etc.”

The dialogue on the video presentation she shared was to the point and very different than other river videos we’ve seen: “Jamie is a guy. This is a boutique hotel but that hotel moves down a river. That floating hotel is an incredible value compared to nonfloating hotels. Jamie is cruising with you. U by Uniworld that is–a river cruise that’s quickly becoming one of the the best ways to experience Europe. Yes, U.”

The messaging on the website is also different: “Worried about trees? So are we. Our brochures are printed on 100% recycled paper.”

The B ship was renamed following extensive renovations and design changes of Uniworld’s River Baroness ship. U unveils a new look and feel, inviting up to 120 travelers per voyage, spread across its four Suites, 26 Balcony Bedrooms, 29 Studio Bedrooms and two Studios Bedrooms with triple occupancy – all with waterfront views and equipped with built-in Bluetooth speakers. The B is the only ship on the river to reveal an all-matte black exterior. The ship boasts two rooftop venues, a spa, mixologists, international DJ’s, communal tables for dining, and farm-to-table cuisine with dishes ranging from Bea Tollman’s Spaghetti Pomodoro, U by Quinoa Burgers, Miso Marinated Wild Salmon to Peanut Butter Bacon Chocolate Bars.

U offers organic BeeKind amenities in all rooms, uses WhatsApp and email for internal communication with guests, doing away with the traditional paper daily itineraries on cruise ships, displays menus on screens in the bar and restaurant. It also has a Press Reader app for guests to receive news onboard and is creating an app, which will connect travelers before, during and after their trips together and debut in March 2018 ahead of the first bookable sailings.

U by Uniworld’s first sailing is April 2018. “Both ships will be pretty and ready to go,” Bettridge assured.

Pricing is less than regular Uniworld cruises. For the most part, rates are from $1699 per person for weekly cruises, though a December 16-December 19 Budapest to Budapest sailing is $999 per person ($200 per day with stops in Bratislava and Vienna.) Categories are studio, balcony and suite. Single occupancy is available for far higher in pricing. Per diems are almost always between $200 to $250 per day per person.

Four eight-day itineraries – The Seine Experience, Rolling on the Rhine, Germany’s Finest and The Danube Flow – will sail along the Rhine, Main, Danube and Seine Rivers, with overnight stops and longer stays available in cities including Paris, Vienna, Amsterdam and Budapest. U by Uniworld will also offer two five-day holiday itineraries – Dashing Through The Danube and A Merry Little Christmas Cruise – during the holiday season. —Michael Driscoll