Emerald Waterways held its final christening of 2017 for the Emerald Liberté—the third in the trio of new Star Ships to launch this year. Australian travel industry veteran and long-standing cruise and tour director Maxine Collins took the honors as Godmother during the official ceremony. 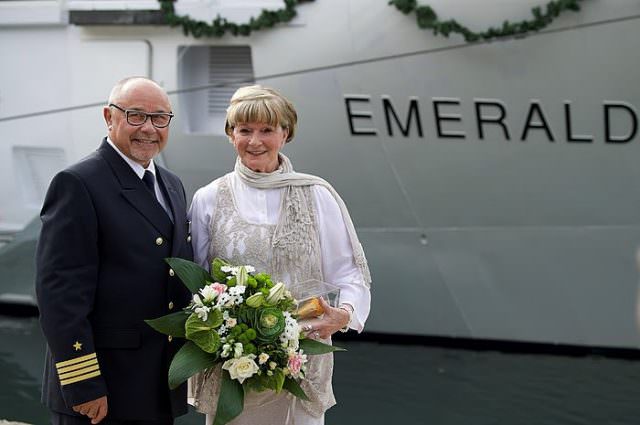 “It’s a real honor and a privilege to be Godmother of this beautiful ship and I wish all who sail on her safe passage and a wonderful journey through the magnificent south of France,” said Ms. Collins.

Emerald Liberté’s christening follows the official launch of Emerald Radiance in Porto, Portugal in June with top UK travel agent Gill Williams as godmother. Emerald Destiny, the first of the new 2017 ‘Star Ships’, was christened in Vienna in May by godmother Coleen Christie, the award-winning Canadian newscaster.

The Emerald Waterways fleet has grown to seven ships since the company launched in 2014. This year alone the river cruise line has welcomed over 17,000 guests onto the Rhine, Main and Danube, Portugal’s Douro, and the Rhône and Saône rivers in France.

As Emerald Waterways first Star Ship in France, Emerald Liberté was custom-built especially for the Rhône and Saône Rivers. The ship features Emerald Waterways’ trademark contemporary style, plus innovations like the pool which turns into a cinema at night, and drop-down glass balcony windows in all suites. The ship has a capacity of 138 guests and a crew-to-guest ratio of 1:3 ensuring a high level of service.

Emerald Liberté cruises on the Rhône and Saône Rivers through the Provence and Burgundy region on eight-night itineraries from either Lyon or Arles between April and October. The itinerary includes Chalon-Sur-Saône, Beaune, Macon, Tournon, Arles and Avignon, where guests are also treated to an on-board, Provençal-style highlight dinner by acclaimed local chef and Top Chef France finalist, Fabien Morreale.