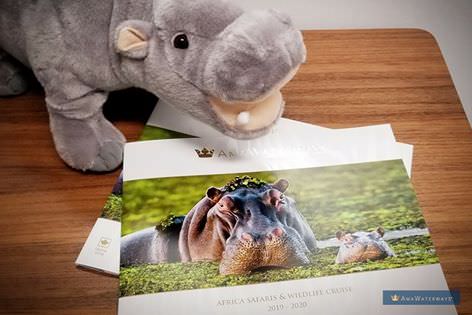 “My husband and I fell in love with Africa several years ago, and as such, we wanted to create a truly unique journey for our guests to experience this incredible destination, as well,” says Kristin Karst, executive vice president and co-founder of AmaWaterways. “By combining a classic safari experience with a scenic wildlife cruise, we are able to offer guests the best of both worlds.”

AmaWaterways’ 2019-20 Africa itineraries will include:

Guests who book an African itinerary will enjoy four nights onboard the all-suite, Zambezi Queen, designed exclusively for up-close wildlife viewing along Africa’s Chobe River. Welcoming just 28 guests, the ship features an open-air pool deck, where travelers can relax with breathtaking 360-degree views of the Chobe River and its daily visitors, including the largest concentration of elephants in Africa. Guests will also enjoy private balconies offering unobstructed views and spacious staterooms. The environmentally responsible eco-ship uses a jet propulsion system that preserves the river bed and uses a solar heating system to supply guests with hot water.

New to the company’s Africa program is a four-night land extension in Rwanda, which can be added to each of AmaWaterways’ five African itineraries. The extension gives guests the chance to experience Kigali and Volcanoes National Park, which is home to rare mountain gorillas and golden monkeys.

“We are thrilled to offer our guests a new land extension, giving them another opportunity to experience some of the most exciting wildlife in all of Africa,” Karst says.