August 2017 marks four years since Emerald Waterways launched its first collection of unique river cruises through Europe’s waterways. Since then, the Australian river cruise brand known for attracting younger, more adventurous cruise travelers has experienced steady growth, expanding its fleet from two ships to seven, adding itineraries in Asia, France and Portugal, and continuing to up the ante on active excursions and unique onboard enrichment activities. 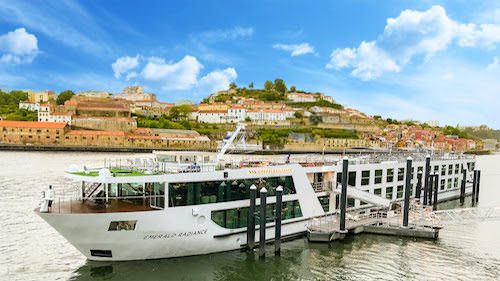 “We’re proud of how far we’ve come, and the recognition we’ve received in the industry in just four short years,” said Lisa Norton, Vice President of Brand Management for the US. “There’s more to come as we listen to our guests and strive to meet and exceed their expectations.”

In just four short years, Emerald Waterways has received its fair share of accolades as well. In 2014, its first year on the rivers in Europe, Emerald was award “Best New River Ships” in Cruise Critic’s Editors’ Pick Awards for their Emerald Star and Emerald Sky “Star-Ships.” In 2015 and 2016, the line was again commended by Cruise Critic, winning “Best River Line for Value” two years in a row.

2018 holds more growth for Emerald Waterways, including two fresh itineraries on the Rhine river, a new sailing through Holland and Belgium, and an expansion of the popular EmeraldACTIVE program, which encompass a variety of guided hikes and bike trips that allow guests a more active way to engage with the towns, cities and places they visit as part of Emerald Waterways’ range of river cruise itineraries.