Crystal River Cruises’ first purpose-built river cruise ships are nearly here. Known collectively as the Rhine Class, a total of four new ships will be launched for Crystal over the next year. Crystal Bach will make her debut first, followed by Crystal Mahler. Two additional ships – Crystal Debussy and Crystal Ravel – will follow next year. 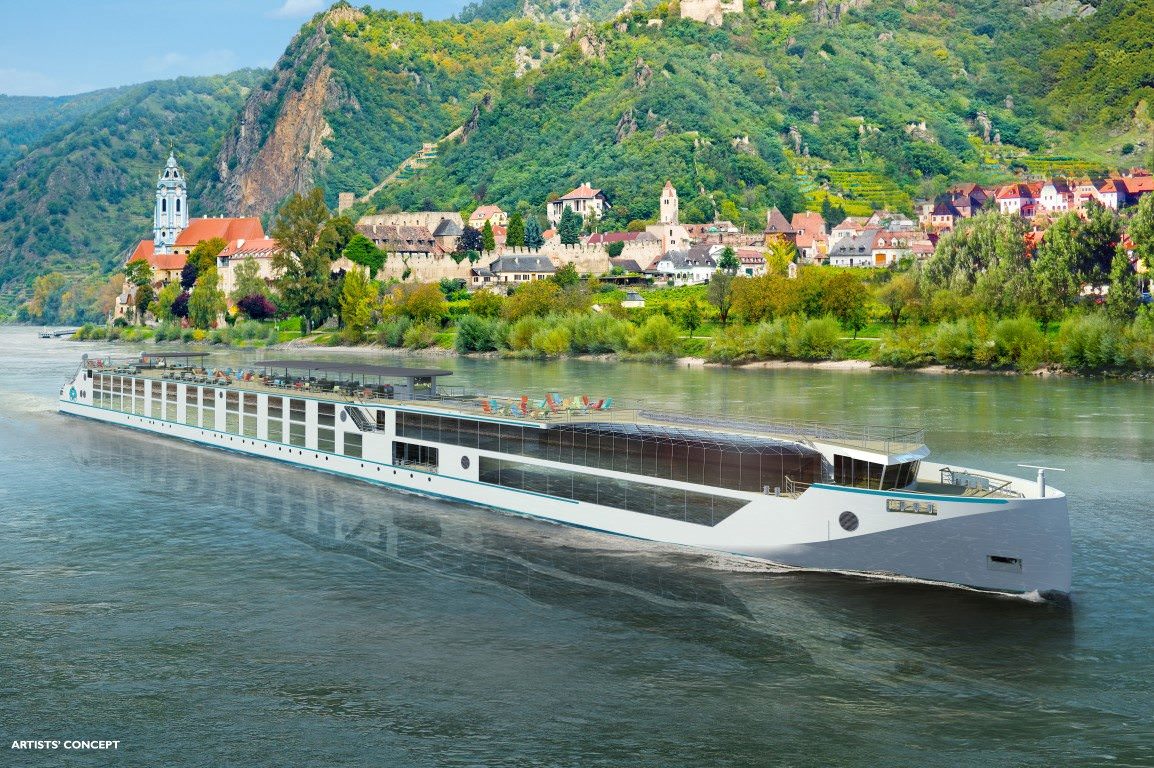 So what can you expect from Crystal’s first custom-designed river cruise ships? As it turns out, quite a lot. Intent on bringing the quality from the line’s oceangoing vessels to the rivers of Europe, Crystal is pulling out all the stops to make its new Rhine Class ships totally unique.

It all starts with Crystal Bach, which makes her debut at the end of August in Amsterdam. Recently, Crystal announced new details of what guests can expect from the line’s new onboard culinary offerings, and provided a sneak peek at some of the itineraries the line has in store for 2018.

“As the first ‘Rhine Class’ river yacht, Crystal Bach will introduce a new standard of luxury in river cruising on many fronts, including the culinary concept and innovative experiences found on board,” says Edie Rodriguez, CEO and president of Crystal. “While we are always pursuing new and distinctive experiences on each of our luxury vessels, our overall dedication to unsurpassed quality and abundant choices remains constant.”

Setting sail on its maiden voyage on August 13, 2017, Crystal Bach will operate 10 and 14-day itineraries that will run between Amsterdam, Frankfurt and Basel. She will visit some of the most popular ports of call along the Moselle and Rhine Rivers, with stops scheduled in Cologne, Koblenz, Breisach, and Antwerp. Crystal also plans to stop on several smaller European villages in addition to these big-name ports of call.

Crystal Bach and her successors have been designed from the ground-up to be the first all-balcony, all-suite river cruise ships in Europe. No “riverview” staterooms will be found here; every level of accommodation will be situated well above the waterline.

Onboard, guests can expect a world of comforts befitting of a ship that carries the Crystal name. Each suite will offer butler service, along with plush king-sized beds that face what Crystal calls its Panoramic Balcony-Windows. Suites also boast walk-in closets, dual-vanity bathrooms in most categories, ETRO robes and slippers, wall-mounted flatscreen high-definition televisions, and in-suite Nespresso machines.

At the top end of the accommodations scale, the Two Bedroom Crystal Suite is one of the largest suites on the rivers of Europe. A living room features its own Panoramic Balcony-Window along with an ambient LED fireplace topped with a flat-panel television and dining space for four, along with a custom sofa and arm chairs. These rooms feature a separate entry vestibule and a guest powder room, both absolute rarities in the river cruise industry.

Crystal is also rolling out some of the most influential culinary options in river cruising. Farm-to-table, Michelin-inspired cuisine will be available in multiple venues throughout the ship, including the elegant Waterside Restaurant; the more casual bistro café; the wine-themed Vintage Room; and the soothing confines of the Palm Court.

A few of the local farm-to-table dishes feature on Crystal’s river cruise ships will include fresh fish and seafood from Holland, seasonal fruits and vegetables from Germany and the Netherlands, meat and poultry from farmers in Bavaria and the Austrian Alps, along with wine, beer and cheese specific to each region Crystal sails. Uniquely European delicacies will also be featured on the expansive menus, including sturgeon caviar from Eindhoven and river crawfish from the Rhine.

Crystal is also inviting guests to enjoy exclusive dining experiences ashore on its newest river cruise ships. This year, every itinerary will feature at least one opportunity to dine ashore at a Michelin star-awarded restaurant landside, where guests can indulge in the signature and regional fare of these renowned venues for no additional charge.

If you’re interested in experiencing Crystal’s newest river cruise ships, it’s wise to book now – and book early. These river cruises are some of the hottest tickets around for the 2017-2018 season.