Crystal River Cruises announces the top officers for the first of its four upcoming “Rhine Class” river yachts. Crystal Bach, which embarks on her maiden voyage from Amsterdam in August, will be helmed by Captain Lukas Zatschkowitsch, a seasoned river captain on Europe’s rivers for the past 15 years. A native of Vienna and currently residing in a Danube village near the Austrian city and Bratislava, Zatschkowitsch’s experience along the Danube, Rhine and Main Rivers stretches back to his childhood, when he sailed the waterways aboard his father’s own boat. 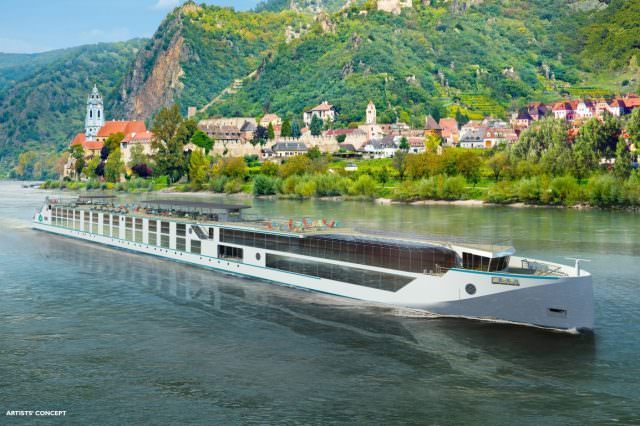 Joining Captain Zatschkowitsch in leadership of Crystal Bach is Hotel Director Sergio Merendino. Merendino boasts a long career in luxury hotel service and management throughout Europe, and is intimately familiar with Crystal’s brand of six-star service, having joined Crystal Serenity in 2011 and most recently served aboard Crystal River Cruises’ first ship Crystal Mozart. Merendino will oversee all hotel operations aboard Crystal Bach, including accommodations, service and culinary programs, and will be accessible to guests during their voyages.

“The quality of our guests’ Crystal Experience begins with the officers charged with ensuring that experience is seamless and exceptional at every point,” says Crystal’s CEO and president, Edie Rodriguez. “It has always been Crystal’s practice to appoint the highest caliber of professionals at every level of service aboard our ships, and the crew aboard Crystal Bach is no exception. We look forward to embarking on her beautiful journeys with Captain Zatschkowitsch and his officers overseeing every luxurious detail of the unparalleled Crystal Experience.”

Crystal Bach will embark on her maiden voyage August 13, 2017 as the first of four of Crystal’s “Rhine Class” river yacht. She will sail 10- and 14-day itineraries between Amsterdam, Frankfurt and Basel, visiting destinations along the Rhine and Moselle Rivers including Cologne, Koblenz, Breisach, Antwerp, and other riverside hamlets.