A while back, we wrote about how American Queen Steamboat Company (AQSC) is bringing some of America’s most iconic musical genres to the Mississippi River on the company’s river cruises. Thanks to its immersive nature and relaxed, laid-back pace, river cruises are the ideal kind of vacation in which to best explore your own personal interests – and if that runs to the appreciation of the grape, AQSC has you covered.

Washington and Oregon are known for their exceptional wines, and AQSC fully takes advantage of that on its Vineyards, Vintages and Varietals river cruises. These shoulder-season cruises from Vancouver, Washington (just across the river from Portland, Oregon) are designed to showcase some of the region’s best wineries, with wine-themed excursions and onboard tasting events. 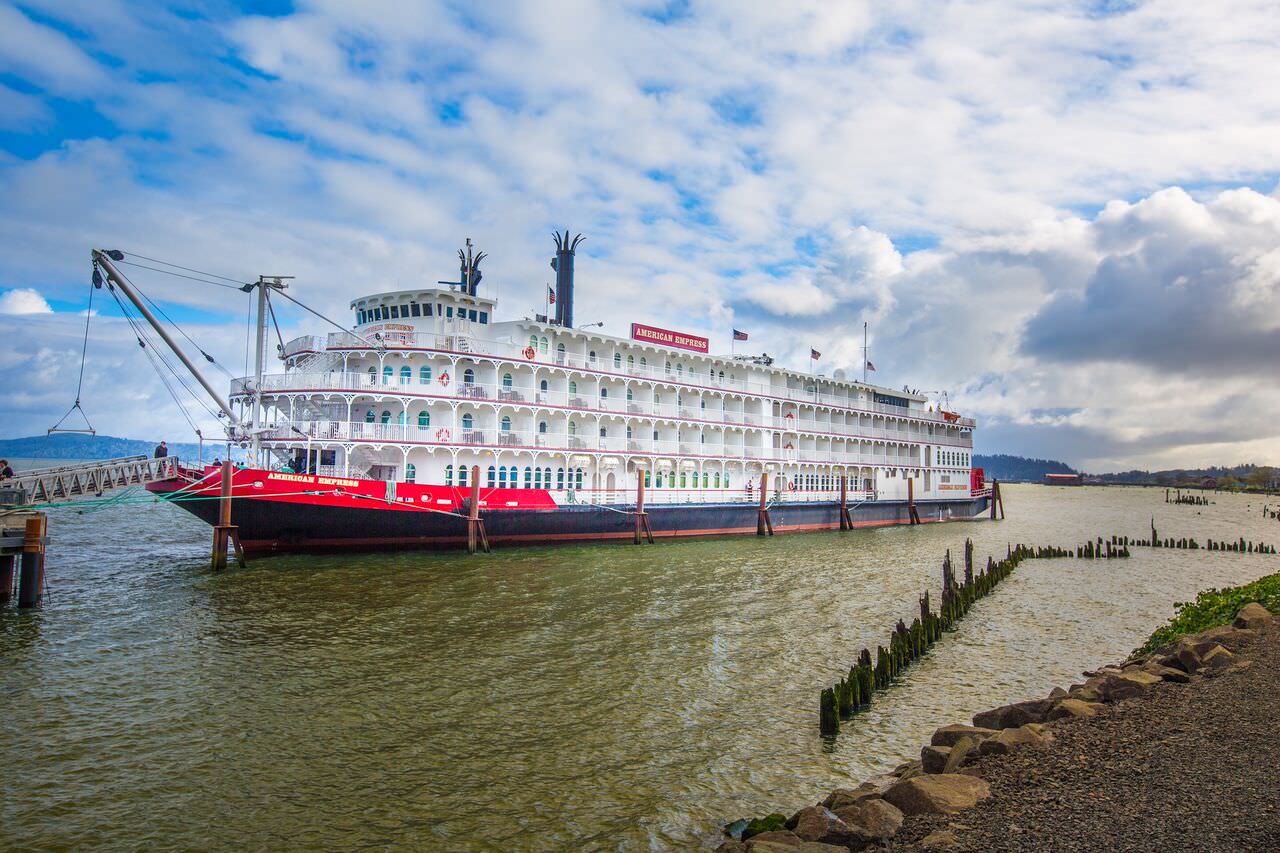 Featured wineries change with each voyage, and lunches and dinners aboard the American Empress are paired with local wines, provided at no extra cost during mealtimes. Meals too on board are regionally-inspired and use local ingredients wherever possible. With wine pairings from regions like the noteworthy Willamette Valley, these cruises also double as a sort of unofficial foodie extravaganza.

What we appreciate about the way that AQSC arranges these voyages is that guests are allowed to pick and choose what excursions they’d like to take. That means you can sign up for every single wine tasting event offered, both ashore and onboard, if you’d like. Or, you can take the complimentary Hop-on-Hop-off bus tours, operated aboard the line’s own branded luxury coaches. You can also simply set out on your own to patronize local establishments, or simply take a stroll along the banks of the historic Columbia River, shrouded most mornings in fog and mist.

While everyone is excited to taste the wines at these events, it is the knowledge that comes from interacting with folks at the vineyards that can be the most valuable. Wine can be an intimidating subject, and people might be nervous, even embarrassed, to show their lack of knowledge on the subject when ordering wine from a restaurant or bringing it to a get-together.

These wine appreciation cruises from AQSC take that fear right out of the equation. The line has put together tours that are informative, but relaxed and fun. 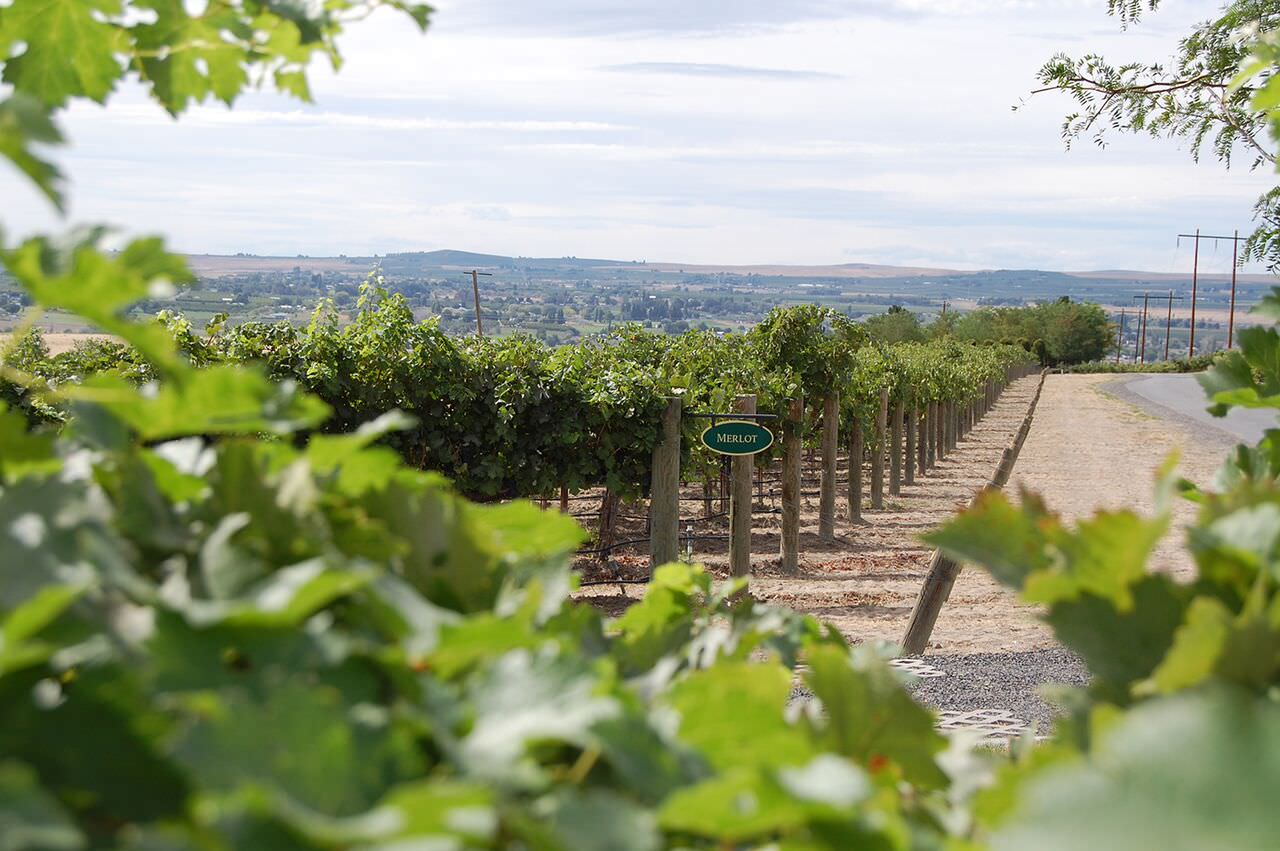 While wine tastings and appreciation events are a cornerstone of these Vineyards, Vintages and Varietals sailings, you certainly don’t need to be a wine-lover to participate. The region is known for its fine craft beers, and AQSC does an excellent job of showcasing those too on these sailings.

These cruises are also good for those who don’t imbibe, though it may not look like it from the outset. Every cruise aboard the American Empress offers daily talks and lectures from a dedicated onboard “Riverlorian,” who imparts local history and fun facts to guests. And there is no shortage of history here, from Lewis and Clark’s ultimately successful expedition to find the Pacific Ocean to John Jacob Astor’s somewhat more disastrous, but also successful, quest to establish a trading post on the Pacific Ocean. That town still exists today, and bears the name of its founder: Astoria.

Non-wine themed excursions are offered in every port of call, and AQSC even includes complimentary admission to a selection of local attractions as part of its Hop-on-Hop-off excursions. You could never have a drop of wine and still enjoy these sailings – but of course, for those who love wine and want to learn about its history, particularly in Oregon and Washington state, it’s tough to beat these great sailings.

As a bonus, these cruises also feature specialty coffees from this region known for its local roasters, as well as the products of several local craft breweries, from light beers to stouts to glorious fruit ciders.

The two springtime departures begin on March 19 and 26, respectively. These cruises begin with an overnight stay in Vancouver, Washington before setting sail for Astoria, Oregon; Portland, Oregon; The Dalles, Oregon; and Stevenson, Washington. Springtime is beautiful in the Pacific Northwest, and this itinerary showcases it at its prettiest.

While the fall brings rain to the Pacific Northwest, these two fall departures will keep you toasty-warm aboard the cozy American Empress. Sailing on November 12 and November 19, 2017, these two end-of-season voyages have a lot of good things going for them. The tourists have largely left, meaning few lines for key attractions. A festive fall atmosphere is present in almost nonstop, with celebrations for fall harvest well underway.

The November 19, 2017 voyage – the last of the season – also has another thing going for it: it also happens to coincide with Thanksgiving in the United States. Chefs aboard the American Empress will whip up a traditional feast, paired with some delectable local wines. Best of all, this turkey cooks itself.

The Columbia River is a fantastic river cruise destination at any time of year, but these wine appreciation cruises that American Queen Steamboat Company puts together each season are quickly becoming our favorite way to see this picturesque part of the world.