You are here: Home / Cruise Companies / Revisiting The Mekong After Eight Years

I have lived a very privileged life when it comes to travel. I’ve been on 19 cruises and I’m only 21 years old. I have traveled many times with my dad, but what do you expect from the child of the Avid Cruiser?

We went to the Bahamas when I was little; I visited him in Sweden a few summers when I was in my teens. I had traveled much of the world by the time I was ten, but my favorite trip with my dad was one that I took in high school. High school is something that most people, including myself, try to block out of their memories. High school was hardly “the best years of my life” or whatever people say in movies. But I did happen to have one of the best experiences of my life during my first year of high school. Although the trip was seven years ago, my trip on the Mekong is something that I find myself thinking about on a weekly basis, if not daily. I love to share my experience of visiting Vietnam and Cambodia with others. There is something special about going out of the country, especially when going somewhere not a lot of people have been. 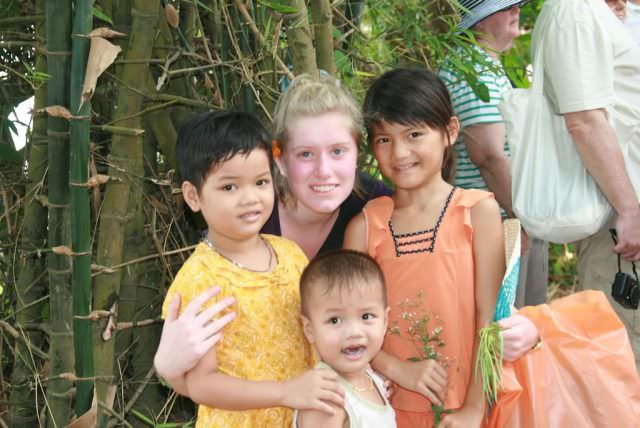 The trip was in 2010 on AMAWaterways La Marguerite. It was my first river cruise, which I thought I would hate due to the small number of people. I am a social butterfly, so I enjoy going on bigger ships where I can meet as many new people as possible. My travel relationships were always more about quantity than quality. That’s before I started river cruising. The 92-passenger carrying capacity was perfect for getting to know people. I managed to introduce myself to everyone on the ship, and have dinner with a different group of people every night. La Marguerite was the perfect ship to cruise on, and although it is no longer in service AMAWaterways has the AmaDara and AmaLotus that also run on the Mekong.

To be honest, I didn’t spend much time on the ship except for meals. That being said, dining was something that really stood out to me. There was a noodle station, which allowed you to make your own ramen-type noodle bowls. These made an incredible breakfast. 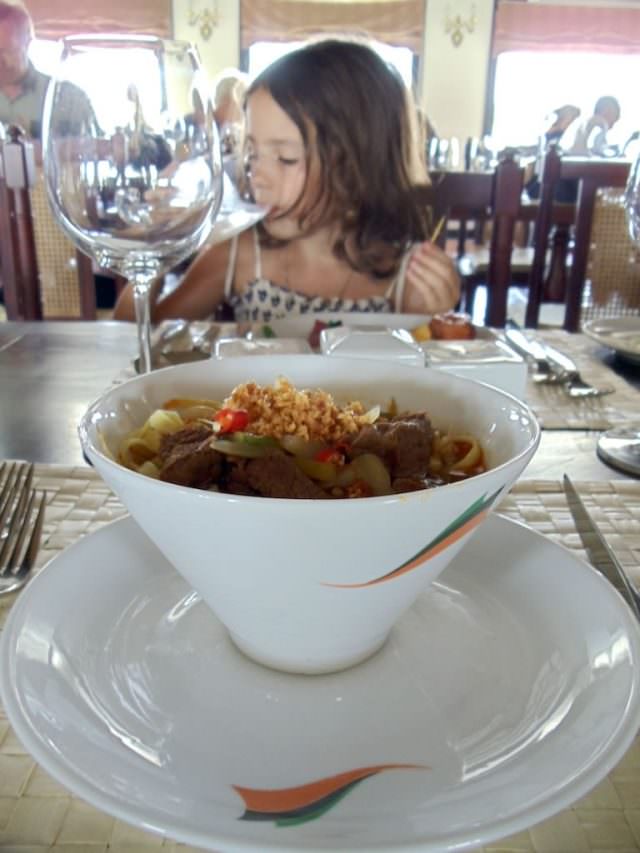 Days were spent touring cities, factories, and markets. We spent our first day in Ho Chi Minh City at the Sofitel. We were jet-lagged, walking in daze through markets and crossing the busiest streets I’d ever seen. The jet lag wasn’t bad at all considering the 12-hour time difference from North Carolina to Vietnam, but the quickness in my acclimation can be placed solely on the excitement of being somewhere so far and so different from home.

We rode a bus to the ship and the journey began. One of my favorite excursions was to a village where the locals made rice paper. They sold coconut candies that were wrapped in the rice paper, which we purchased and took back to the ship. Angkor Wat was certainly the opportunity of a lifetime. Seeing so many temples throughout Vietnam and Cambodia, and finally seeing the holy grail that was Angkor Wat was truly magnificent. Although I am a little young to remember the shared history between the United States and Vietnam, I was able to learn about that history while walking through tunnels and trenches. I also learned a lot of history at Choeung Ek, better known as the Killing Fields; as horrific as some of the details were, I appreciated learning the tragic history. 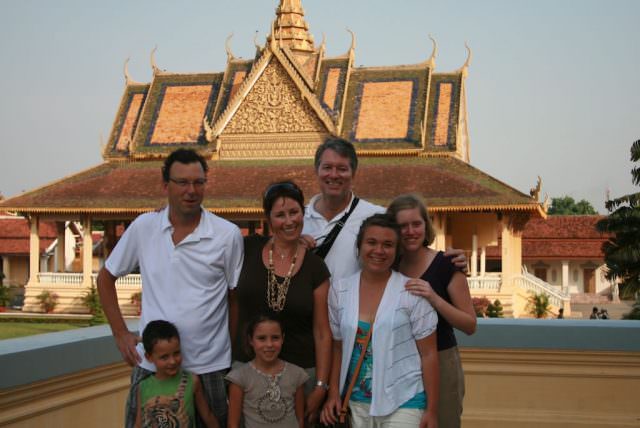 Being 14, I was too young to go to Vietnam said some people. My mother and grandmother thought that I wouldn’t appreciate the trip for all it was worth. I was warned a lot about the dangers of going. My grandmother worried so much for my safety. Everyone reminded me to keep my belongings close in case of theft, and to always stick with my dad. My dad and I felt so safe that he let me go off the ship with two people who were cruising with us. I never feared my own safety, and I never felt like I was in harm’s way. Ho Chi Minh City was, in fact, so nice that I remember my dad inquiring about living expense in the city from a cab driver on our way back to the airport.

I was hardly too young for the trip. I wasn’t even the youngest person on the trip. We cruised with a Dutch family who brought along their, at the time, six- and seven-year-old children. I made quick friends with the kids, despite the language barrier, and we had so much fun on and off the ship. We enjoyed walking around together and eating fresh fruit at the market, as well as going on an ox cart ride and spending time at Cambodia’s Royal Palace in Phnom Penh. We learned about other cultures, religions, languages and countries, which made this trip more than appropriate for children. I talk to my dad often about the trip too, and from the way he talks about it, I know it he would say the same thing for people his age. 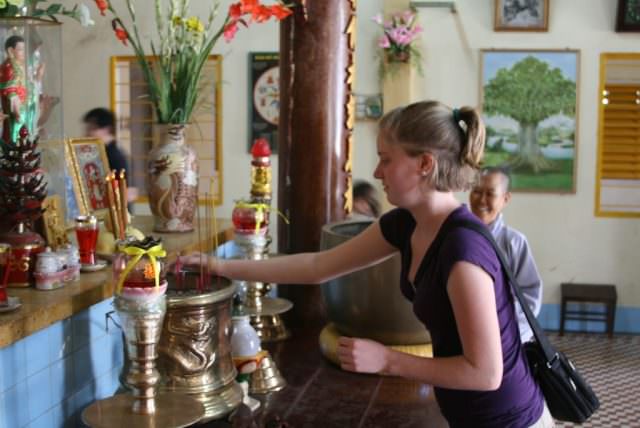 The Mekong was about going out of my comfort zone. It was about doing something that other people warned against and enjoying it. It was about being a risk taker. I am an easily frightened person, so it would have been easier for me to listen to the fears projected upon me than to go through with my journey. I am so happy I went. Not just because I had an amazing trip, but the experience helped me learn not to base my experiences off of other people’s perceptions. There was nothing unsafe about the trip, nor did I ever feel uneasy. Every second was enjoyable, and I had the time of my life.