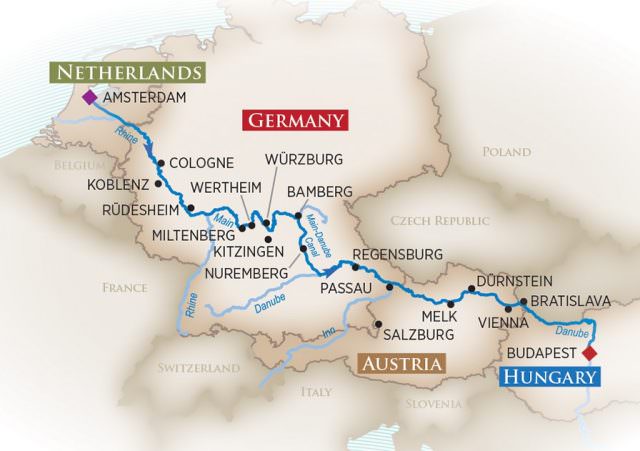 Two weeks was not too many on our September cruise from Amsterdam to Budapest. In fact, as we approached Bamberg about midway through our trip, I stood out on deck with Steve, an American traveling with his wife.

Steve appeared to be about my age, in his late fifties. “I wish we had the time to stay on for the return trip from Budapest,” he said to me. “But my wife still works. I’m retired.”

Indeed, the duration of the cruise, spanning 14 nights/15 days, is perfect for those who have the time for a truly immersive European experience: three rivers, five countries and scenic cruising through the heartland of Europe. And time to absorb and reflect on it all.

Leaving Amsterdam, we cruised the Rhine river, the Main River, the Main-Danube Canal and the Blue Danube. Part of the beauty of this 15-day voyage was watching the landscape of Europe pass as our ship made its way along the rivers. We captured the highlights in a video, which you can view at this link. 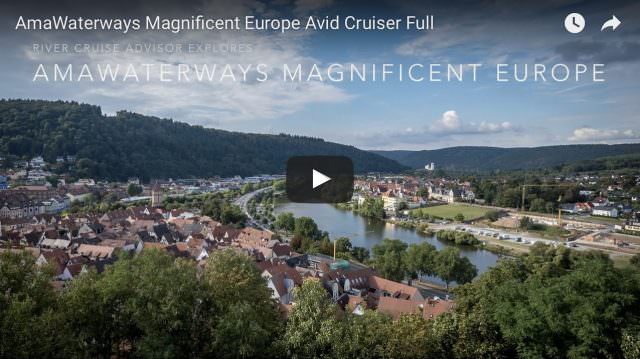 Each day of our cruise we chose from a selection of complimentary tours. Typically two or three tours were offered, and we could always take off on our own using one of the bikes on board.

I learned to make pretzels in Miltenberg, stepped into a gondola in Rudesheim for a bird’s-eye view over the town and river, sipped wine in one of Germany’s oldest wine cellars, pedaled through the Wachau Valley and much more. I visited UNESCO World Heritage Sites such as the Cologne Cathedral and enjoyed scenic journeys through such natural wonders as the Rhine Gorge.

Our two weeks on this sailing ended with an illumination tour in the city of Budapest. AmaSonata cruised for about an hour, with nearly everyone out on the top deck, appreciating Hungary’s well-lighted capital city. It was the perfect ending to cap off a magnificent voyage through the heart of Europe.

This two-week itinerary is a good pick for those who have the time for a truly immersive European experience and for those who enjoy a variety of excursions ashore, including cultural activities and active events, such as guided hiking and cycling tours.

Want To Experience A River Cruise From Amsterdam To Budapest?

In 2017, AmaWaterways offers only five Magnificent Europe departures. Operating from May 1 through September 7, 2017, these 14-night cruises are priced from US$6,099 per person, based on double occupancy.

Tip: Be sure to add on a couple of nights in Budapest after your cruise. There is so much to explore and enjoy in this gorgeous city on the Danube. I stayed in an AirBnB in Budapest that went for only $50 a night and was just a minute’s walk from the Opera House. Each day I set out on foot to explore the city and wished that I had stayed for several more days.

Links to my Voyage Reports

Next Up: Sampling Bordeaux On CroisiEurope