The issue of water levels along the rivers of Europe has once again reared its ugly head – and it’s not pretty. Due to increased rainfall activity, the Danube and Rhine Rivers are currently experiencing high water levels. This has forced some river cruise lines to make changes for sailings through the end of June, and in some cases, into July as well. 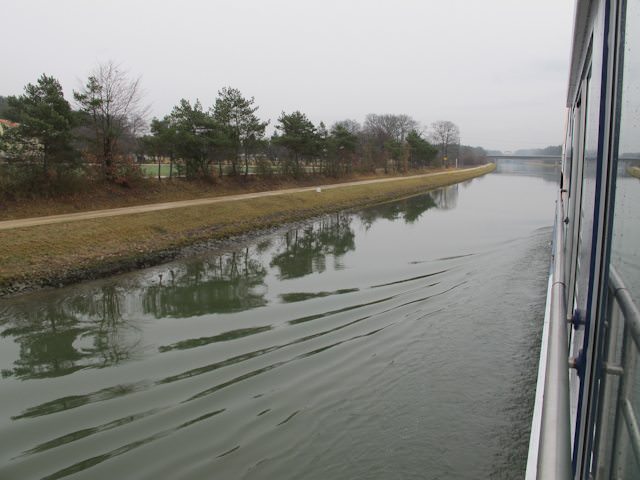 The Elbe River, on the other hand, hasn’t had enough rain – and that’s causing a good deal of grief in terms of embarkation, disembarkation, and in adhering to some of the previously published itineraries in this region.

While this issue stands to affect numerous lines sailing in the region, Viking River Cruises has been tremendously proactive, offering up an entire web page dedicated to its current itinerary modifications (click here to view).

Other lines have issued statements on their Social Media channels advising guests of potential delays. Avalon Waterways issued the following on its Facebook page:

Due to increased rainfall this spring, water levels on some of Europe’s rivers are higher than normal. While the impact of higher waters on past and current sailings is minimal, we have had to make some modifications including occasionally changing embarkation and disembarkation locations. As waters continue to ebb and flow through the weekend, should last-minute itinerary changes be required, our goal is always to provide a wonderful vacation.

If you have questions about your upcoming cruise, you are welcome to contact our team at 866.397.6593 or [email protected] If you contact us, please understand that water levels change hourly so much can change daily. In the meantime, we’re just “going with the flow.”

Avalon has a very good point: these high/low water situations can literally change by the hour. A ship that might be able to sail over an affected stretch in the morning might not be able to in the afternoon. River cruise operators have little to no warning, and have to rely on reports from other vessels, lock keepers, and local authorities in order to make informed decisions. It’s a complex issue, and one that is wholly unique to the river cruise industry.

Here’s a roundup of current (as of June 20, 2016) issues that have been communicated by various river cruise lines:

Viking River Cruises has issued an advisory statement regarding the high water levels near Passau, Germany. The line says that current impact on sailings is limited, but that delays and itinerary adjustments may be necessary to clear this stretch of water.

Viking River Cruises states the following departures will be affected by the high water levels:

Finally, the Elbe River is facing the opposite problem: not enough water. This is impacting embarkation and disembarkation ports, as well as touring.

Viking River Cruises has again been one of the most transparent lines regarding this issue, and lists the following sailings as being potentially affected in some fashion (note that none of these departures have actually been cancelled):

Keep in mind that water levels are subject to change rapidly, and that this information may not reflect all current delays or itinerary alterations or cancellations. We’ll continue to update this story as information becomes available. At this time, no information involving itineraries on other lines, ships or regions is available (Sunday, 11:36pm EST).