You are here: Home / Airfare / River Cruise Airfare: Getting There In Comfort

The most uncomfortable flight I’ve ever had was from Miami to Frankfurt this past March with Lufthansa. It wasn’t because the flight crew were rude (they weren’t) or the plane was old (it wasn’t). It was because I didn’t do my homework before booking it.

Not only did I get nailed with a short connection compounded by a delayed inbound flight, but I spent the eight-hour flight across the Atlantic with the left side of my head pressed up against the curving bulkhead wall of the plane’s fuselage. Fuselage that, I might add, lacked the windows and storage compartments available to me just one row behind. I spent the entire flight genuinely hating the experience, for two reasons: one, that airlines care rather little for passenger comfort back in coach and two, because I hadn’t paid attention to the seat I was choosing or the connection time I was agreeing to.

What can you do to make your journey across the pond more comfortable? Here’s our checklist of things to work through before booking your next flight to Europe: 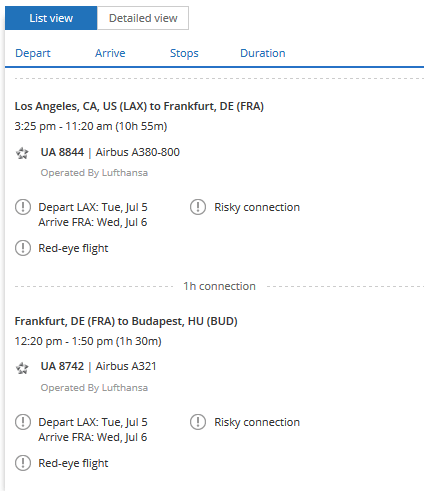 This set of flights has just 60 minutes to connect in Frankfurt, which puts you at a great risk of missing your connecting flight.

You’ve found the perfect flights, on the airline you want, and the aircraft you like. There’s just one problem: The connection times are tight. Our advice? Don’t risk it. Anything less than a two-hour connection in many airports in Europe is asking for trouble; a 90-minute connection in Frankfurt will involve substantial running between terminals, and increased passport and security checks at Amsterdam Schiphol held us up for nearly 45 additional minutes on our last journey through that airport in April.

Consider this: Two hours sounds like a lot of time at an airport, but it’s really not. If your inbound aircraft is just 30 minutes late, that leaves you with only 90 minutes to:

If you have a few hours between flights, you can rest easy: Any holdups at passport control or security will just eat into what would otherwise be free time. If you’re under the gun to start with, it’s surprisingly easy to miss your flight.

Keep in mind too that airports like Frankfurt and London frequently use “remote stands” – a sort of phantom gate that doesn’t exist. Instead, you’ll be bussed from the terminal to your aircraft, which could be parked on the tarmac up to a 15-minute bus ride away. 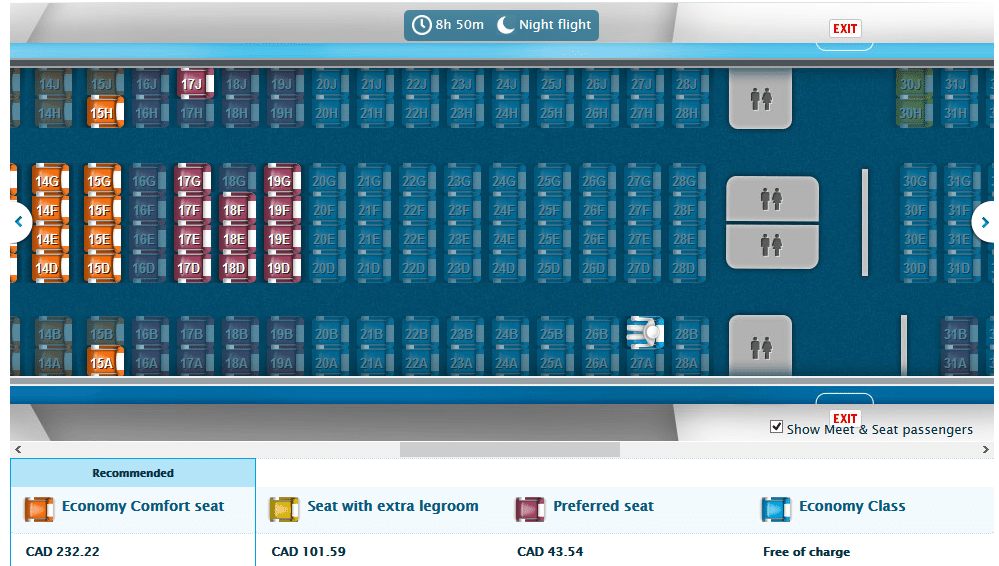 Don’t wait until check-in to pick your seats. Waiting limits your choice and increases the chance you’ll end up with a seat you don’t like. My KLM flight that’s over a week out is nearly totally booked up already.

Don’t wait until online check-in, even if you have to pay for seat selection. Waiting until check-in virtually guarantees you’re going to get screwed out of the seats you want. Instead, go online and enter your booking code and last name into the “Manage My Bookings” section of your airline’s website. Chances are good you’ll be able to select your seat, either for free or for a nominal fee. Don’t see it? Give your airline a ring and ask about advance seat selection – unless, that is, you like Row 64 H and K by the bathrooms.

In many cases, it makes good financial sense to splurge for the plane’s “special” seats. You know the ones: the six or so that happen to be adjacent to one of the plane’s emergency exits, or the ones that border a bulkhead divider separating business from premium economy, or premium economy from economy.

These seats typically have more legroom than others onboard the aircraft, and most airlines will want a small supplement added to your overall fare for them. But it’s a small price to pay to fly to Europe without someone reclining their seat in front of you for eight straight hours.

Give Premium Economy a Try 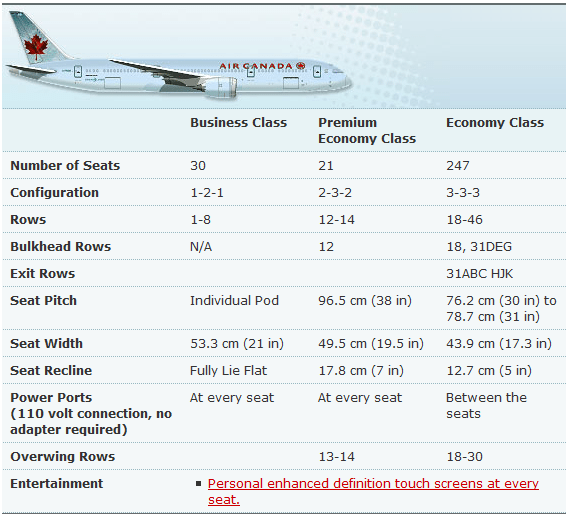 Air Canada’s Boeing 787 explained. Note the difference in seat “pitch” (the distance between your seat and the seat in front of you) of Economy and Premium Economy

Don’t be afraid to try Premium Economy seating if it’s offered by your airline of choice. On nearly all airlines, Premium Economy gives you two things: more legroom and seating near the front of the aircraft, the latter of which can be quite important if you’re worried about a tight connection (but you didn’t book one of those in the first place, did you?)

Some airlines, however, really roll out the Premium Economy welcome mat. Air France, for example, gives you SkyPriority status that includes priority check-in, boarding, and two free bags per person. Air France has its Premium Economy seats in a separate “mini-cabin” nestled between Business and coach, and its seats are almost like domestic first-class seats, with a 2x4x2 configuration on the Boeing 777-200ER instead of 3x4x3.

It’s not quite business, but it’s a heck of an improvement over coach.

Don’t Assume Business Class Is Out Of Reach 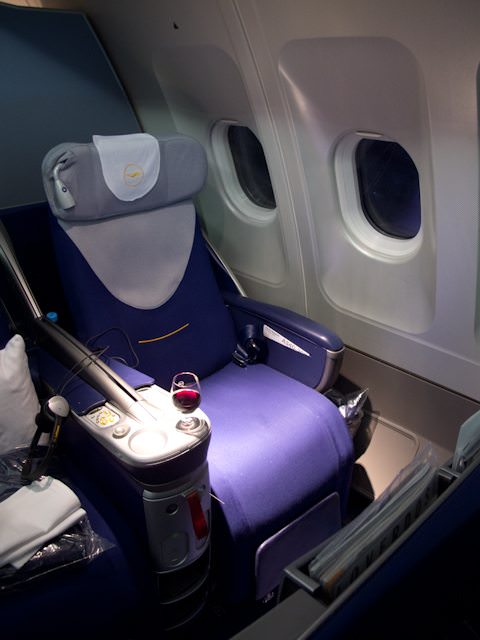 Don’t just assume you can’t have Business Class – there are other ways to get a great seat up front. Photo © Aaron Saunders

Finally, don’t assume you can’t afford Business Class, as there are a number of ways to get these coveted seats without paying full fare for them:

Flying is one of the most troublesome aspects of any European river cruise vacation, but by being smart about your airfare, it can be an enjoyable experience that gets your river cruise started off on the right note.