The Danube is to European river cruises what the Caribbean is to ocean cruises. It’s the de-facto destination everyone thinks of when the words “river cruise” are mentioned; the river shown from high-angle aerial shots in all the advertisements you’ve seen.

But, like the Caribbean, the Danube is too big, too varied and too different to simply be lumped into a single category. To expect a consistent experience from the Black Sea to Germany would be unrealistic, though your river ship itself should be consistently good no matter which section of the Danube you’re preparing to sail.

In order to help you prepare for your first (or twenty-first) Danube River Cruise, we’ve put together a list of common misconceptions – some of which have come as a surprise even to us after having sailed this fabulous river dozens of times.

You’re Going To Be Docked In Weird Places 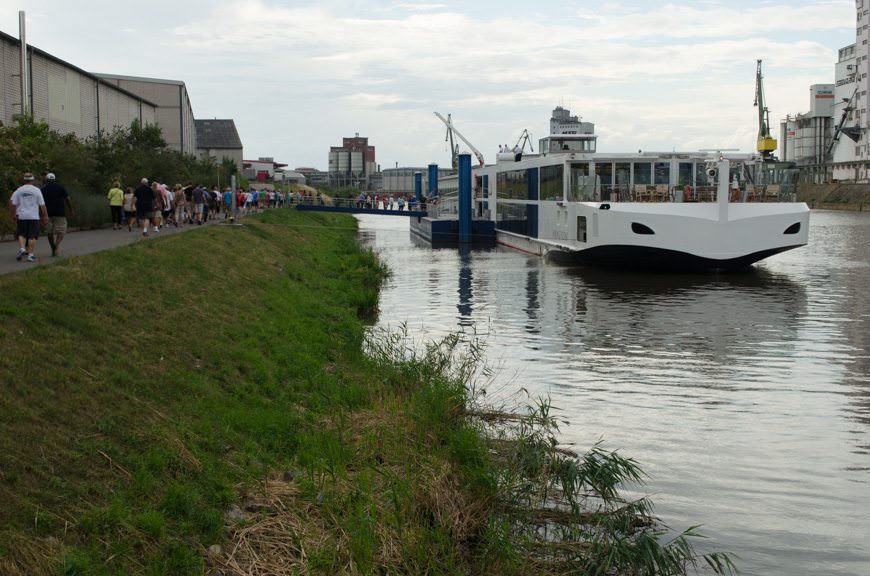 In the “old days” (read: five years ago), docking in places like Melk, Austria was relatively straightforward: you pulled up to one of three berths situated by the river, and from there, you could walk to Melk Abbey in about 15 minutes. That is, of course, if you managed to make it past the cozy chalet-style house at the end of the path serving up cold ones on a hot summer’s day.

Now, all that has changed. With the popularity of river cruising on the rise, lines have had to make use of alternate berths – some of which are situated across the river and which require motorcoach transfers into Melk.

This is less of an issue in cities like Vienna, where everyone docks out of town, but can be an issue in Budapest, where numerous ships dock on the Buda side of the Danube, nestled in the shadow of Buda Castle. It’s not impossible to walk over to the busy, more tourist-oriented Pest side (we did it back in 2013 and can confirm it’s a pleasant 30-minute walk), but chances are good you’re not going to want to make the journey in the heat of July or the chill of December. Having said that, we are proud we’ve alternately sweated and froze on the Elizabeth Bridge…

Alternately, ask the crew how to use the local transportation system – they’ll know it like the back of their hand because they, too, want some time away from the ship.

Say Hello To Your Ship Neighbours 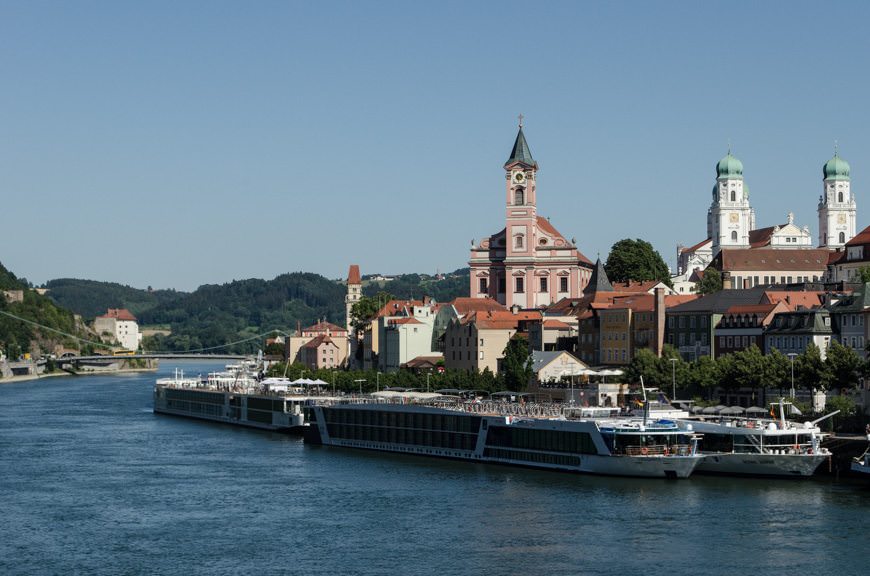 When river cruise ships dock, they dock literally right next to each other, as seen here in Passau. Photo © 2015 Aaron Saunders

One thing that nearly every cruise line goes to great pains to explain is the fact that, when you’re moored alongside in cities and towns, it’s not uncommon for other ships to dock right next to you. Most guests nod in assent when this information is presented, and then react with incredulity when another ship comes alongside so close that you could reach out and shake hands with the guests on the other side.

Herein lies the difference between ocean and river cruising: when oceangoing ships tie up next to each other, they’re separated by a pier. River cruise ships have no such separation; they pull right alongside and tie up to your ship. This is very common on many rivers, but it seems to happen a lot more on the Danube than the Rhine and other waterways (it’s very rare, for example, on Portugal’s Douro River).

Once again, just be prepared that the full, step-out balcony you paid so much money for may not be prime real estate when you’re tied up.

The Eastern Danube Is Very Different From The West 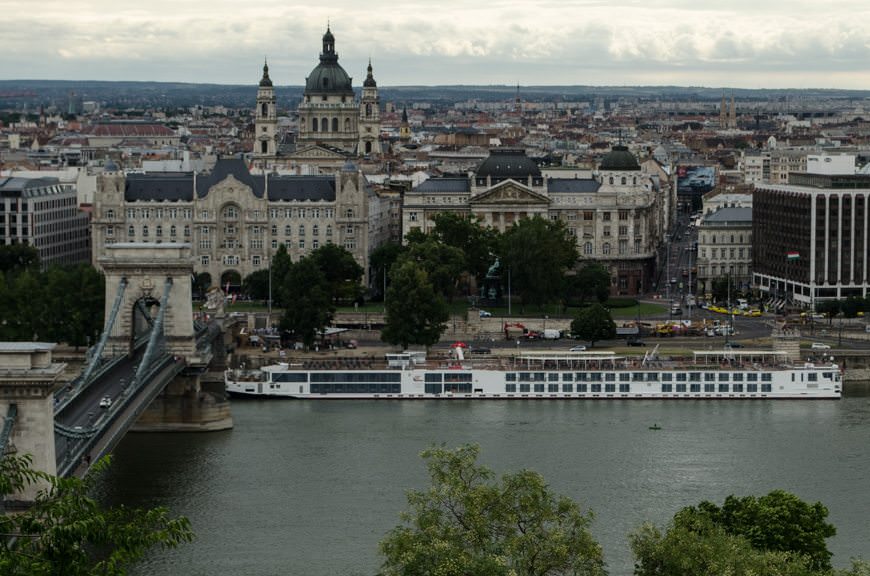 Budapest is something of an unofficial border between the Eastern and Western Danube. Photo © 2015 Aaron Saunders

To the west, you have prosperous Germany and Austria. You have medieval towns like Regensburg, big-name cities like Vienna, and quaint villages like Durnstein. It’s picture-perfect river cruising from start to finish.

Then, there’s the Eastern Danube, which weaves its way through Hungary, Croatia, Serbia, Bulgaria and Romania. These countries are filled with plenty of history and rich cultural offerings. They’re absolutely authentic, and they wear their war-torn scars like a badge of honour. But they’re not picturesque in the same way that the stretch of Danube west of Budapest is. In fact, we’d recommend an Eastern Danube sailing for experienced river cruisers who have already seen the western half of this exciting waterway; first-time river cruisers are likely to get much more out of the western stretch from Nuremberg to Budapest.

As with many things in Europe, there is a multitude of cultures and ideals crammed into a very small geographical space. And the lifeline that unites them is the Danube. Understand that, and you’ll have no issues enjoying your Danube river cruise – no matter what stretch of it you intend to sail. 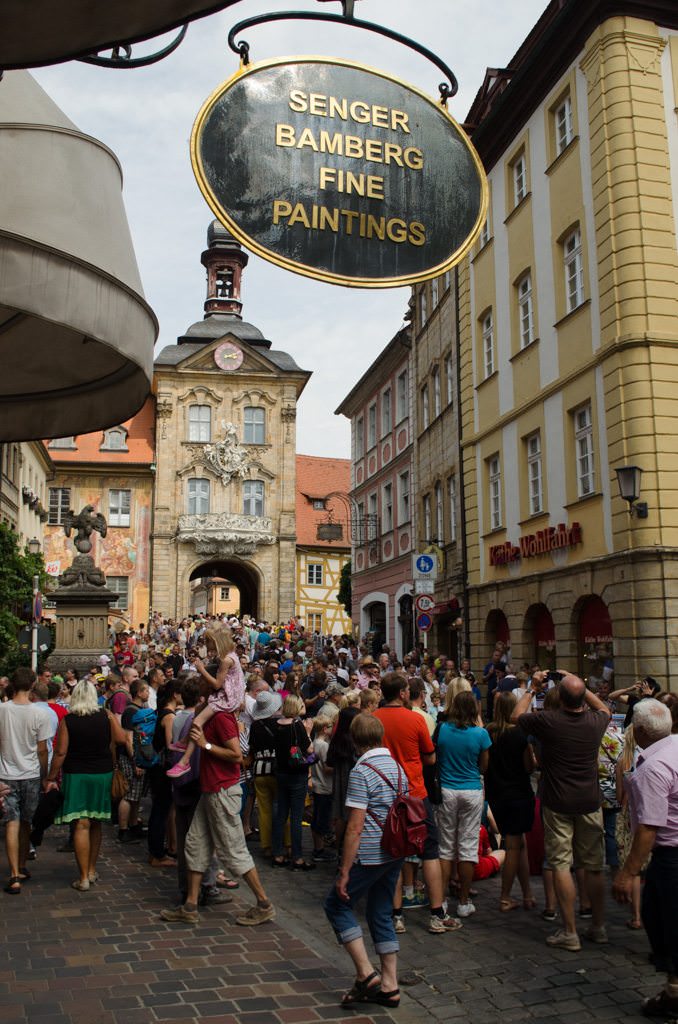 This could probably apply to most of Europe during the summertime, but expect crowds at all the major attractions on the Danube. Bus tours, independent tourists, and river cruisers are all converging at the same time on places like Vienna’s Schonbrunn Palace and pretty much all of Salzburg, Austria. It’s important, particularly in the high season months of June, July and August, to pack your patience on the Danube, and just recognize that crowds will be a substantial part of your experience.

However, having said that, we’ve always managed to find a quiet café in Vienna, even during the summer months. The trick? Ask the locals – and don’t do as every other tourist does. Café Demel will manage to exist without your patronage. 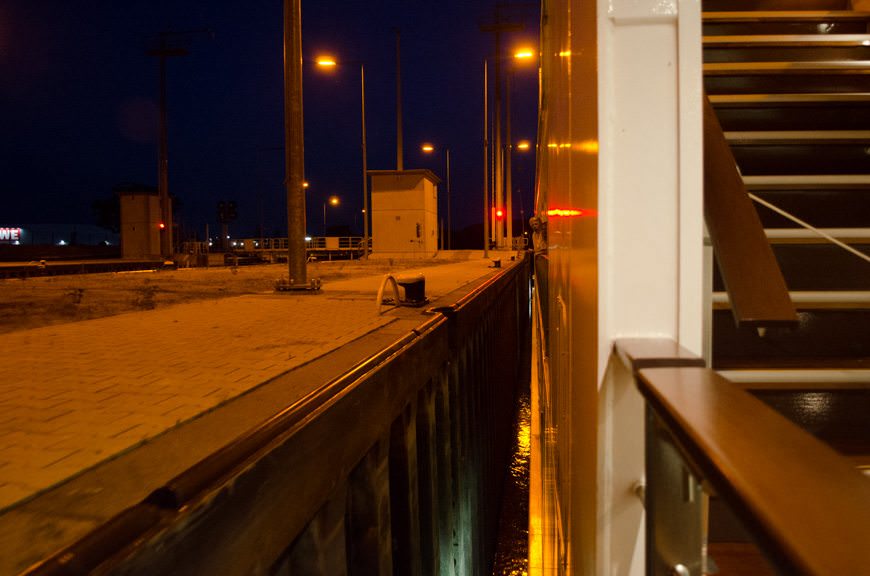 This is particularly true for voyages that sail between Nuremberg and Budapest. In order to transit from Nuremberg to the heart of Bavaria and the start of the Danube, ships must first traverse the Main-Danube Canal; a man-made marvel of engineering that opened in 1992. It sounds like fun – and it is. But with 16 locks to traverse, this is the one place your ship can get held up – and the one place you might not have the best sleep, as your ship pings and bumps off lock walls and bumpers all through the night.

Most lock transits are rather smooth affairs, but you’ll get the odd one where the lock is just narrow enough that a smooth docking isn’t possible or – as happened to us on one sailing – another ship sharing the lock with you will bump into you. That causes your ship to hit the lock wall. It’s nothing huge and the rubber bumpers on the ship take care of these little maritime fenderbenders, but it is enough to cause you to spill your drink if you’re not careful.

Do you have tips for a successful river cruise along the Danube? Let us know by using the comment form below and help your fellow cruisers out!