You are here: Home / Cruise Companies / Viking River Cruises / Despite New Ocean Ships, Viking Not Slowing Down On River Cruises

The big news last week was the christening of Viking Cruises’ brand-new Viking Sea in London. She’s the largest ship to ever be christened upon the River Thames, and Viking’s second oceangoing ship after Viking Star, which made her debut last year. 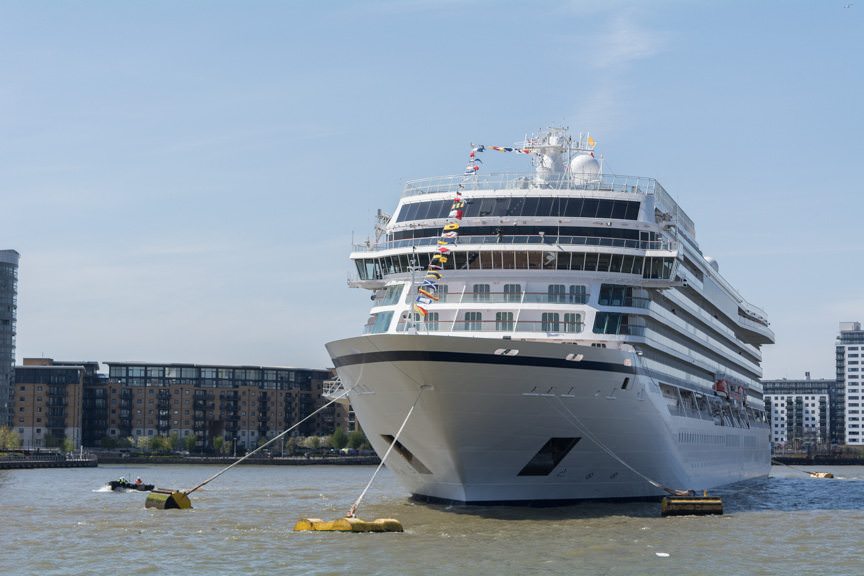 But the expansion of Viking’s oceangoing product doesn’t mean that the line has shifted its focus from river cruising. Not one bit. In fact, despite the recent downturn in the European travel market, Viking Chairman Torstein Hagen told invited members of the press at a special conference aboard Viking Sea in Greenwich that river cruises remain a top priority for the company.

“On the river cruise side, we have about 50 percent of the North American market share,” said Hagen. “So we can’t really hope for a hell of a lot more than that. I think the consumers deserve some competition, too.”

“We are the leader [in river cruising]. We designed the ships to deliver a very cost-competitive product, and I think the product is very good. And, on the scale of operation, we’re a company that owns and operates the ships ourselves.”

That last bit is important, because not every river cruise line owns and operates its own ships in Europe. In far-flung locales like Asia, it’s more common for cruise lines – including Viking – to wet-lease ships. But Viking is in the unique position of having launched a total of 51 brand-new ships on the waterways of Europe since 2012, and the company is one of the only ones that actually owns and operates its own vessels in Russia. 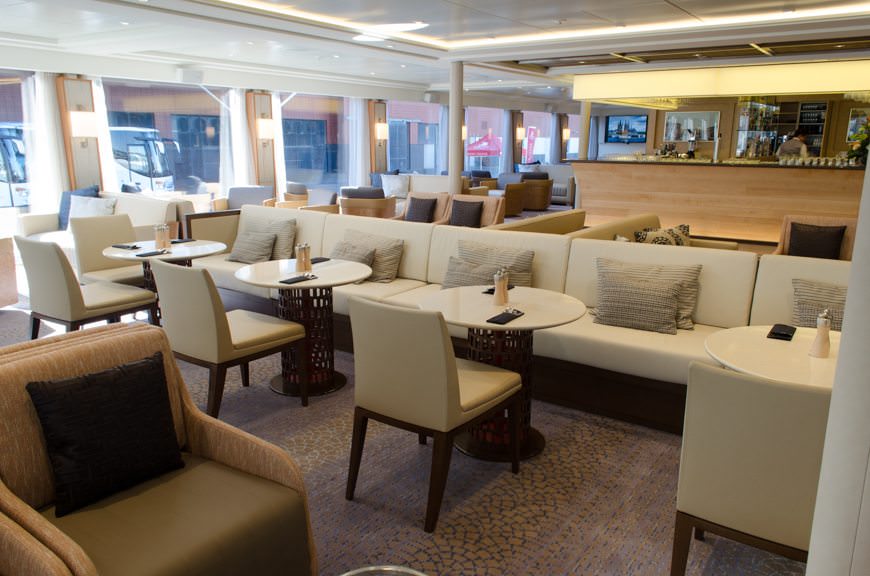 Viking has launched an astonishing 46 Viking Longships since 2012. Shown here is the Viking Lounge aboard Viking Skirnir. Photo © 2015 Aaron Saunders

Still, there have been challenges. “This year, 2016, has been a bit weaker than we had anticipated, and I think that is due to the events in Paris and Brussels,” Hagen continued.  “I think everybody feels that. But I think that’s going to be a temporary phenomenon.”

Two brand-new ship launches is a far cry from the 18 vessels that the company launched back in 2014, but it is still two more ships than most river cruise lines are planning to debut next year.

Hagen also addressed the issue of water levels on the rivers of Europe, which can fluctuate suddenly and without warning. This was an issue primarily during the summer months of 2015, and is an issue that comes up frequently on shallow-draft waterways like the Elbe River. 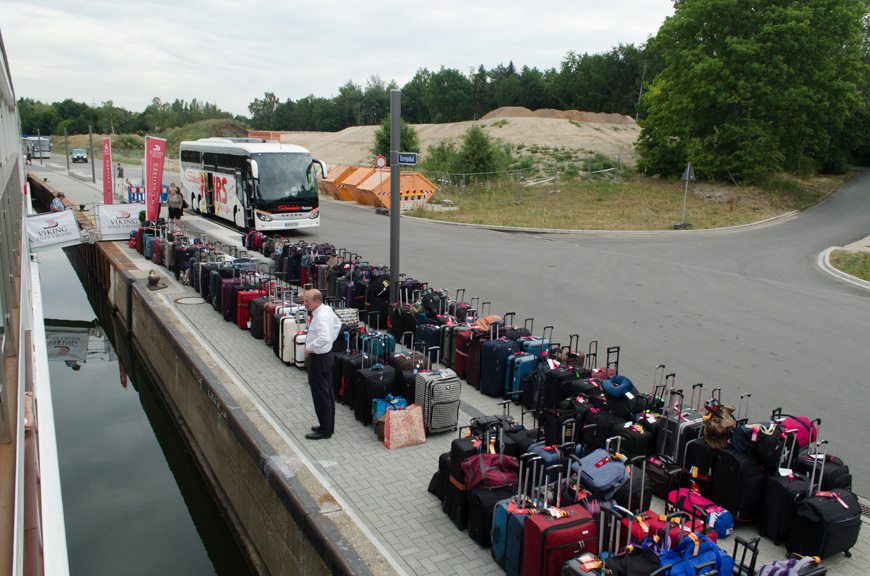 Viking VIdar’s Hotel Manager Thomas looks over the sea of luggage that the crew brought off Viking Vidar in order to transfer us to Viking Lofn in Passau to get around a stretch of low water on the Danube in July, 2015. Photo © 2015 Aaron Saunders

Hagen, however, stated that Viking can – and will – do more in the future, also noting that the abundance of similarly-designed Longhsips made it easier for Viking to cope with low/high water situations better than other lines. “We should try to inform our guests as soon as possible [to water events on rivers]. It is what it is, but we try – as long as people are informed in advance, I think people understand [the issues the company faces]. We haven’t been perfect, obviously, but we can improve.”

The question on everyone’s lips, of course, revolves around Viking’s much-anticipated (and long rumoured) debut on America’s Mississippi River.

“The project will be implemented shortly before Mardi Gras. The only question is which year,” Hagen said, causing much laughter among the press group. But he urged us not to worry. He referenced issues with “his passport”, alluding to the closed-in nature of American shipbuilding and operations that, on the Mississippi, would require ships to be constructed in the United States and staffed with an all-American crew – something that has given cruise lines wishing to operate all-American itineraries problems in the past. 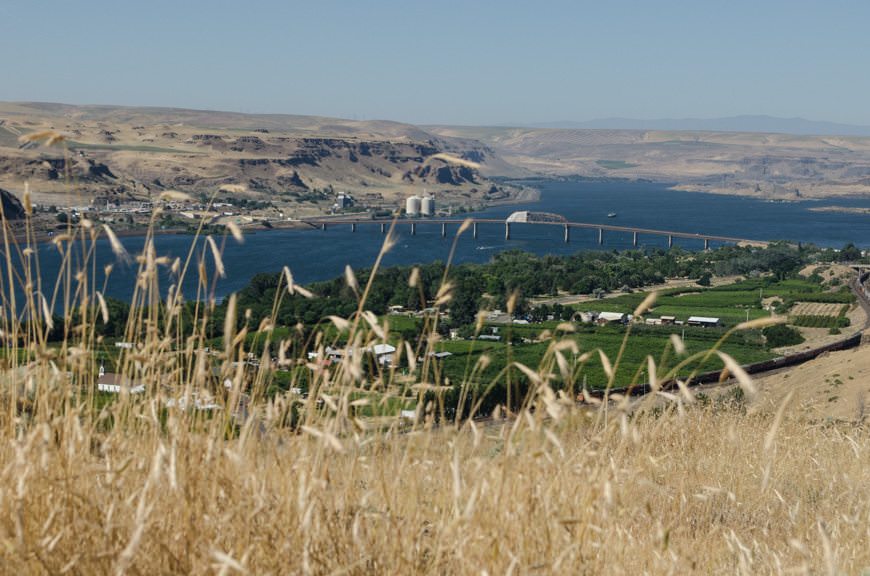 Are the waterways of America – like the Columbia & Snake rivers, shown here, a possibility for Viking? Time will tell. Photo © 2015 Aaron Saunders

You only have to look back a decade or so to the disastrous 2004 launch of Norwegian Cruise Line’s Pride of Aloha (the former – and present – Norwegian Sky) in Hawaii to see just how messy it can get: guests were dissatisfied with the differences in service between standard, foreign-crewed Norwegian Cruise Line ships and the rechristened Pride of Aloha, while the American crew were so disillusioned with the demands of shipboard living that some deserted the ship in Honolulu following her maiden crossing from San Francisco.

Hagen is committed to not go down a similar road. Still, he remains adamant that Viking ships on the Mississippi will happen. “We haven’t given up yet, and we won’t. The research we’ve done with our clientele says it’s [in demand.]” 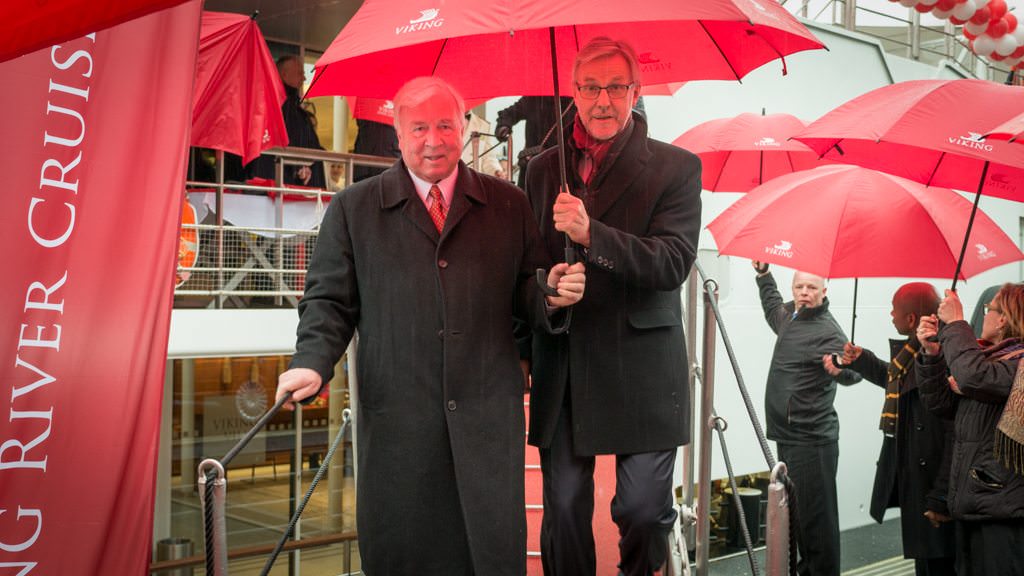 Torstein Hagen is a man that I genuinely like. He speaks plainly and clearly, even if that sometimes gets the experienced cruise veteran into trouble. There’s no mushy PR filter with the man – just the words of an honest, present-day Viking.

See you at Mardi Gras.