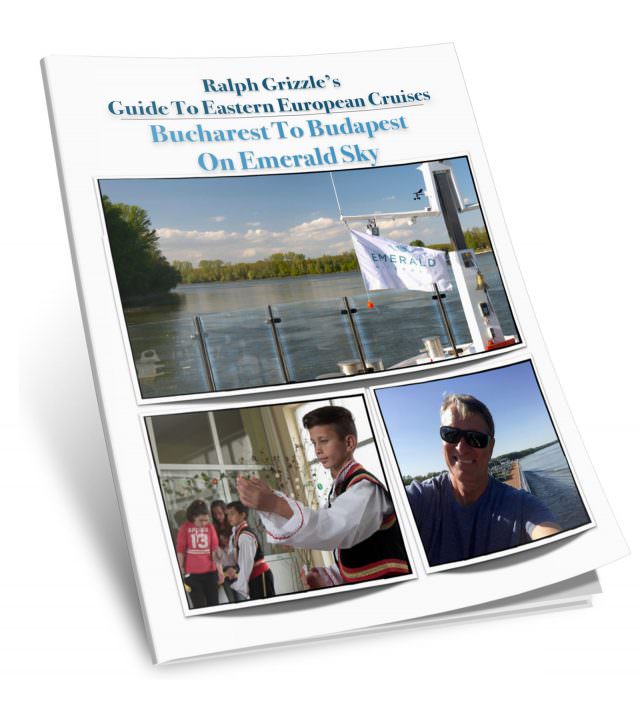 Some river cruises go down in books as forever memorable. That was precisely how my trip shaped up on Emerald Waterways as Emerald Sky took me and more than 100 others to the enchanting regions of Eastern Europe in April of 2016.

The 10-day journey traveled from Bucharest, Romania to Budapest, Hungary, with two pre-cruise hotel nights at the Bucharest Sheraton, seven nights on Emerald Sky and excursions ashore included each day of the voyage.

This 56-page guide is designed to help you decide if a cruise through Eastern Europe is something that you’d enjoy. It’s certainly not for everyone. If you’ve not done the upper Danube, between Budapest and Passau, for example, you may want to check that off your list first. Or maybe you fancy France, which has plenty of rivers (and charming canals) to keep you active on cruises for the next few seasons.

This guide is also for those of you who may already have booked your cruise. If that’s the case, my experiences may prove useful in helping you get the most from your adventures through Eastern Europe. For example, I remember having difficulty choosing between a full-day excursion to the Black Sea and a half-day excursion to Alfatar. My story on the village may convince you that the latter is the better of the two choices for you — or not.

I’ve used Emerald Sky as my “home base” and the vessel that transported me along the Danube, as I was a guest of the cruise line for the purposes of my review. But Emerald Waterways isn’t the only river cruise company offering cruises in Eastern Europe. Other cruise companies that offer Eastern European cruises include AmaWaterways, Avalon Waterways, CroisiEurope, Scenic, Tauck, Uniworld & Viking River Cruises.

The is definitely a river cruise that I would recommend without hesitation for experienced river cruises, and for newbies, Eastern Europe is a destination for those who are inquisitive and a bit adventurous, a journey to the exotic lands situated at the far reaches of the European continent. The journey gave me a lifetime of memories. I hope it will do the same for you.— Ralph Grizzle