While river cruising continues to be the fastest growing segment of the travel industry, its runaway growth is doing little to dispel some of the more popular myths about it. In fact, as river cruising enters the public consciousness of the masses for the first time, we’ve been surprised that these rumors are growing, not disappearing.

Chances are good that if you’ve mentioned river cruising to one or more friends, someone’s given you a myth like the five we’re going to detail below. Now, you’ll be ready to fire back. 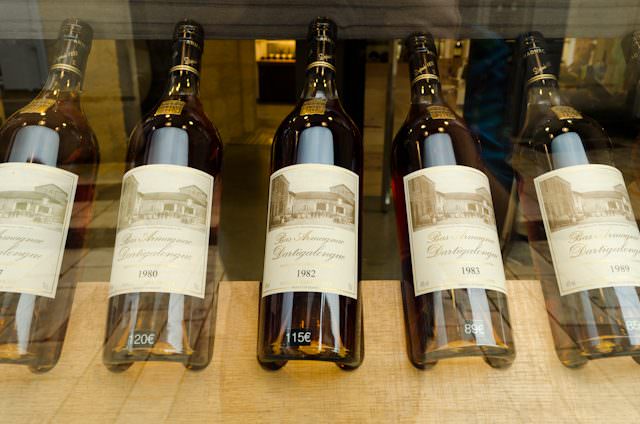 Wine-themed river cruises in Europe are growing in popularity – and for good reason. River cruising and fine wines go hand-in-hand. And on most lines, these tours – and wines – are complimentary. Photo © 2014 Aaron Saunders

It’s true – in general, river cruising isn’t cheap. You can take a Carnival cruise to the Caribbean for far less. Nice as it is, a Carnival cruise is just not a river cruise; it’s like saying to someone, “Why would you buy an Audi? I have this bicycle you can have for twenty bucks.”

The truth is that a river cruise has higher upfront costs – but it may not be more expensive than a traditional ocean cruise around Europe, or a land tour.

Example: you take a weeklong cruise around the Mediterranean on a mainstream line. It will be cheaper than a river cruise to begin with, but throw in your transfers from the airport to the ship. Now tack on your per-person gratuities. Your drink charges. Your specialty dining charges. And the juggernaut of them all: shore excursion charges.

Most river cruises provide all, or nearly all, of the aforementioned items for free. Do the math; you may be able to afford a river cruise after all, especially with price leaders like CroisiEurope’s affordable sailings. 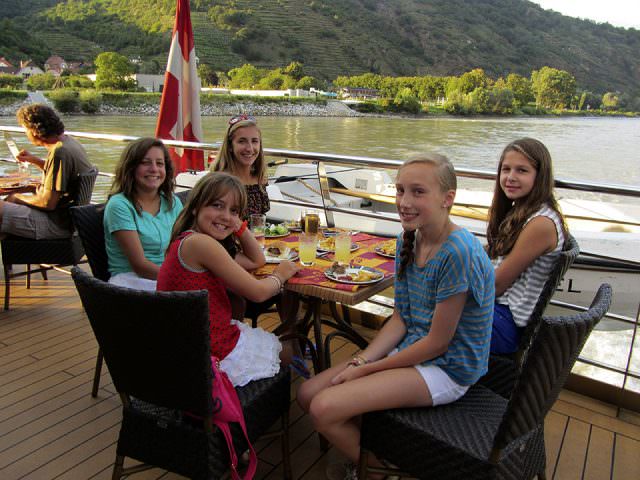 Some lines are more family-friendly than others. Here, guests enjoy lunch out on deck on one of Tauck’s Tauck Bridges family river cruises. Photo courtesy of Tauck.

We hear this a lot about ocean cruises, too. Sure, there’s some truth to this – who else but retirees, poorly-paid cruise journalists and the independently wealthy can scoot of to Europe for two weeks in April? – but the myth itself is spectacularly biased. On many river cruises, you can expect to see people in their 20’s through to their 80’s. These are interesting people who are fascinated by the world around them. They’re well-travelled. They enjoy meeting other people. You won’t find a frat party on the Danube – and that’s just fine with us.

Numerous cruise lines even feature family-friendly river cruises during peak holiday times, and AmaWaterways even has a new partnership with Adventures by Disney that launches this year. 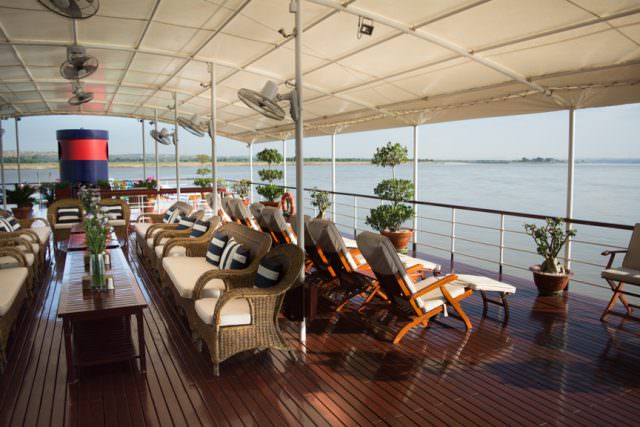 Relaxing out on the sun deck aboard Viking Mandalay. Photo © 2015 Aaron Saunders

Highly unlikely. With ports of call each day (sometimes more than one), plus complimentary tours, plus the option to go it alone and indulge your own interests, boredom is not an option. Even aboard your river cruise ship, you’ll find events have an odd way of blending into one another, from cocktails in the lounge to the daily briefing, to dinner, to nightcaps and dancing.

It’s true that bus tours visit places that are inaccessible to river cruise ships – but that doesn’t necessarily make them better. Go ask someone who’s taken a coach tour through Europe how much they enjoyed getting up every other morning at five a.m. in order to change hotels – and spend an entire day on the bus. With river cruising, your hotel moves with you.

The Rivers Are Too Crowded 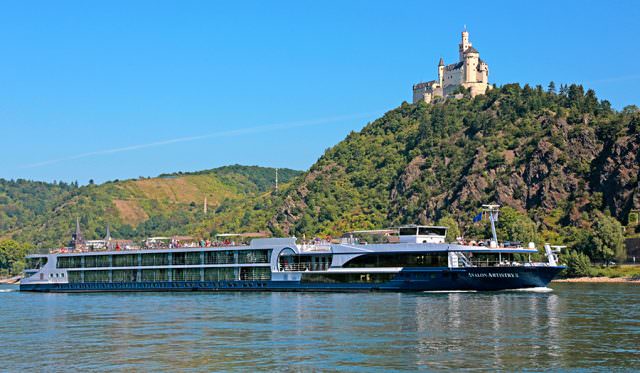 When Viking began building their new Longship river cruise vessels faster than the original Vikings conquered countries, this pervasive rumour started going around. It had different iterations, but it essentially was this:

“Europe is going to run out of docking space! There’s too many ships! You won’t be able to move!”

This comment comes out of a sort of willful ignorance. After all, five or six cruise ships is enough to swamp St. Thomas, and three ships lays waste to Ketchikan, so how can a dozen or more river cruise ships pull into, say, Passau, Germany, without causing massive issues?

The answer lies in the numbers: river cruise ships along the Danube typically hold no more than 200 guests apiece, and frequently less than that. So, if 10 ships with a capacity of 200 dock in Vienna, you’re flooding Vienna with 2,000 guests; less than a single modern megaship – and far fewer than the arrivals from the local airport.

The solution to the docking dilemma? Diversified itineraries. Viking River Cruises have been quietly snapping up docking locations in towns along the Danube and the Rhine that you and I haven’t even heard of before. Will they be featured on new itineraries? You can bet on it.

River cruising is one of the more relaxing, convenient and downright enjoyable ways to see Europe. So don’t let the naysayers put you off; go experience for yourself what thousands of others have seen. Try it; you might be surprised just how much you like it.

Have questions about river cruising? We have the answers. Let us know by using the comment form below, and happy sailing.