The Irrawaddy and Salay 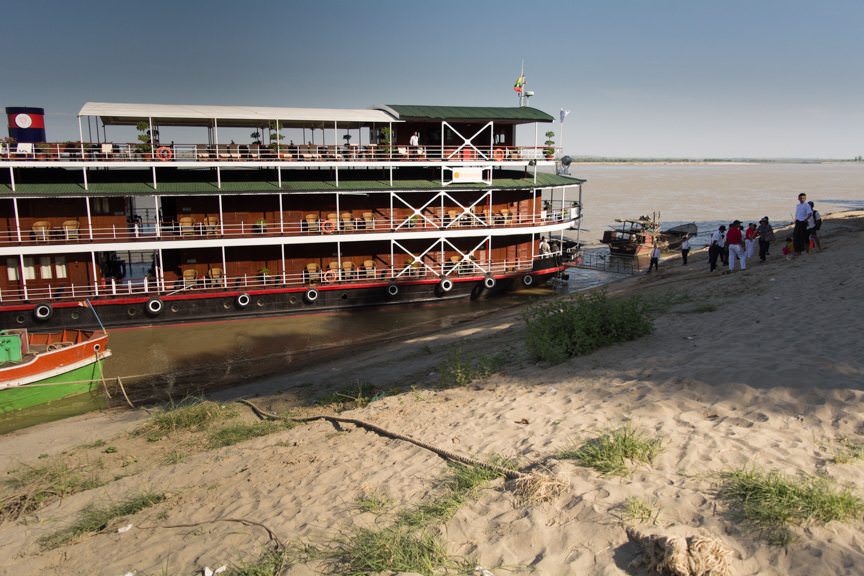 Join us as we explore Salay, Myanmar from the comfort of our river cruise ship, Viking Mandalay. Photo © 2015 Aaron Saunders

It only took me about 40 minutes of sweating through every piece of my clothing this morning to determine that this must be what hell is like.

Viking River Cruises’ Viking Mandalay arrived at the small town of Salay, Myanmar just before nine o’clock this morning. Salay – referred to as Salé by Viking but “Salay” everywhere else – is a small town situated about 50 kilometres to the south of Bagan that claims more than 50 active monasteries and around 100 Bagan-era monuments, stupas and temples, all of which are clustered within this remarkable village. 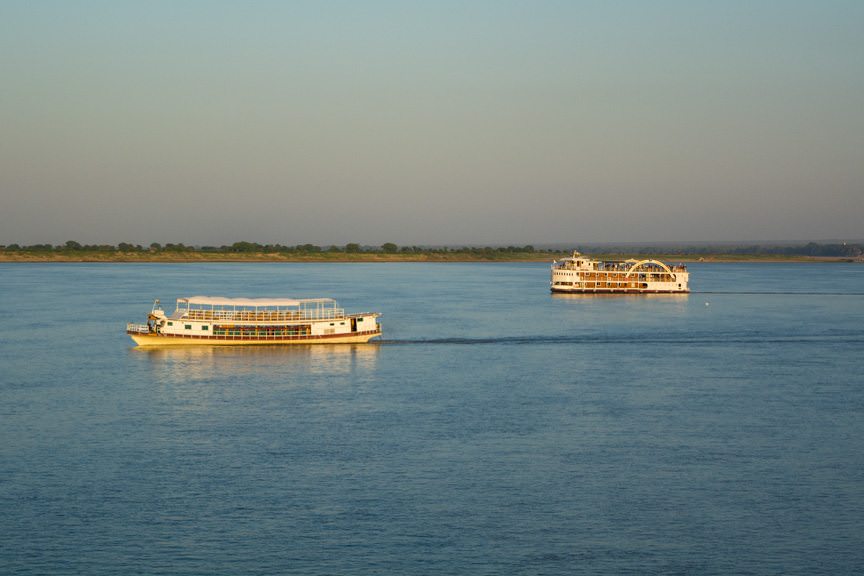 Today, another gorgeous morning of cruising the Irrawaddy awaited us. Photo © 2015 Aaron Saunders

For our morning excursion, we’d set out on a two-hour walk through town to visit a handful of these monasteries. And as soon as I left my stateroom and locked up with my rather-large key, I began to suspect it was going to be a hot one out today. Already, I could feel the heat radiating off the brass handles of my double sliding stateroom doors. I unlocked the stateroom and went back in to re-slather myself in sunscreen. Better safe than sorry.

Sure enough, by the time we’d made it two or three streets in from our beachhead anchorage, I was already a ball of perspiration. The somewhat cool breeze coming off the Irrawaddy had evaporated entirely, replaced with a sticky, oppressive heat that hung in the air like the dust coming off the ancient roads we walked on. 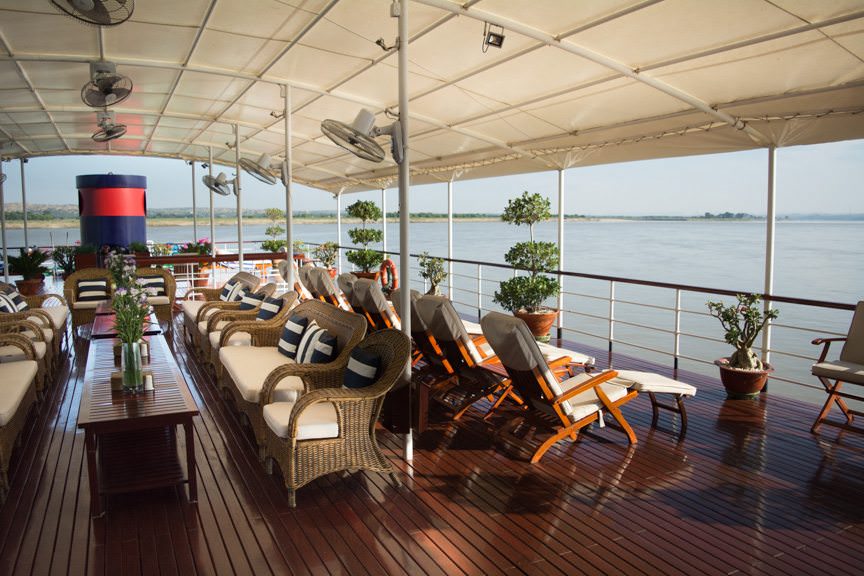 Relaxing out on the sun deck aboard Viking Mandalay. Photo © 2015 Aaron Saunders 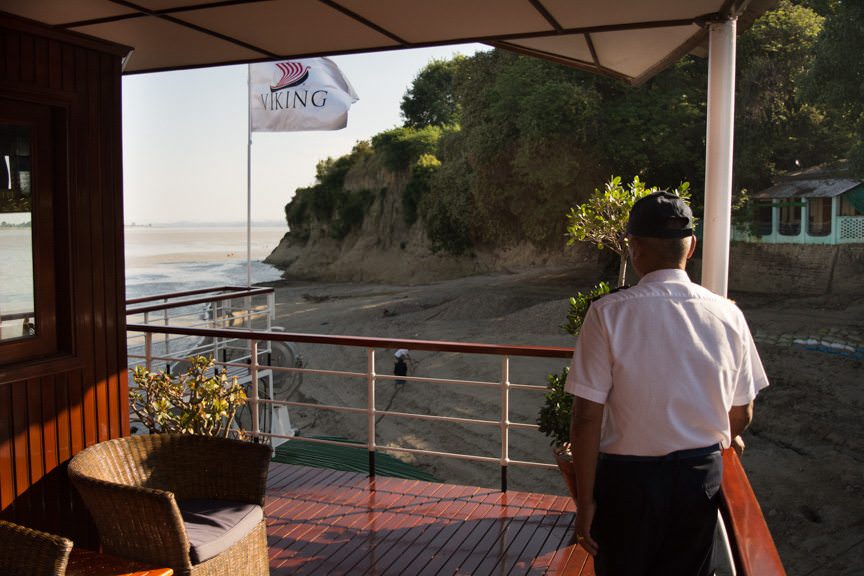 I have to give credit to the locals; November is one of the most pleasant months to visit Myanmar. Temperatures are generally mild, and precipitation is minimal. But even then, there are days like today when the breeze just evaporates and the sun’s intense heat beats down on you like an ant under a magnifying glass. By 10 o’clock, temperatures pushed 35°C with nearly 100 percent humidity. 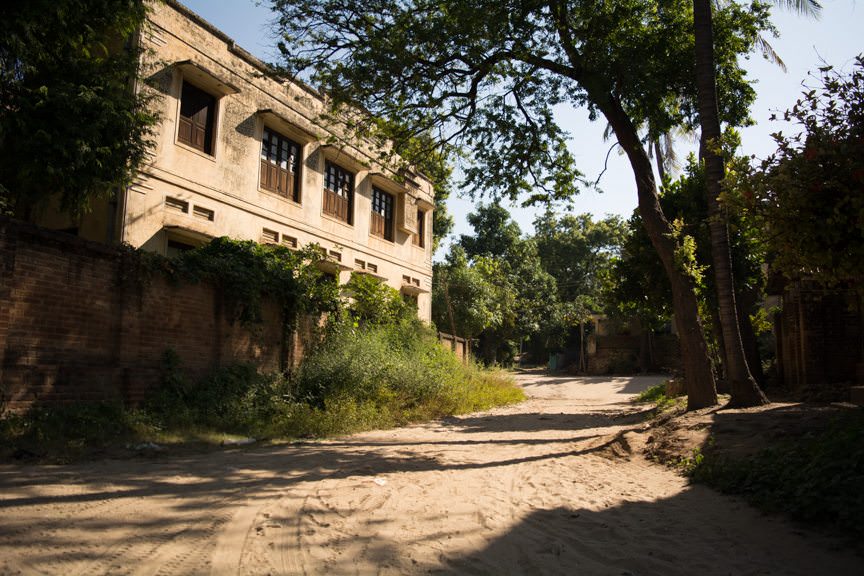 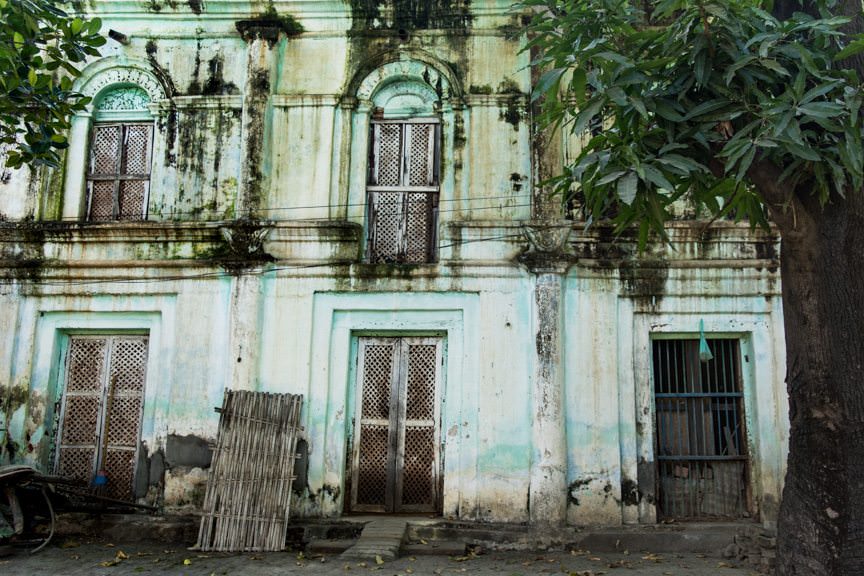 Some buildings, though, are in better shape than others. Photo © 2015 Aaron Saunders 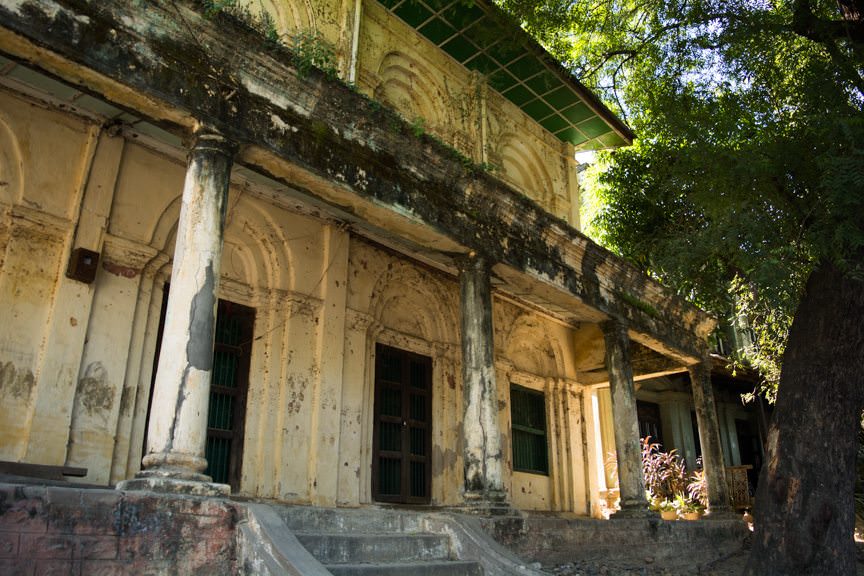 Still, even in decay, there’s a certain amount of beauty to this place. Photo © 2015 Aaron Saunders

Which brings this story to sweaty, uncomfortable me, standing in the middle of a dusty Salay street admiring the crumbling ruins of colonial-style buildings that were once established by the British. These ruinous structures are fantastic; it reminds me a bit of the architecture in Havana, Cuba.

Despite the hellish heat, our morning in Salay was an interesting one. In the center of town, locals sat crowded around dark and dimly-lit Tea Houses, where locals take their version of Chai tea with plenty of warm milk and sugar. Sugar is a staple ingredient in many things; you can even find it in local coffee. 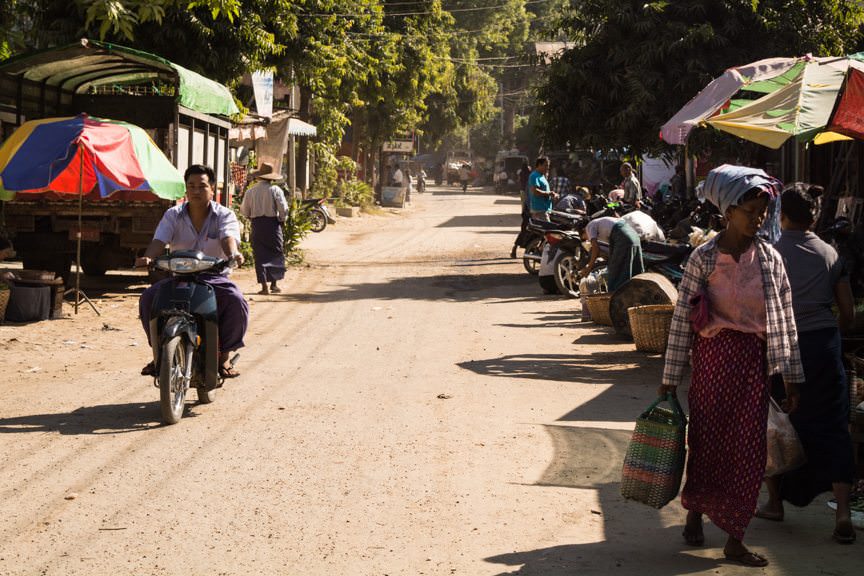 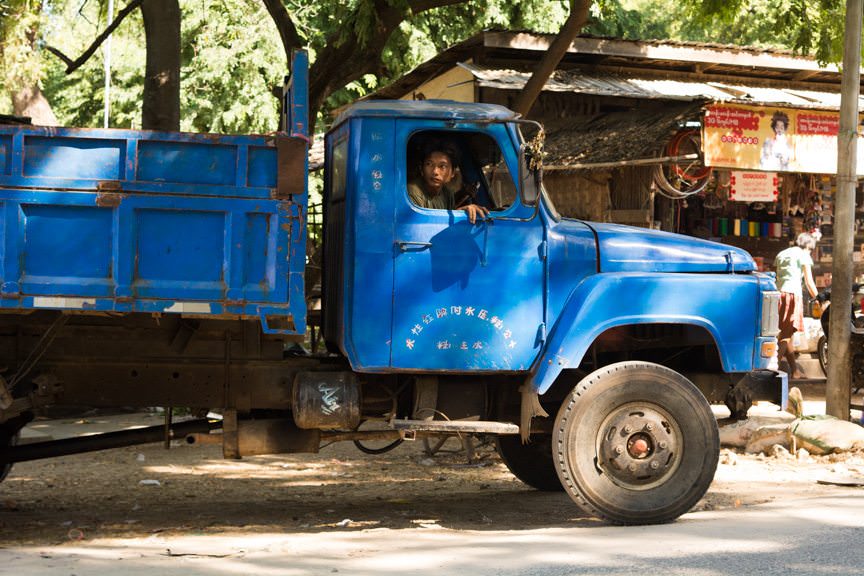 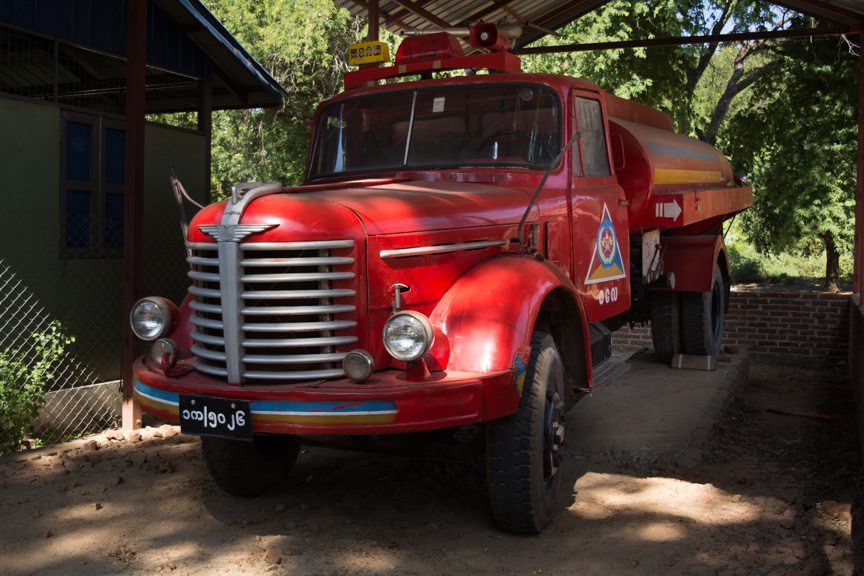 Check out the vintage truck at the local fire department. Photo © 2015 Aaron Saunders

Which brings me to the subject of local food and beverages: Unless you have the stomach of steel, don’t indulge in local food or beverages. Your stomach can’t handle it, and you’ll spend a few very unpleasant days confined to your stateroom should you try.

One of the main attractions in Salay is the intricately carved Yoke Sone Kyaung, a wooden monastery erected in 1882. This beautifully decorated building is original (for the most part – some figure heads have been replaced with modern replicas), and it is definitely worth the walk. Be prepared once again to take your shoes off to go inside, out of respect for Buddhist customs. 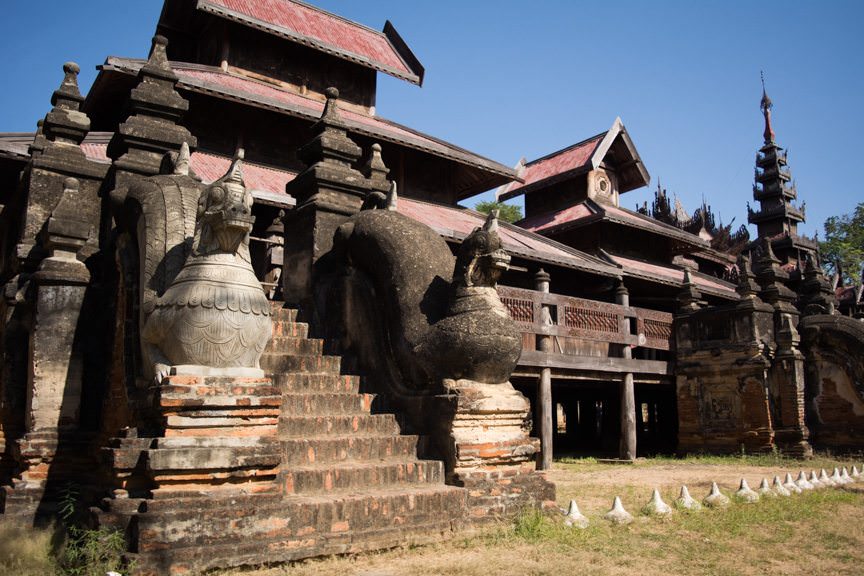 Sensing the heat, Viking’s friendly bar staff came along with us to serve some refreshing Plum Juice (a local specialty) during our stop at Yoke Sone Kyaung. It hit the spot. During my two-hour walk, I polished off three bottles of water, plus that plum juice, and I was still absolutely exhausted by the time we arrived back onboard the Viking Mandalay just before lunch. 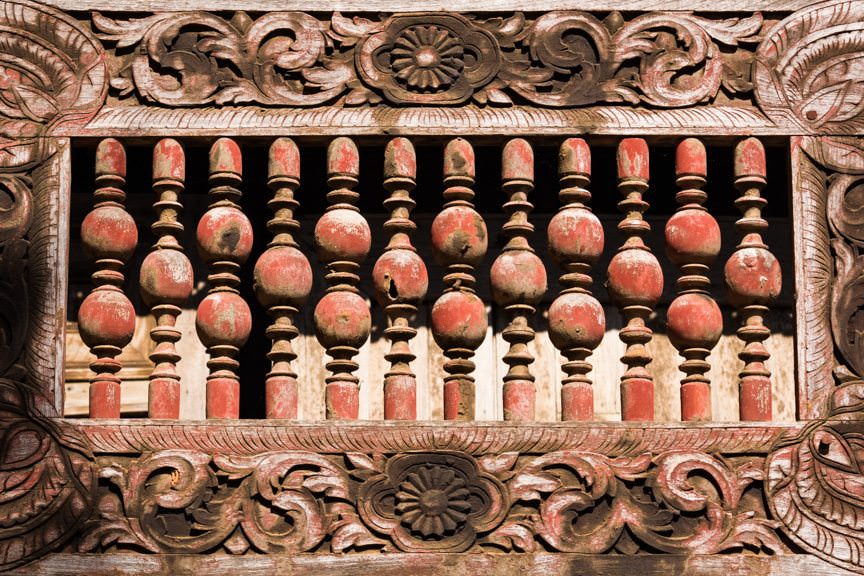 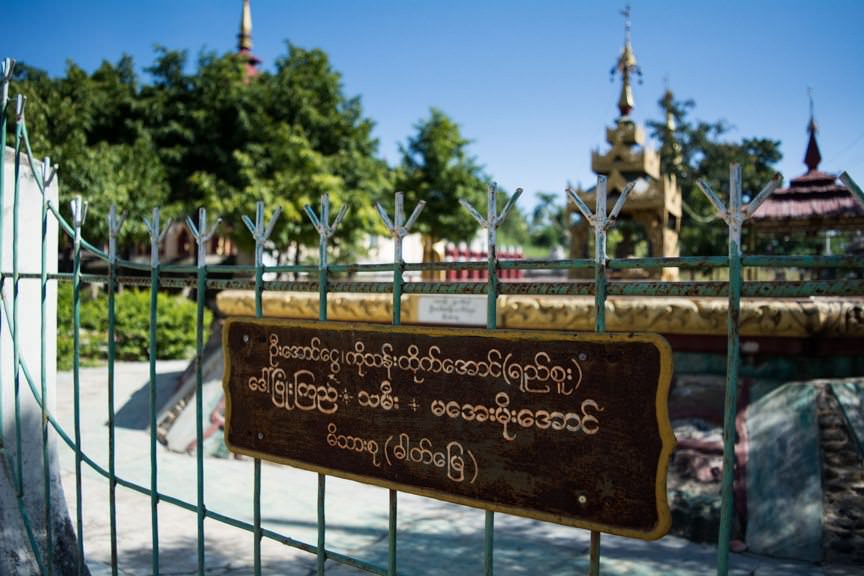 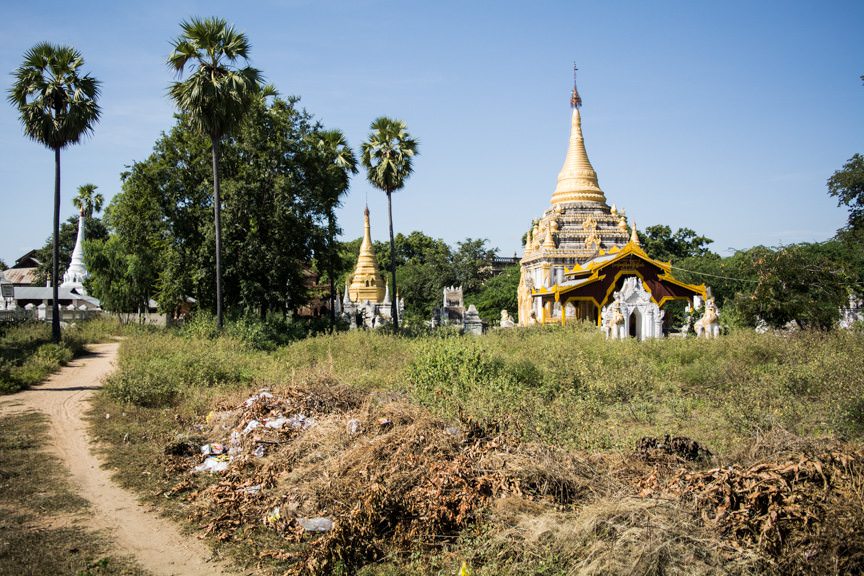 Now, I don’t want to suggest that I didn’t enjoy Salay – I did. But I mention this to illustrate what a toll the heat can take on you in this part of the world. Even being mindful of my own personal hydration, a walk that never would have caused me issues at home completely wiped me out here.

Fortunately, Viking has planned this itinerary well: Following lunch, we’d be treated to a relaxing afternoon of scenic cruising as we turned and began our journey north along the Irrawaddy back to Mandalay. 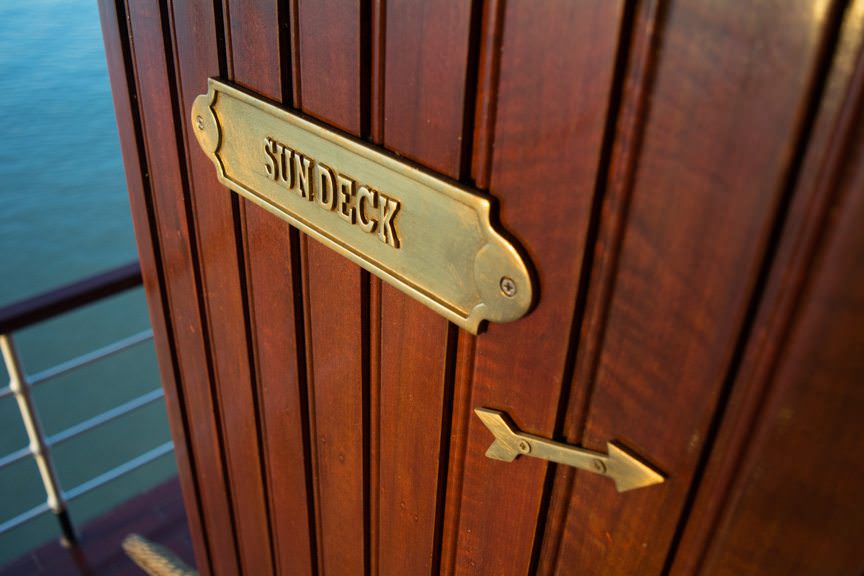 Back onboard Viking Mandalay, the party is up on the sun deck … Photo © 2015 Aaron Saunders 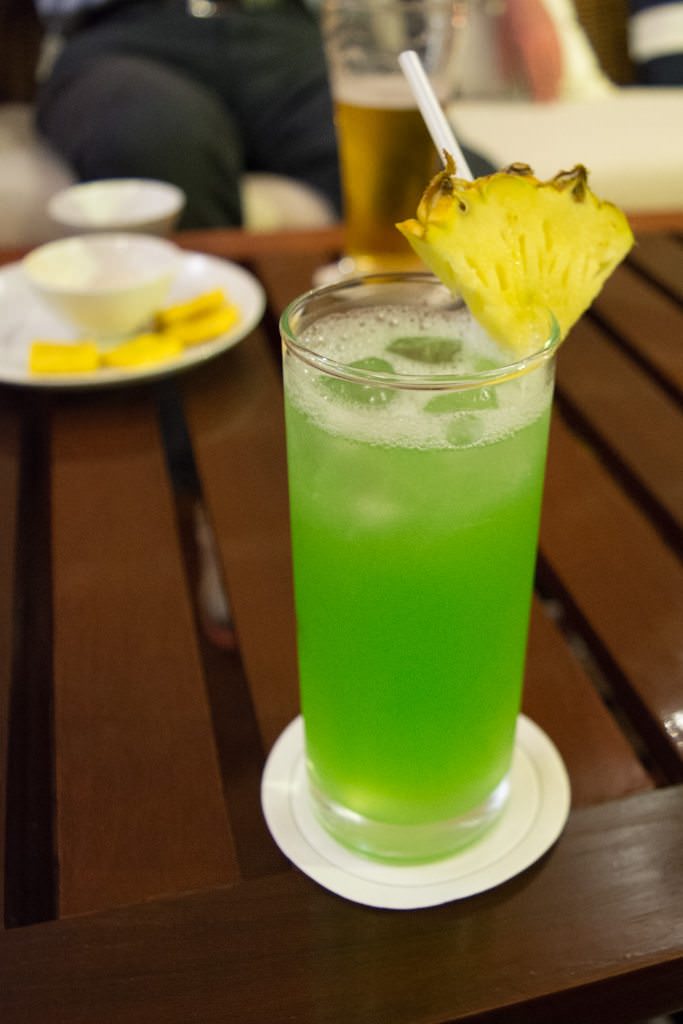 … where cocktails are being served … Photo © 2015 Aaron Saunders 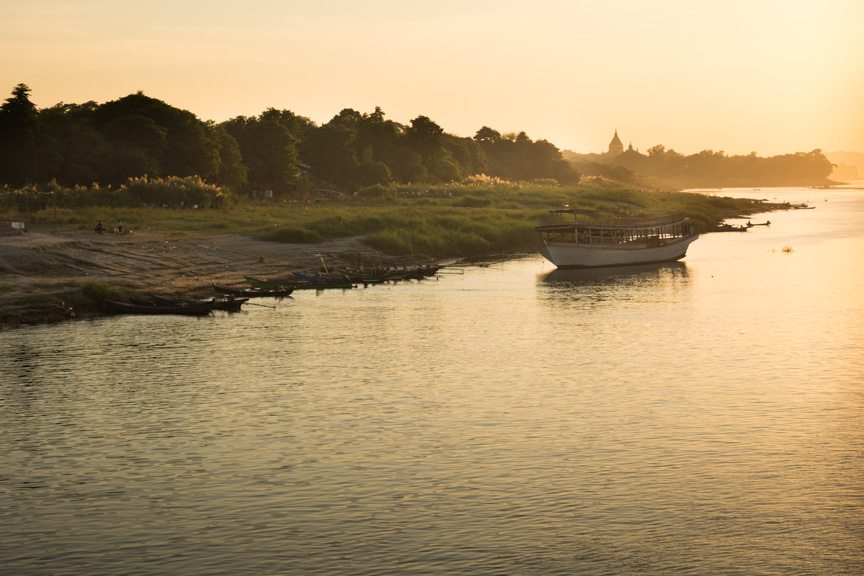 … and guests can admire the fading light of day. Photo © 2015 Aaron Saunders

The Sun Deck is the social hub of the Viking Mandalay, and that was most definitely the case this afternoon. Guests read, enjoyed cocktails from the bar, edited their photographs, conversed with one another, tanned, and generally had an enjoyable time.

Not surprisingly, I hauled the laptop up to the Sun Deck and wrote – and scheduled these posts. The latter has been a major surprise; Hotel Manager Dominik tells me that Viking invested heavily in the onboard internet technology last year. Two routers are positioned on the Sun Deck for the best reception. While Wi-Fi isn’t available in the staterooms or in the dining room, the wireless internet access is surprisingly good onboard. In fact, it smokes past my European-based river cruises in terms of reliability and connectivity.

Now, having said that, there are dropouts and dead zones, but more often than not the internet works. It’s a major pleasant surprise, particularly in this part of the world. Until recently, internet access was a bit of a myth in Myanmar; connectivity on land, where available, was reportedly uninspiring.

Yet on this entire trip, the only place that had almost no internet connectivity was at Inle Lake. Speeds at both Shangri-La hotels in Bangkok and Yangon were exceptional.

Our Sunday evening aboard Viking Mandalay ended in the usual way, with cocktails up on the Sun Deck at 6 p.m., followed by the Daily Briefing delivered by Viking Program Director Andrew. Dinner began at 7 p.m., and a showing of the feature film, The Lady, was set to start at 8:30 p.m.

Most guests attended the film. I didn’t. I went up to the Sun Deck, braved the bugs that flittered around the deck lights, ordered a local Myanmar whisky, and admired the sights, sounds and the warm breeze of the Irrawaddy River.

I can watch a movie at home. I can only take in the magic of Myanmar here. 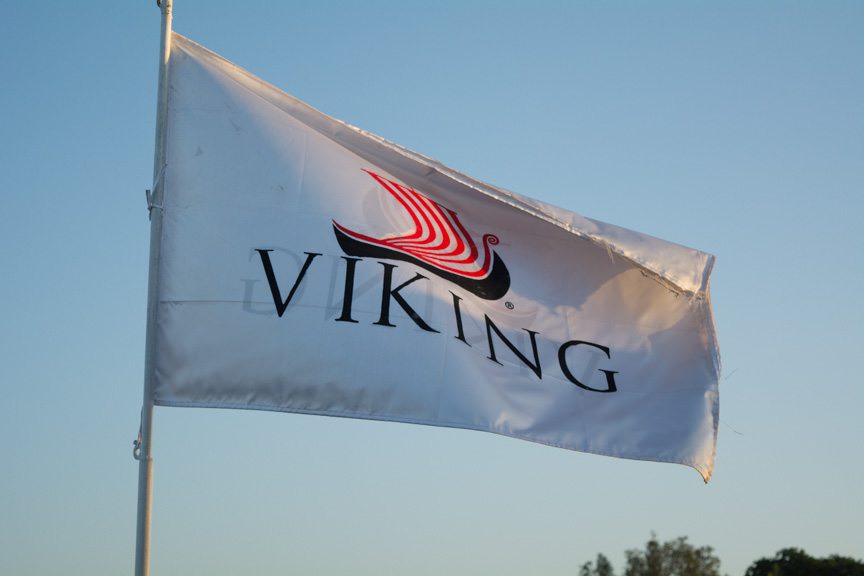 Our Live Voyage Report from Viking River Cruises’ Myanmar Explorer continues tomorrow with another day of exploration along the Irrawaddy River! Be sure to follow along with our adventures on Twitter @deckchairblog.