You are here: Home / Destinations / Asia / Recapping Our Journey Through Myanmar With Viking River Cruises 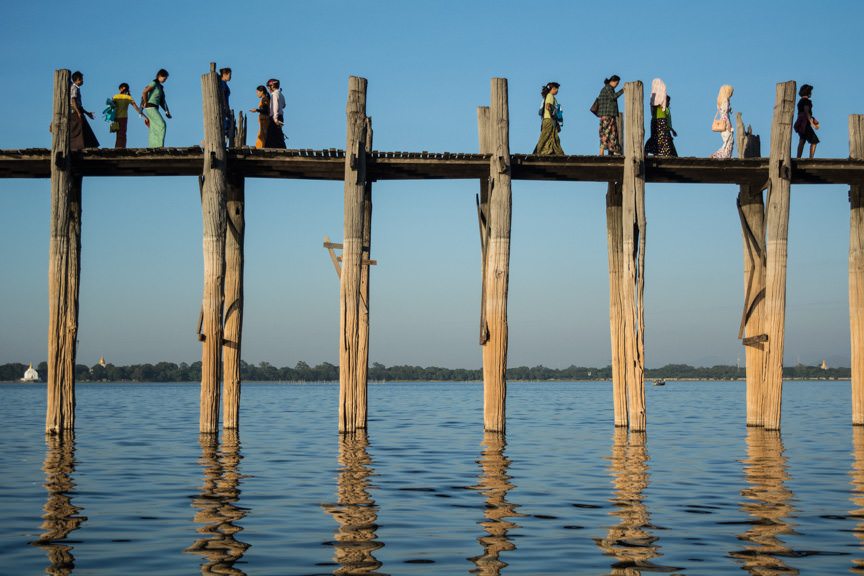 When I first planned my trip aboard Viking River Cruises’ Viking Mandalay as part of Viking’s 15-day Myanmar Explorer river cruise tour itinerary, I didn’t know what to expect. I’d sailed with Viking numerous times in Europe, covering the Danube, the Rhine, France’s Bordeaux region and Portugal’s Douro river. I admired Viking’s product in Europe for how consistently good it is, from start to finish, across all aspects. Service is exemplary. Food is above average. Tours offered are well-planned, and the Viking Longship river cruise vessels are some of the most beautiful afloat.

The fact remains that Viking also offers an exceptional lineup of exotic river cruises throughout China and Southeast Asia, including the Mekong through Vietnam and Cambodia; and Myanmar along the Irrawaddy River.

Viking has a more mature Asian river cruise lineup than many of its competitors, yet these voyages are barely written about. Little information exists on them online or in print, which is a shame, because as I discovered, Viking’s southeast Asian itineraries can more than hold their own.

Overall, I thought this was one of the most amazing river cruise journeys I’ve ever taken. It’s not for the faint of heart, though: if you have any sort of illness or mobility issues, you’ll want to take a pass on this one. Medical care in Myanmar is not up to Western standards, and medical evacuation can be prohibitively expensive. 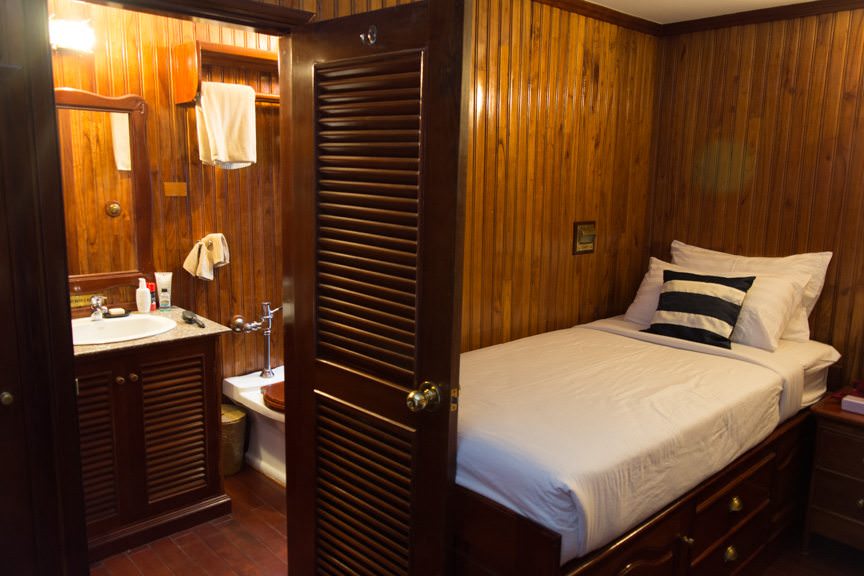 Likewise, those with mobility difficulties will find Myanmar challenging if not impossible. Temples feature steep staircases, as do coaches in Thailand for some odd reason. The Viking Mandalay, like every other river cruise ship in the region, lacks an elevator, and docking locations are primitive, with no concrete pier aprons. Frequently, you’ll disembark onto a gangplank and onto dirt hills, aided at every step by Viking’s capable crews.

I’d also give a warning to those who, like me, are allergic to nuts – in particular, peanuts. While everything onboard Viking Mandalay was absolutely stellar with regards to ensuring my meals were made nut-free (including removing the peanut oil from the ship’s galley so no mistakes could be made), there were numerous instances on the land portion of the trip where I was given salads, sandwiches, cookies, and other dishes that had nuts in them. In many cases, I simply didn’t eat the meal – particularly on the intra-Myanmar flights, where no other options were available. I ended up chowing down on more than one occasion on sleeves of Pringles potato chips. It’s partially my bad; I should have prepared better. But it’s clear there are still some communication issues with the local restaurant staff on the land portion of the trip as far as dietary requirements are concerned. 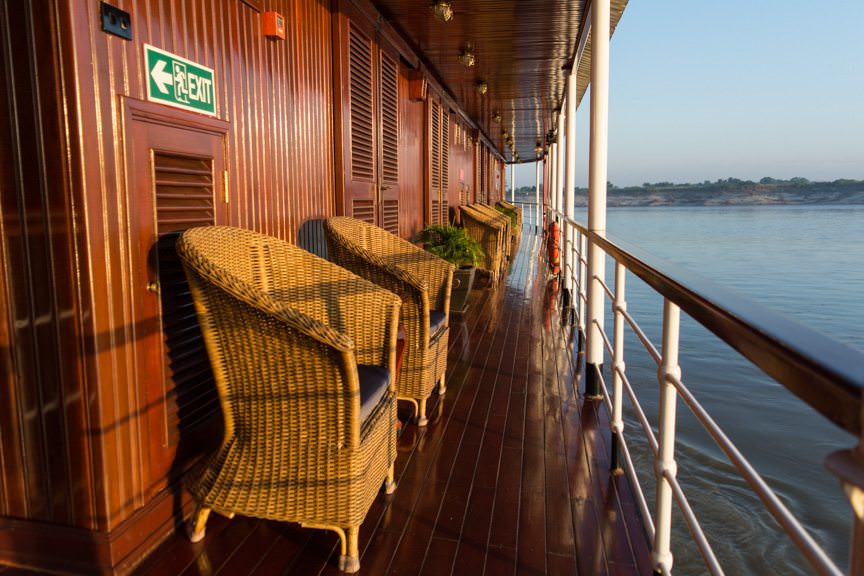 However, your reward for travelling on Viking’s Myanmar Explorer itineraries are manifold. Above all else, Viking provides a supreme opportunity to visit a country that is on the cusp of great change, thanks to recent elections that look set to abolish the long-standing military rule of Burma for good.

Sail With Viking Through Myanmar If:

Avoid Sailing Through Myanmar With Viking If:

If there is a weak spot in this itinerary, it is the return leg to Thailand. Following departure from the ship in Mandalay, guests spend much of the day in-transit back to Bangkok, where they must clear customs and immigration at Suvarnabhumi Airport, claim their luggage, and embark on the journey back to the Shangri-La Bangkok … through the city’s vicious rush hour traffic.

Our Bangkok Airways flight landed over an hour late due to the late arrival of the inbound aircraft. Customs formalities were mercifully short, but baggage was delayed in getting to the carousel. Viking’s ground agents in Bangkok did a masterful job of coordinating everything, but even they couldn’t control the traffic jam that lasted over two hours and delayed our arrival at the hotel until well past 8 p.m. 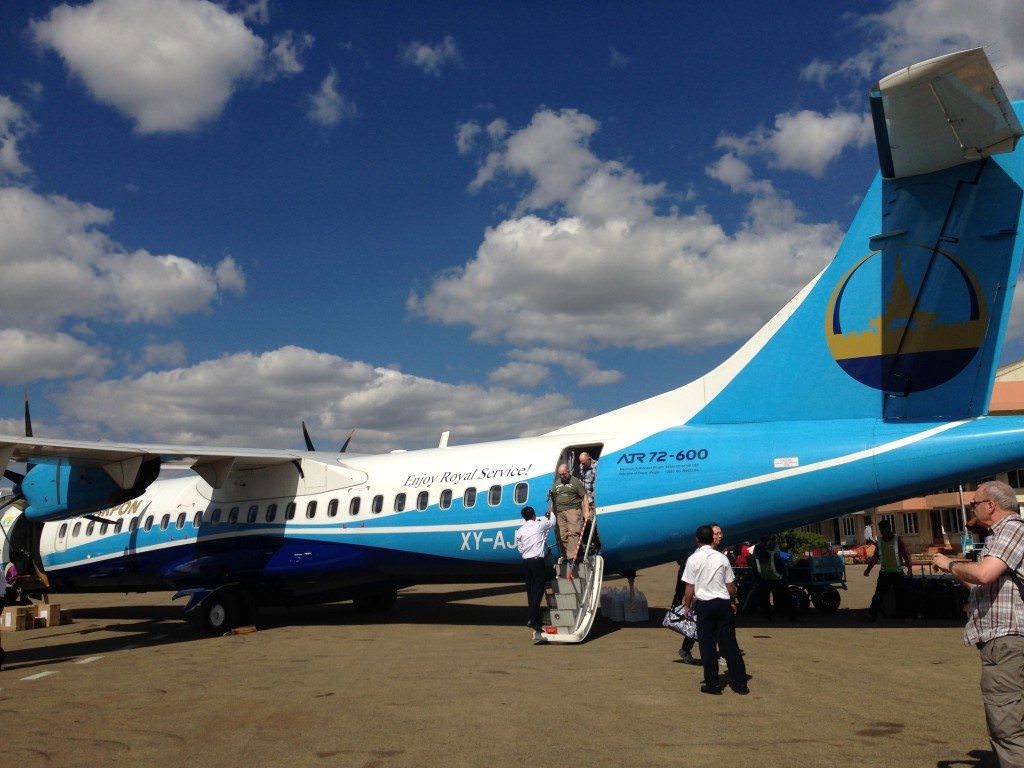 Considering most guests had early to mid-morning departures from the hotel the following day, it might be advantageous to offer the option to stay independently at a property nearer to the airport. I say this only because there was much complaining on the bus into town that night; a sour end to what was a really spectacular journey.

Viking’s main stomping ground may be the waterways of Europe. It’s what the company advertises most heavily, and why not? Its purpose-built, company-owned Viking Longships are some of the best river cruise vessels afloat. But the fact remains that the line has put as much care and attention into developing its exotic and southeast Asian river cruise itineraries as it has in designing its European ones.

This isn’t a voyage for the faint of heart, but for those looking for an authentic journey through one of the world’s most rapidly-changing countries, travelling through Myanmar with Viking River Cruises is an absolute gem of an experience. 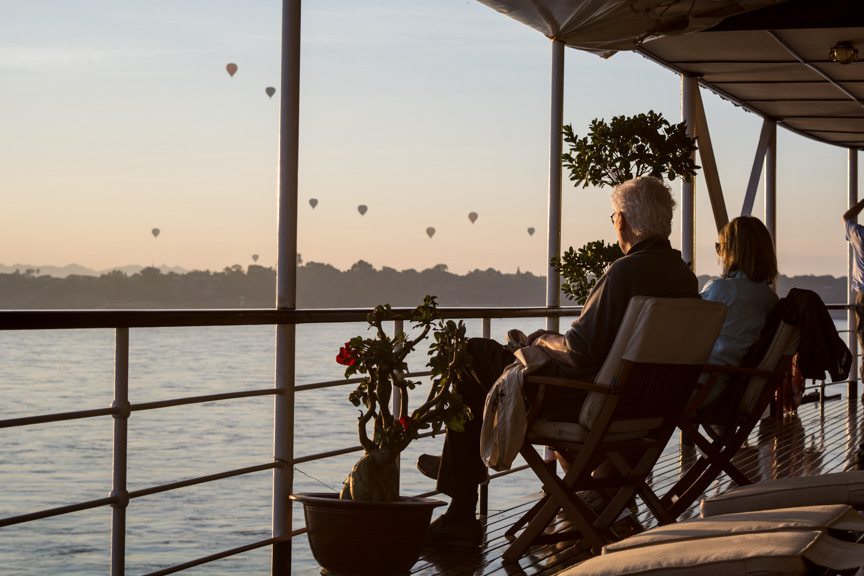 Our Live Voyage Report from Viking River Cruises’ Myanmar Explorer has sadly come to a close, but stay tuned for a and a deck-by-deck photo tour of the Viking Mandalay! Be sure to follow along with our adventures on Twitter @deckchairblog.