A River Runs Through It – In Myanmar 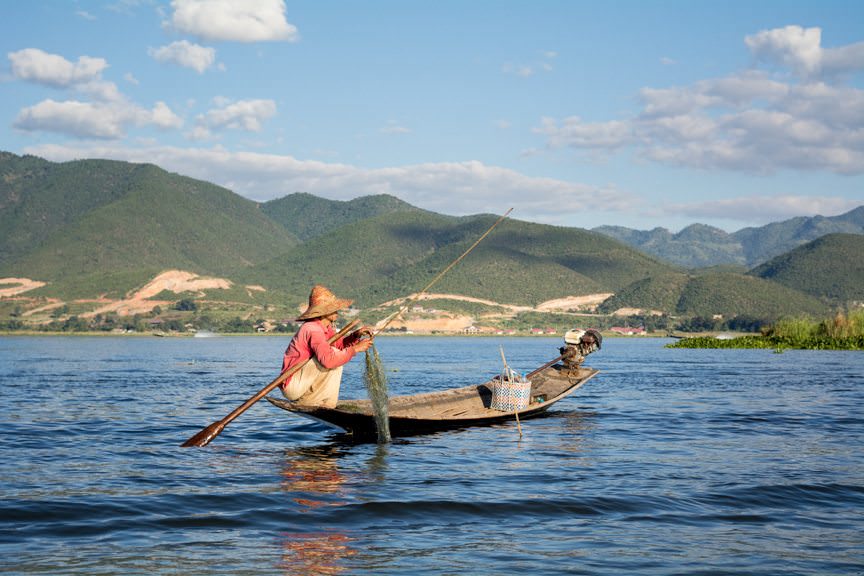 There’s nothing quite like Myanmar’s Inle Lake. Photo © 2015 Aaron Saunders

If I were a better writer, I’d have a decent shot at describing the adventures we’ve had today. As it is, this sixth day of our Myanmar Explorer river cruise tour with Viking River Cruises was absolutely packed with experiences. That alone makes description difficult. But more than that, it’s putting into context the places, people, sights and sounds that we’ve experienced today that is giving me pause. 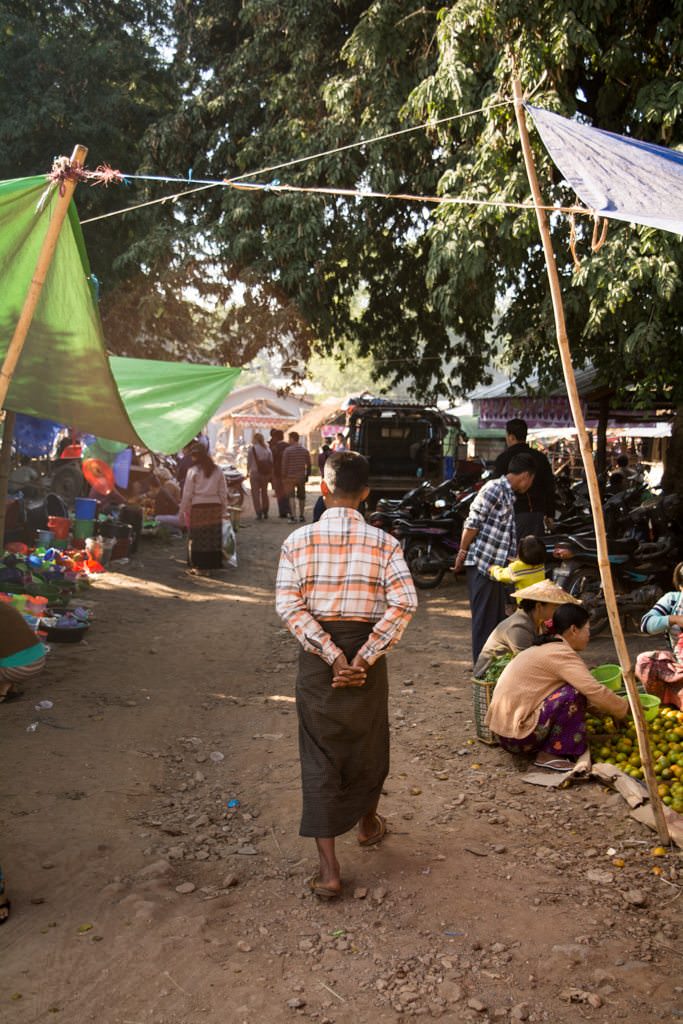 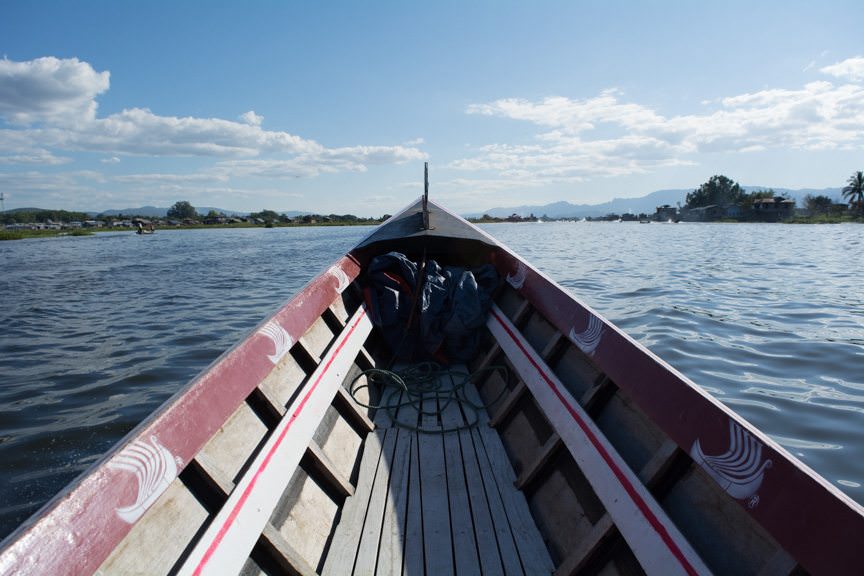 As an example: Today, we had lunch at an Italian restaurant, set on stilts, in a floating village on Inle Lake, in Myanmar. Have you had oven-fired pizza in Myanmar in a restaurant situated on stilts? I didn’t think so. It’s the kind of thing that, if you saw it in a movie, you’d say, well, I don’t believe that happened! Yet here we are. 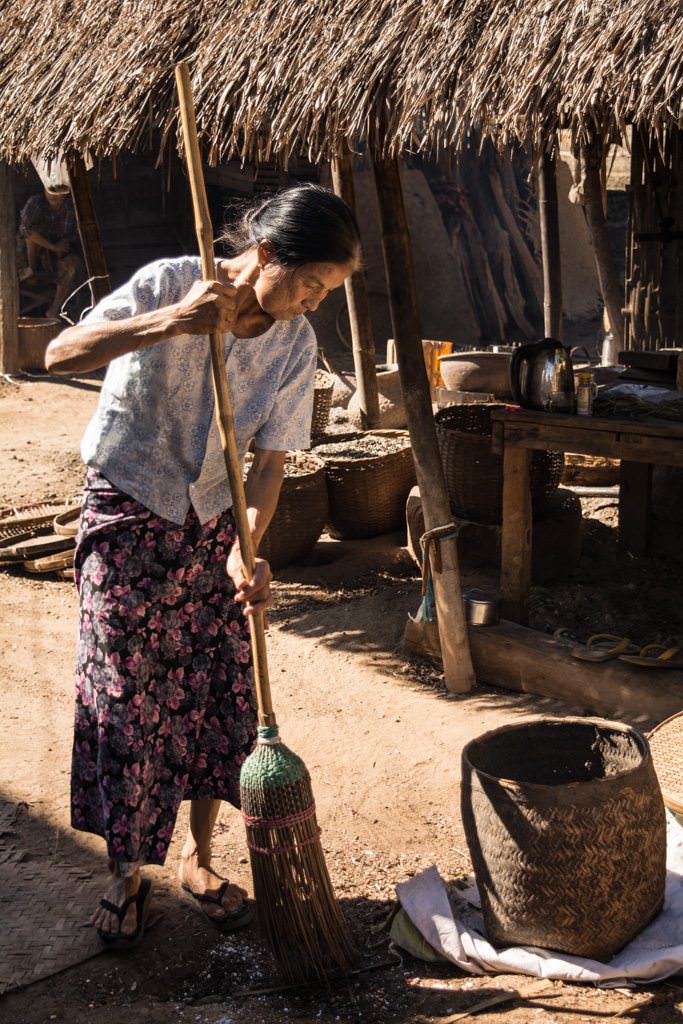 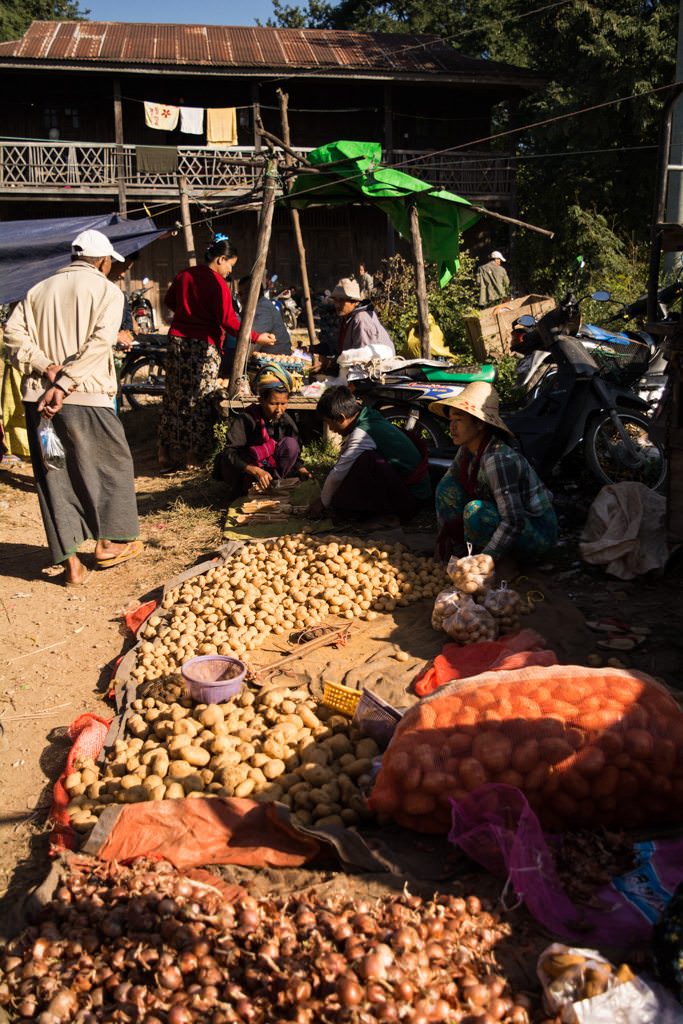 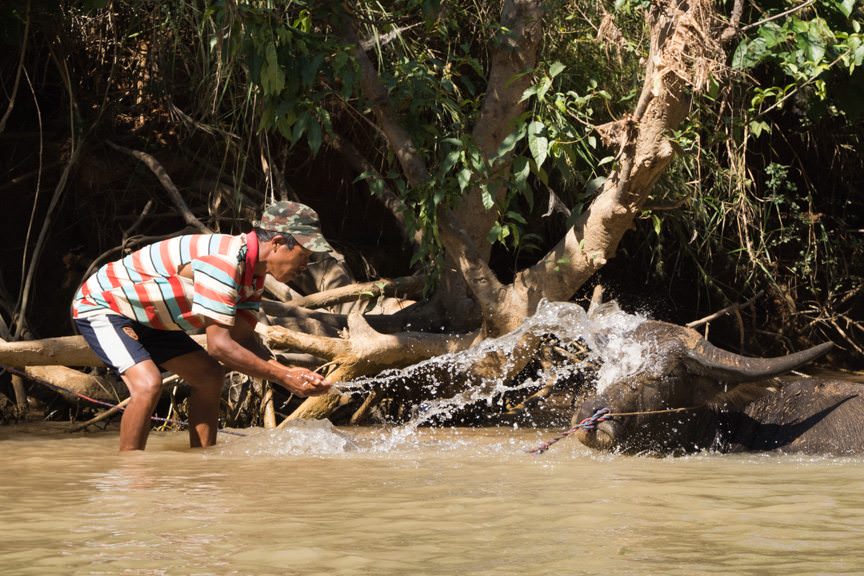 … everything here is still done in the traditional way. Photo © 2015 Aaron Saunders

We also walked through a traditional “pop-up” market that only appears in a small village near the Areum Inle Lake Resort on every fifth day. Here today, gone tomorrow. What’s more, we once again passed through the market as if we were invisible: Not a soul hassled us to buy anything, and at no time did I ever feel as if someone might rob or otherwise interfere with us. It was as if we were locals.

And yet, I am surprised at how developed Inle Lake is. It’s a far cry from some of the floating villages I saw in Cambodia two years ago; resorts almost outnumber villages here. Even Novotel has set up shop, with a new-ish looking property not far down the road from our own Areum resort. 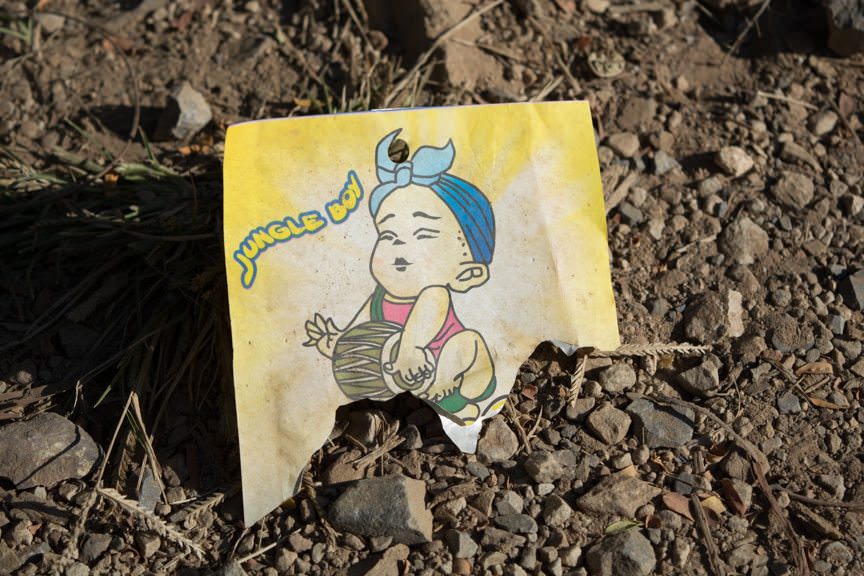 A piece of advertising on the ground … Photo © 2015 Aaron Saunders 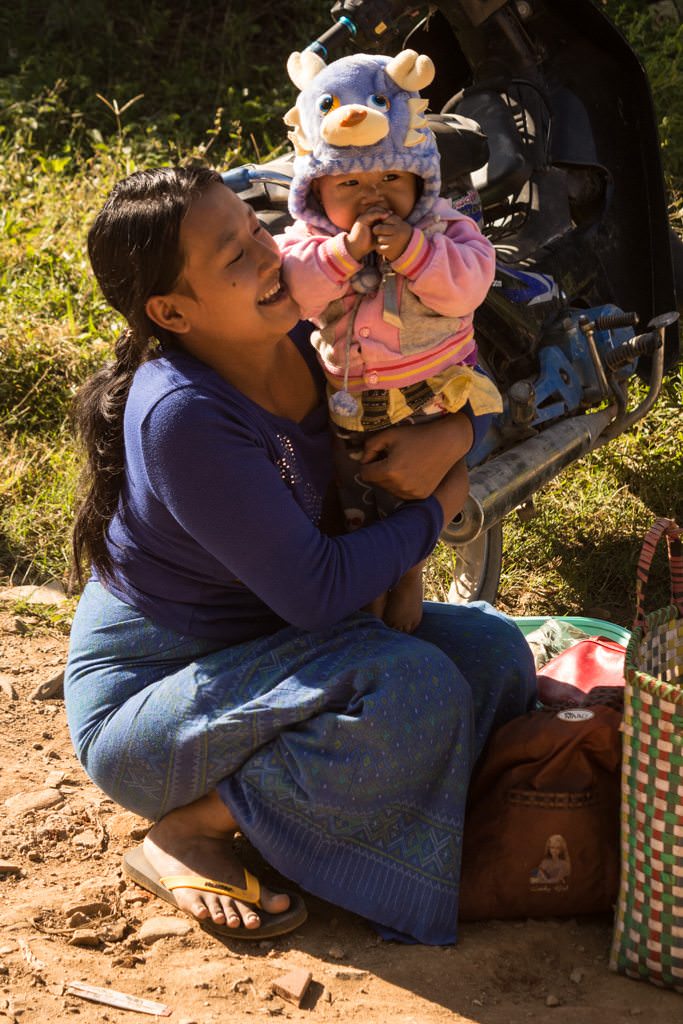 Rather than go on and on with facts and dates and figures, I figure I’ll summarize today with this: I am, once again, impressed with how Viking handles its land operations. Today was a huge day excursion that saw us depart at 8:30 a.m. and return just before sunset. Yet everything was timed perfectly and our transportation – which ranged from mini-bus to walking to four-person wooden boats operated by local Burmese citizens – was faultless. A day like today has a lot of moving parts in it, and those have to be carefully timed in order to have a successful journey. They were. 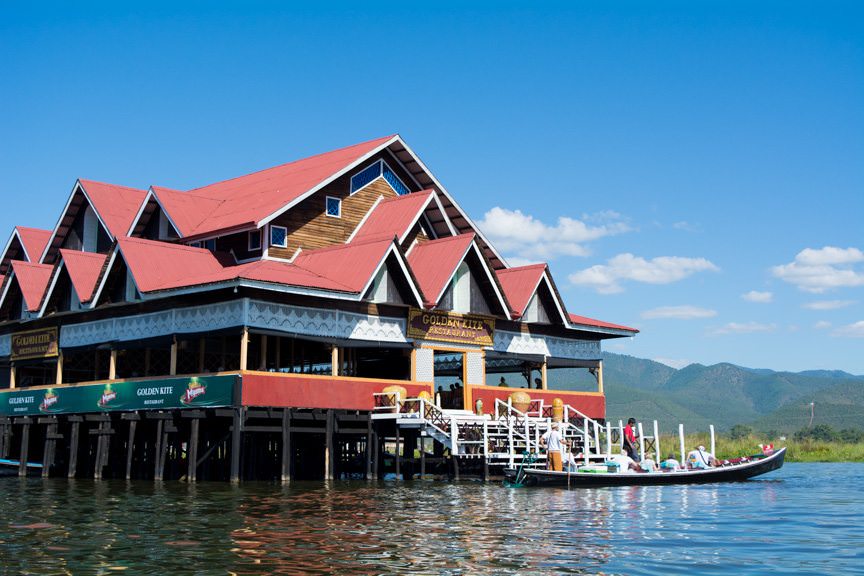 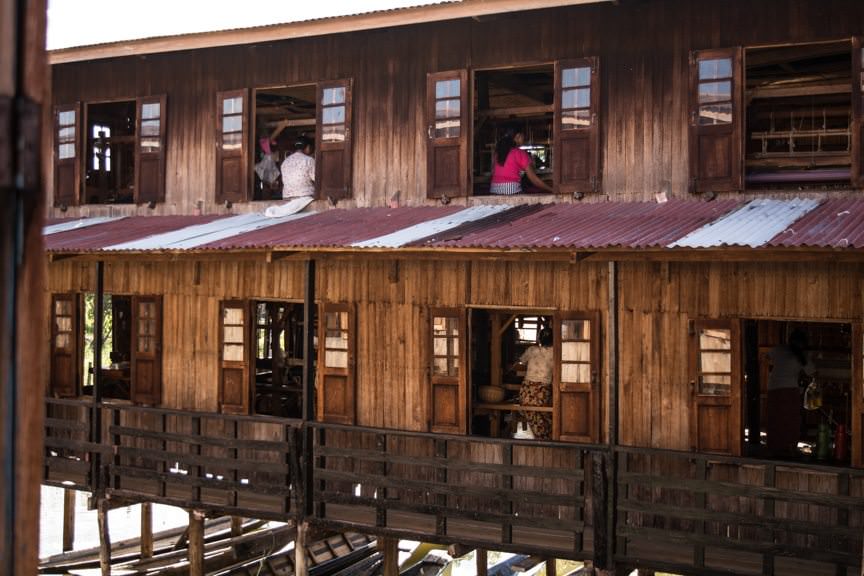 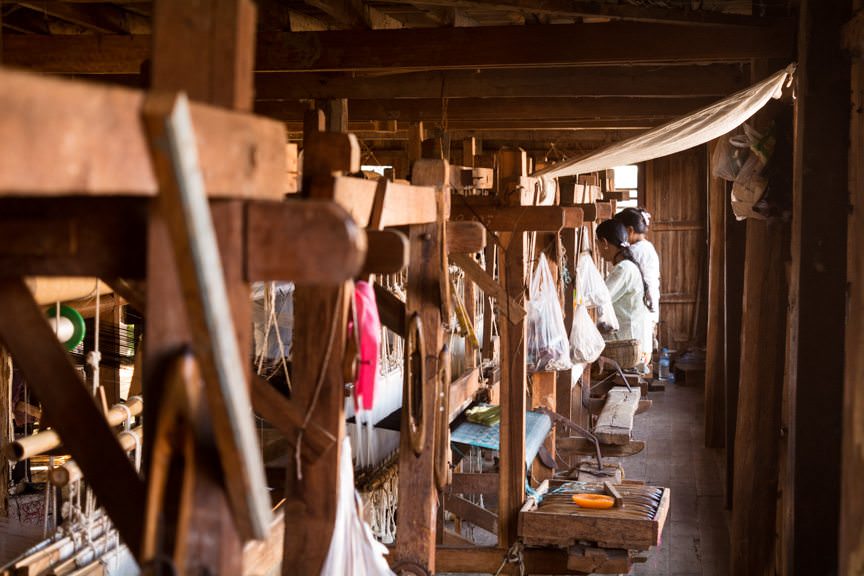 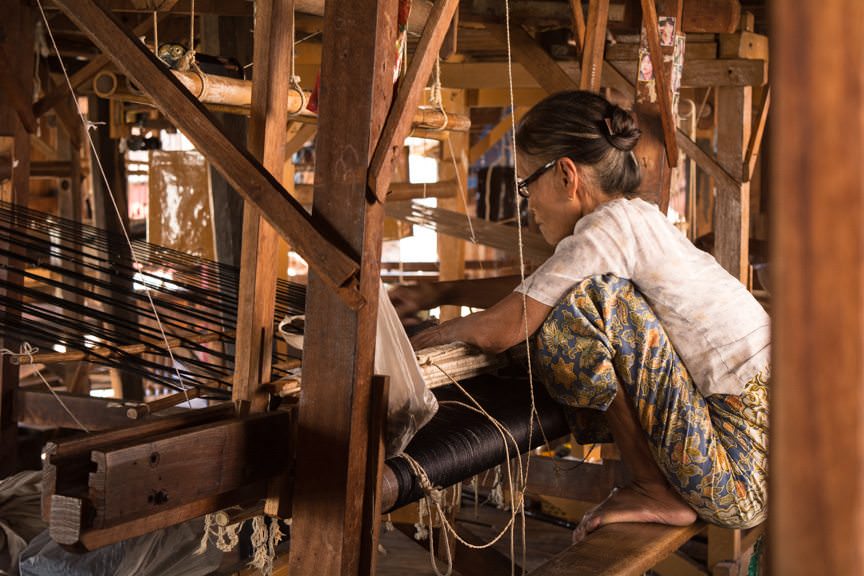 While silk weavers worked their magic, tour groups were herded in and out of the facility. I fear its realistic quality may change in years to come. Photo © 2015 Aaron Saunders 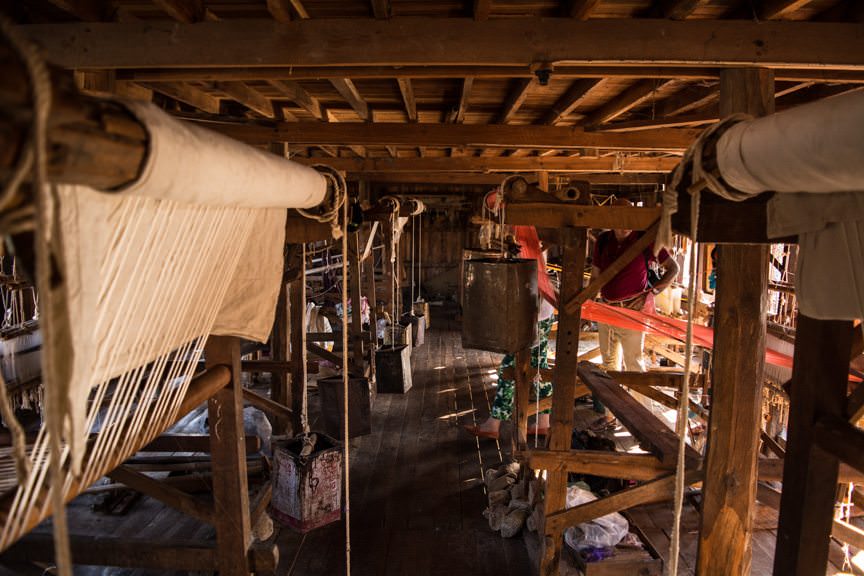 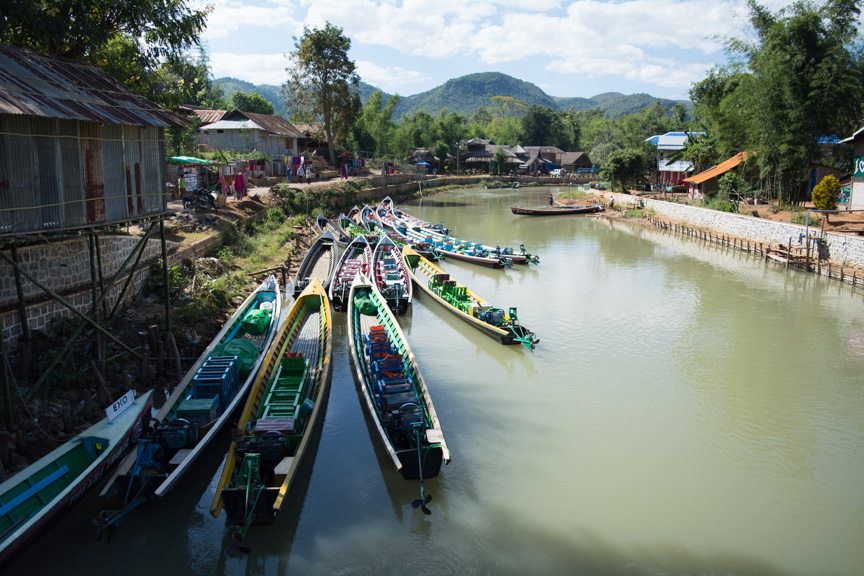 To get back to our hotel, we traveled in the traditional way: by water. Photo © 2015 Aaron Saunders 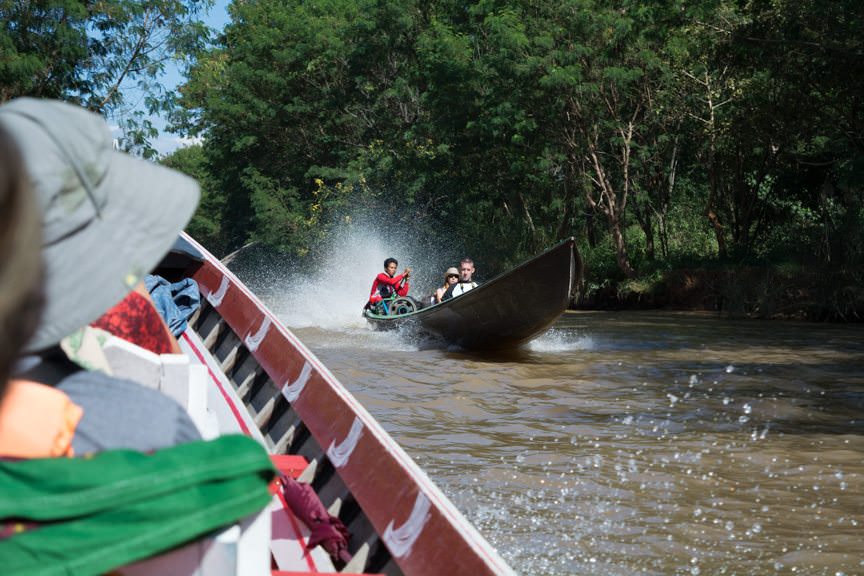 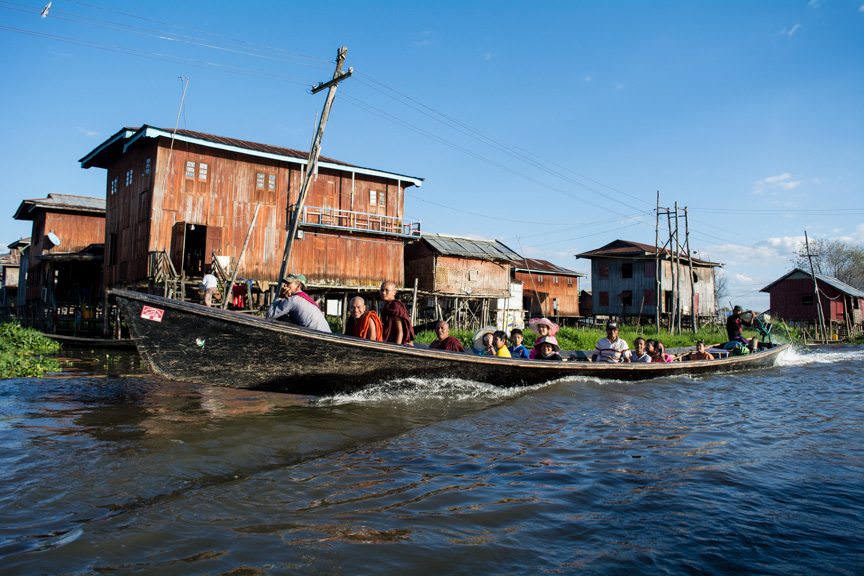 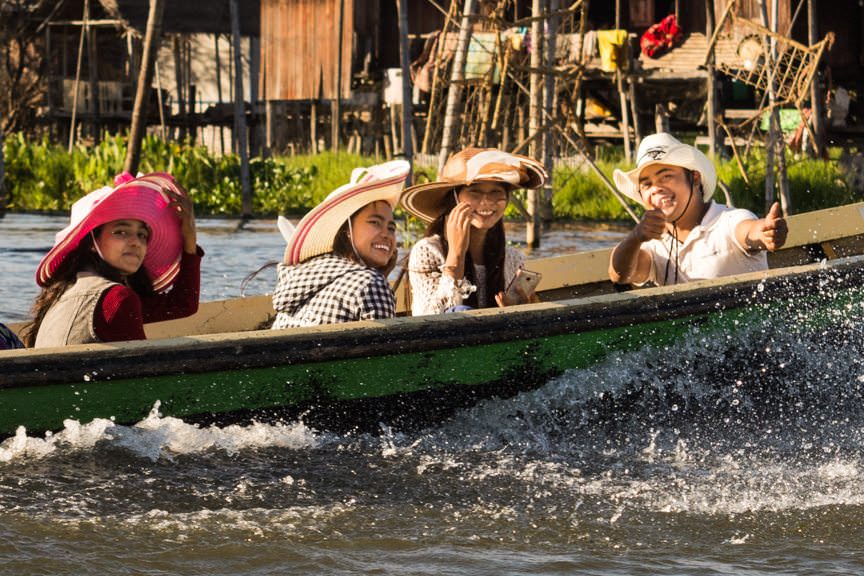 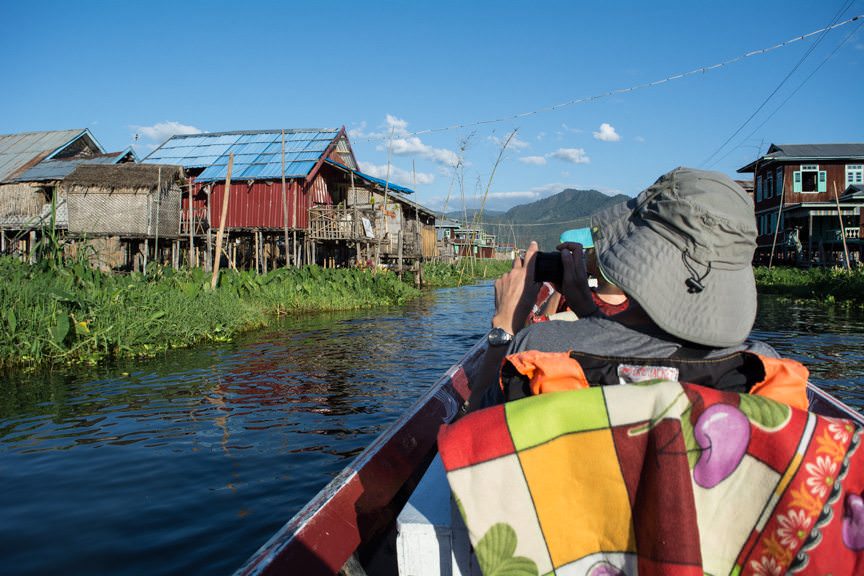 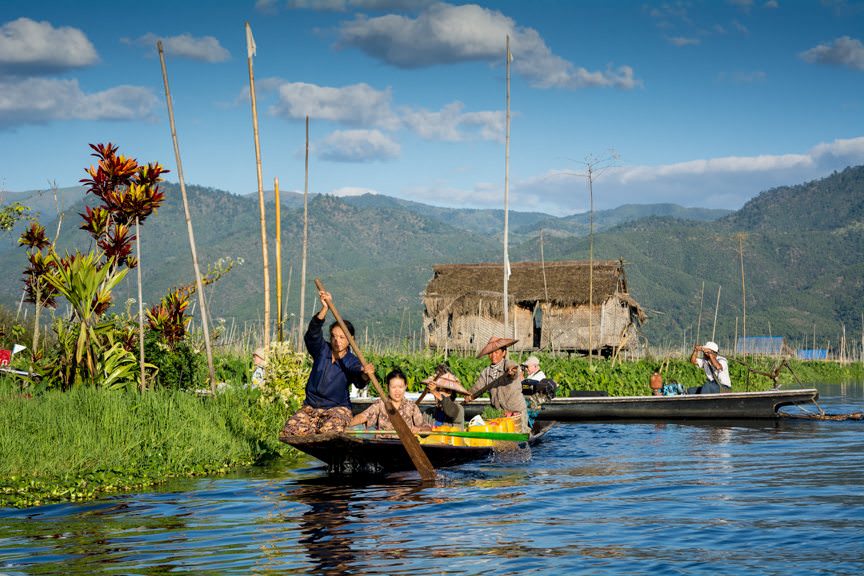 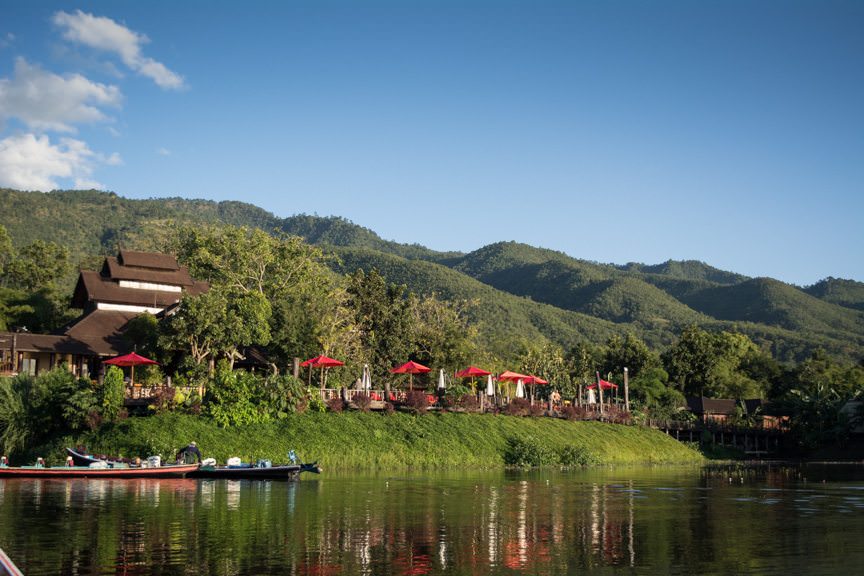 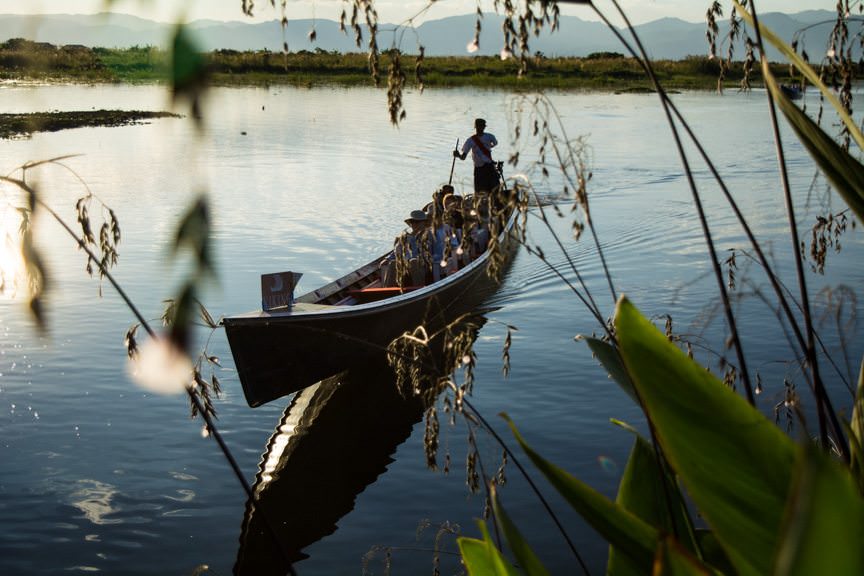 … arrival back at the Areum Inle Lake Hotel and Resort. Photo © 2015 Aaron Saunders

Myanmar is just now on the verge of becoming a democracy. Tourism is opening to the West. Change is afoot. But I have to wonder: Will Inle Lake still look the same ten years from now? Or will this new openness to travellers from around the world alter its very essence in the same way it has in places like the Caribbean and Hawaii?

For me, that raises the biggest question: How do you encourage tourism while still protecting what is already there? 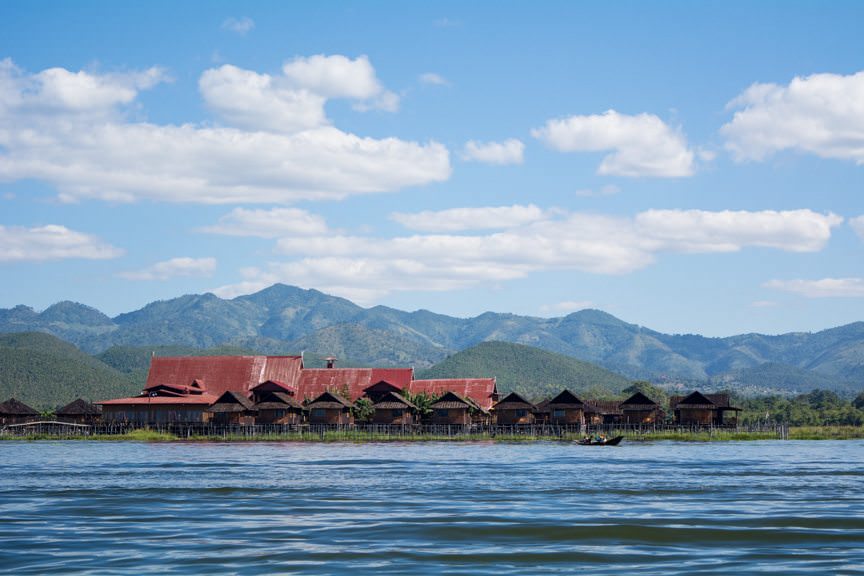 Our Live Voyage Report from Viking River Cruises’ Myanmar Explorer continues tomorrow as we travel to Mandalay, Myanmar to board the Viking Mandalay! Be sure to follow along with our adventures on Twitter @deckchairblog.