Crystal Cruises is hitting the throttle on its forthcoming river cruise product. The upscale line, perhaps best known for luxury ocean cruises, announced this week that it will debut five luxury river cruise ships instead of the previously announced two, and they’ll begin operations a full year earlier than expected. That means you’ll be able to take a Crystal river cruise as early as this summer.

Crystal announced the purchase of Dertour’s 1987-built MS Mozart, which was formerly operated by Peter Deilmann and TUI Cruises. At the time of her construction, she was one of the largest river vessels afloat, and is easily recognizable thanks to her unique semi-catamaran design. She is also one of the widest river cruise vessels afloat, though her increased dimensions mean she can only sail the Danube between Passau and Budapest.

Still, the purchase of the Mozart will allow Crystal to launch its river cruise product a full year ahead of schedule. She will be extensively refitted before entering service on July 16, 2016 as Crystal Mozart.

Crystal will also order four new, purpose-built luxury river cruise vessels to be constructed by the Lloyd Werft shipyard in Bremerhaven, Germany. These will debut in 2017.

“In response to travelers and travel agents’ enthusiasm for Crystal River Cruises, and through Crystal’s innovation, we are upping the ante once again, bringing ‘true luxury’ to the river cruise sector with the largest guest suites and public spaces, the highest crew-to-guest-ratio and Crystal’s award-winning service,” says Crystal’s President and CEO Edie Rodriguez. “Once the transformation of Crystal Mozart is completed, it will truly be the crown jewel of the European rivers.”

Following her refit, Crystal Mozart will carry 160 guests in staterooms that measure 203 square feet at a minimum. Deluxe Suites will clock in at 215 square feet, while a penthouse will measure 322 square feet. The crown jewel of Crystal Mozart, however, will likely be the two massive Crystal Suites. At 860 square feet apiece, these two-bedroom suites will become the largest on the rivers of Europe, snatching the title from Viking River Cruises’ impressive Explorer Suites aboard the Viking Longships. 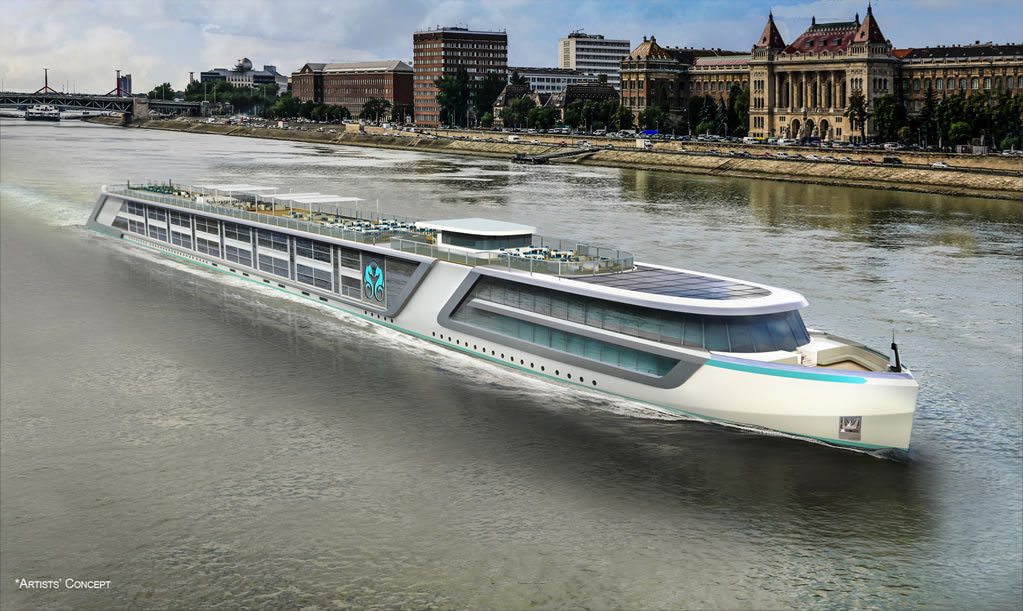 Crystal’s four new purpose-built river cruise vessels will debut on the rivers of Europe in June and August of 2017. Designed specifically for Crystal, they will feature suites ranging from 220 square feet to 750 square feet. All suites will feature king-sized beds, walk-in wardrobes and bathrooms with double vanities. Public rooms will also be located on a single deck rather than being split across two decks, as they are on many current river cruise ships.

All vessels will feature a Palm Court complete with a dance floor and glass-domed roof, a library, fitness center, spa, and onboard bicycles. Two vessels will carry 110 guests long the Danube, Main and Rhine rivers, while two 84-guest ships will sail the Seine, Garonne and Dordogne rivers in France.