You are here: Home / Advisories / An Absurd Proposition For Those Who Fear Traveling After The Paris Attacks

Thanks to the nearly 500 of you who participated in last week’s survey asking whether the Paris attacks had affected your travel plans. Nearly 45 percent of you answered affirmatively, with a few who said you were cancelling your plans and others who said you were reconsidering. Most of you who answered yes said you planned to wait and see if there were more attacks.

My own answer is no impact. Why? First let me roll back the clock a few months. In September I traveled for nearly two weeks in Turkey with my 18-year-old son. Yes, Turkey, where there have been terrorist bombings and people killed.

I was not an irresponsible traveler or an uninformed one, however. Before going, I consulted travel advisories on the websites of the U.S. Department of State, the U.K.’s Foreign Travel Advice, and the Government of Canada. Each had warnings for specific areas of Turkey that we would avoid.

I also talked with my son. His response: “Let’s go. Terrorism can happen anywhere, dad. Just look at our high schools in America.”

What did we experience in Turkey? Some of the most hospitable people we had ever met and, for both of us, a transformational travel experience. I’ve included my son’s Facebook post about our travels below. 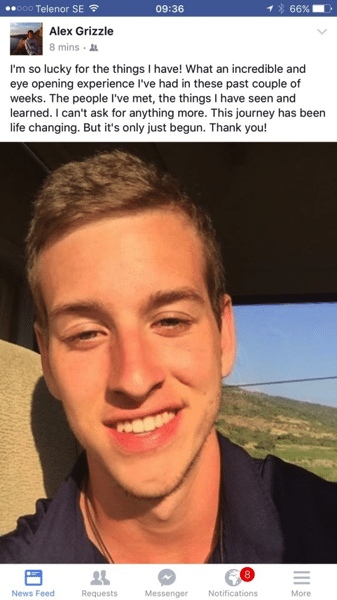 After Turkey, I spent two months traveling in Europe filming a series of destination videos. That trip resulted in another series of enriching travel experiences, stretched out from Stockholm to Sete, in the south of France, all the way over to Crete – and with lots in between.

Just last week, I finished a river cruise from Basel to Amsterdam. The Paris attacks took place midway through the voyage. Should we have panicked and flown home? Of course not.

So back to our survey question. For those who say their plans were affected by the Paris attacks, what do you have to fear about traveling to Europe? Think about it in what may be the most absurd way possible. Let’s say that you were nearing the end of your life and you wanted to go to Europe with the intent of being a victim of a terrorist attack. Do you think you could succeed? That’s a rhetorical question, of course, because there’s no way you could succeed.

This hypothetical is in no way meant to be insensitive to those who have had friends or family murdered by terrorists (on 9/11 in New York, for example) but rather to point out how fear of such a statistically remote possibility inhibits the joy that comes with travel.

I think back to my own fears of flying. I worried with each flight that the plane would crash and I would die. I’m glad I overcame that fear. For nearly four decades now, travel has enriched my life beyond anything I could have ever imagined.

“When I travel I feel like a citizen of the world,” wrote one respondent to our survey. “There is no ‘safe place’ where we can hide from the perils that we imagine will assail us. Let’s go meet other people and celebrate life!”

Or of course you could stay home, erect your borders and live in fear. Will you be safe then? Who knows?