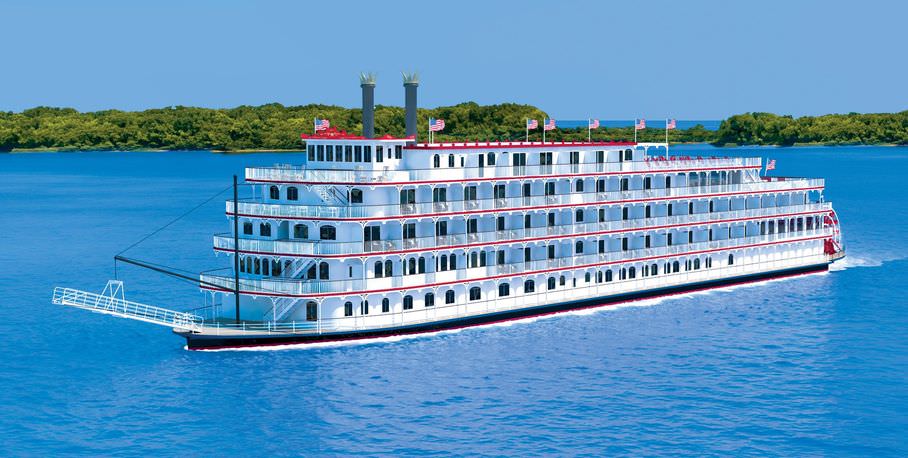 American Cruise Lines is one of the few river cruise companies that operates in the United States only. There are currently eight ships in its fleet with cruises available on the Mississippi, Ohio, Cumberland, Tennessee, Hudson, St. Johns, Columbia and Snake rivers.

Compared to other river cruise ships in the United States and globally, American Cruise Lines has some of the largest staterooms in the industry. Staterooms range in size from 135 to 240 square feet for single cabins and from 175 to 600 square feet for double cabins. The average size measures from 220 to 300 square feet.

All ships have single cabins and most have suites available.

There is variation is stateroom size for all ships, except the the American Glory, which sails on the Hudson River and the Atlantic Coastal waterways. For this ship all double occupancy cabins are 220 square feet. The American Glory is the only vessel that does not have suites onboard.

The smallest Owner’s Suites are found on the Independence. They measure 315 square feet. Smallest cabins on this ship, though, are some of the largest in the fleet. Double occupancy rooms start at 265 square, which also happens to be the most common stateroom size on the Independence.

On the Columbia and Snake rivers, the Queen of the West has the smallest double cabins, which start at 175 square feet. Owners Suites on this ship are between 330 and 390 square feet. Average stateroom size is 300 square feet, which is rather large compared to the other vessels.

If you take a river cruise with American Cruise Lines, regardless of the stateroom you choose, you will probably appreciate how spacious your accommodations are.