You are here: Home / Destinations / Asia / Uniworld: What Are Its Smallest, Largest and Most Common Stateroom Sizes? 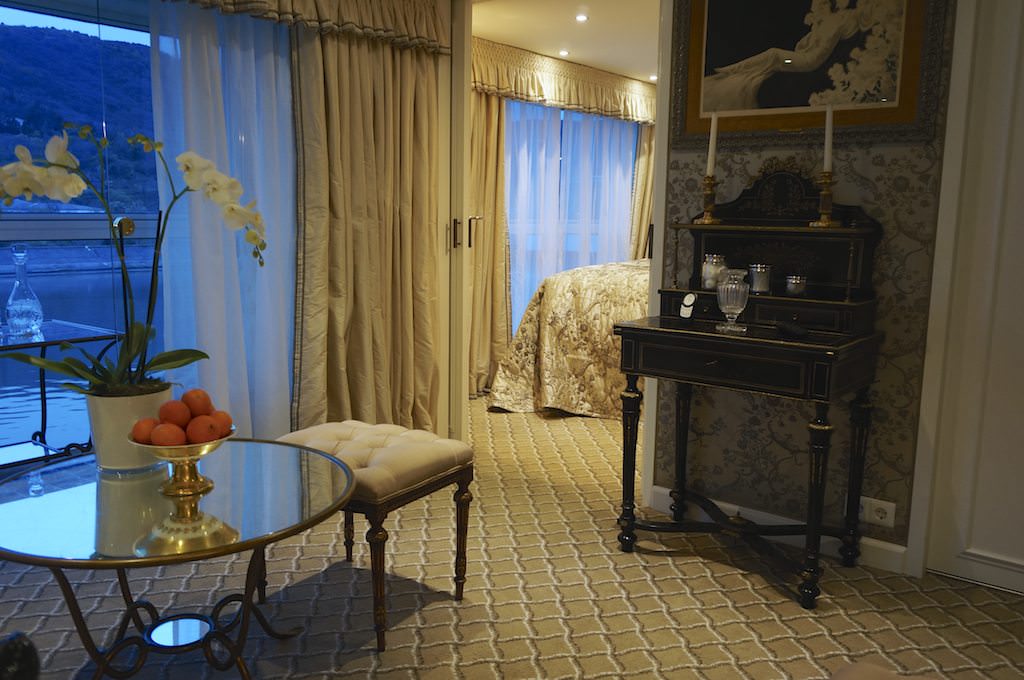 Uniworld has 16 ships in its fleet that cruise the waterways in Europe, Russia, Africa and Asia. Cruises are available on the Danube, Dordogne & Garonne, Douro, Ganges, Mekong, Nile, Po, Rhine, Rhône, Saône, Seine and Volga rivers and the Dutch & Belgian Waterways.

While the company owns most of its ships that operate in Europe and Russia, two of them are chartered. These include the Queen Isabel on the Douro River and the River Victoria on the Volga River.

In Asia and Africa, Uniworld also offers cruises on ships that are chartered. For example, cruises on the Yangtze River in China are available on the Century Legend and Century Paragon.

The River Victoria, which travels along the Volga River, has staterooms between 135 square feet and 410 square feet.

While most of Uniworld’s ships do not have single cabins, the S.S. Catherine does. This ships travels along the Rhône and Saône rivers in France. Stateroom size for Category 5S is 120 square feet.

Uniworld is one of the only major river cruise companies that offers itineraries on the Ganges River in India. In 2016 the Ganges Voyager II, will begin sailing on the Ganges. Staterooms range in size from 261 square feet to 400 square feet,

And in Southeast Asia, the River Orchid cruises on the Mekong River. Cabins for this ship are between 168 square feet and 232 square feet.

The largest staterooms, however, are found on the Century Legend and Century Paragon on the Yangtze River. Presidential Suites measure a very spacious 1140 square feet. Even the smallest cabins on these ships are impressive in size measuring 301 square feet.

Uniworld offers cruises on the Nile River in Egypt. The River Tosca, a charted ship, has the largest staterooms in Uniworld’s fleet. Cabins range in size from 313 square feet to 651 square feet. And staterooms for the most common category are 335 square feet.

In the chart below, each ship for Uniworld is listed. There is quite a variation in size for the vessels in Europe; although, its newer ships have larger staterooms.

Ships on the Nile, Yangtze and Ganges have the largest staterooms, and the ship on the Mekong has the smallest staterooms overall.

With Uniworld you’ll notice quite a difference in staterooms sizes among its ships in Europe. Its smallest staterooms are found on the Dordogne, Garonne and Seine. And if size matters you’ll find that some of Uniworld’s largest staterooms are on the Rhine, Main and Danube.

See other articles about Uniworld.