The House of Sand and Port Wine 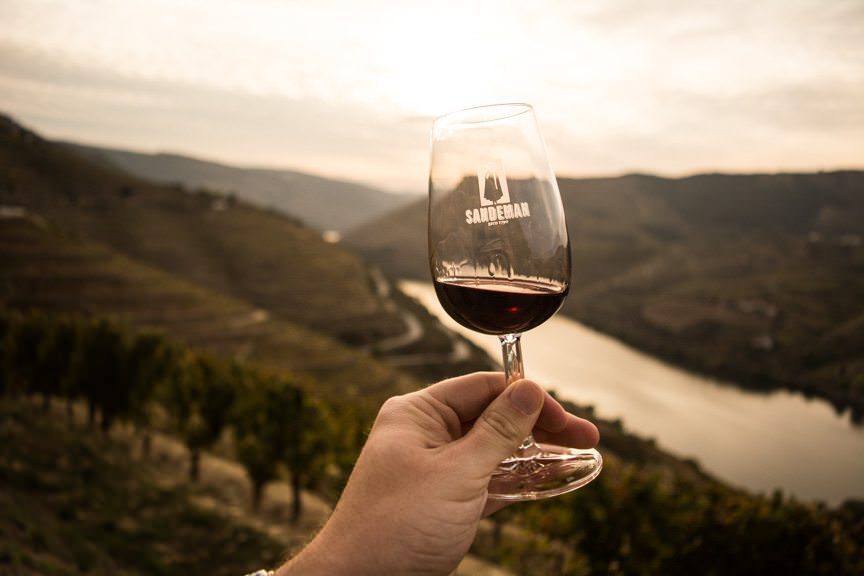 Port Wine and the Douro River Valley: it’s what river cruising through Portugal with Viking River Cruises is all about. Photo © 2015 Aaron Saunders

If anyone tries to tell you that river cruising is relaxing business, they’re wrong. River cruises are some of the most active voyages you can take outside of an expedition cruise, and Viking River Cruises’ 10-day Portugal’s River of Gold itinerary from Lisbon to Porto is no exception. 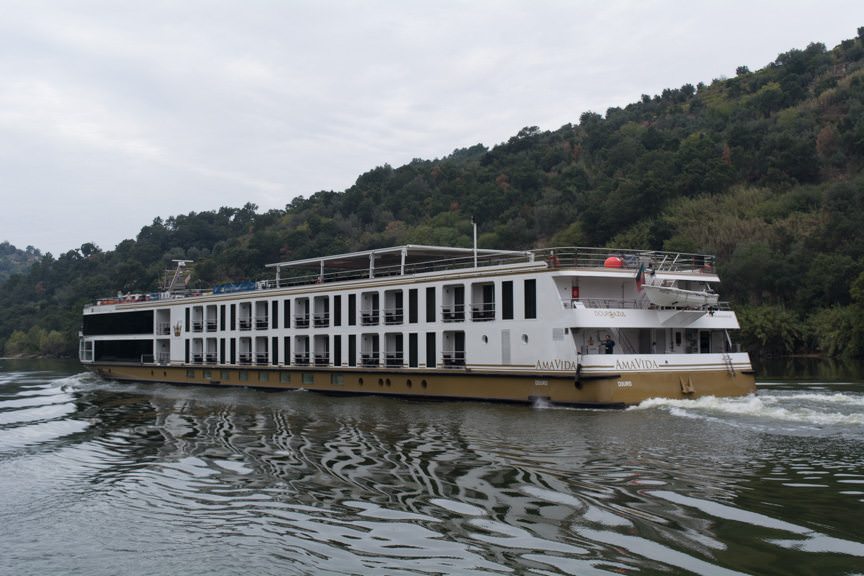 The Douro isn’t a sleepy river; in fact, it’s going to get busier next year when Viking introduces the new Viking Osfrid to the Portugal run. Photo © 2015 Aaron Saunders

Rather than being a negative, the level of activity here onboard the 106-guest Viking Torgil is a huge positive. Personally, if I travel somewhere, I want to see and do as much as is physically possible. Viking makes that a reality. But the line is also cognisant of the fact that even the most adventurous travellers need a break sometimes, which is why guests onboard Viking Torgil were treated to a restful morning of cruising along the Douro River, though the UNESCO World Heritage Site that is the Douro River Valley.

A look at what is happening onboard the Viking Torgil today:

As you can tell by the Viking Daily program, boredom is not an option. You can also tell that there is more than one choice for how to spend this stunning Saturday in October in Portugal. 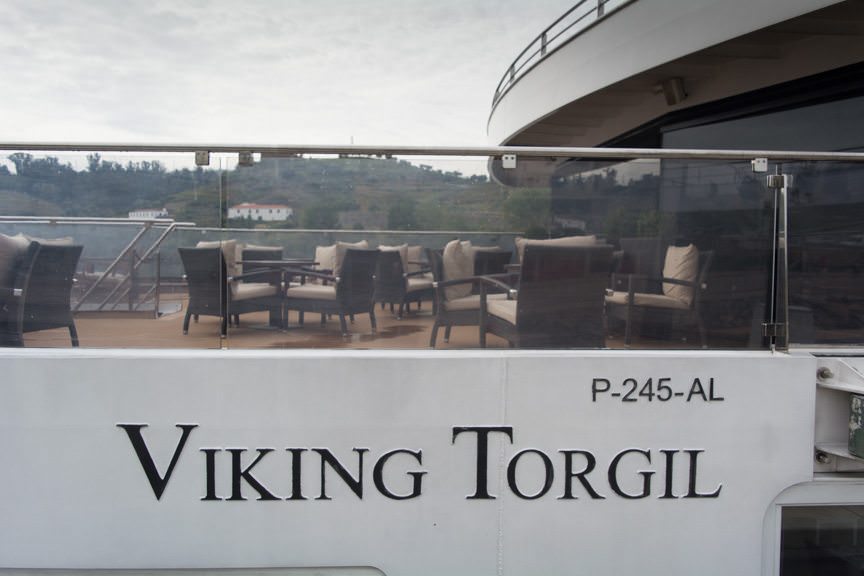 Viking Torgil docked at her berth in Regua….Photo © 2015 Aaron Saunders 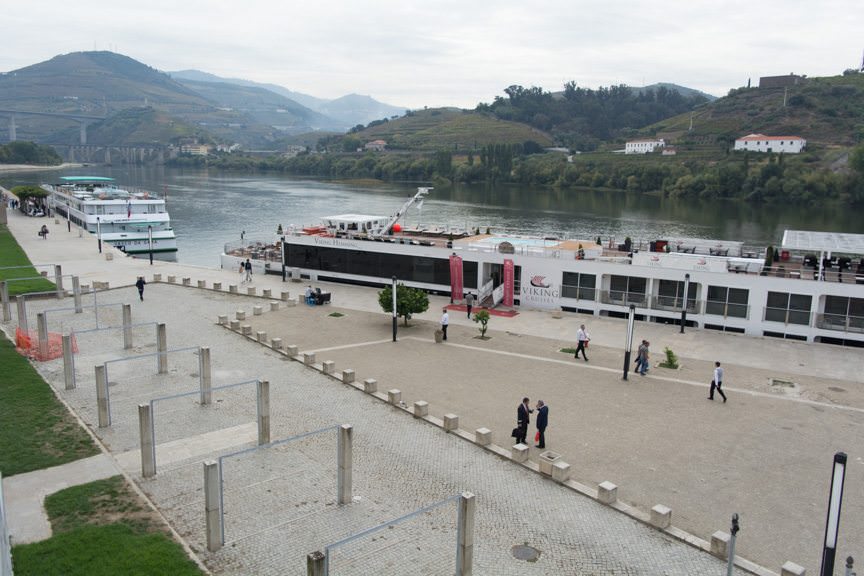 …and her sister, Viking Hemming, berthed just ahead of her. Photo © 2015 Aaron Saunders

The obvious choice is to relax in the morning and participate in the five-hour long included shore excursion tour in the afternoon. But, should you want, you can elect to skip the tour altogether and remain aboard Viking Torgil as she sails from Regua to Pinhao. The choice is yours; no one will “force” you to do anything you don’t want to!

Of course, why you’d want to pass up an afternoon as fascinating as this is admittedly beyond me. For this fall day in October, Viking has assembled a tour-de-force shore excursion schedule that includes a stop at the 18th century Mateus Palace and Quinta de Sexio – home of the famous Sandeman brand of port wines. 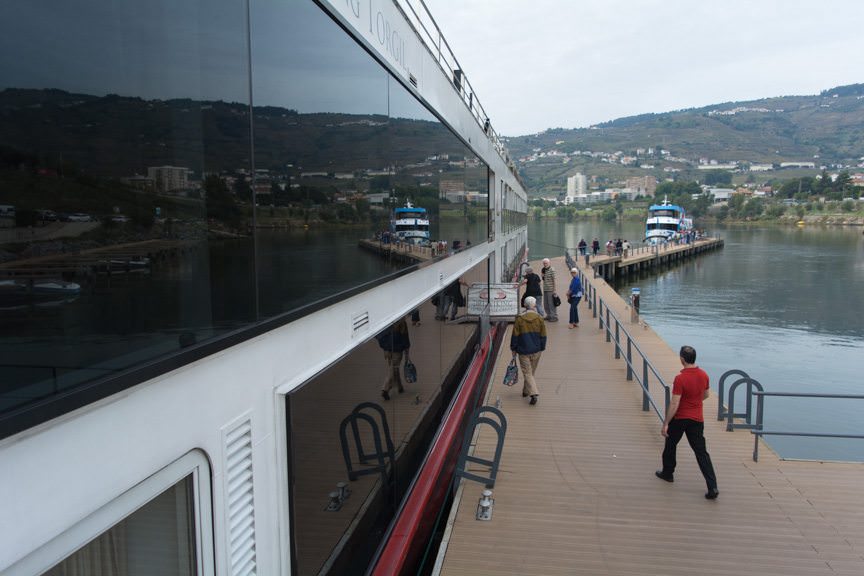 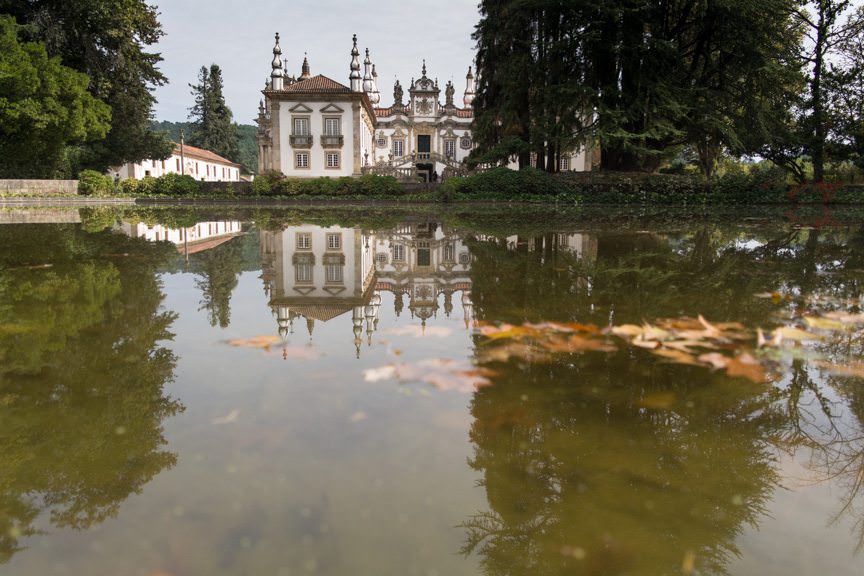 …for our excursion to the Mateus Palace! Photo © 2015 Aaron Saunders

Located in the village of Vila Real, the Mateus Palace was begun in 1739 and completed four years later in 1743. It’s a sprawling, almost Versailles-like mansion that would not look out of place with the chateaux’s of Bordeaux.

We were treated to a tour of the Mateus Palace’s elaborate interiors. The mansion still serves as a private residence to this day, so only a portion of the palace actually remains open to the public. Photography is forbidden inside the palace, so you’ll just have to take my word that it is quite an elaborate sight, with raised wooden ceilings, authentic fixtures and furnishings, and books and documentation dating back hundreds of years.

While I couldn’t photograph the interiors, I was able to document the elaborate grounds and gardens that surround the palace: 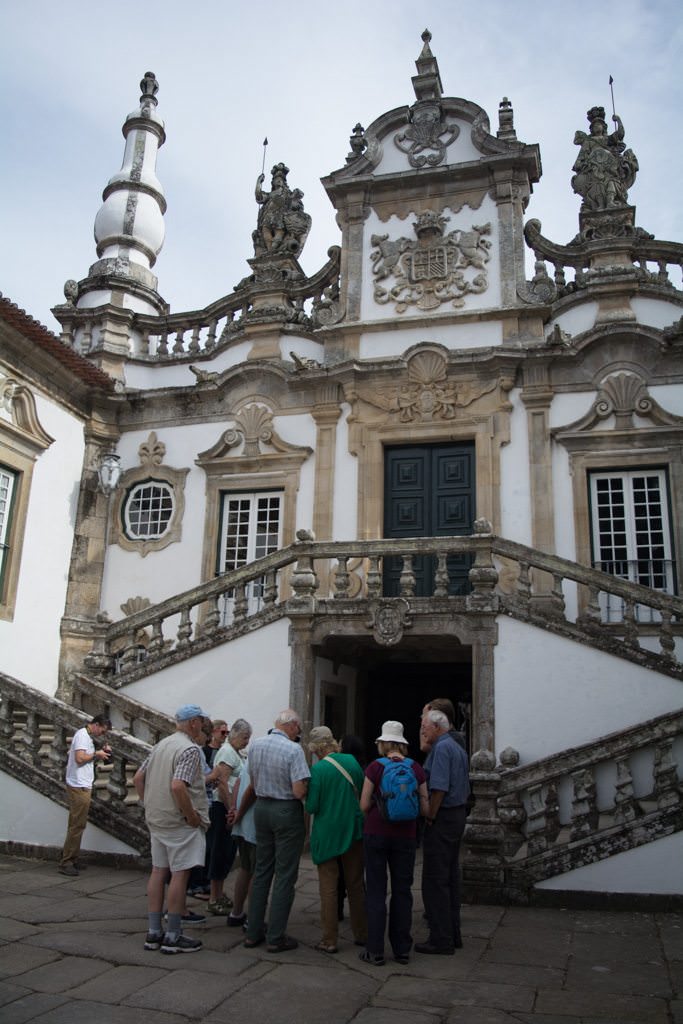 Entering the Mateus Palace for our tour…Photo © 2015 Aaron Saunders 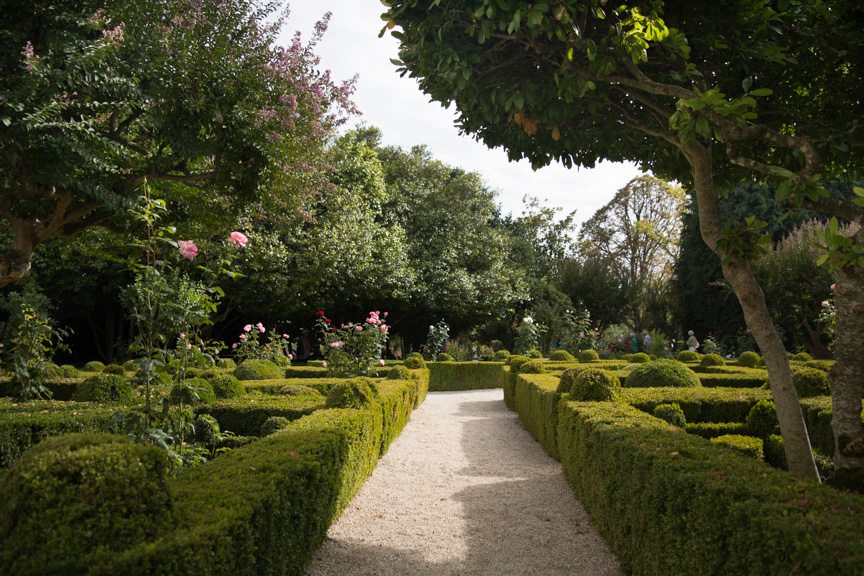 …before emerging into the elaborate, almost Versailles-like gardens of the palace. Photo © 2015 Aaron Saunders 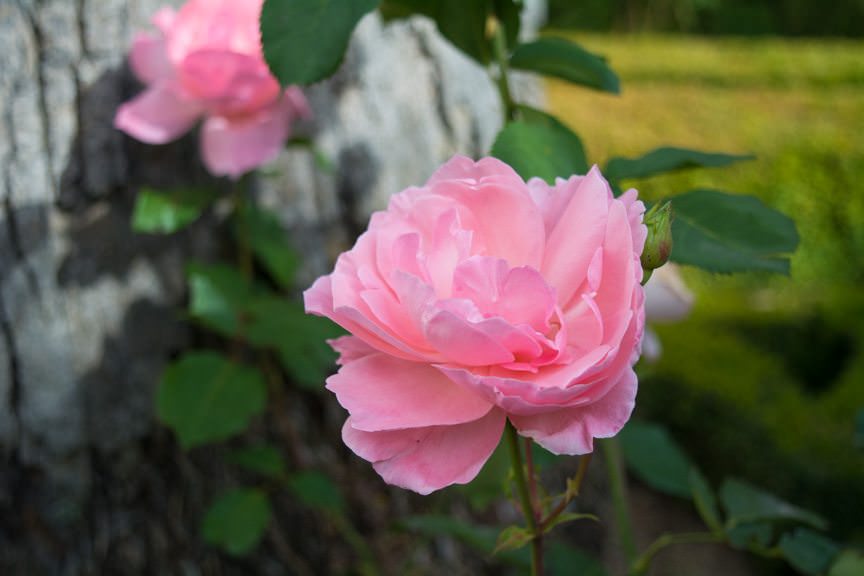 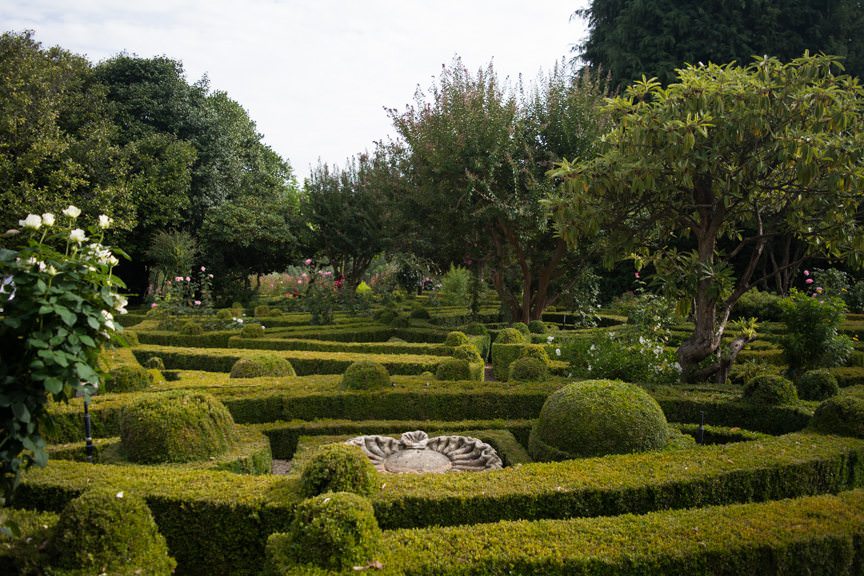 After about 90 minutes at the Palace, we reboarded the “Amazing Coach” – as Coach Group A is now officially known – for the hour-long, white-knuckle, switchback drive up to the House of Sandeman.

This is a good time to mention the Viking team aboard the Amazing Coach, which is comprised of our always-smiling guide, Maria, and our bus driver. I don’t even know the guy’s real name, because the running joke has been that his name is actually Jessica. So Maria will introduce him as “The Amazing Jessica!”, and he’ll flick the coach’s overhead bin lights on and off several times to say hello. 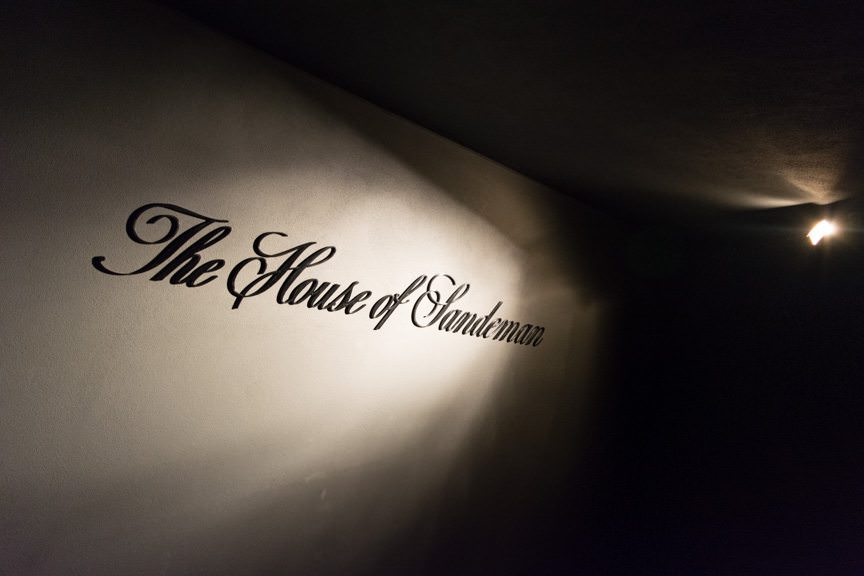 This afternoon, we were invited to tour the House of Sandeman, where Sandeman Port wine is made. Photo © 2015 Aaron Saunders

All of my coach drivers and guide teams have been good (I’d be hard-pressed to come up with one that wasn’t), but Maria and “Jessica” seem to have this down to a science. Jessica will encourage us to play small pranks on Maria (“When she comes back, if she says the word “Almonds”, you all shout, “Really!?”), while Maria will gently involve him like a good comedy act. “Look to your left – not you, Jessica. You watch the road!

Of course, the guests love this, and it seems like Maria and “Jessica” love it, too. It’s amazing how far a bit of light, friendly banter can go to creating a personable atmosphere when you travel. 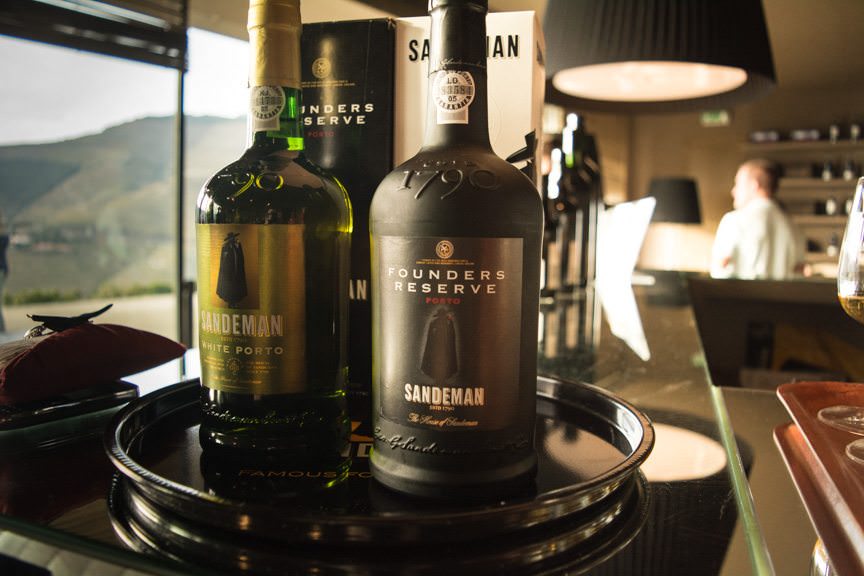 We were invited to sample two of Sandeman’s port wines: a white one, and their Founder’s Reserve. Photo © 2015 Aaron Saunders 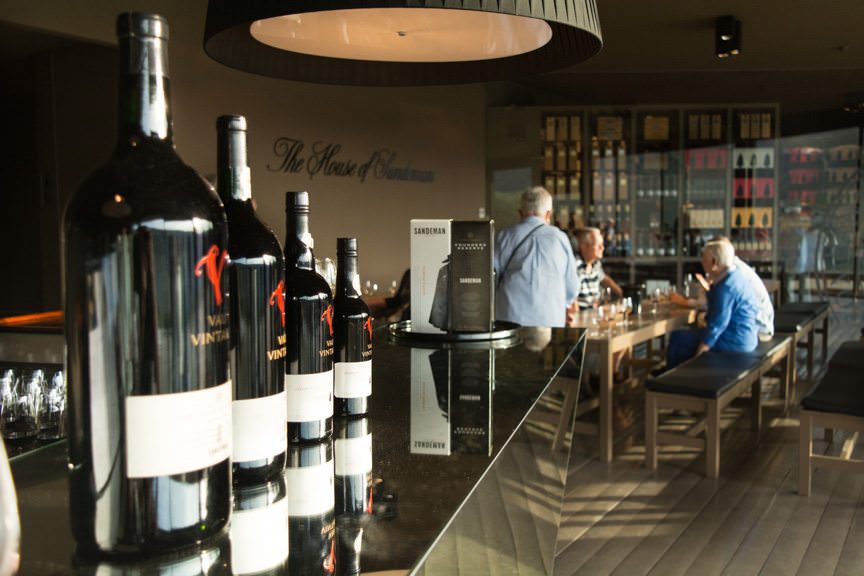 At the House of Sandeman, we were invited to sample two of the many port wines that Sandeman makes: the Sandeman White Porto; and the Sandeman Founder’s Reserve Red Porto.

While I wasn’t entranced with the white port – it’s an acquired taste – I did love and appreciate the Founder’s Reserve Port. Which, conveniently, they sell in the gift shop located adjacent to the tasting room – which itself opens up onto a patio lined with the most magnificent view of the UNESCO World Heritage Site that is the Douro River Valley. 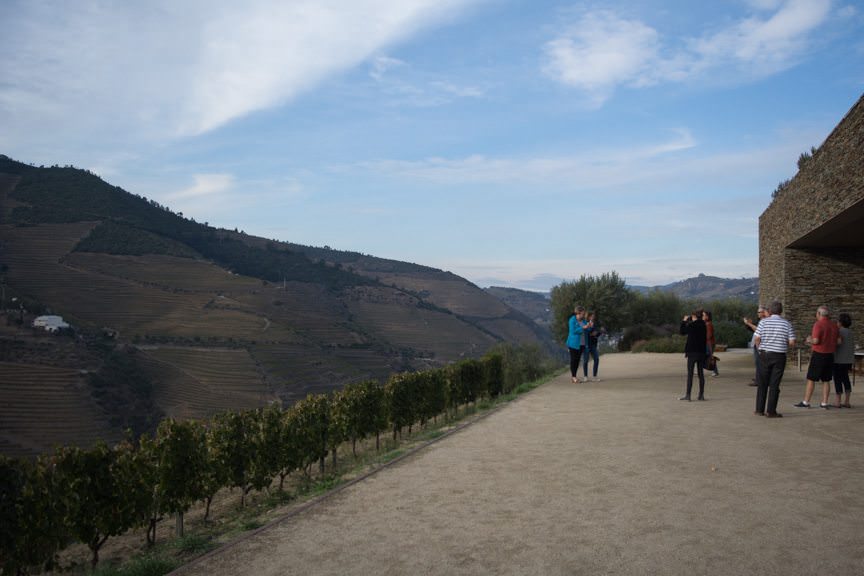 The view from the House of Sandeman was striking. Photo © 2015 Aaron Saunders

Did I buy port? Yes. Sure, I can get Sandeman Port back in Canada, but not the varieties I purchased. Plus, I am a sucker for their branding, with the silhouette of the mysterious, Zorro-like figure on the front of the box. Port wines here start at €9.50 and go up well past €100. But even with the exchange rate, a bottle of port that costs under ten Euros here would retail for nearly $40 back home. 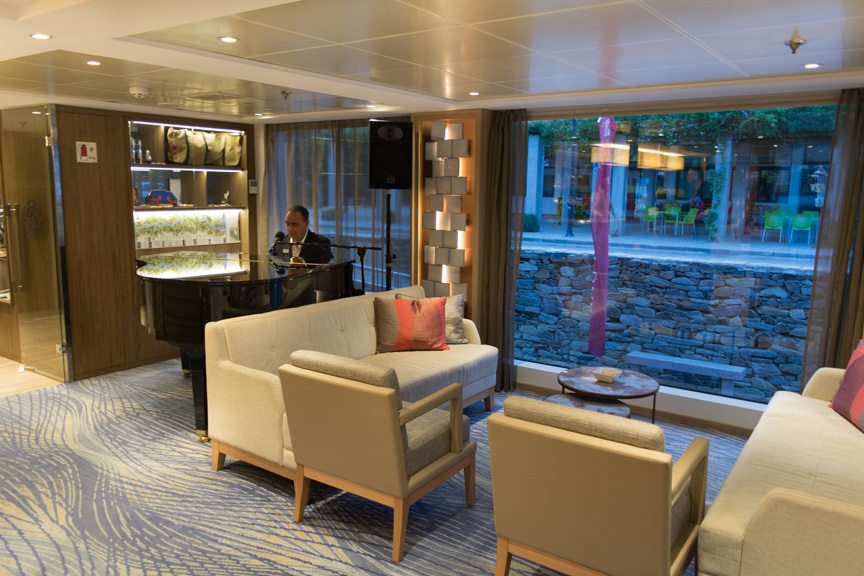 Back onboard, it’s time to settle in the Viking Lounge and listen to the music of Luis…Photo © 2015 Aaron Saunders 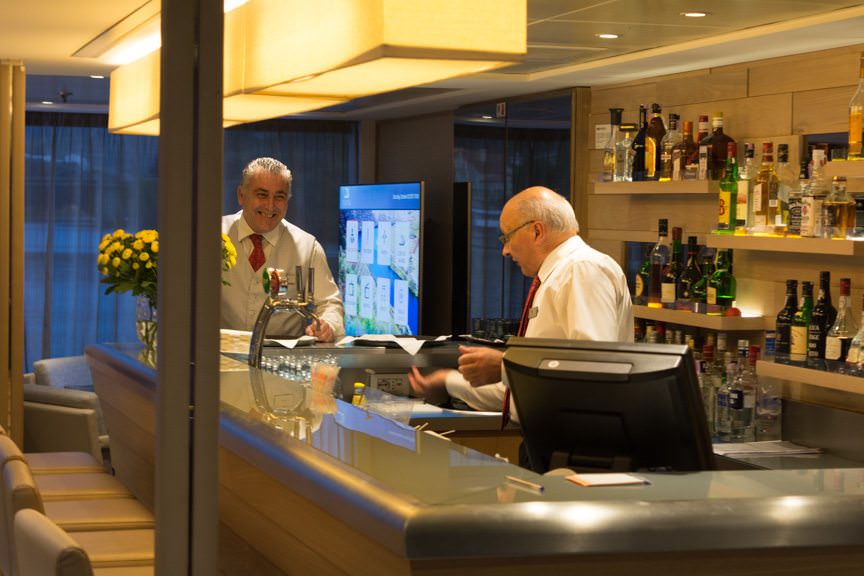 …while the amazingly friendly bar team whips up a cocktail. Photo © 2015 Aaron Saunders

If I were a better writer, I could have a fighting chance at being able to describe the wondrous feeling that comes with watching the sun set over the Douro River Valley, glass of ruby port in hand, as the last embers of Saturday, October 3, 2015 disappeared beyond the horizon. Taken as a whole, it’s such a simple thing: I drank port wine in Portugal at sunset. That’s it. But taken individually, each part of that sentence has meaning. I drank port wine in Portugal. It’s a very authentic, location-specific experience; as much as having Guinness in Ireland or eating souvlaki in Greece.

So here’s to the simplest things in life; the often-overlooked ones that get lost in the shuffle to find better wi-fi or post Facebook updates or take eighteen million selfie shots.

Sometimes, it’s good to just be present in that moment, and create the memory in your mind that will remain with you forever. 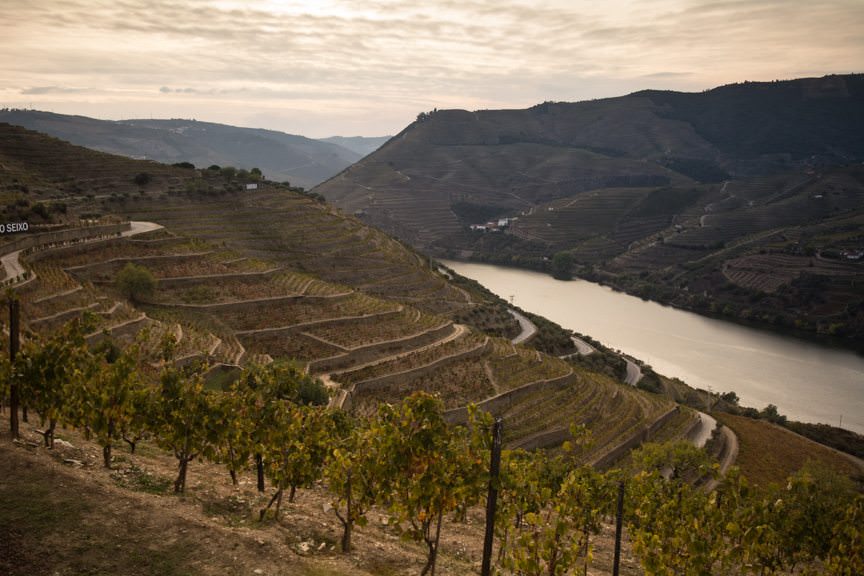 Our Live Voyage Report from onboard Viking River Cruises’ Viking Torgil continues tomorrow from Barca d’Alva, Portugal! Be sure to follow along with our adventures on Twitter @deckchairblog.