Historically speaking, Viking River Cruises has always offered one of the most comprehensive river cruise programs through the Ukraine. Sadly, that came to a close following the recent unrest that has plagued the Ukraine since early 2014. Finally, back in June of 2014, we reported that Viking, unable to safely or reliably operate its itineraries in the region, had pulled the plug.

As we head into the final months of 2015, some good news: Viking is returning to the Ukraine next year, with a brand-new itinerary. 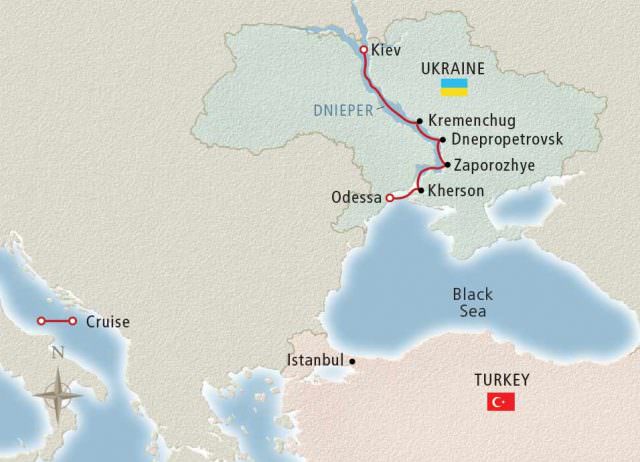 Viking’s new Kiev to the Black Sea itinerary runs on four departure dates in May and June of 2016. Illustration courtesy of Viking River Cruises

Spanning 11 nights, Viking’s new Kiev to the Black Sea itinerary sails from Kiev to Odessa or reverse, and operates on just four dates in 2016: May 17 and 27, and June 6 and 16. All departures will operate aboard the recently refurbished Viking Sineus, formerly known as Viking Lomonosov.

With port calls in Kremenchug, Dneproptrovsk, Zaphrozhye, and Kherson, this itinerary is bookended by three full days in Kiev and four full days in Odessa – and that’s a good thing. Both cities offer much for guests to do, and Viking has arranged a series of fantastic shore experiences intended to better acquaint guests with the unique history of this region. 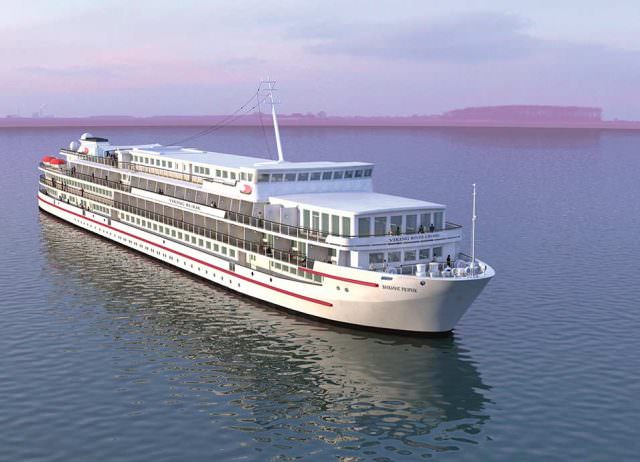 Now, the downside to all of this is that the line’s spectacular 12-night Footsteps of the Cossacks itinerary is still on the chopping block, but there is always the possibility that the impressive Kiev-to-Odessa journey could come back at some point in the future. The Footsteps of the Cossacks itinerary was noteworthy for its inclusion of Yalta, where the Yalta Conference was held in 1945 between Franklin D. Roosevelt, Winston Churchill, and Joseph Stalin. It also had previously included a call on Sevastopol, which now is part of the area of Crimea that Russia has annexed.

Still, Viking’s new Kiev to the Black Sea itinerary looks to be a cautious step in the right direction to return river cruising to the Ukraine. If the Ukraine has been on your list of must-see river cruise destinations, now is the time to go and show your support for this fascinating part of Eastern Europe.