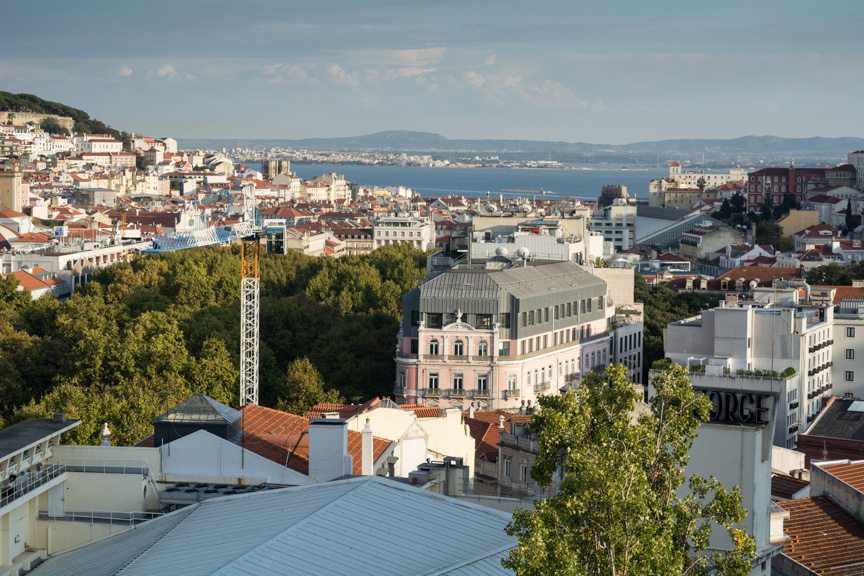 Hello, Lisbon! As seen from the Sky Bar at the Hotel Tivoli Lisboa. Photo © 2015 Aaron Saunders

This afternoon, I walked through the doors of the Hotel Tivoli Lisboa in Lisbon, Portugal and into the start of my next adventure with Viking River Cruises: a magnificent 10-day journey through the heart of Portugal’s port wine-producing Douro River Valley.

Known as Portugal’s River of Gold, this itinerary actually begins with a welcome two-night stay in Lisbon at the Hotel Tivoli before we transfer on October 1 to the city of Porto, Portugal – the historic home of port wine production and gateway to river cruises through this unique area of the world. 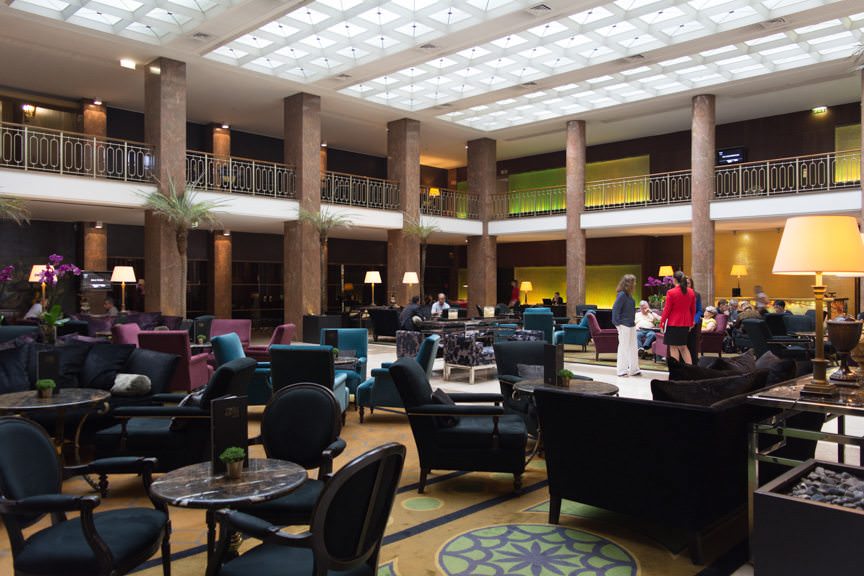 Once we arrive, we’ll embark Viking Torgil in the port of Gaia, located directly across the Douro from Porto. But that is in two days’ time. For now, the Hotel Tivoli and Lisbon will act as our home.

I fancy myself something of an experienced world traveller, but that certainly wasn’t the case today. I accidentally ingested almonds (I’m allergic) that had been sprinkled on my in-flight pasta dish on Air Canada Rouge, and followed that up with the coup de grace of nearly getting hit by a passing car as I stepped out of the taxi in front of the Hotel Tivoli. What can I say? My situational awareness today has been poor. 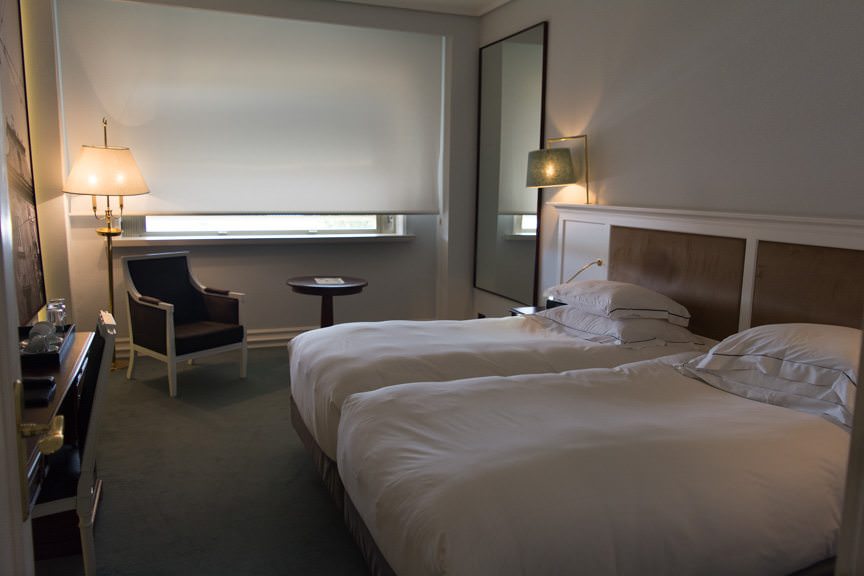 However, it snapped into focus when I arrived at the reception desk and gave my last name. Instead of pulling up my reservation, there was much typing of the keyboard behind the desk. The kind-but-worried clerk looked down at his concealed monitor and then back up at me. “I’m afraid we don’t have a reservation under that name.” 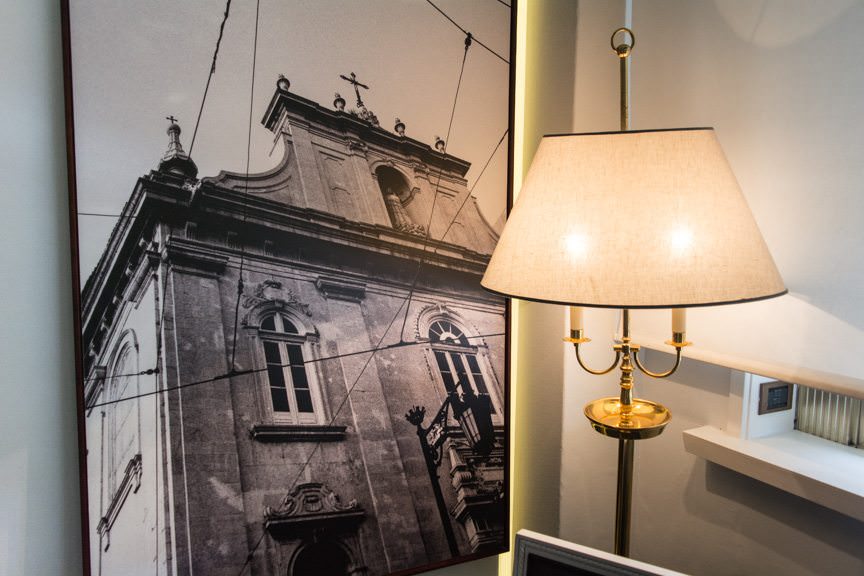 Love the black-and-white historic shots of Lisbon interspersed throughout the guest rooms and the hotel itself! Photo © 2015 Aaron Saunders

I must have noticeably paled, because quickly myself and two other guests were whisked towards the Viking River Cruises hospitality desk off to the left. Our program director, Marlene, greeted us and led us into the hospitality room where water, coffee, and tea are available. We filled out a quick informational form for the hotel (passport details, etc.) and then we were handed our keycards for our rooms, which were already ready for us.

Given the fact that it was barely after 12:30 p.m. and normal check-in time isn’t until mid-afternoon, I considered that to be pretty good. There’s nothing worse than arriving to a hotel after a long set of flights, only to learn that your room – and your refreshing shower – won’t be happening for a few more hours. 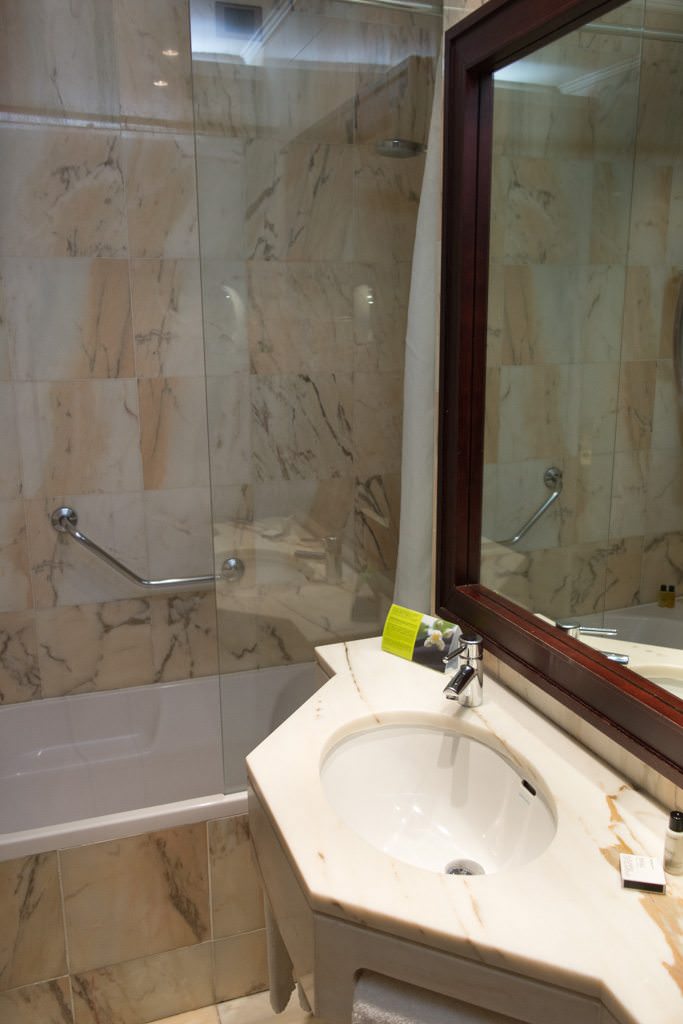 The bathroom is small but functional. In other words: typically European. Photo © 2015 Aaron Saunders

Located on the fifth floor, my room is on the small side of what I’d be used to in North America, but this is Europe, and small is economical. Make no mistake, though: these rooms are plenty comfortable, with soft, yielding beds and all the expected amenities. Electronic metal shutters help to keep the heat of the day out, and retractable blinds help to keep the room at the desired brightness.

What I like about the Hotel Tivoli Lisboa is that it perfectly mirrors the kind of quality and attention to detail that I would expect from Viking for a pre-cruise hotel. Viking is nothing if not careful about the properties they choose and to that end, they’ve selected a property that is locally-run, locally-influenced and locally-inspired to partner with. 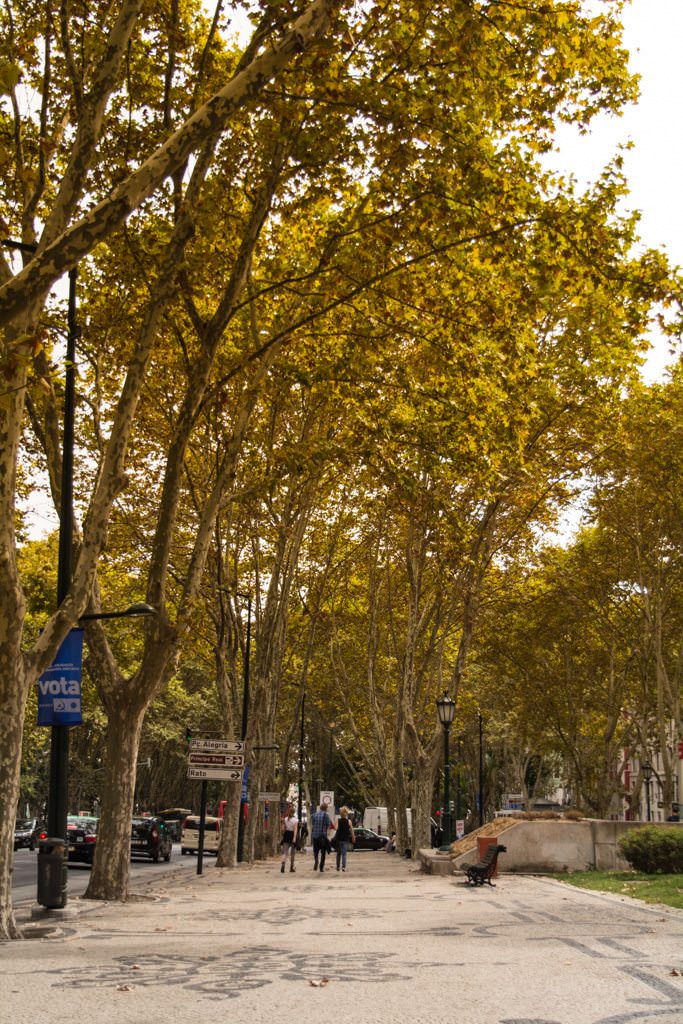 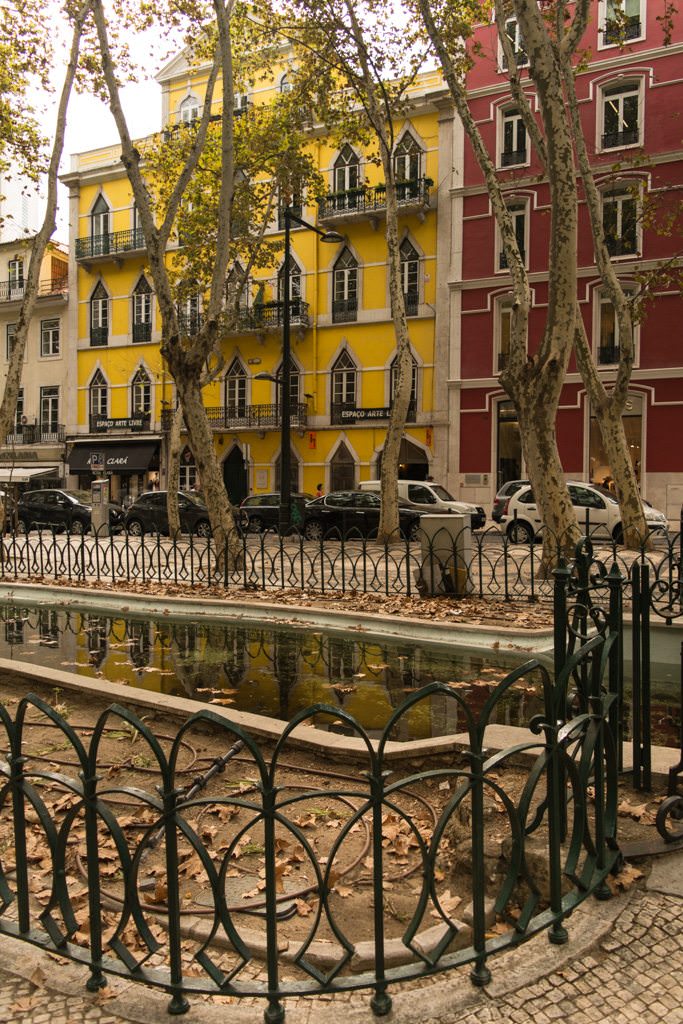 Lisbon recalls a sense of deja-vu in the experienced traveller, with shades of Amsterdam, Venice and Buenos Aires. Photo © 2015 Aaron Saunders 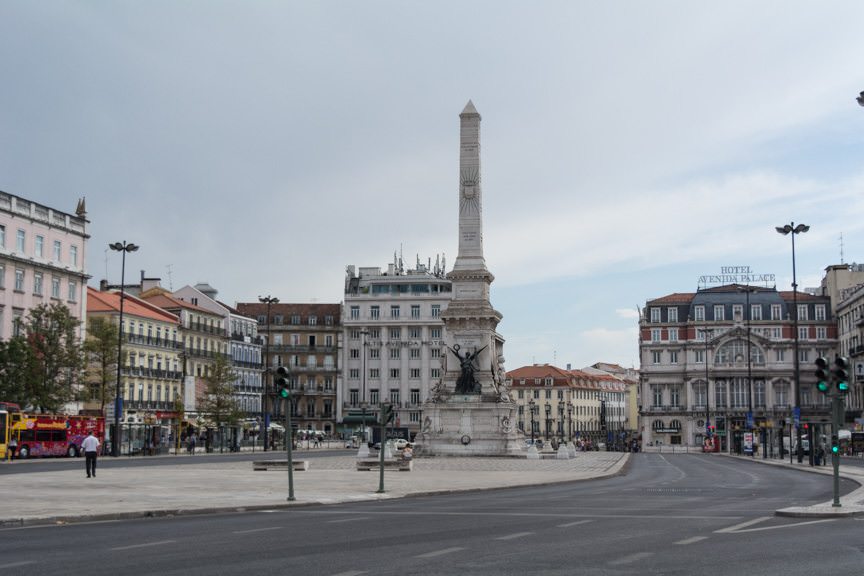 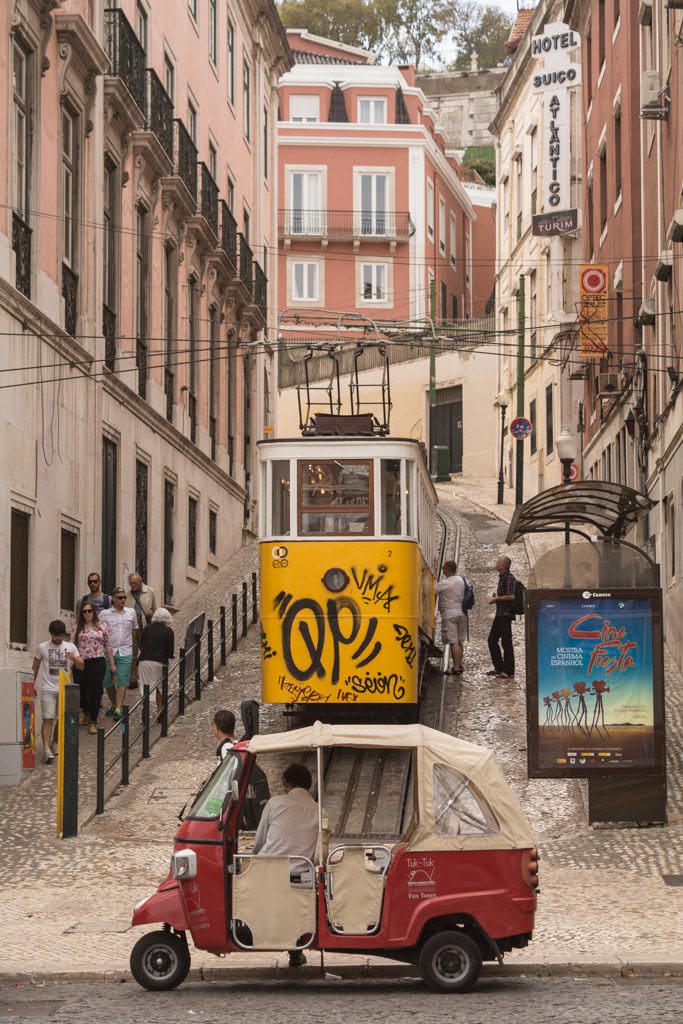 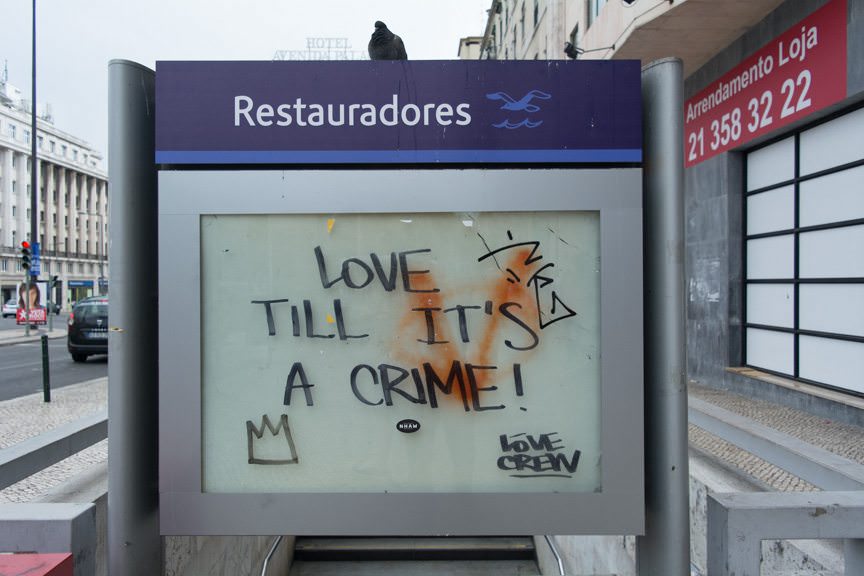 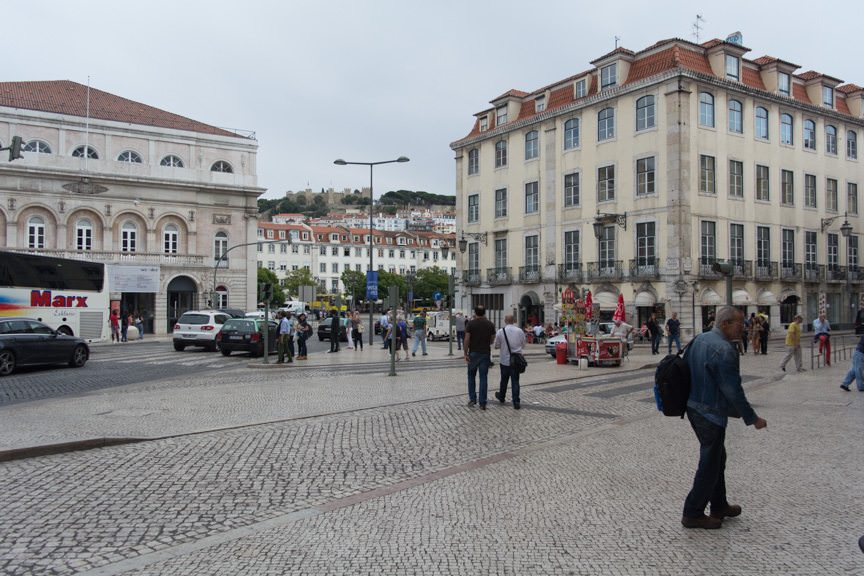 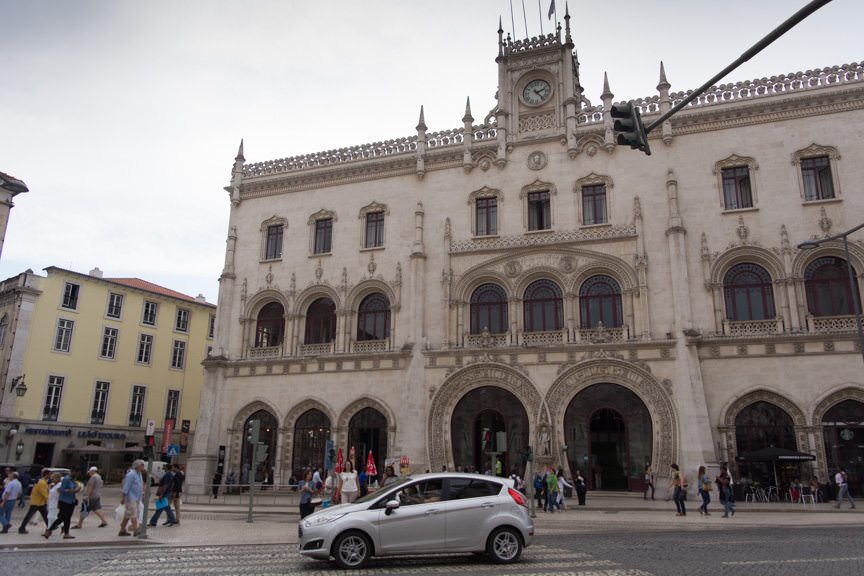 Lisbon’s architecture is striking. This is actually a Starbucks Coffee, believe it or not. Photo © 2015 Aaron Saunders

After an afternoon of exploration in Lisbon, I returned to the Hotel Tivoli Lisboa for a cocktail party for the small Viking Social group that I am fortunate to be a part of. You can follow all the festivities on Twitter by following the hashtag #VikingSocial.

Overlooking the city of Lisbon, we enjoyed cocktails, wine, champagne and both white and red sangrias as the sun began its slow descent into the black nothingness of night. But sunset over this beautiful city is pleasant and drawn-out; like the embrace of two lovers. 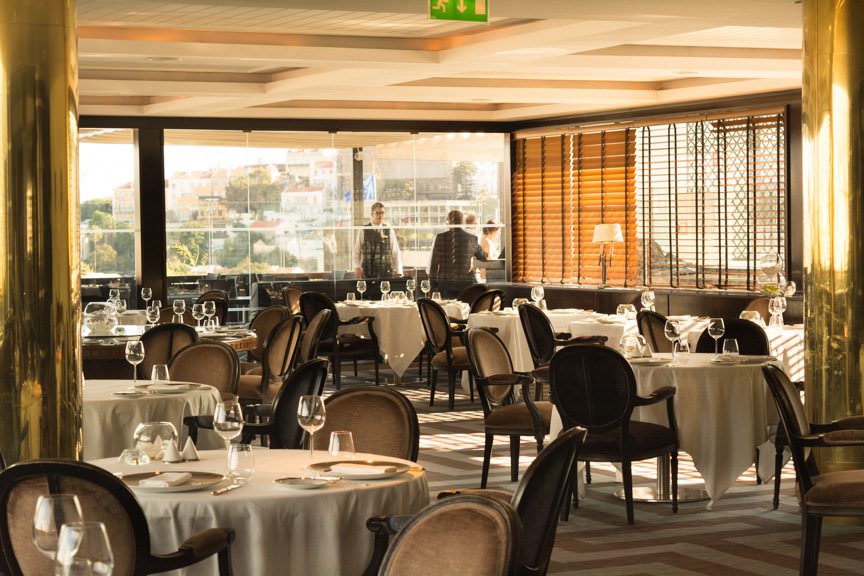 Sunset inside the Terraco Restaurant on the 9th floor of the Hotel Tivoli Lisboa. Photo © 2015 Aaron Saunders

Lisbon is the capital and largest city of Portugal, with an estimated population of 552,000 inhabitants within the city limits. The larger urban area accommodates just shy of three million people. It is also a city that, despite its explosive population, has managed to retain a sense of old-world European-ness that is missing from many cities of a similar size. In fact, it reminded me more than a little of Buenos Aires, Argentina.

I was here three years ago, to quickly disembark one ship and re-embark another. Since I basically saw the pier and the airport, I’m more than excited to be here for the first time, and to properly explore Lisbon. 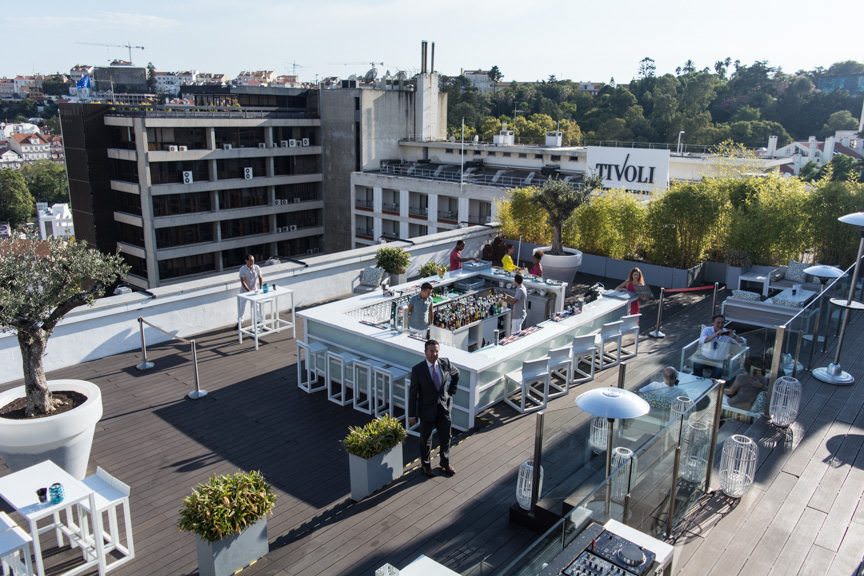 The hotel’s Sky Bar is the place to be on a nice evening like this! Photo © 2015 Aaron Saunders

The view from the Hotel Tivoli’s Sky Bar on the rooftop floor is amazing. It also really helps to set the stage for what we will be seeing tomorrow, when we will have the opportunity to view this fascinating city up-close and in person

First up is Viking’s included Panoramic City Tour, which will feature visits to the Jeronimos Monastery and The Toer of Belem – both of which are UNESCO World Heritage Sites. I love city and walking tours, and Viking arranges theirs especially well. But that’s not the only stop on this overland journey through Lisbon. 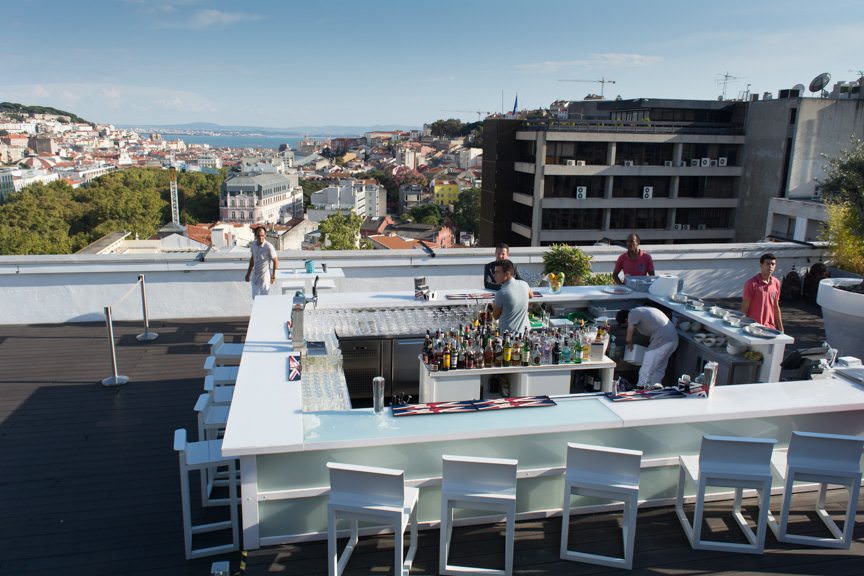 Later on tomorrow, I’ll be testing one of Viking’s optional Excursions: an afternoon trip to the National Tile Museum, where we will learn about the centuries-old history and production of the iconic Portuguese ceramic tiles known as azulejos. We’ll also get to take a crack at producing our very own tile, which should be a lot of fun! At a cost of €44 per person, it’s also an affordable and fun optional excursion. 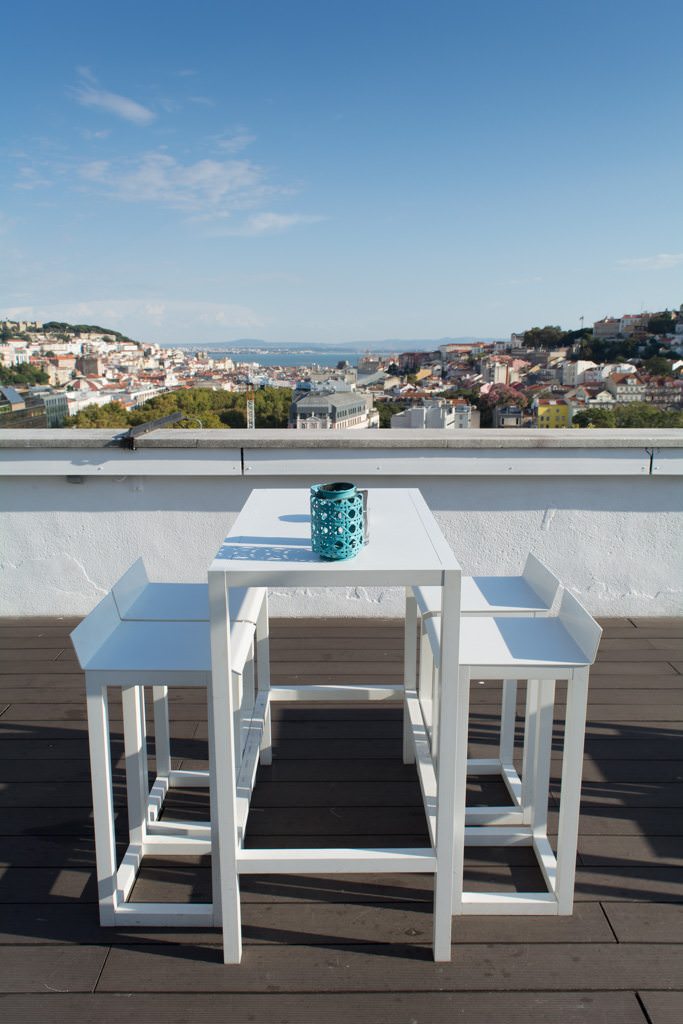 Finally, we’ll end our day with a dinner and Fado performance out on the town in Lisbon, at a restaurant inset into the walls of the Independence Palace. This is also an optional excursion, running at €89 per person, but in my opinion it should be well-worth it: Fado is Portugal’s traditional, soulful music, and it’s wondrous to hear in person. I can’t pass it up. Ditto for the idea of dining out in Lisbon. I am eager to see what venues Viking has chosen for this evening.

So, given my jet-lagged, over-tired state of mind, my first day on this river cruise adventure through Portugal has definitely started off on the right foot! 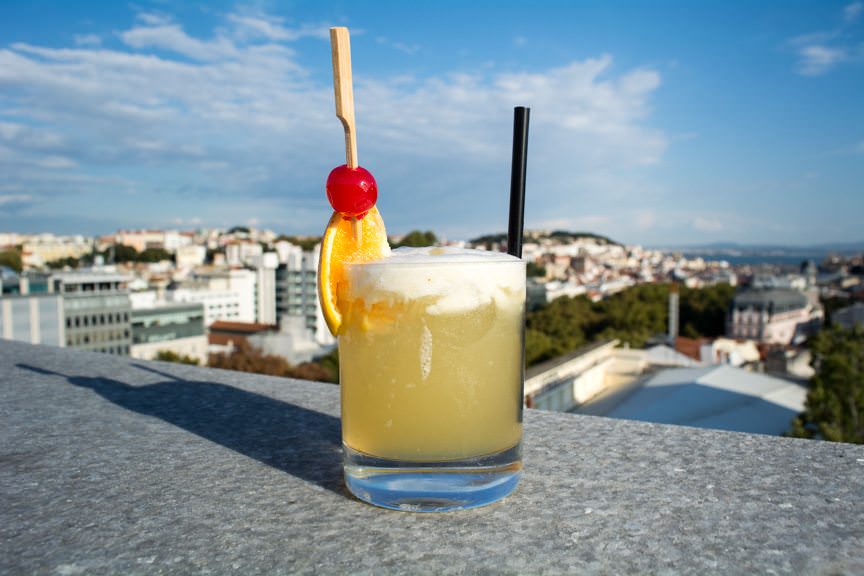 Our Live Voyage Report from onboard Viking River Cruises’ Viking Torgil continues tomorrow as we spend the day touring Lisbon, Portugal! Be sure to follow along with our adventures on Twitter @deckchairblog.