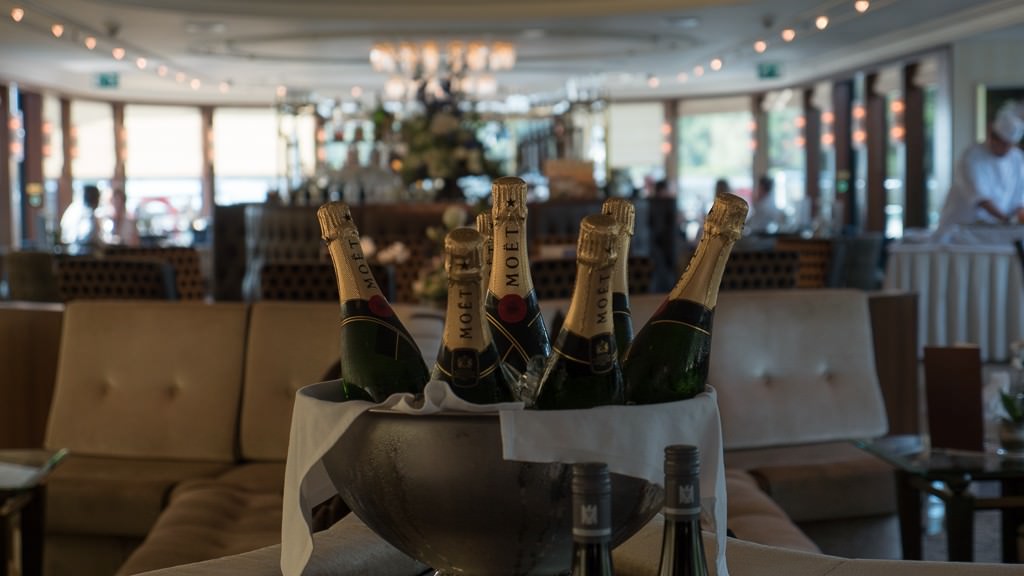 On our final night on ms Savor, we enjoyed a Gala evening with champagne, but our travel with Tauck would continue for two more nights in Vienna. © 2015 Ralph Grizzle

My last days of traveling with Tauck resembled the end of a regal procession. From my first night in Prague, Tauck had impressed me by exceeding my expectations. Late because of a flight delay, I missed the welcome dinner. Not to worry. Tauck had graciously provided me with a voucher, not just for a standard dinner at the InterContinental Prague, but for a feast on the terrace overlooking the city. In fact, I was unable to spend the entire value of the voucher. That was to be an metaphor of things to come. At every turn, Tauck’s Tour Directors would go a few steps beyond what was expected (or in the case of dinner, what was unexpected but generously given).

The days that followed were filled with enriching excursions and events where Tauck’s tour directors not only took good care of us but also surprised us with gifts, goodies and by taking every worry out of our travel. For example, as I wrote in an earlier post, for lunch in Prague our Tauck tour director Sinead gave 120-plus guests 500 Czech Koruna (about US$20) each so that we could go out and have lunch on our own. Having never experienced this on a ship or trip, I was delighted to take the note and trot off in search of lunch. Tauck made our travel comfortable and stress free, even including covering the coins needed for visiting public toilets

With 90 years of experience in leading guided land tours, it should go without saying that Tauck’s excursions were executed flawlessly, with some of the best local guides I have encountered, and three wonderful Tour Directors who traveled with us from start to finish. 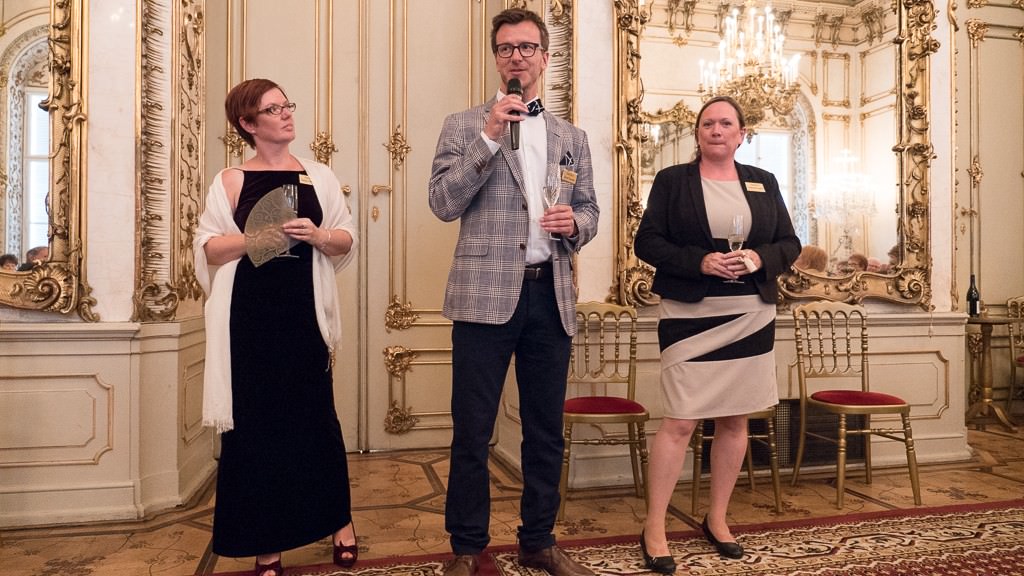 Our Tauck Tour Directors proposing a toast on our final night in Vienna. © 2015 Ralph Grizzle

I particularly enjoyed our tour to the UNESCO World Heritage listed Cesky Krumlov. It was also nice to have time to cycle on my own and with other another guest along the banks of the Danube using the complimentary bicycles on ms Savor.

On board ms Savor, there was a Tauck Cruise Director, Steve, from Canada, in addition to the three Tauck Directors who traveled with us from Prague to Vienna. Other river cruise companies typically have just a single Cruise Director, but with Tauck we had four professionals attending to the needs of 120 guests on our cruise. And that’s in addition to the Swiss-management company’s staff running the hotel and dining operations on ms Savor.

As I noted in previous posts, all excursions, all gratuities, meals at unique dining venues ashore, airport transfers and more are included in Tauck’s prices. Likewise, all beverages are included on ms Savor. Belly up to the bar anytime for a beer or a martini in the Panorama Lounge.

Aside from the excursions and events, I also enjoyed my category 3 Loft cabin. If you haven’t seen the video of this extraordinary 225-square-foot stateroom, you can check it out here.

The regal procession of events during my time with Tauck brought me to the final night, the coronation. 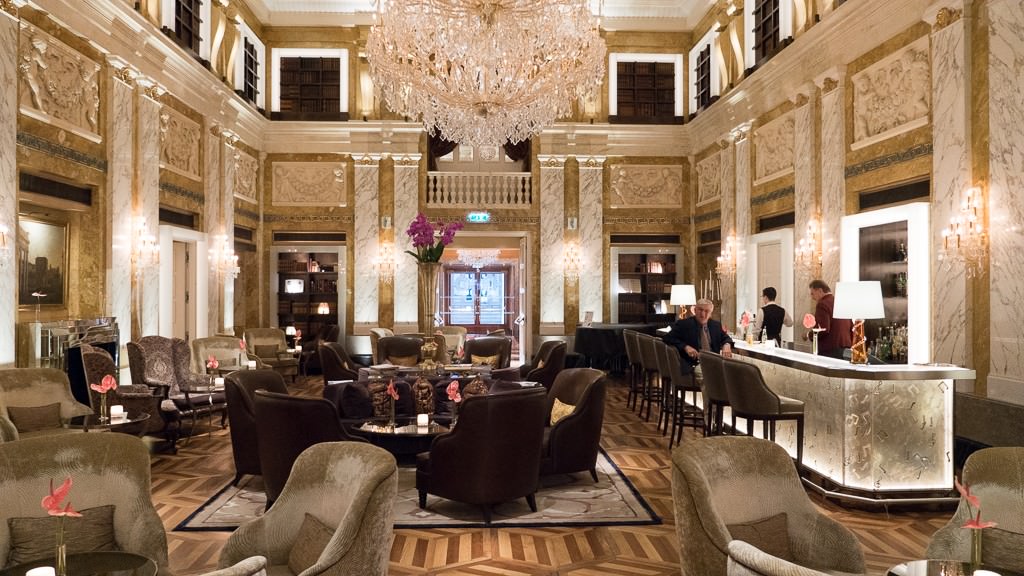 Tauck put us up in Vienna in the Hotel Imperial. © 2015 Ralph Grizzle

After we disembarked ms Savor in Vienna, Tauck put us up in the gorgeous Hotel Imperial, where we stayed for two nights. We spent the first day touring the city’s fabulous landmarks, with a choice of museum tours: the Belvedere, an opulent 18th-century palace and former residence of Prince Eugene of Savoy, housing masterpieces from the Medieval to Art Nouveau and Modern (including works by Gustav Klimt and Egon Shiele); the Fine Arts Museum (founded by the Habsburgs in the 19th Century to exhibit their vast, eclectic art collection – the museum is a work of art itself); or the House of Music, featuring imaginative interactive exhibits on famous composers (where we can actually “conduct” the Vienna Philharmonic).

On the second night, we enjoyed an evening with dinner, dance, opera and classical music performances at the privately-owned Palais Pallavecini in Vienna. The palace, which dates back to 1784, was outstanding, with its opulent and expansive rooms. We felt like royalty as we were welcomed with champagne and music, followed by a grand dinner that began with a greeting from the 14-year-old princess whose family owned the palace. I would imagine that only Tauck could pull off such a spectacular event with a greeting from a princess. 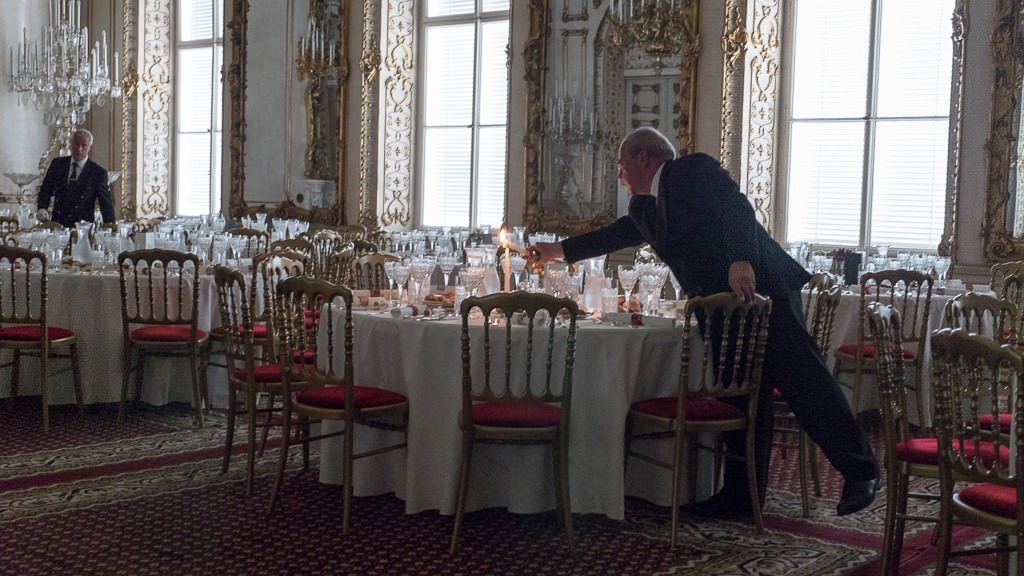 Setting the tables for our dinner. © 2015 Ralph Grizzle 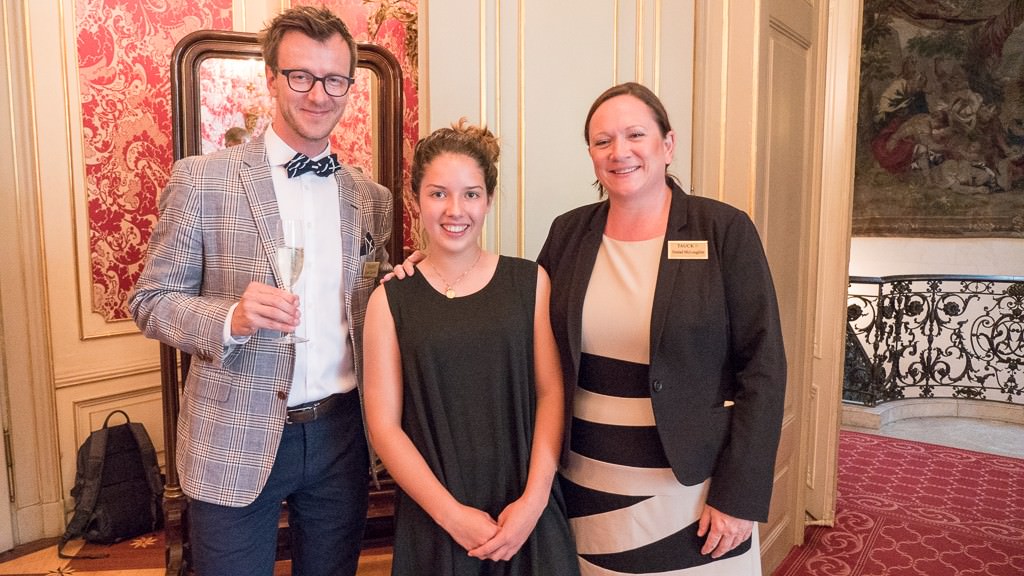 Our Tauck Tour Directors with a young princess. © 2015 Ralph Grizzle 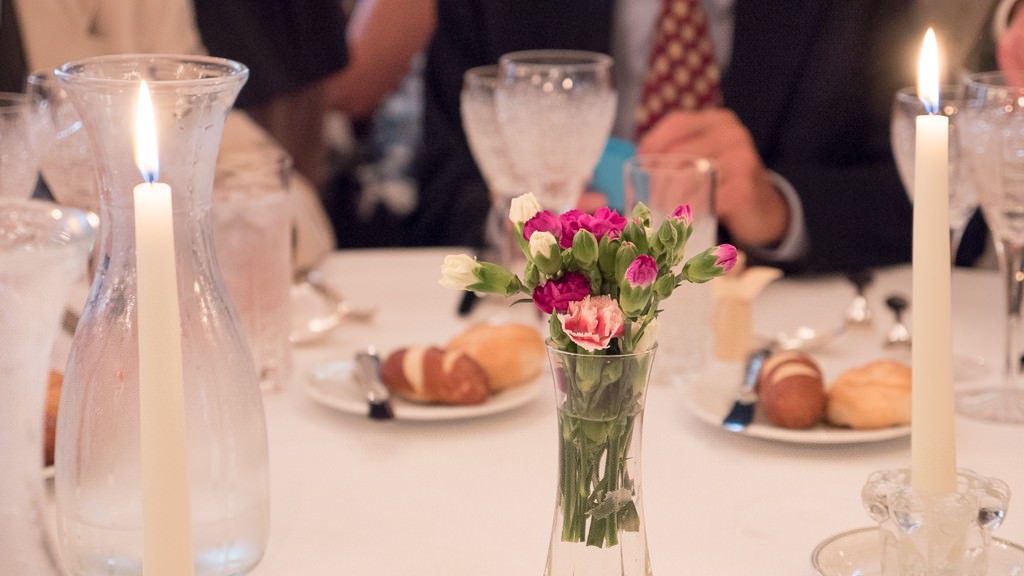 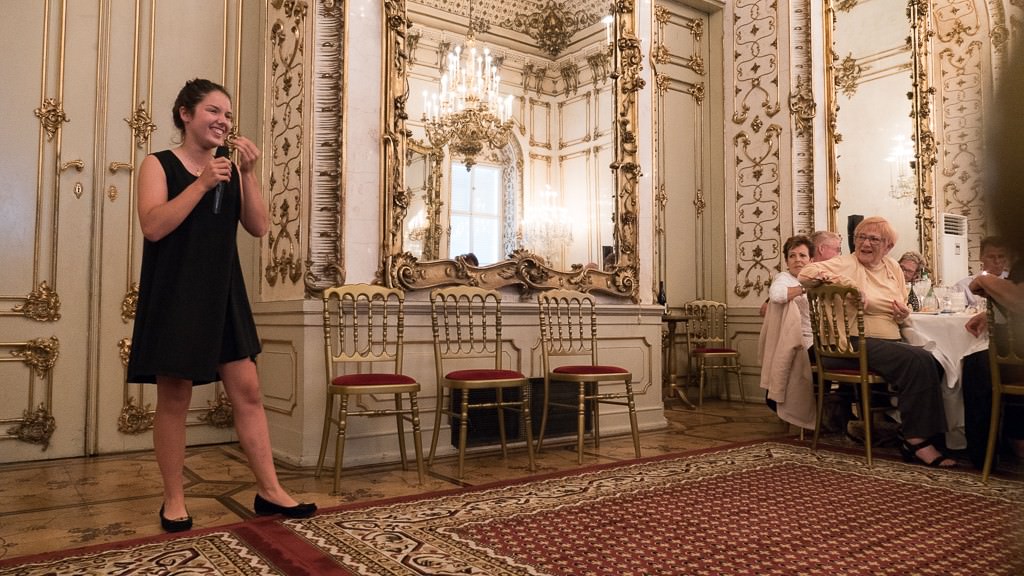 A princess welcomes us. © 2015 Ralph Grizzle 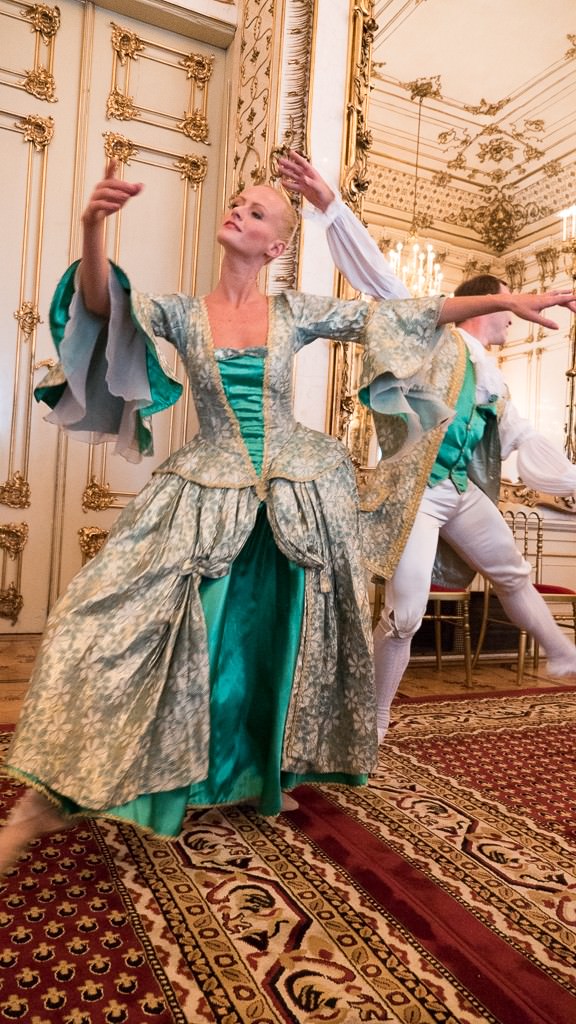 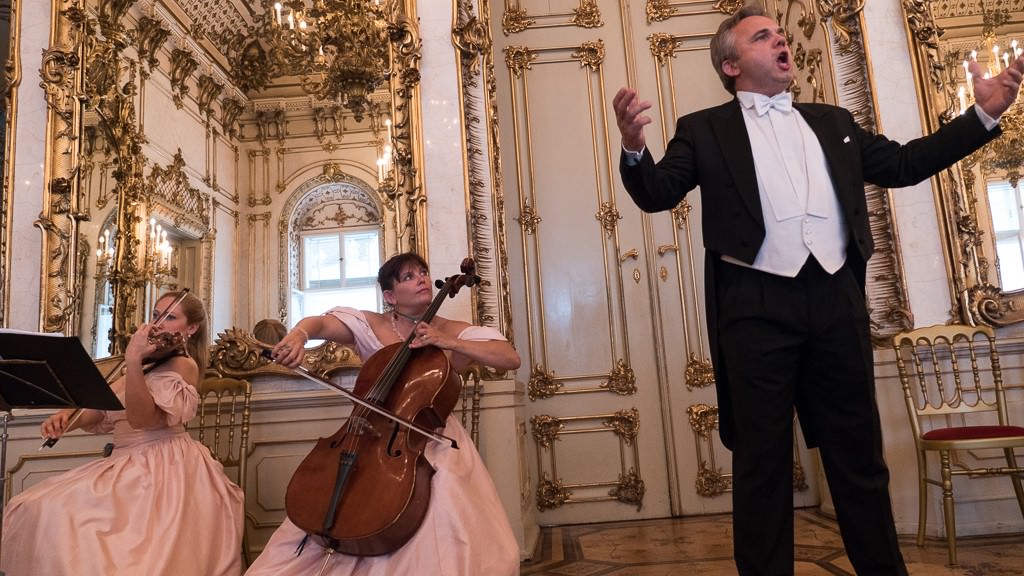 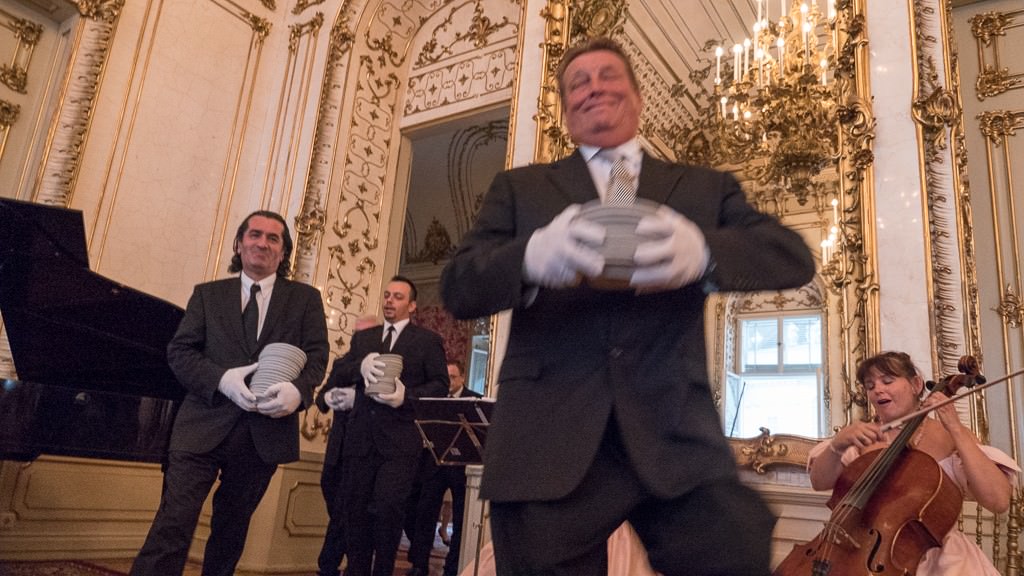 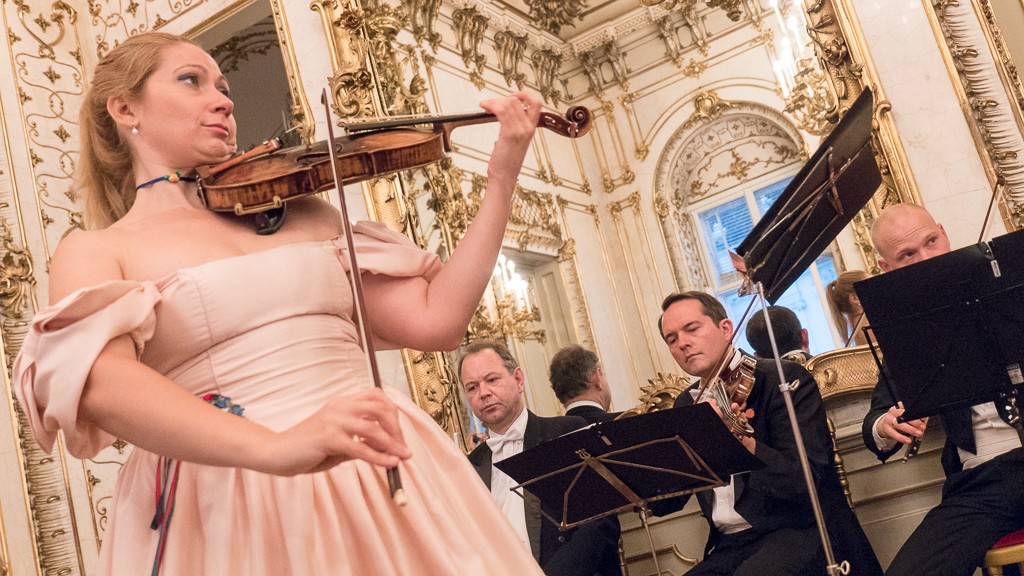 So what’s my take on Tauck’s river cruise offerings? With regard to the cruise component, Tauck certainly stands shoulder-to-shoulder with Uniworld and Scenic as a leader in the all-inclusive luxury segment among river cruisers. With regard to the tour component, Tauck sets itself apart — as it has done for nearly a century — by going a few steps beyond what is expected. You couldn’t ask for better than that.