One of our absolute favorite things to do while river cruising throughout Europe is to take a bike out for a spin. Most European cities and towns are ridiculously bike-friendly, and even long stretches of the Danube are navigable thanks to the old tow paths that were originally intended for horses to help ships travel upstream, but which have now been converted into cycling paths for all to enjoy. 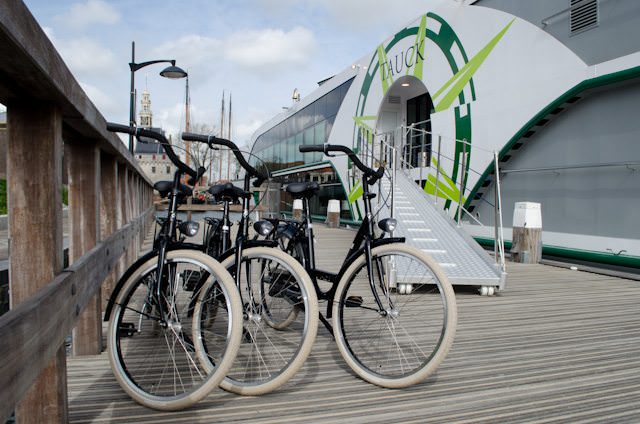 Cycle your way through Europe on your next river cruise. Photo © 2014 Aaron Saunders

Many river cruise lines offer complimentary bicycles that are carried on your river cruise ship (for a full list of who does and does not offer onboard bicycles, consult our chart here). A few lines even offer fully-guided cycling tours in select ports of call.

But even if your ship doesn’t offer complimentary bicycles onboard, most major European cities like Amsterdam and Budapest will rent one out to you for the afternoon for next-to-nothing.

We’re avid cyclers here at River Cruise Advisor, and Europe is one of the best places in the world to go for a ride. There are a lot of people riding out and about in Vienna and Frankfurt, but how do you get started cycling through Europe – and what should you know before you straddle the saddle? Have a peek at our friendly guide: 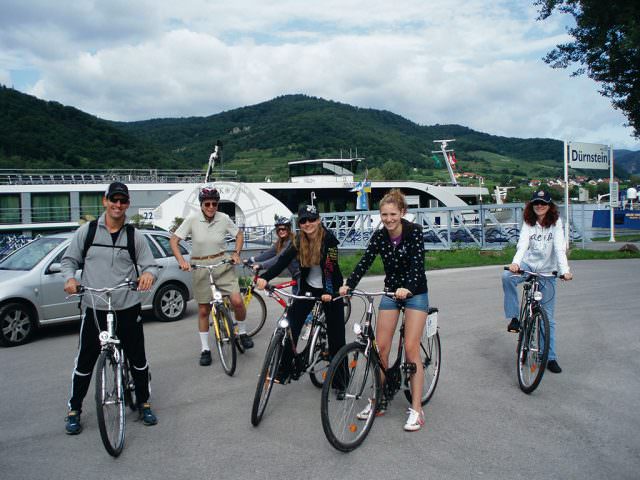 Perhaps the most important rule when cycling in any European city or town is this: Much like driving a car, stopping in the middle of a bicycle lane because you’re not sure where you’re going is a strict no-no. If you need to pull over, just as you would do if driving a car, move over to the absolute shoulder. Extend your right arm out so that people behind you will know you’re planning to turn to your right. If you approach cycling as if you were driving a car, you’ll do great.

To Plan or Not to Plan 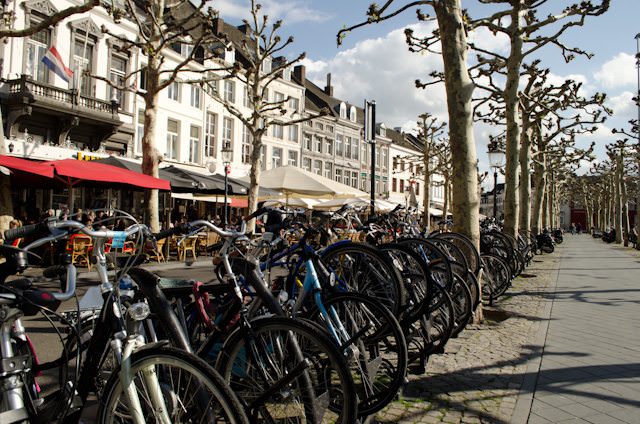 Cycling is a way of life in many European countries, and more and more river cruise ships offer complimentary bicycles. How do you roll in Europe? Check out our guide. Photo © 2014 Aaron Saunders

Which brings us to our next point: To Plan, or Not To Plan? Sometimes the most rewarding cycle is one where you don’t plan. Always ensure you have a map, of course, and follow marked bicycle routes, but having a destination isn’t required. 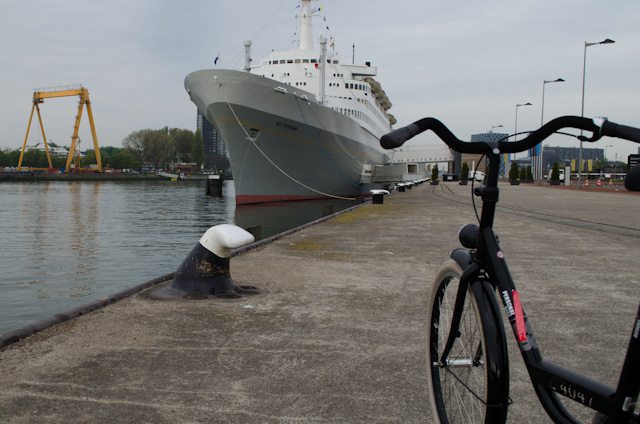 If you do have a specific destination in mind, check with the team on your river cruise ship first. Or, as I discovered last year in Rotterdam while cycling to the classic steamship Rotterdam, reading the directional signs intended for cars will get you there. Major tourist attractions will all have signs that can usually be read clearly from the marked bicycle paths. All I had to do was read the signs, and I cycled the seven kilometers there without ever needing to take out my maps. 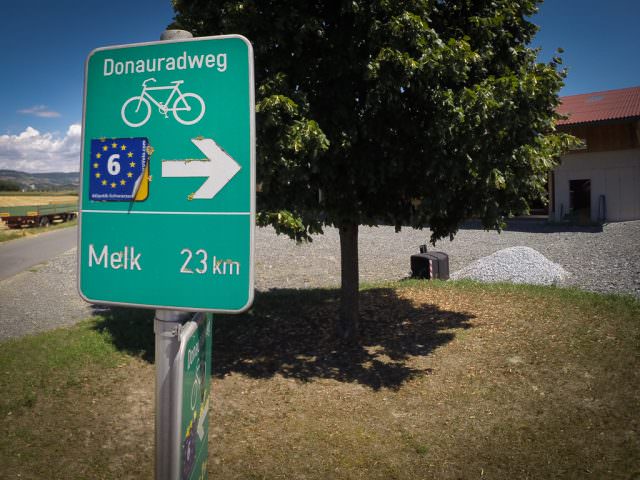 Speaking of signs, they can be some of the most daunting aspect for cyclists, particularly ones from North America. Signage in Europe is different from that used in the United States, and knowing where you’re going – and who can go there – plays a huge role in your cycling experience.

Canadians may fair better with some of this, as all distances are measured in kilometers or meters. Quite often, you’ll see signs with the names of towns on them, followed by a number. For example, Hoorn 8 means the town of Hoorn is eight kilometers from your present location. Signs don’t need to include the ‘km’ indicator after the number in Europe because it’s redundant: Every European country operates in kilometers.

When leaving a city or a small town, you may see a white sign with the town’s name on it, accented by a horizontal red slash. This means you’re leaving the town. Likewise, you may see a blue circular bicycle sign with a red slash through it. This doesn’t mean bikes aren’t allowed. It simply means you’re leaving the dedicated bike lane, and will now have to share the road with traffic. A No Bicycles Allowed sign gets a little more complicated: depending on the country you’re in, it will be on a white or yellow background, circled in red, and may or may not have a slash through it. 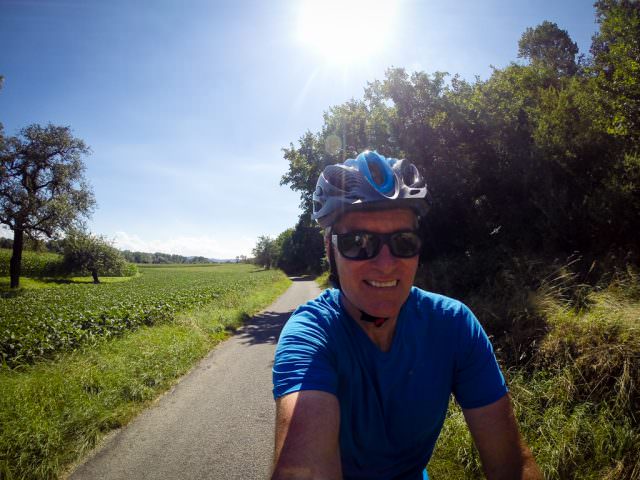 Because of the relatively short distances between many European towns along the Danube and the Rhine, it may be possible for you to cycle from one town to another, either as a day trip or to meet your ship. Check onboard your ship first to determine how far your desired destination is, and always inform the ship and ask permission to rejoin the vessel later at a different port of call.

Most importantly, have fun! Cycling can be a great way to see parts of Europe that are elusive to many cruise passengers – not to mention a great way to burn off all those calories from the food that is typically too good to pass up!